We left Tucson, AZ — after having gotten air in the RV tires and gas in the pickup — around 10:45 this morning.  The temperature was 78°.  It has not been one of our better days… 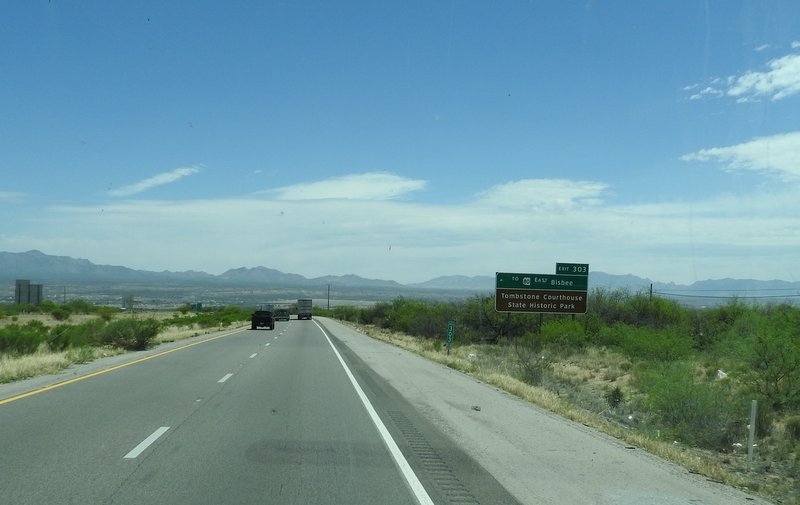 This is the farthest east I’ve been on I-10 before, the Tombstone exit. From here on I was in virgin territory. 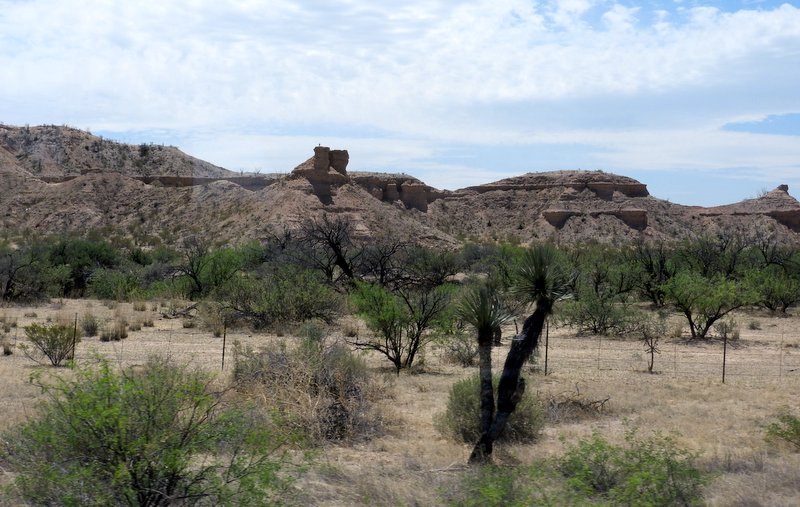 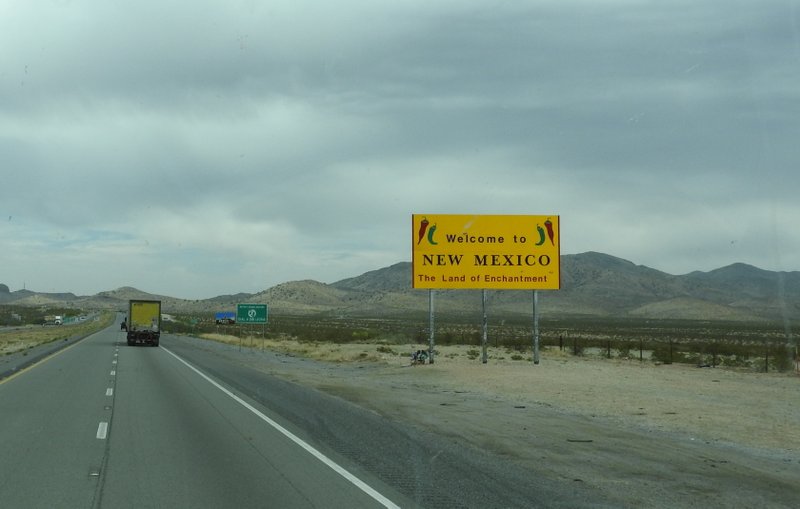 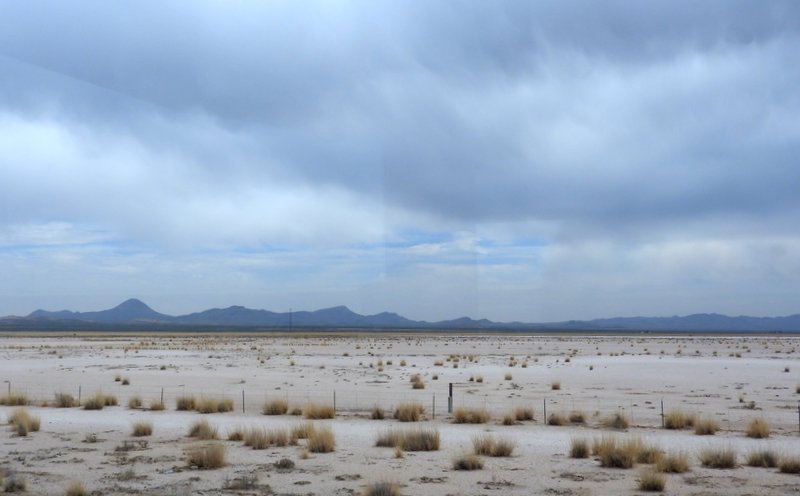 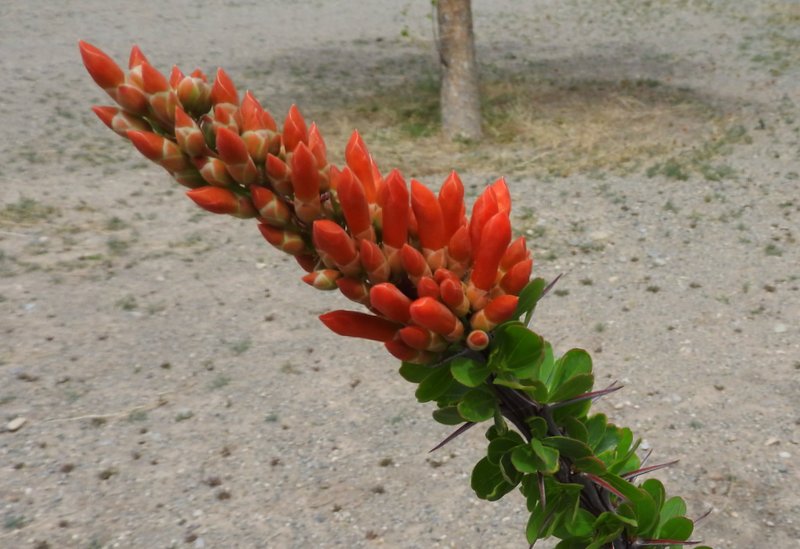 My new favorite kind of desert plant. Does anyone know what it is? 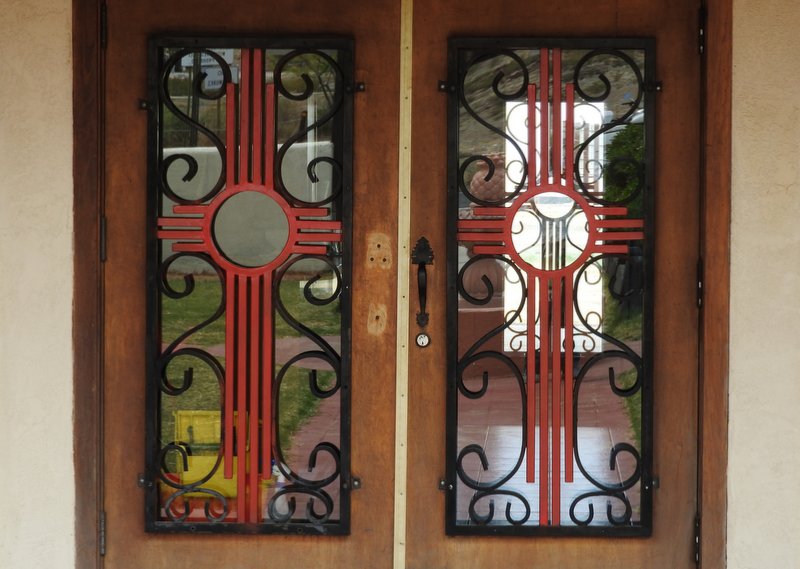 Pretty doors on the welcome center at our first rest stop inside New Mexico. 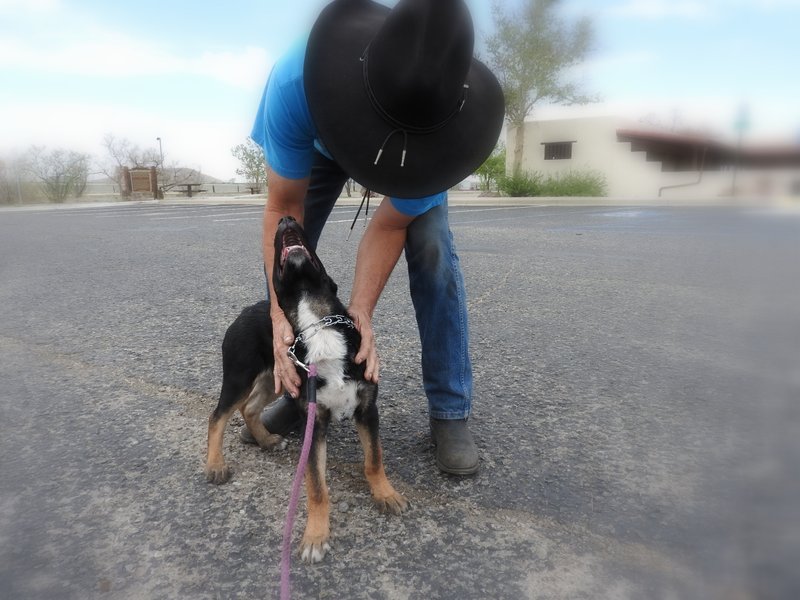 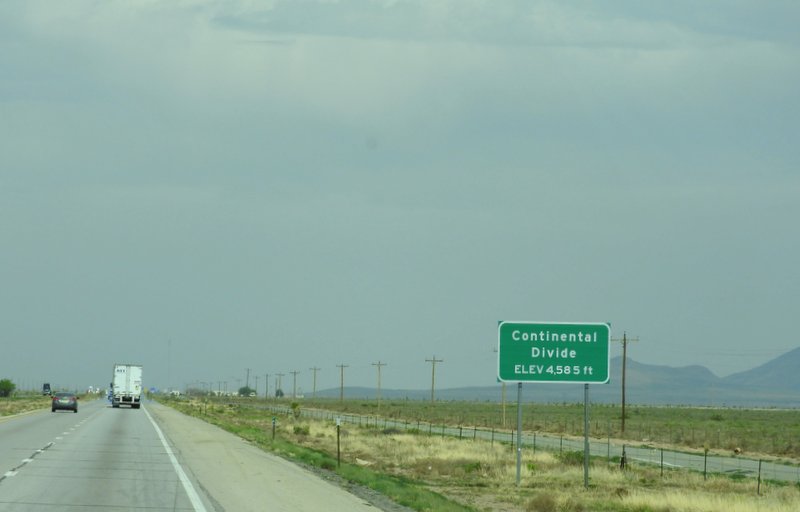 We crossed the Continental Divide!

Sometime after we crossed the Continental Divide, we turned north at Deming to head toward I-25.  That’s where the trouble started. 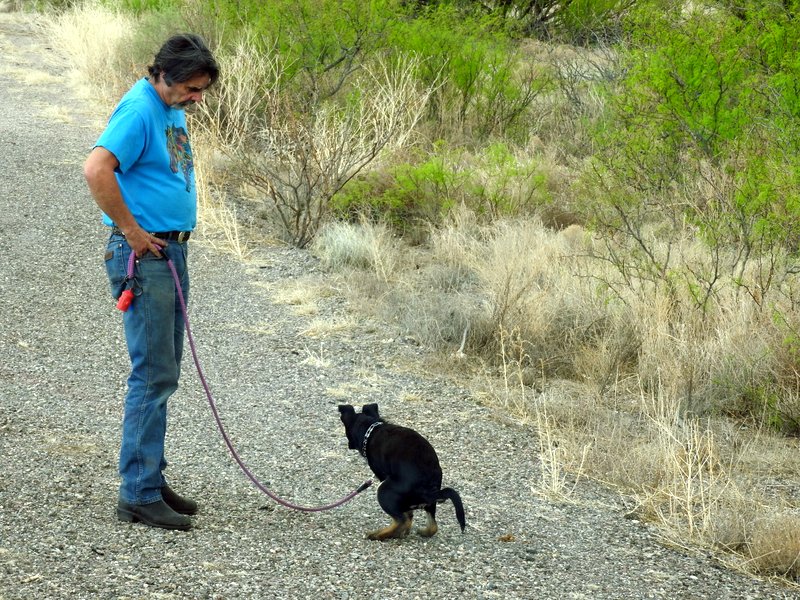 Tucson developed diarrhea. Fortunately, she let us know when she was in distress and we pulled over as soon as it was safe to do so. We had to pull over several times for her. 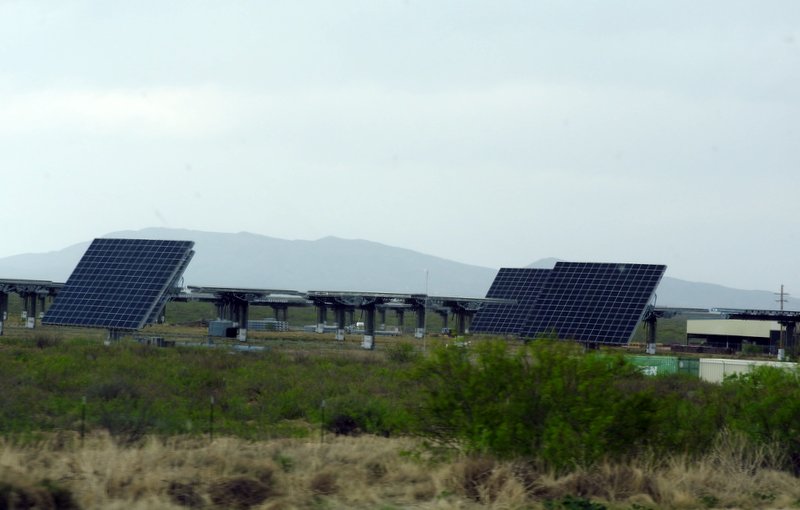 Huge solar panels that seemed to be able to be turned.  We think the flat ones are like the raised ones. 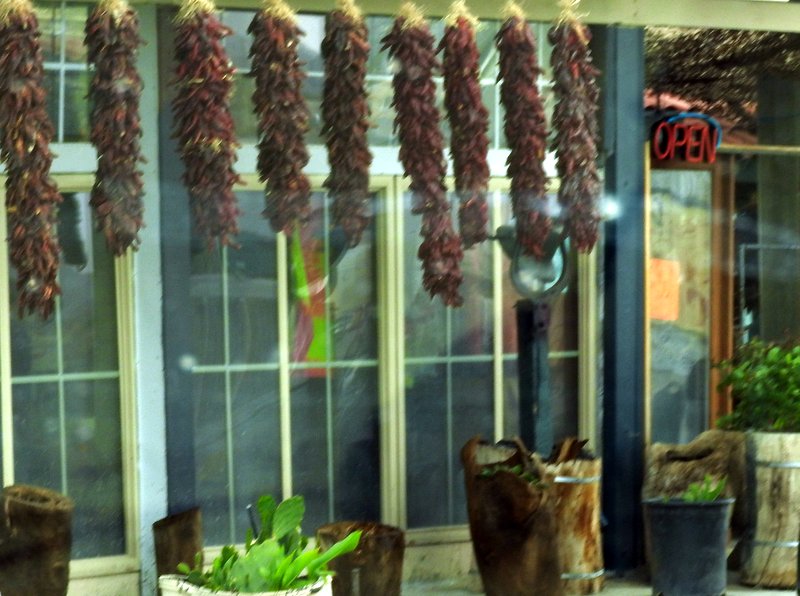 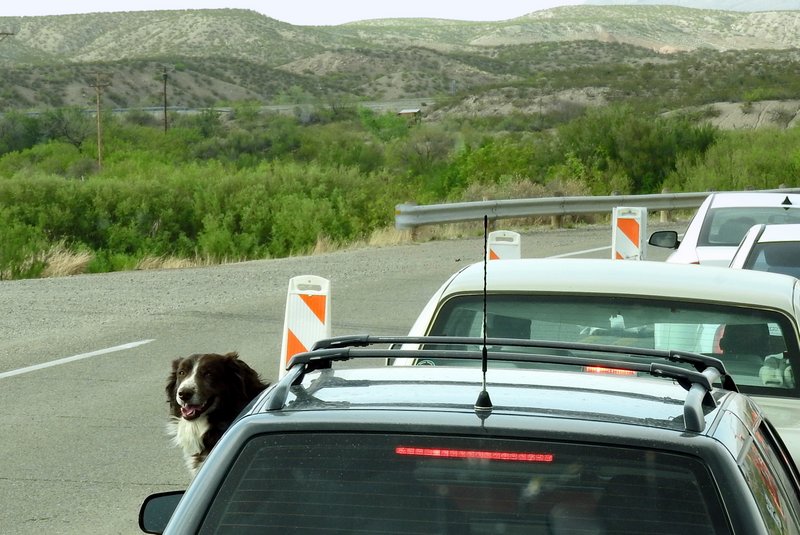 Waiting to cross a bridge under construction. My attention was caught by the dog.

This is the first time in months we’ve crossed a river that actually has water in it! 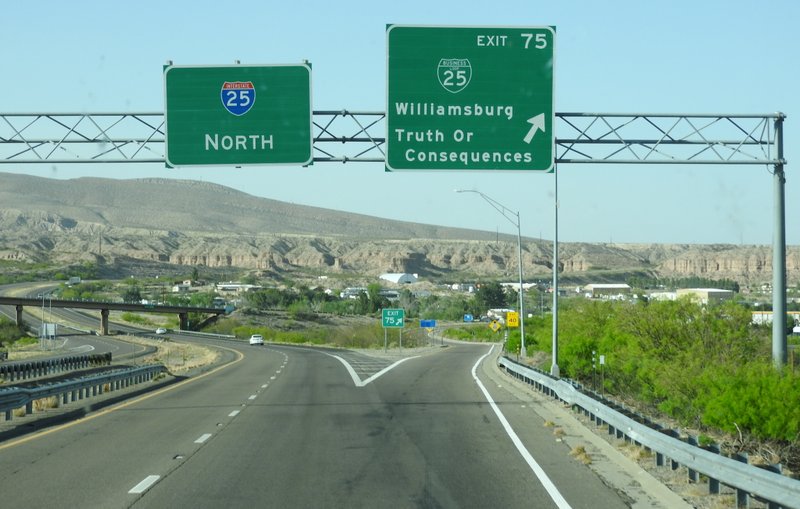 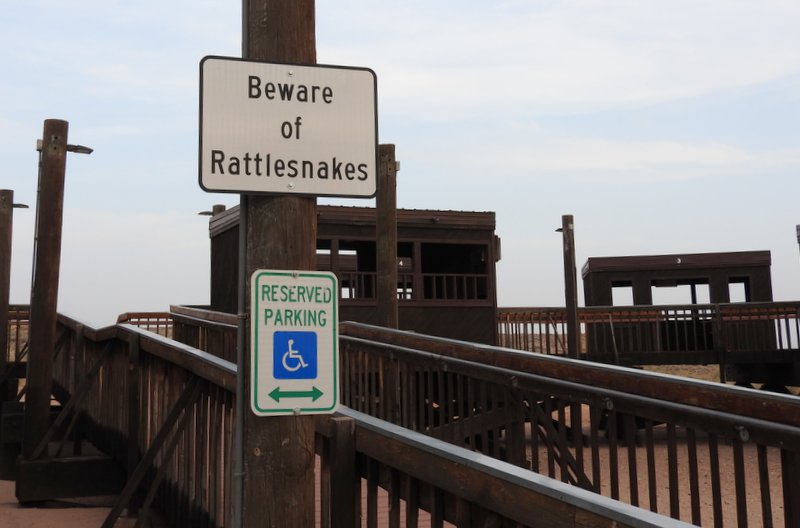 Warning at a rest stop we came to. 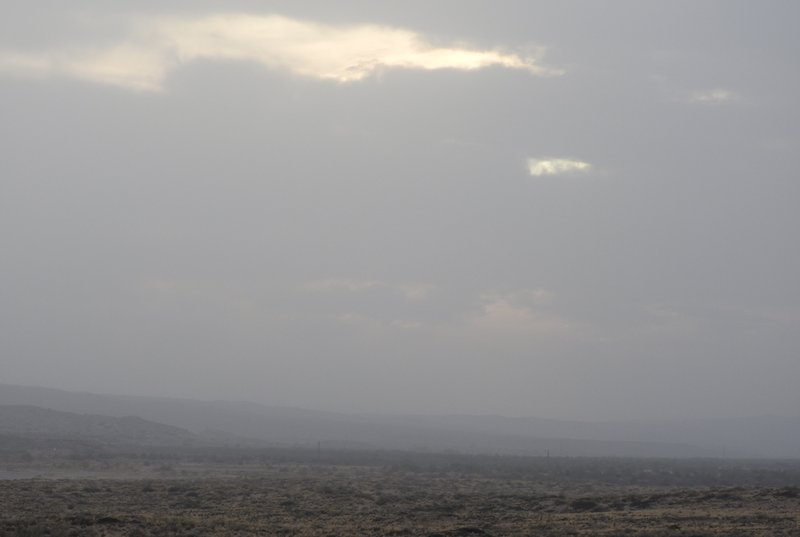 Sunset in a haze 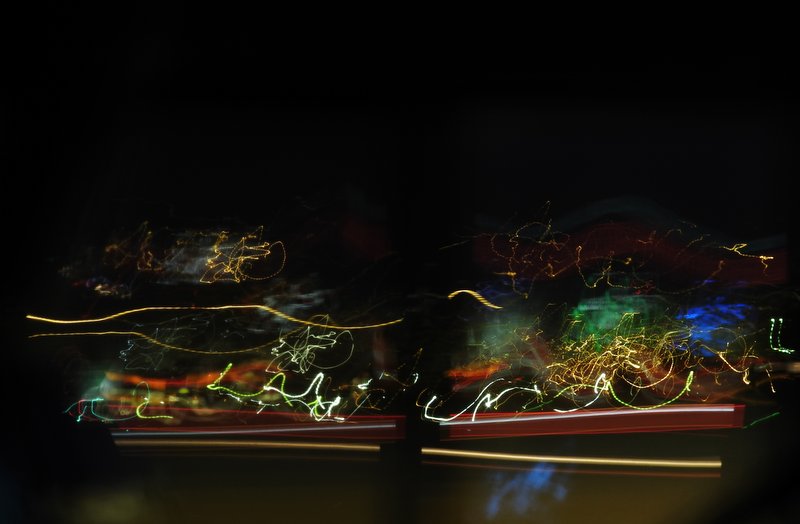 We stopped for the night at a Good Sam’s Club parking lot.  Mark tried to flip the lights on in the living quarters of our RV and nothing happened.  Earlier in the day he had tried to put a new fuse into the fuse box because something wasn’t working and it popped.  I went into the Good Sam’s store to see if I could get us anything to eat.  We had arrived at nearly 8:30 and they were going to be closing in two minutes.  I grabbed a couple sandwiches and paid for them.

I’m writing this in the light from a lantern.  Without electricity, we can’t put our bedroom slideout out, flush the toilet, or use our land line.

1 thought on “From Albuquerque, NM”