I actually returned home late Tuesday night, but this is the first time I’ve had a chance to sit down and write since I got back.  I am at my own computer now, so I have an opportunity to send the pictures I took while I was gone. 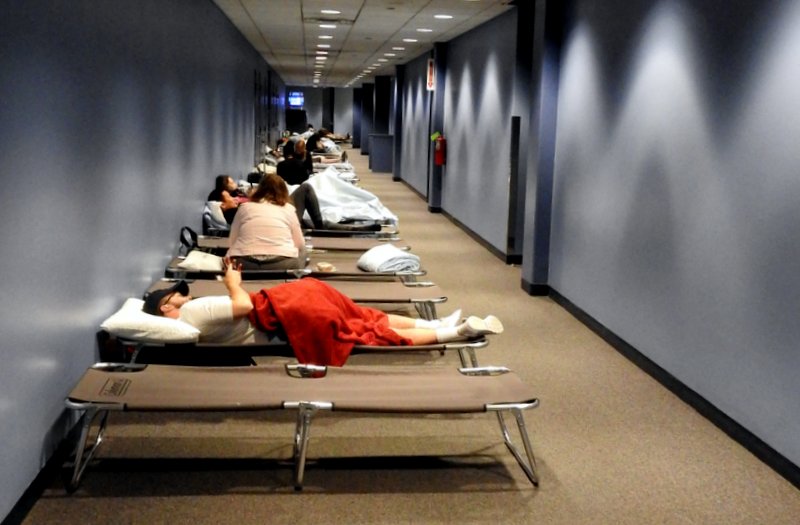 This was from the night I had to sleep at O’Hare Airport in Chicago on my way to Oregon. 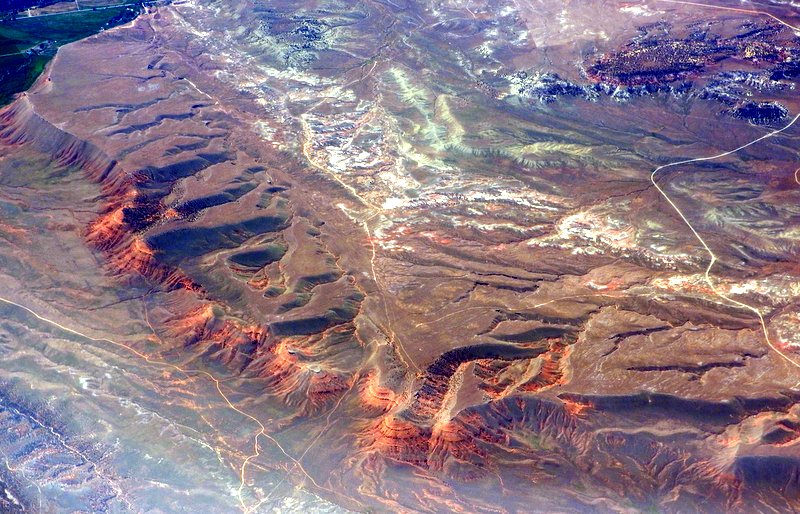 I saw this from my plane window the next day. Anybody know where this is? 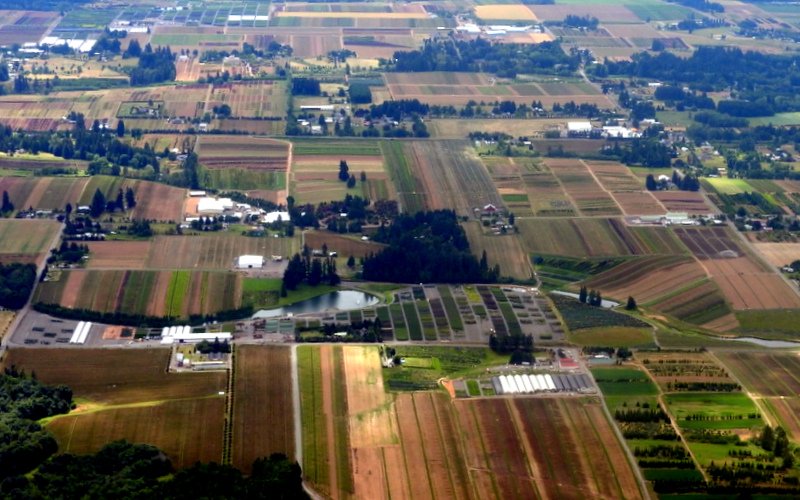 Coming down over farm country west of Mount Hood In Oregon. From the air, farm land looks like a patchwork quilt! 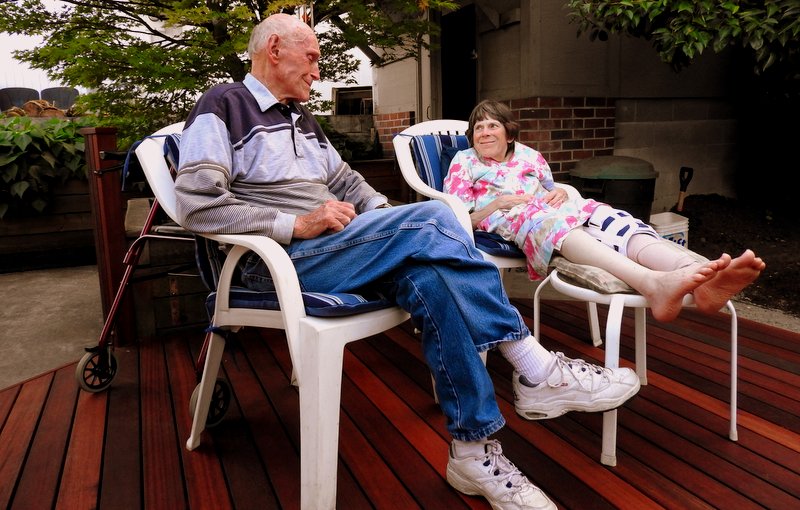 While I was there helping Sherill, she and Fred had a new deck built and they were really enjoying sitting on it and looking out over their back yard.  You can see the brace on Sherill’s left leg. 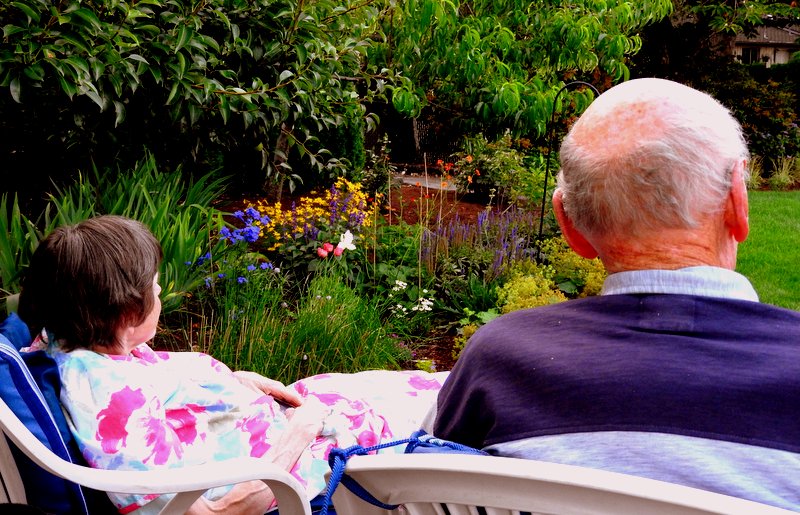 This was part of the view they had.

Sherill had an appointment on Monday to get the brace taken off her leg and I didn’t feel right about leaving until I found out how her leg was going to be without it.  It was a God thing that my flight had been canceled on the way out to Oregon because when I called the airline to see if I could extend my leave date, they said that I could leave on Tuesday with no extra charge as a result.  I took Sherill to her appointment and the doctor showed us x-rays of her broken leg before they put the titanium rod in and then x-rays of her leg with the rod in.  The doctor told her that her leg was looking good and that she could start bearing full weight on it and drive herself as soon as she felt comfortable doing so.  That eased my mind about leaving.

Tuesday morning, she went to her chemo appointment and I was at Mom’s house preparing to fly back to Wisconsin.  Sherill called to say that her chemo numbers dropped by over three hundred points from the last time they were measured.  We attribute all this good news to a prayer meeting that several men from her church had with her last week where they anointed her head with oil and prayed for her healing.  Since then, she has been claiming that healing and that God is raising her up.  God’s healing power is real! 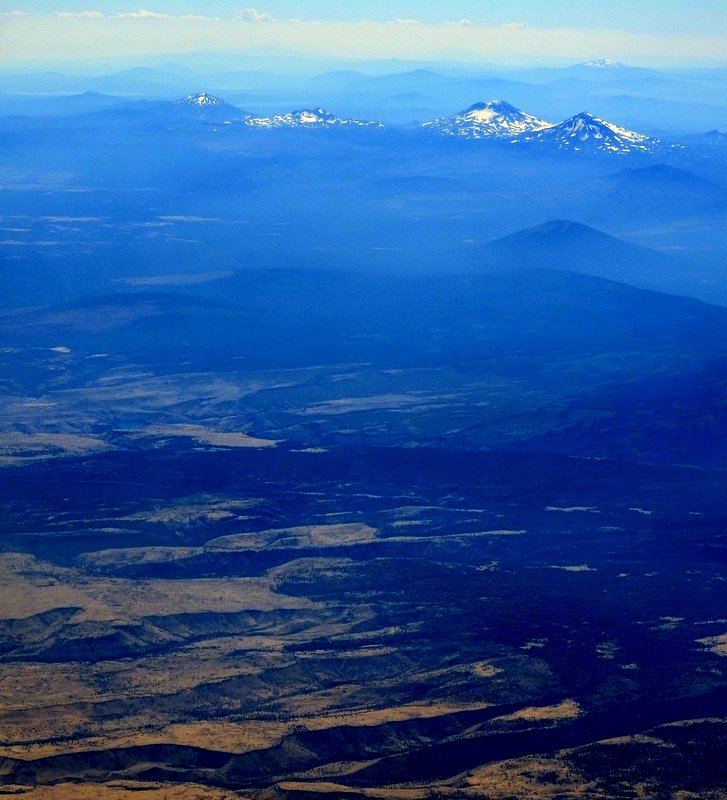 Flying back east of the Cascade Mountains…Incredible diversity! 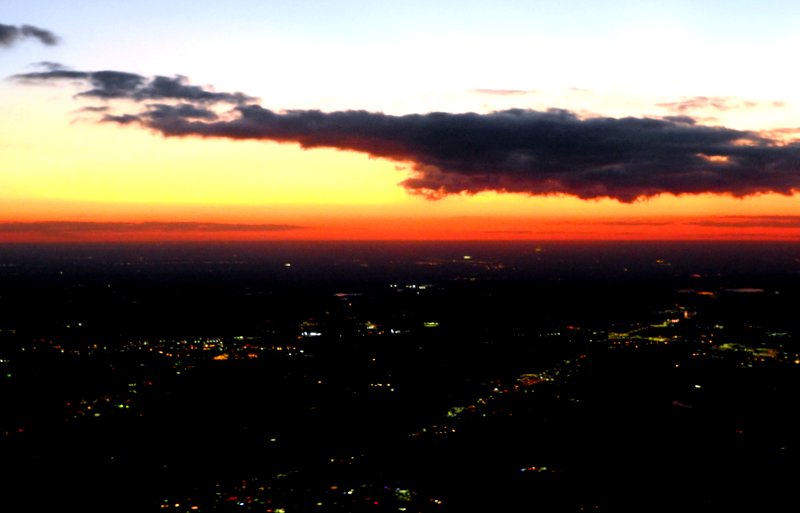 Sunset from the commuter plane between Chicago and Green Bay 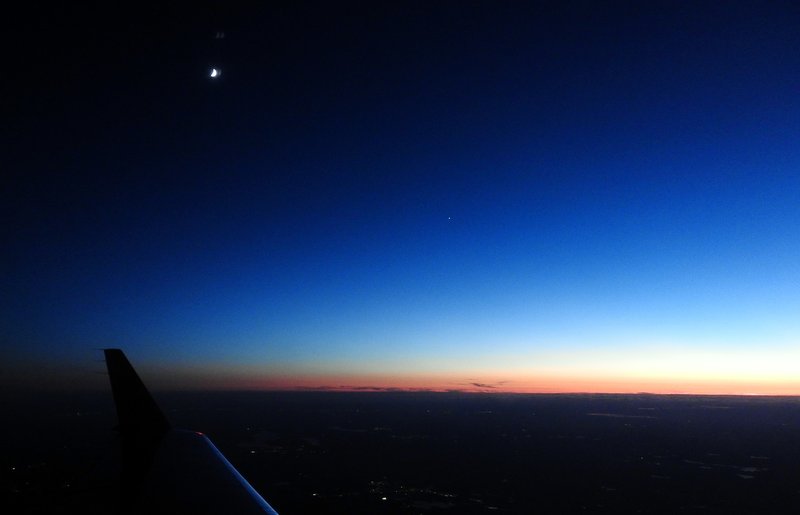 The moon was out as we were preparing to land, but there was still a little light to the west.  You can see the plane wing in the lower left corner. 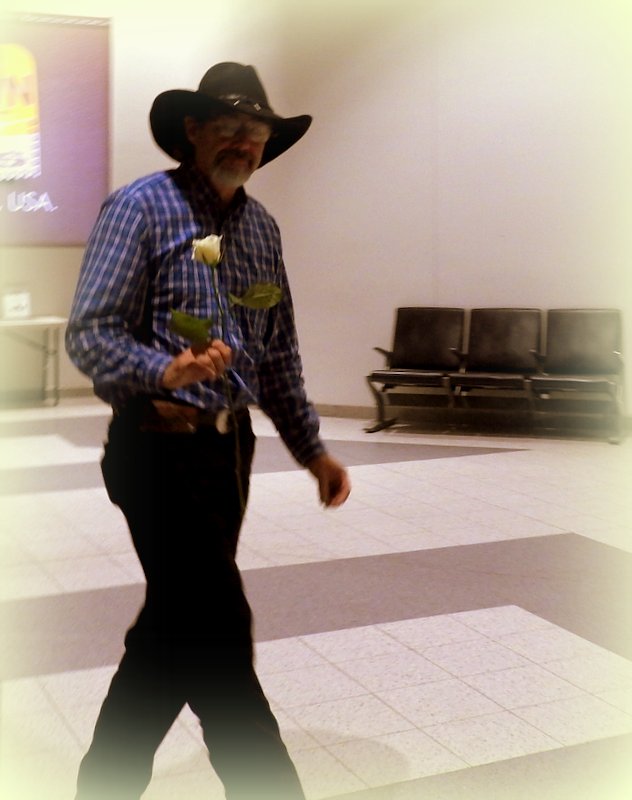 What a romantic guy!  No wonder I love him so much.  🙂

The day after my return, we got a sprinkler so that we can green up the area around our burn pile for safety.  We let Tucson test it out: 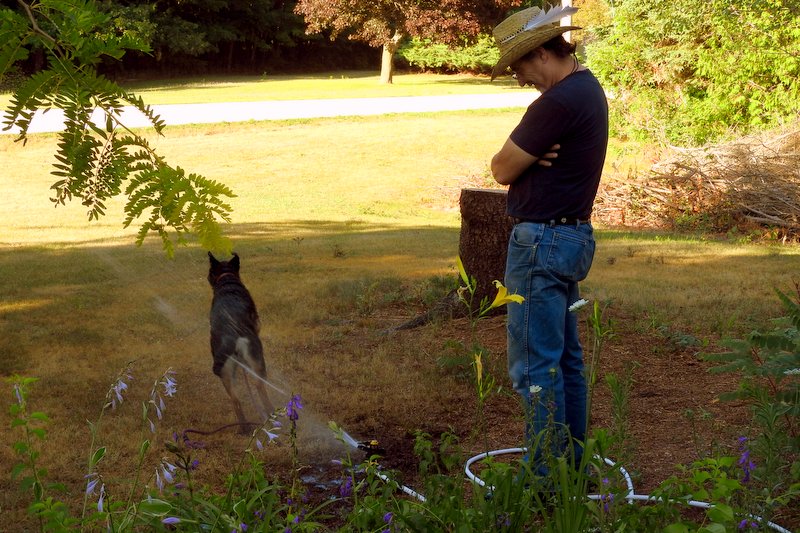 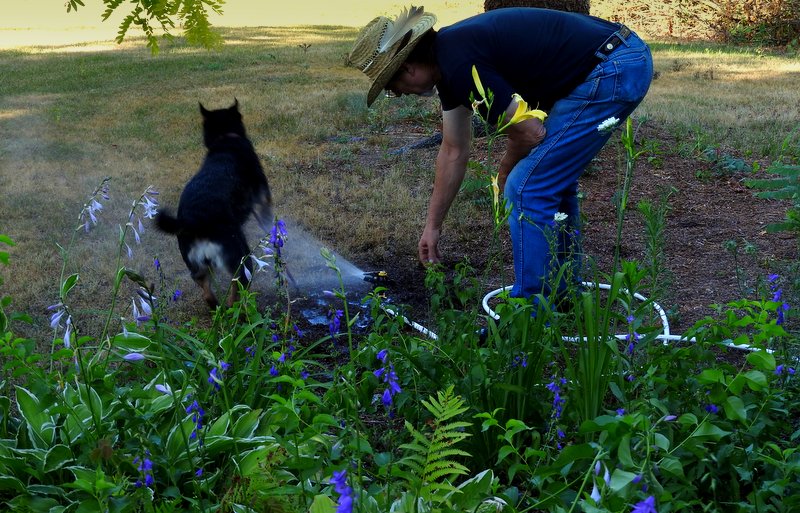 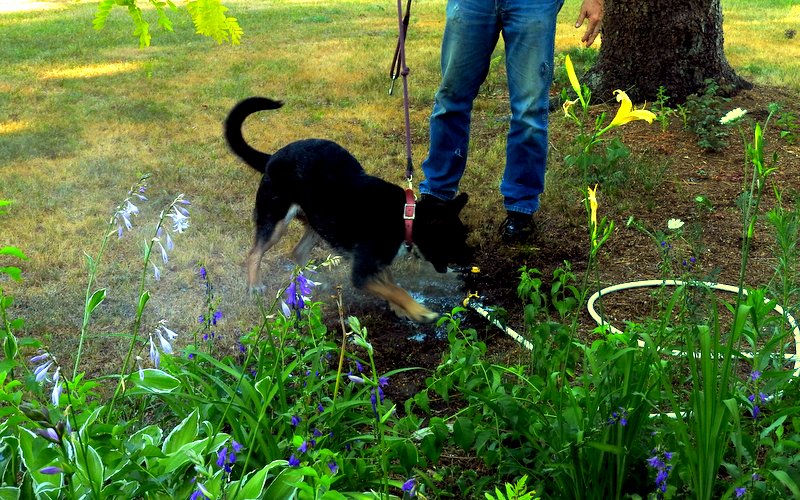 I just got a call from my dad who said he’d just gotten a call from his oncologist.  As compared to three months ago when his cancer numbers were up above 3,000, his most recent test showed his numbers to be at — Hold your hat — 81!  Normal is anything below 400.  He also said his protein numbers are back down in the normal range.  Praise the Lord!