It has been a very long day, but Mark loaned me his camera today, so at least I got pictures! 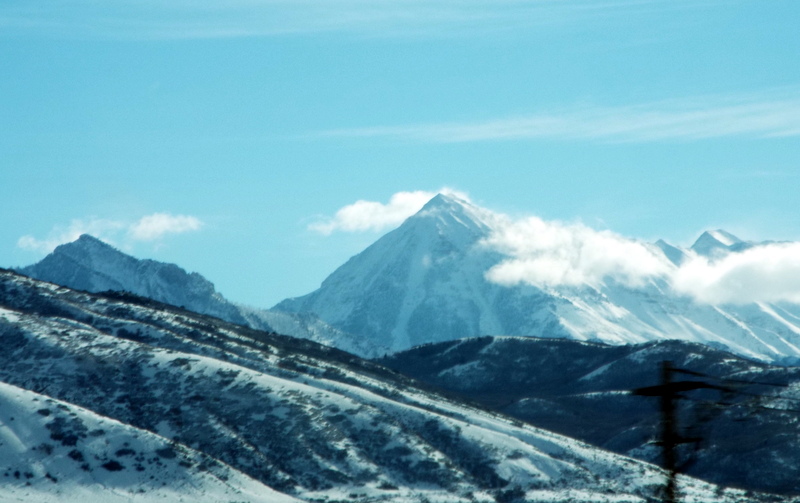 We went through snow-covered mountains today 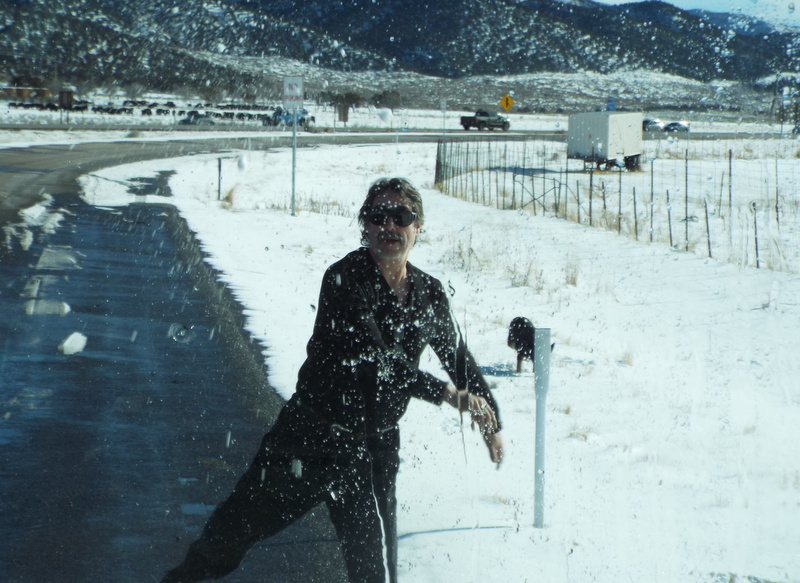 At one point today, Mark pulled off in a chain-up area to let Tucson out, and while he was out there, he threw a snowball at the windshield in front of me! 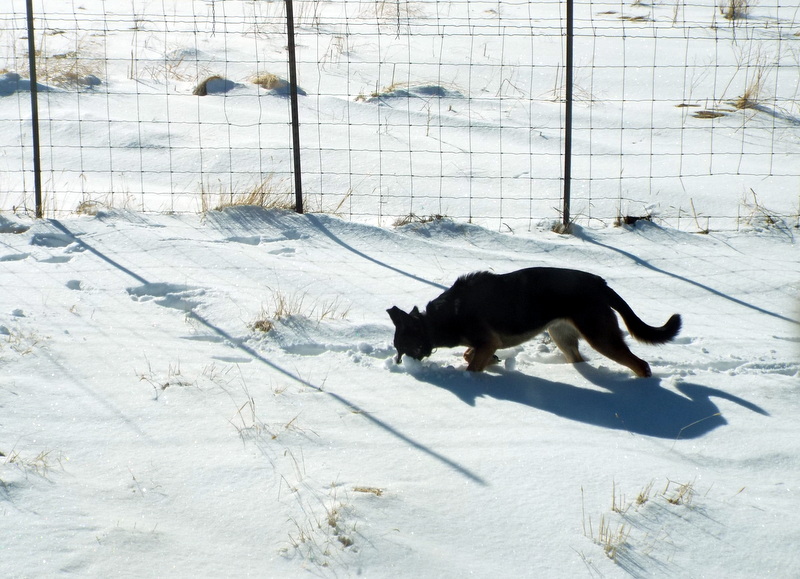 Meanwhile, Tucson was nosing around in the snow with her hackles up. I don’t know what she found out there that had her spooked. 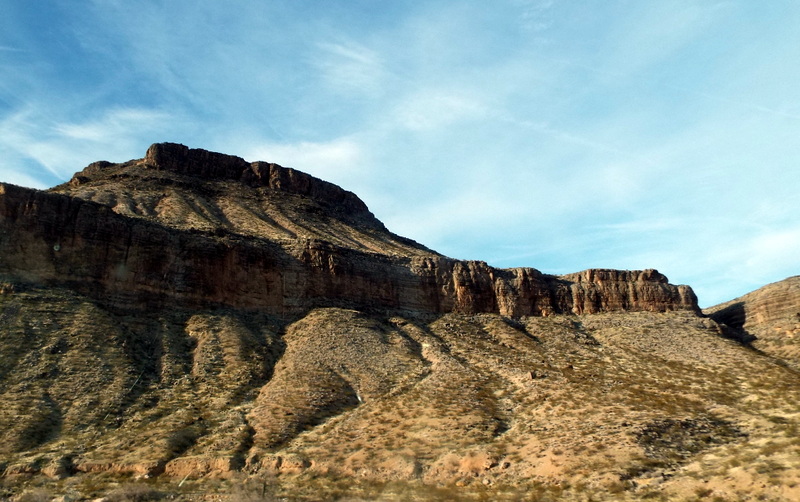 The geology began to change. 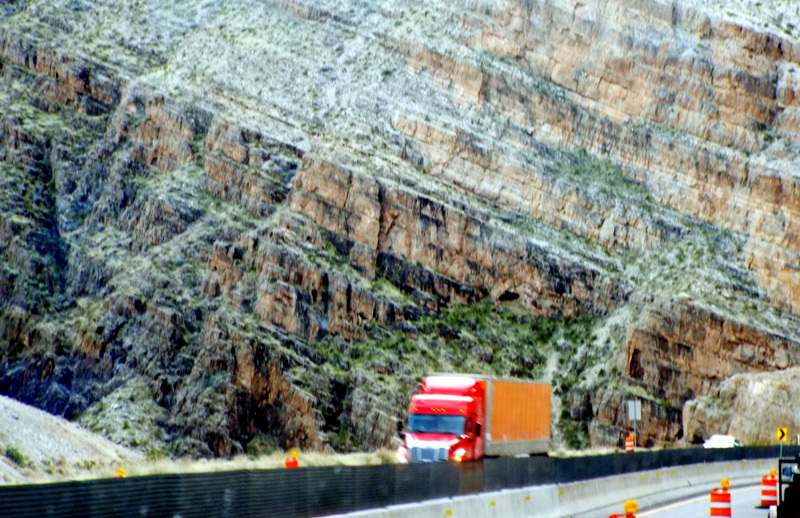 We came around a curve and they had the highway narrowed down to one lane on our side. While we sat and waited, I took a picture. 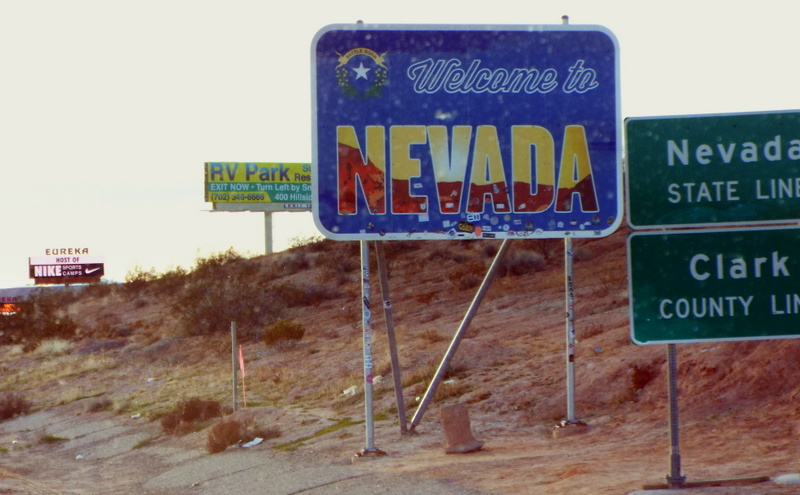 We pulled over to the side of the road again and I had an opportunity to get a great shot of the sign going into Nevada.

In years past, we have gone through California to get to Arizona, so taking this route, we’re in virgin territory.  It doesn’t make a lot of sense to me, but we went from Utah into the northern corner of Arizona and then turned west toward Nevada to get to where we’re going.  Apparently, there is no more direct route from Utah to Tucson. 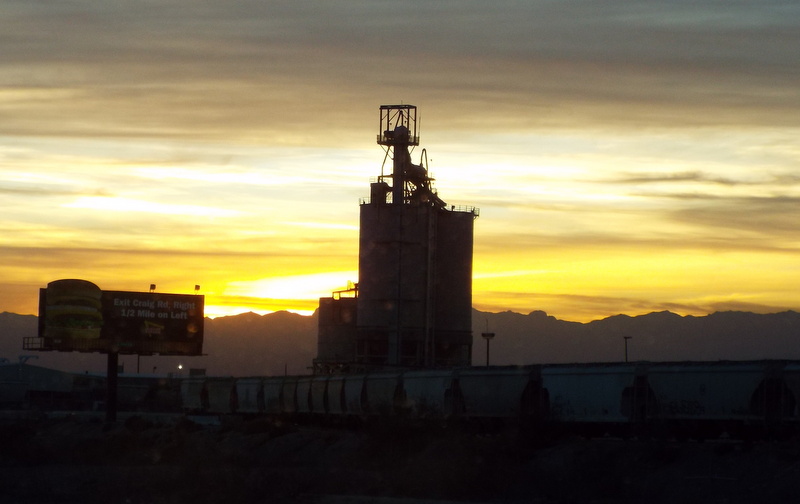 Our destination for tonight was a Walmart in Las Vegas. The sun was going down as we hit the outskirts. 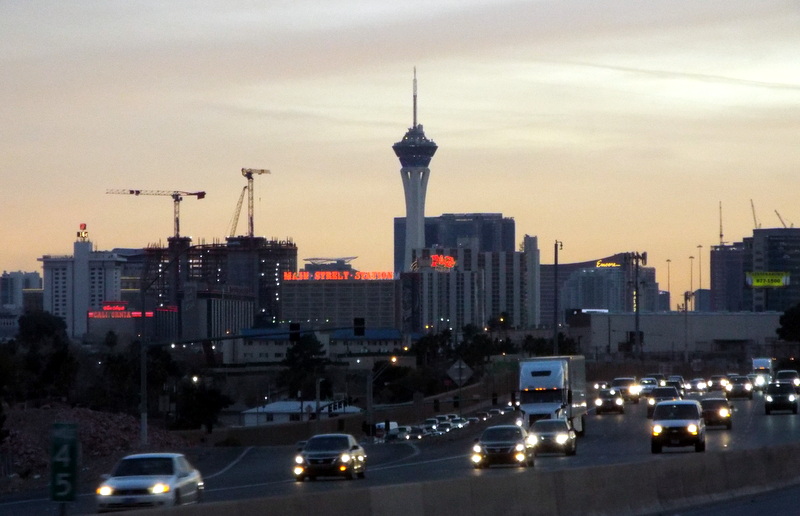 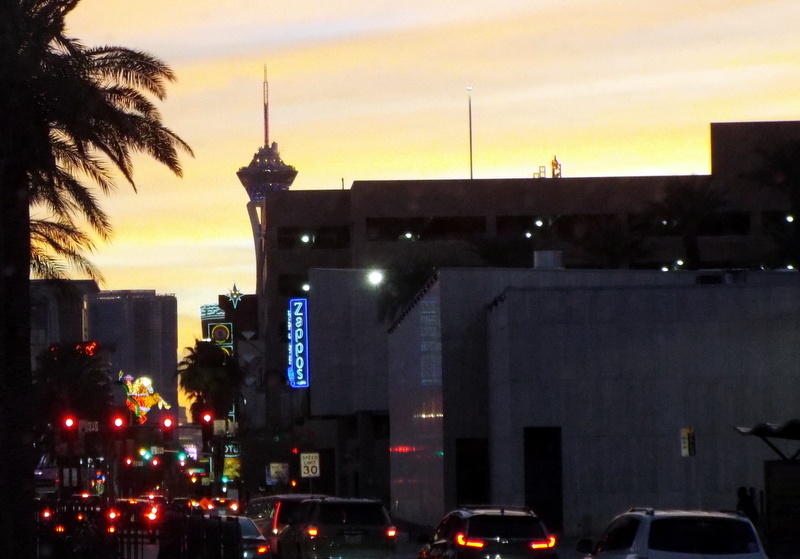 Shooting down one of the streets on our way through town.

It was still twilight when we pulled into the Las Vegas Walmart parking lot on the south side of the city.  We walked into Walmart to ask for permission to stay there for the night, and we were denied.  We got back out to the RV and Mark looked up the nearest Walmart that our GPS said would allow overnight parking and had me call and talk to the manager.  Yes!  We could stay!  But, it was another hour and a half down the road.

We pulled into the Walmart parking lot in Kingman, Arizona around 8:40 this evening.  Mark said if we were willing to keep going, we could be in Tucson by 3:00 AM tomorrow, but we both knew that was not going to happen.  We are exhausted.  The good news is that this puts us an hour and a half closer to our destination.  We are eager to arrive “home” tomorrow where we can have full hookups behind my church in northern Tucson.  We’re in the home stretch now!

We finally got in touch with Mom today to ask about Fred.  Apparently, on New Year’s Day, he accidentally took his heart medications twice and when the nurse came in to check his blood pressure, it was down to 70 over 40 something.  That’s why his son took him to the hospital before we arrived on Wednesday.  Due to this incident, Fred’s medications will be taken out of his apartment and given to him by the staff.  We’d like to keep him around a bit longer!