The last few weeks have been busy for us.  My cousin, Dave, and his wife, Sue, have invited us to stay in their driveway until we’re ready to leave for Arizona, so at least that has been a load off!

The last two weeks and this week have been the Christmas rush for UPS.  Mark has gotten a lot of overtime in as a driver’s helper.  I have only had a little bit of overtime working in smalls, but with Mark working days and me working evenings, it has felt like we haven’t seen a lot of each other.

One Saturday when Mark was working overtime, Sue and I went quilt store hopping.  We only hopped to two, but they were both new to me, and one was new to her.  I have pictures from the one that was new to both of us: 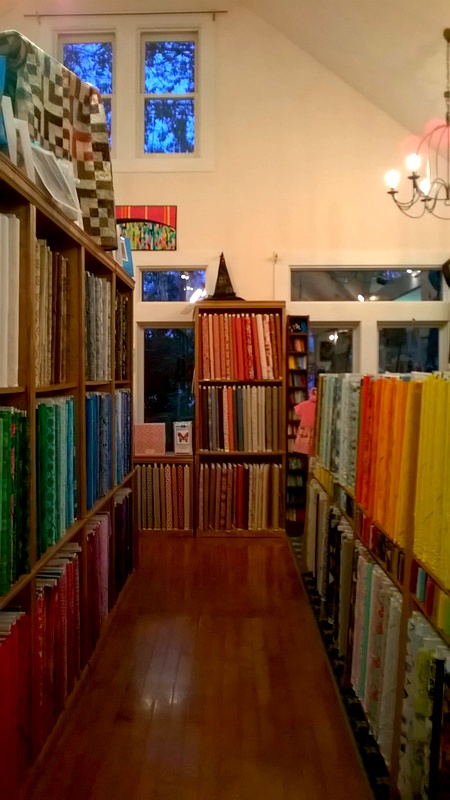 Pioneer Quilts in Milwaukie, OR 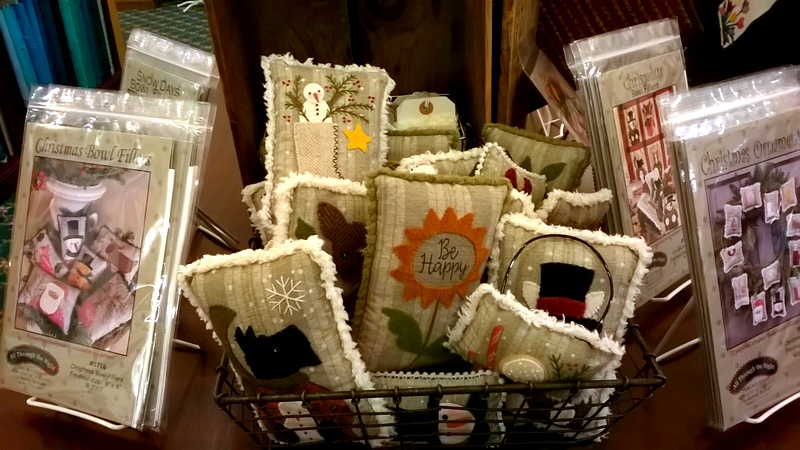 Sue told me she’d buy me a kit, so I chose one and am working on it.

I have meant to send out Christmas cards, but first I wrote a little letter to put in them and then I couldn’t get my laptop and my printer to talk to each other for a couple of weeks.  I had to call tech support at Microsoft, and it took three different techs three different days to get the problem worked out.  At this point, I’m probably not going to get cards out in time, but I’ll blog you all a Christmas card soon!

Yesterday, I had a job interview for a Block Advisors office in Tucson.  I have worked for the last three years at H&R Block, but I was dreading going back there this year, so I applied for the same job but with Block Advisors.  The office is close to where we’ll be living.  The manager who interviewed me sounded friendly, and at the end of the interview, she said she’ll hire me.  I am excited about this upcoming season now!

It’s been good getting to know my cousin and his wife a little better.  I brought Mom over to visit with them last Sunday.  We had a nice visit and Dave was impressed with how healthy Mom is in body and mind.  They were sharing healthy food information.  Dave started a plant-based diet in June and says he’s feeling much better, and Mom has been eating mostly plants since her husband died several years ago, so they had a lot to talk about.  Dave is apparently happy enough with us being here that he said we can come back again next year.  I had been afraid that this would be the last year we could come because we found out that no RV parks are going to allow our German Shepard, so I’m looking at this as a God thing.

The only reason I’ve had time to write tonight is that I was released after one hour of work.  They didn’t have enough packages coming through to keep all of us busy, I guess, although I thought I was keeping fairly busy before they released me.  I imagine I’ll be getting fewer hours as we get closer to Christmas, so maybe I’ll have more time to write.