I was on the phone this afternoon when I heard a small tap at my door.  Through the window, I could see Merih and Kader.  I let them in and they patiently waited until I got off the phone.  When I did…

Merih asked me to show him the winding road again.  We had taken Kader and him there after the Bridges event in Gills Rock, and they wanted to go back and take pictures.  Kader had gotten a new polaroid camera that takes a tiny little picture which comes up from the top of the camera. 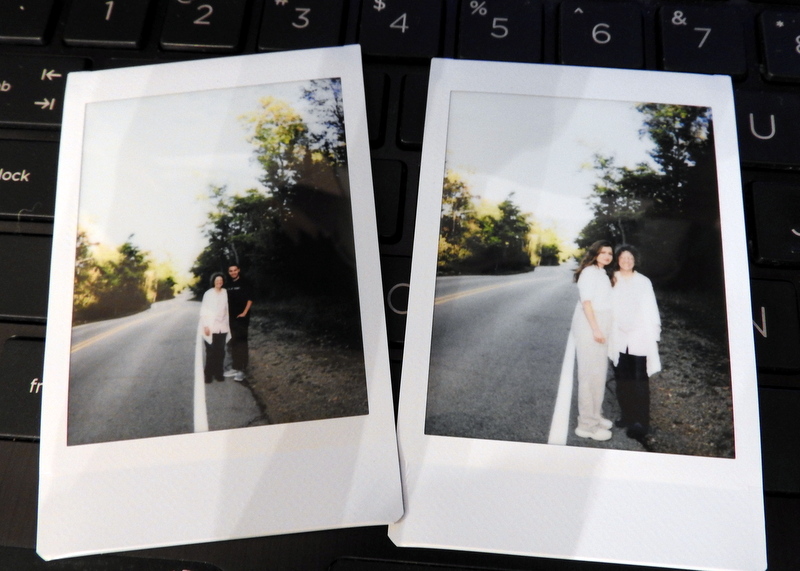 You can see how small they are in comparison to the keys on my laptop.

I had also brought my camera: 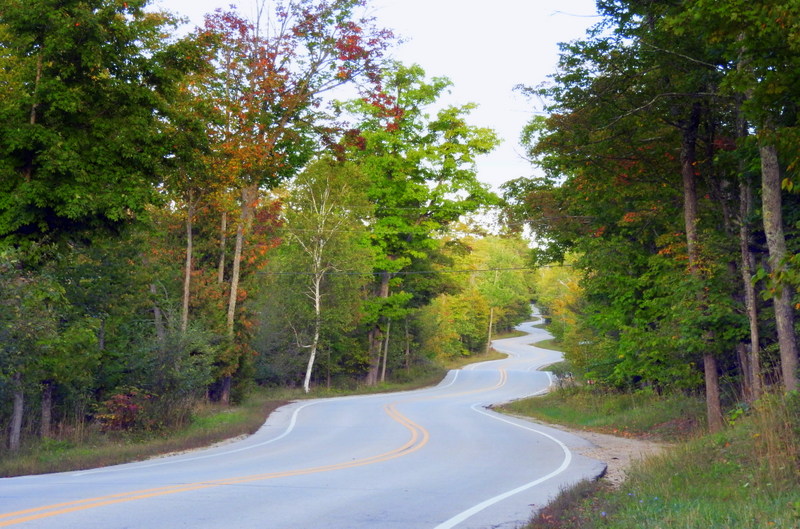 Our most famous road is the winding road that was designed by Jens Jensen, a landscape architect who died in 1951 at the age of 91 here in Ellison Bay. 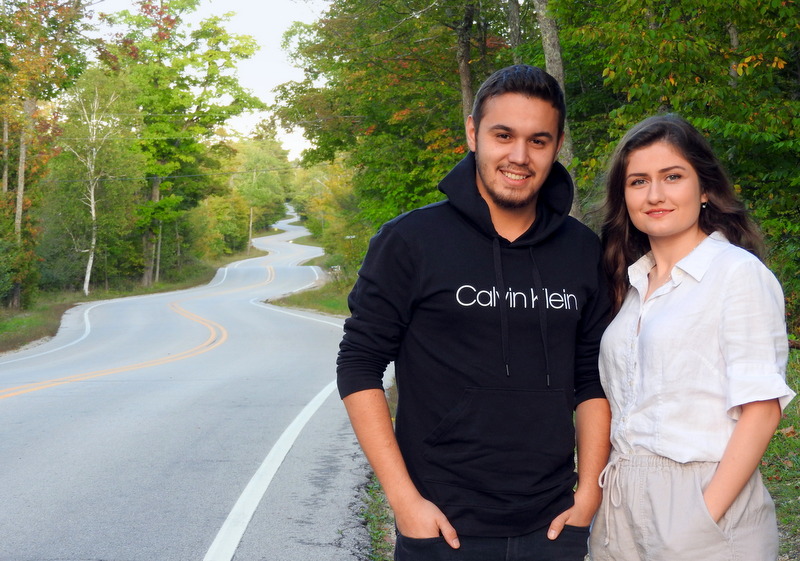 I took this photo of Merih and Kader… 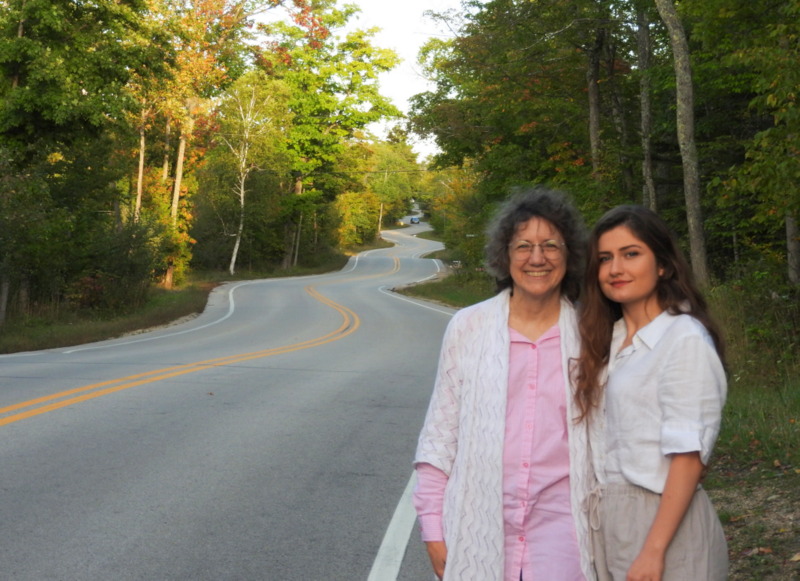 …and Merih took this photo of Kader and me. 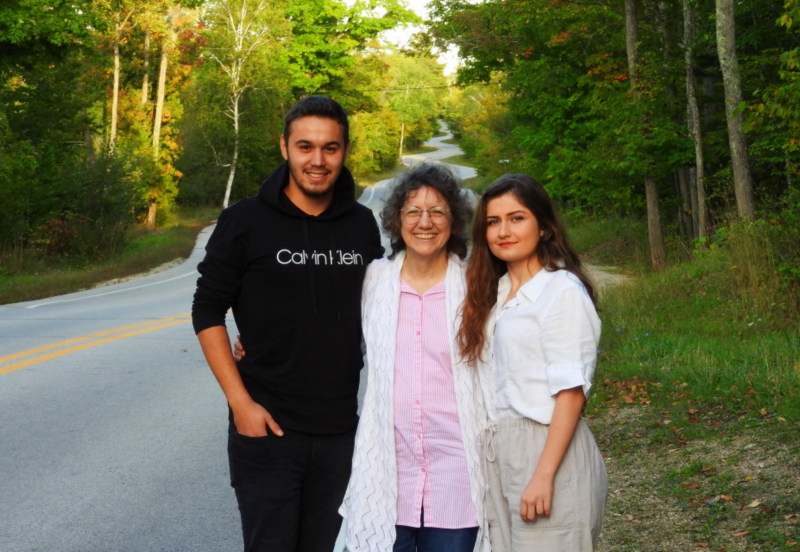 We were taking pictures of each other when a car pulled up across the street from us and stopped and a young woman got out and asked if we’d like to have our picture taken all together?

When I pulled the kids close to me, I told her they were my Bridges kids.  She was elated!  She asked them where they are from and where they are working and said how great it is that Bridges is here for them.  She told a story of another young man from Turkey that she had met as he was fleeing Wisconsin Dells because his situation there had been “hell”.  She ended up giving each of us a hug and then hopping back into her car and taking off.  That’s the Door County way!  🙂

We got back into the car and rode on to Northport, and when we turned around, I asked Merih if we could see something new that I’ve heard about but never seen.  He agreed to take me. 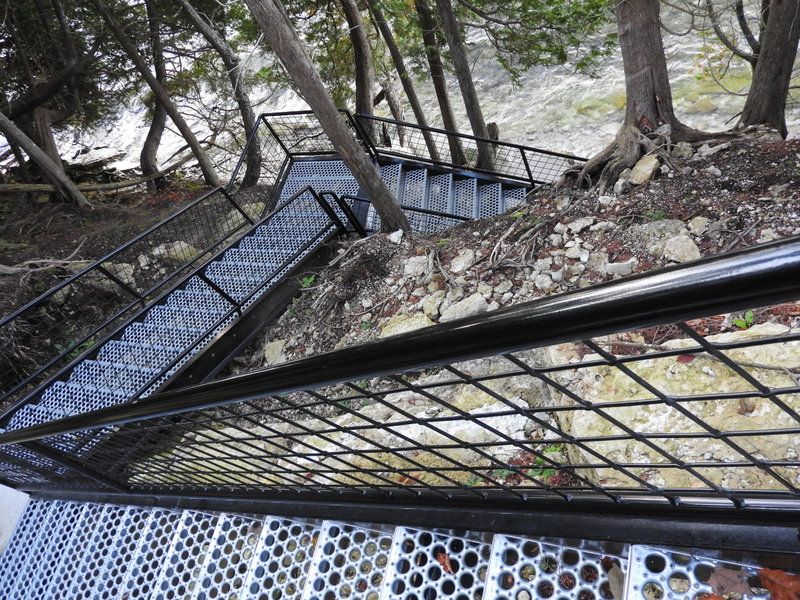 Last summer, this new stairway was put in at Porte des Mortes park so that visitors could get down the bluff to the beach. 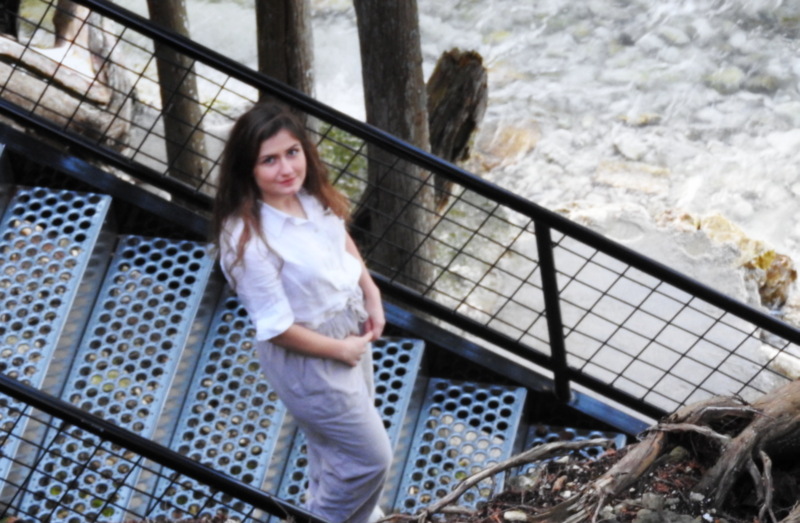 Kader heading down toward the beach 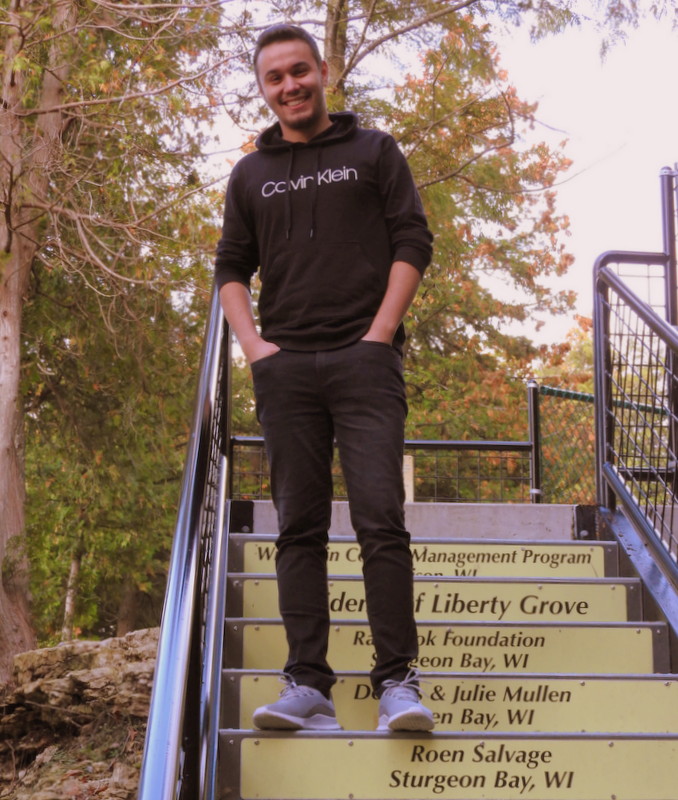 Merih stayed at the top. 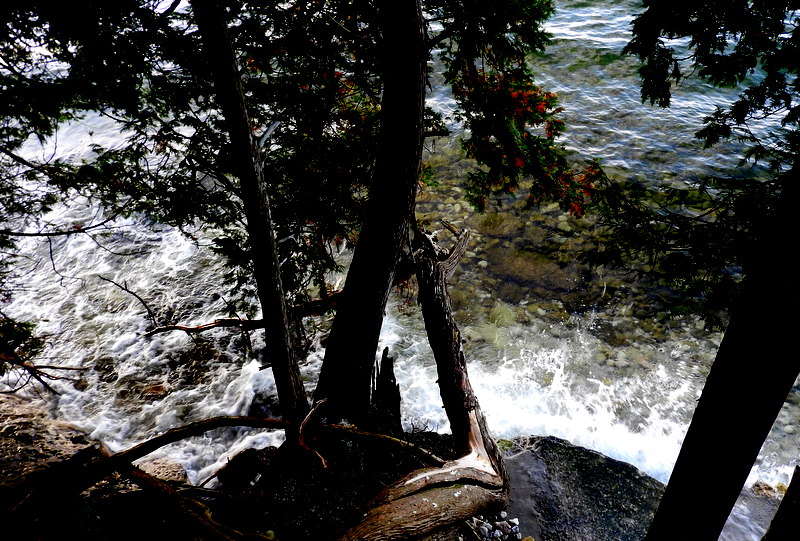 Lake Michigan and Green Bay have been so high this summer that there was no beach at the bottom of the steps.

That reminds me of a story that would almost be funny if it weren’t a problem everywhere here.  Last year, a brand new hotel was built across the street from the bay in Sister Bay. Great view of the beach and the sunsets!  Unfortunately, this whole summer they have had to pump tons of water out of their basement because the water levels are so high this year.

One last shot that I took as we were about to leave: 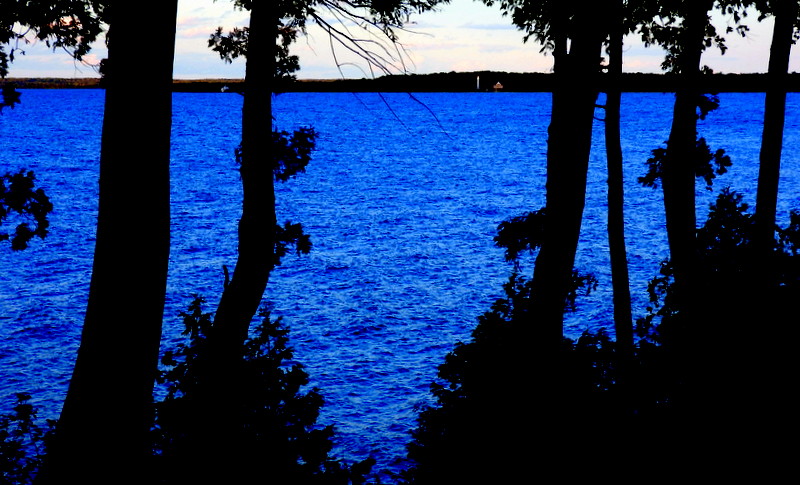 I put this in silhouette so that the lighthouse on the island across the water would show up a bit better.