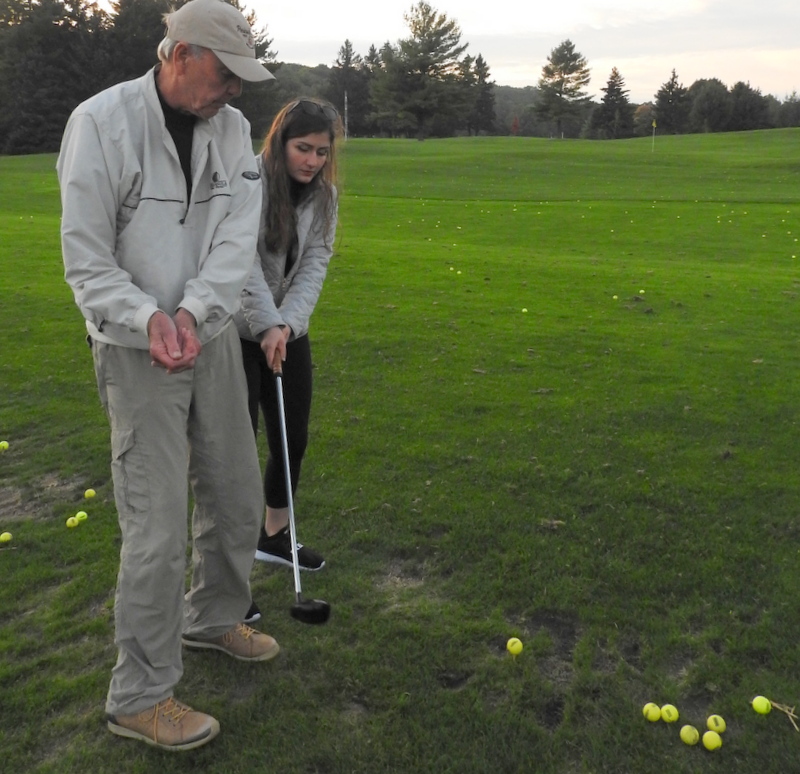 One of the Americans gave Kader a lesson on how to hold the club. 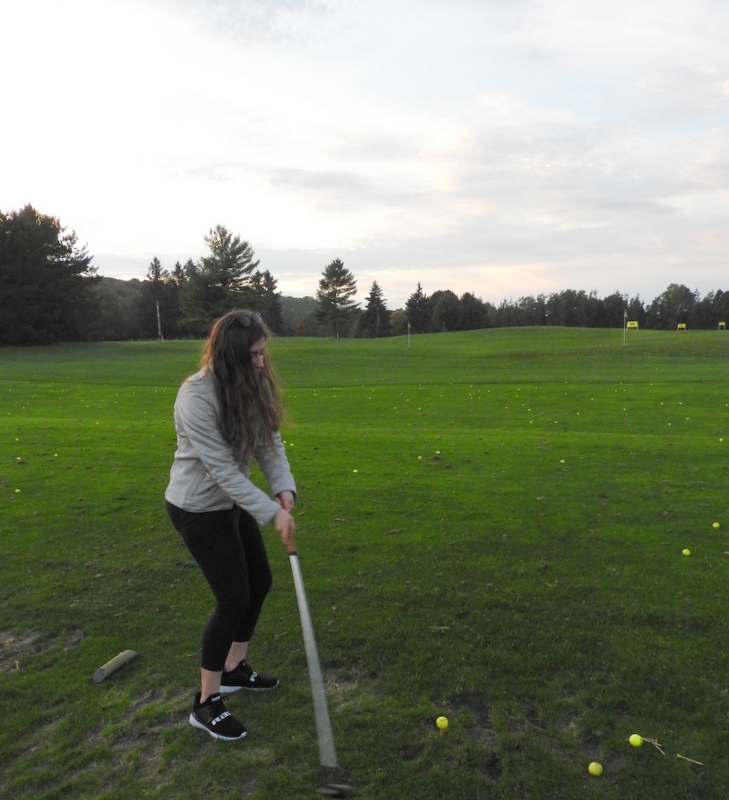 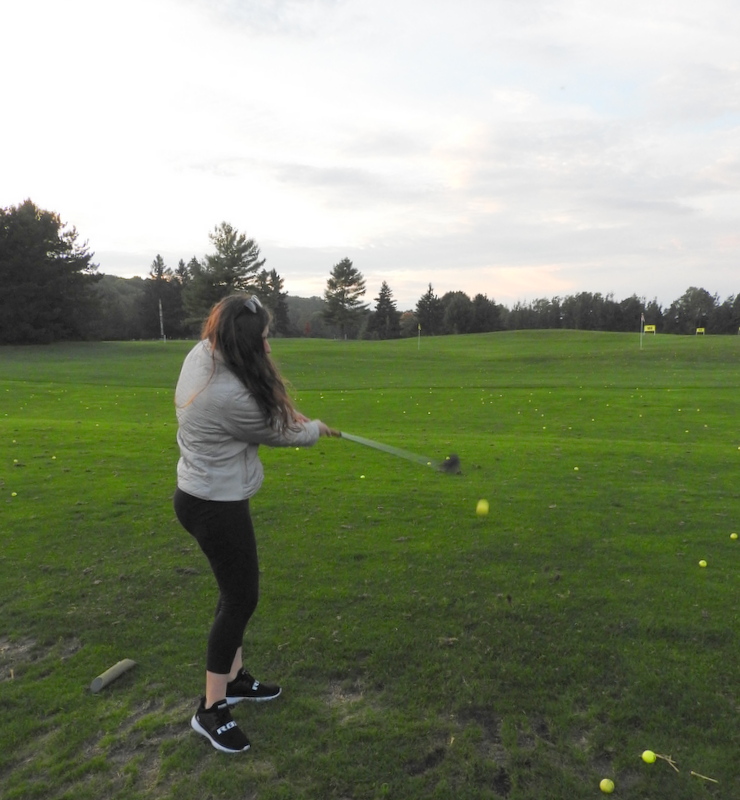 She hits the ball… 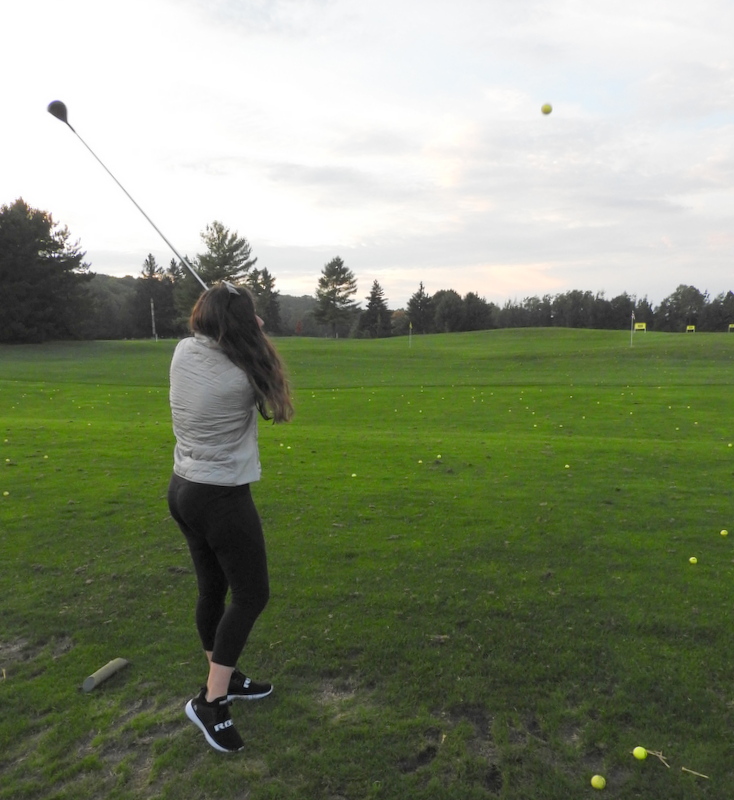 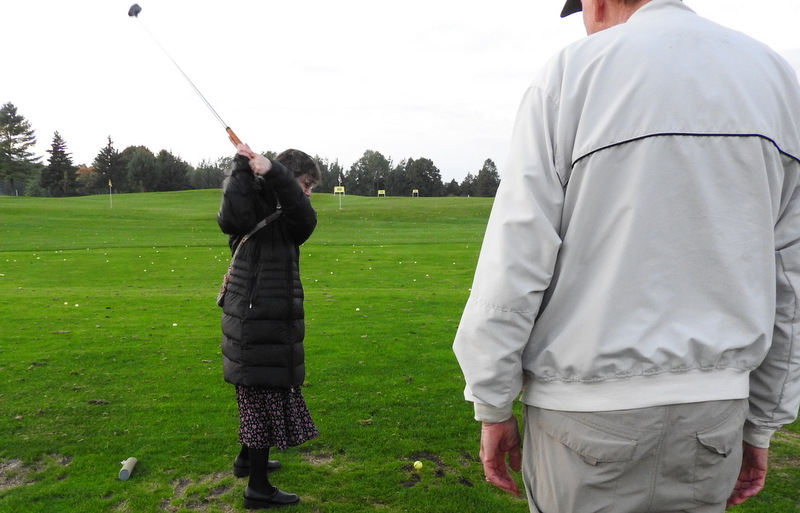 My turn to try 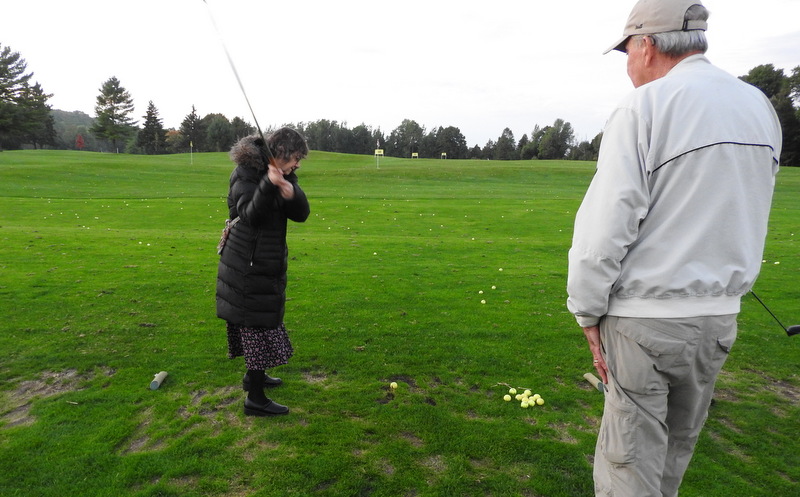 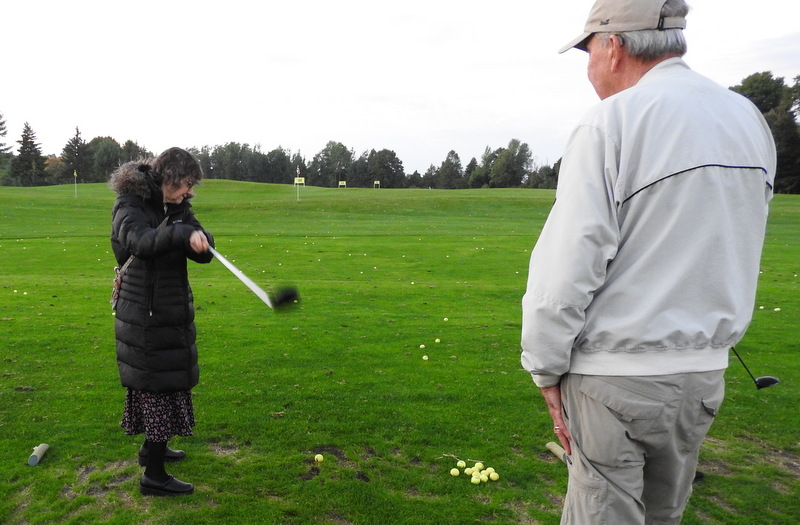 What happened next is too embarrassing to show, but you can probably guess by the position of my club in relation to the ball. 🙁 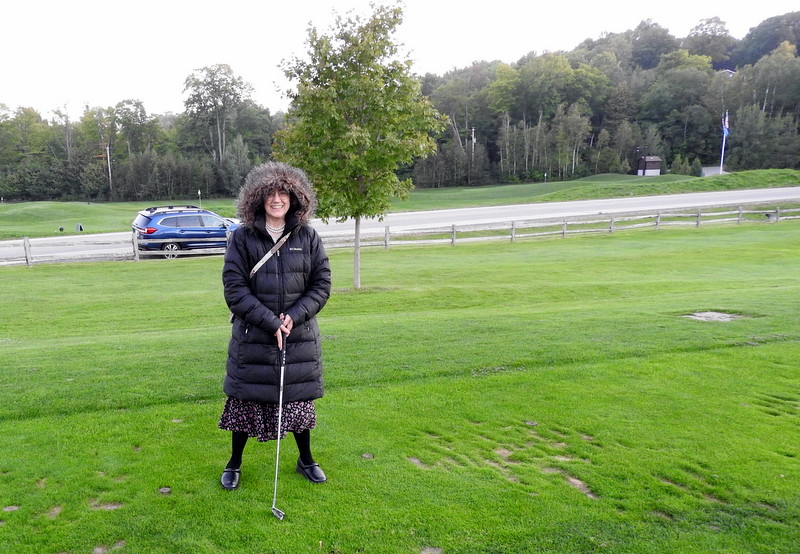 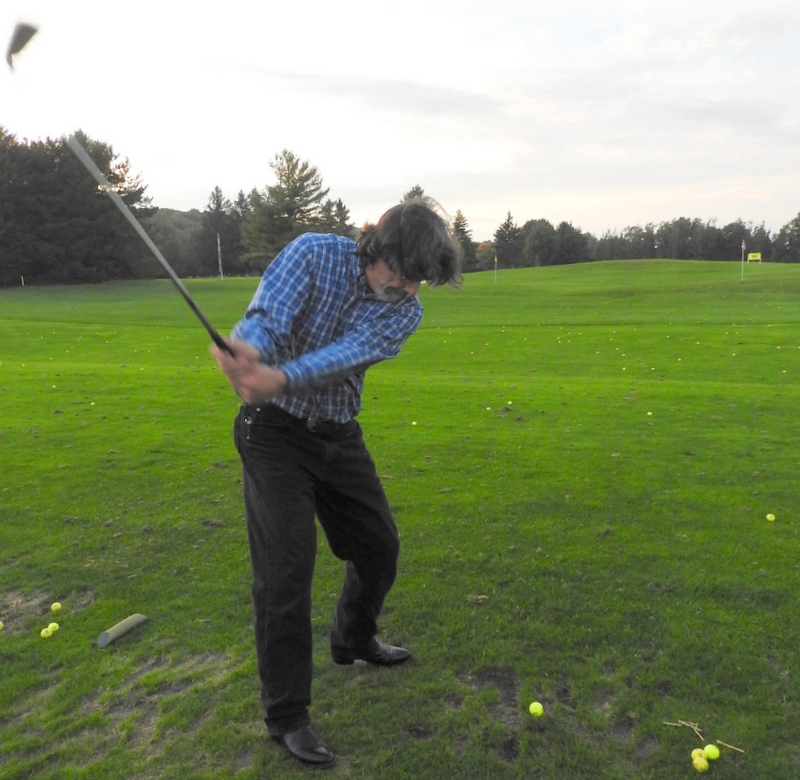 Mark’s doing well at keeping his eye on the ball. 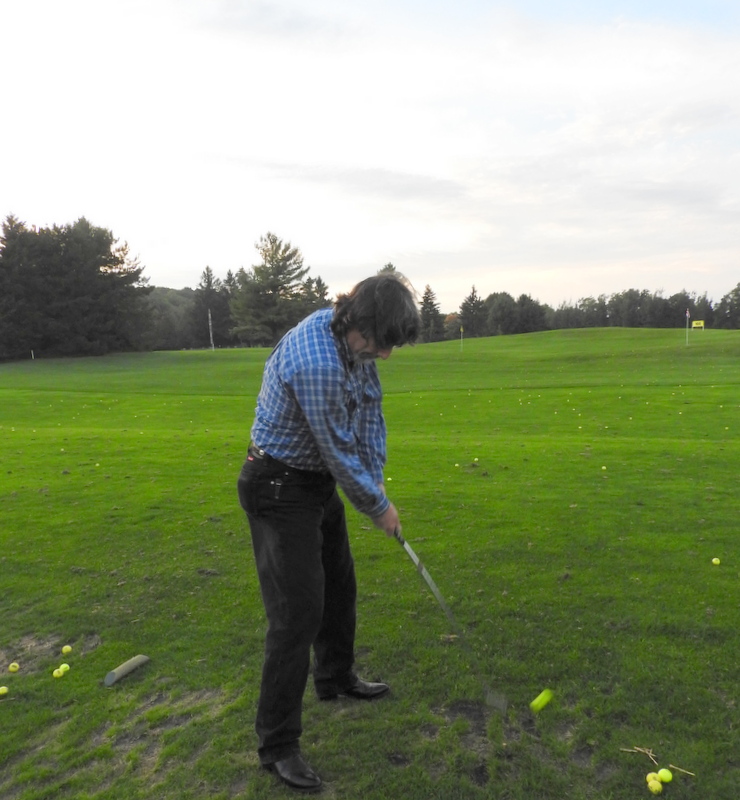 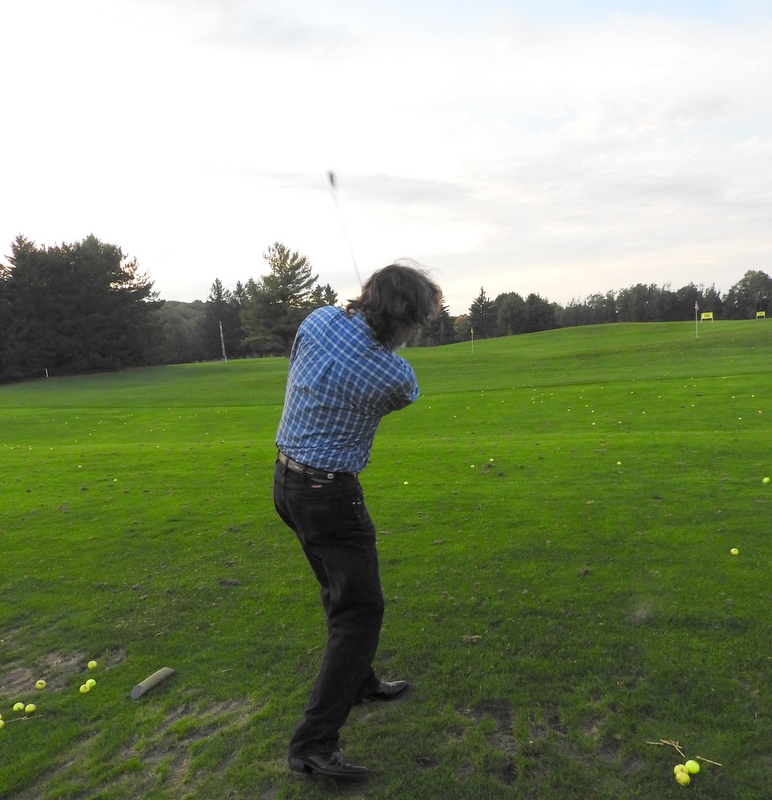 If you’ve been keeping your eye on the ball, you can see it way out there!  His ball went out to the 100-yard marker. 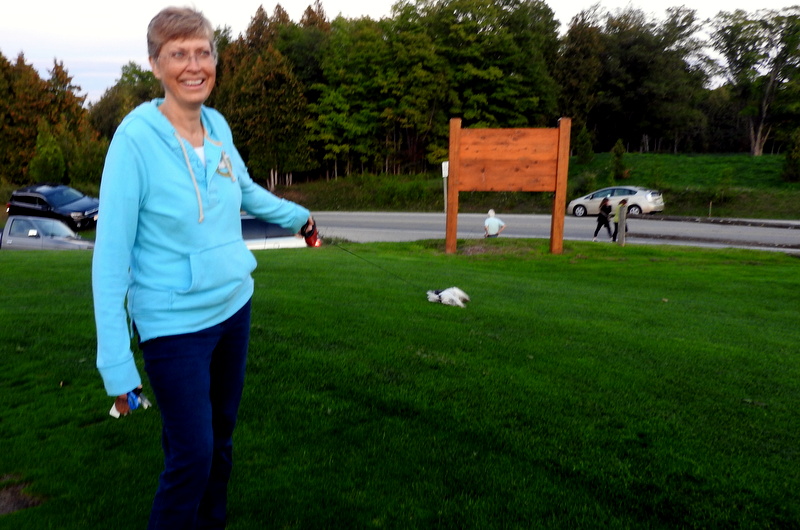 Pastor Nancy and her dog, Buster, showed up, but apparently none of the Sturgeon Bay students did. 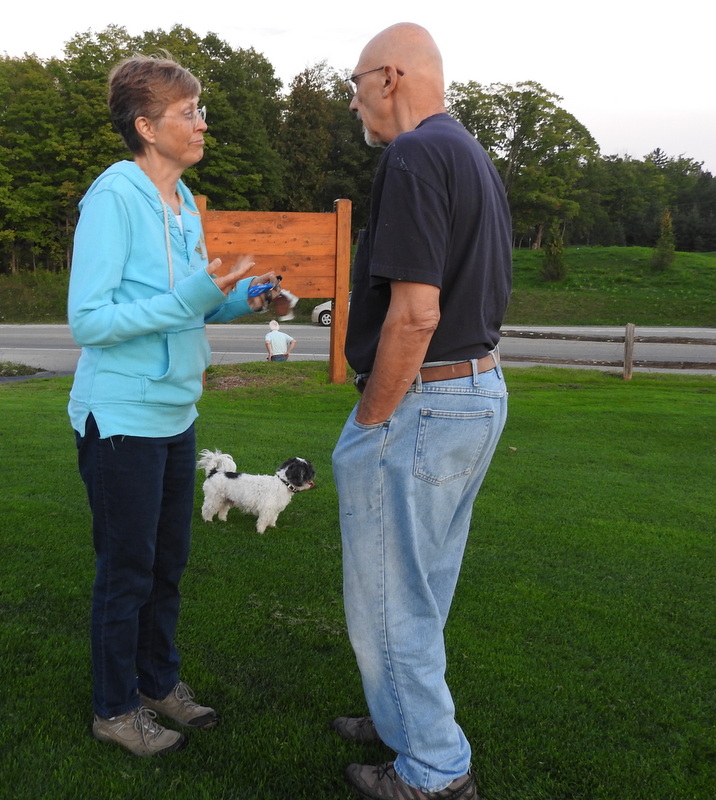 Nancy’s husband, Dave, came in a separate vehicle, but he confessed to her that he had run out of the house so quickly he’d forgotten his wallet and his tank was on empty. 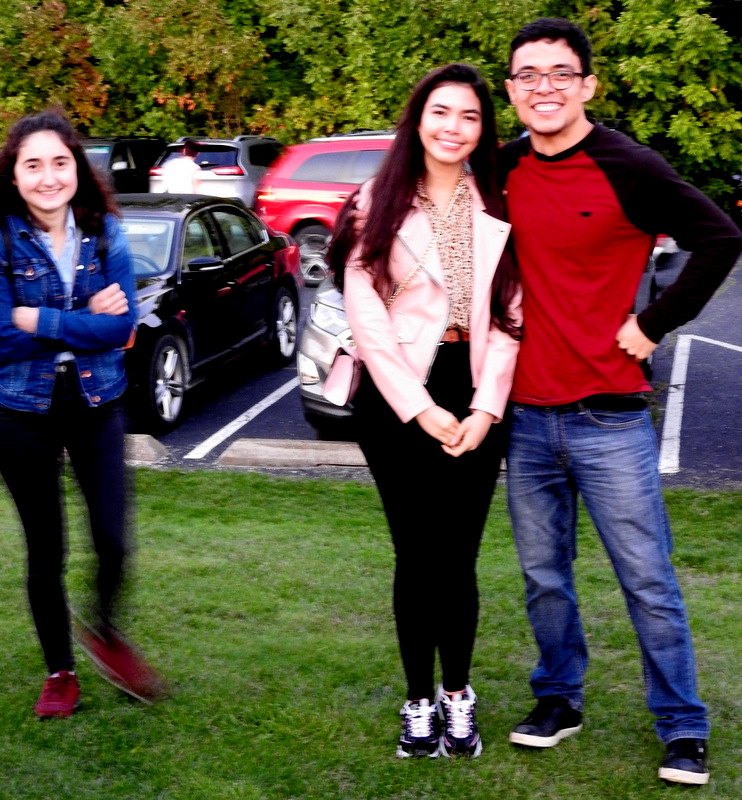 Rukia, aka Cookie Monster, tried to sneak out of the picture when her friends asked me to take their picture, but I caught her! 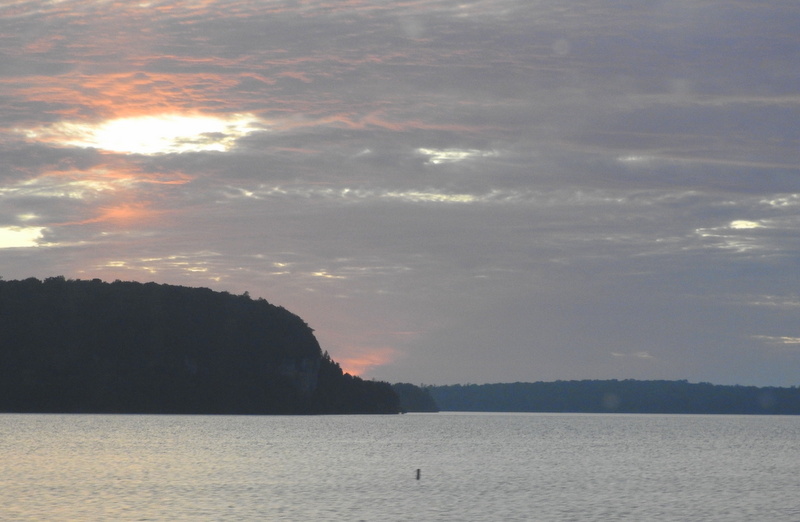 As we were driving back to the church for Thanksgiving dinner, I caught this picture through Mark’s window. 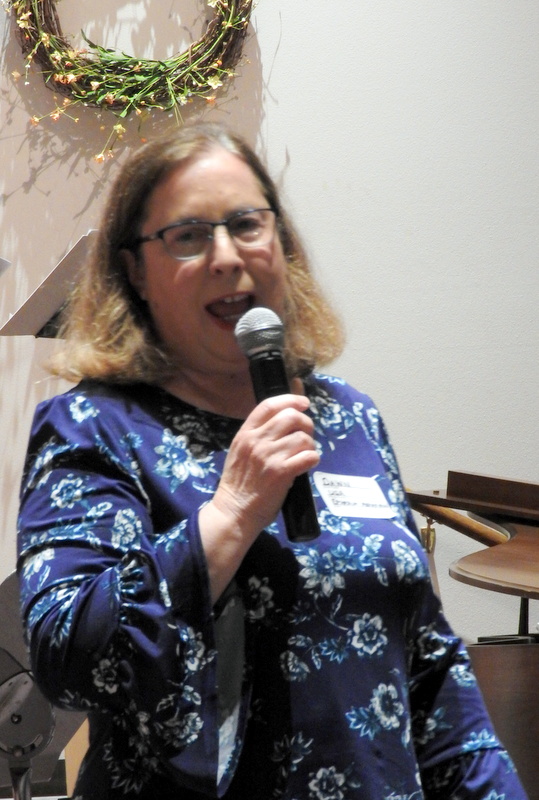 The pastor that spoke was from the Moravian church in Ephraim. 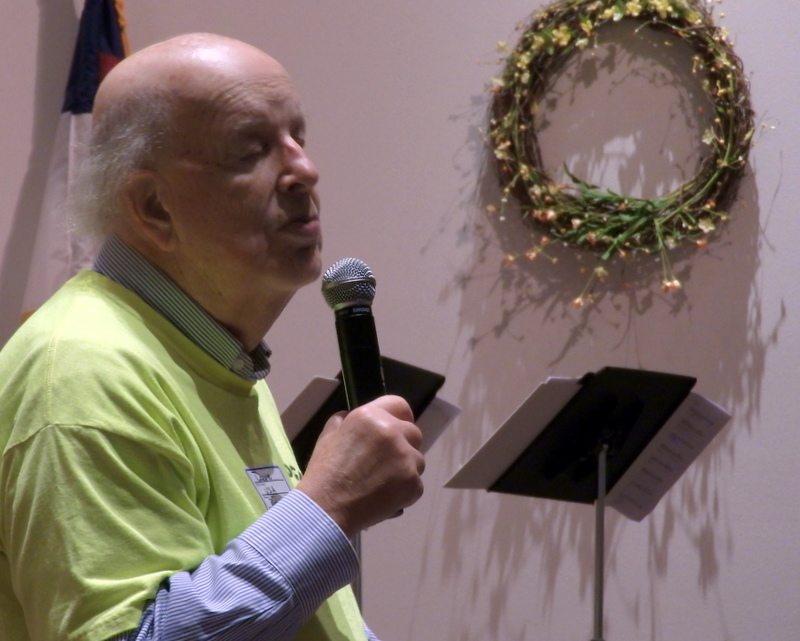 This man and his wife have planned the activities for Bridges since its inception, but they are retiring after this year. 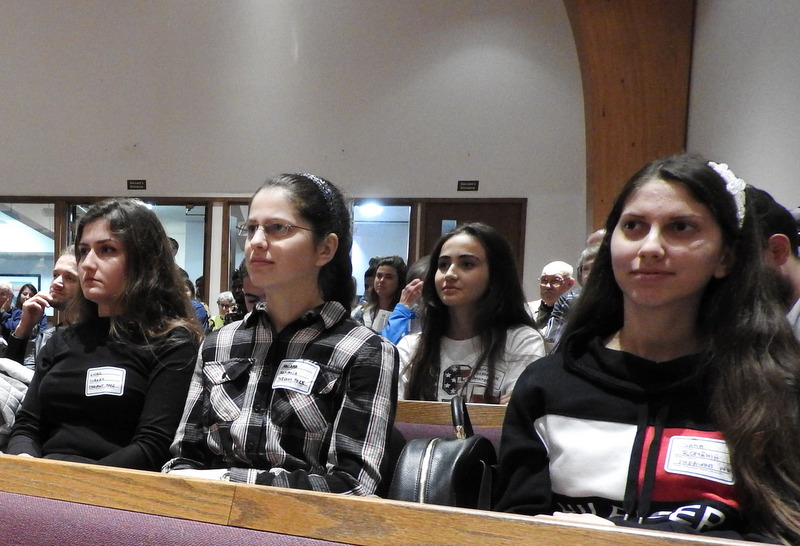 Kader and her housemates listening to the speakers 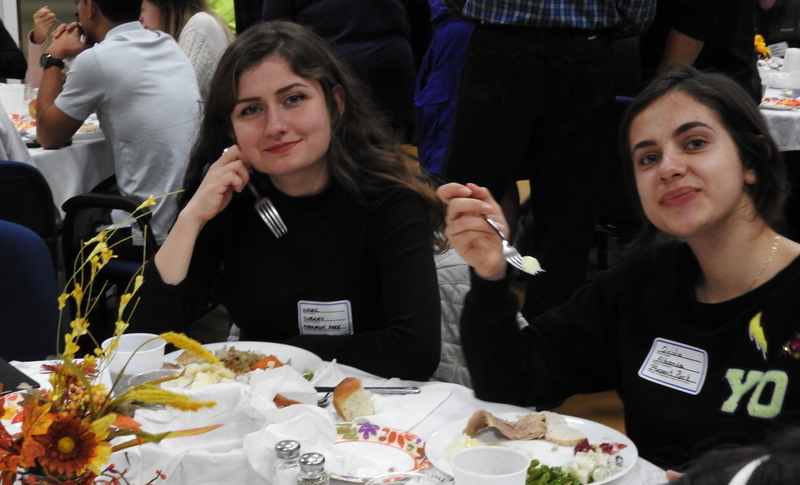 As I was in line to get food, Kader and her housemate were already eating. 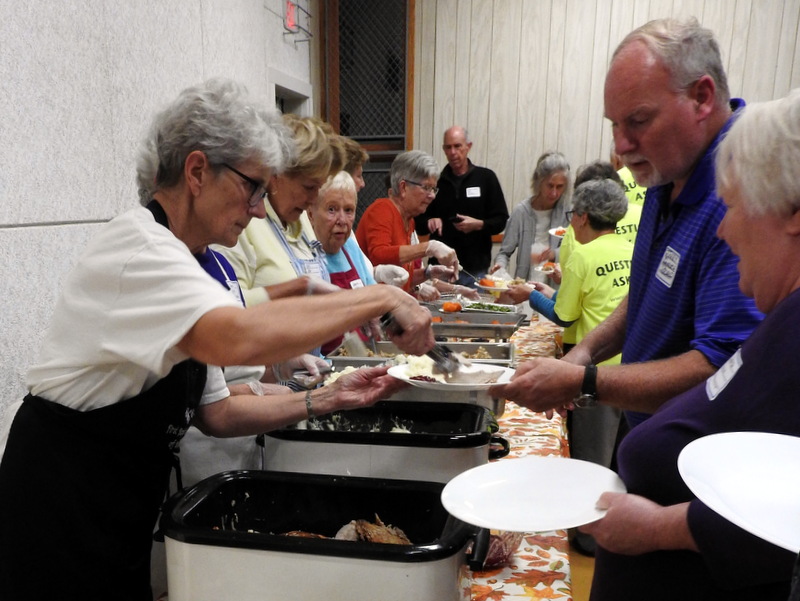 Mark and I finally got served our Thanksgiving meal, and we stuffed ourselves the same way we normally do on Thanksgiving Day!

Merih didn’t make it to the driving range, but he made it in time for the food!  After eating, he and Kader were going to take a friend to the airport in Appleton where I guess the friend was going to leave for home.  Fortunately, we still have Merih and Kader for another month!