I mentioned before that Mark and I are Bridges parents to Merih Bayirli.  When we dropped him off at his place last week after the play, he asked if we’d be at the Bridges event this week.  He seemed to want us there, so Mark and I went.

There must have been at least one hundred fifty people there at the Shepherd of the Bay Lutheran Church.  I’ll admit some of them were Americans, but I believe we were outnumbered by the international students.  It took me a while to find Merih!  He sat at our table and we had a spaghetti meal that was very good.  Then everyone got up and moved into the sanctuary. 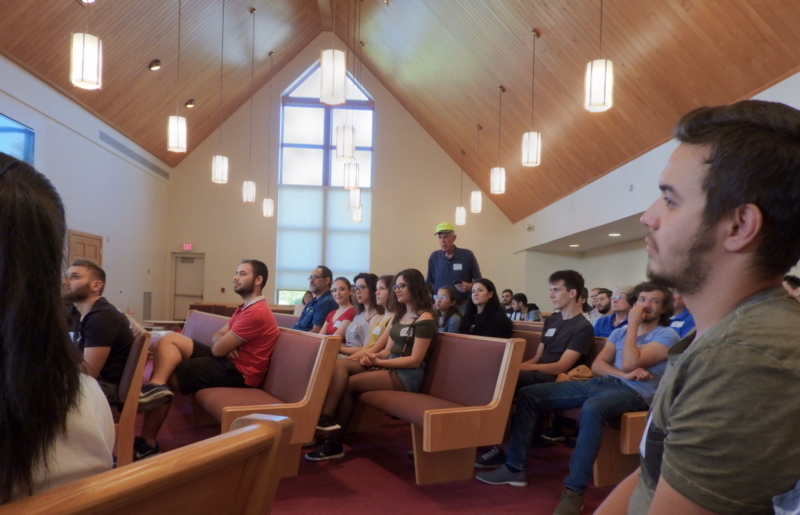 Merih is sitting to my right. There was a prayer, some singing, and about a five-minute sermon on the Parable of the Prodigal Son and God’s love. Most of the students seemed to tolerate it.  I’m not sure how many understood it. 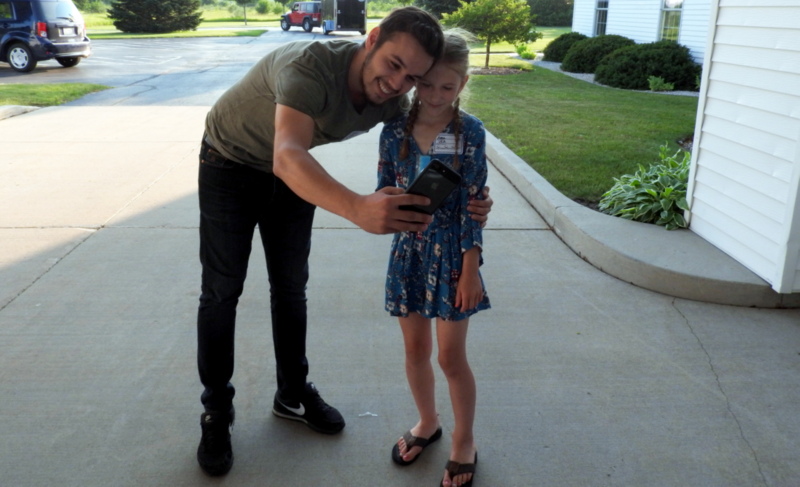 Everyone filed outside for cookies and Popsicles. Merih took a selfie with a cute little girl. 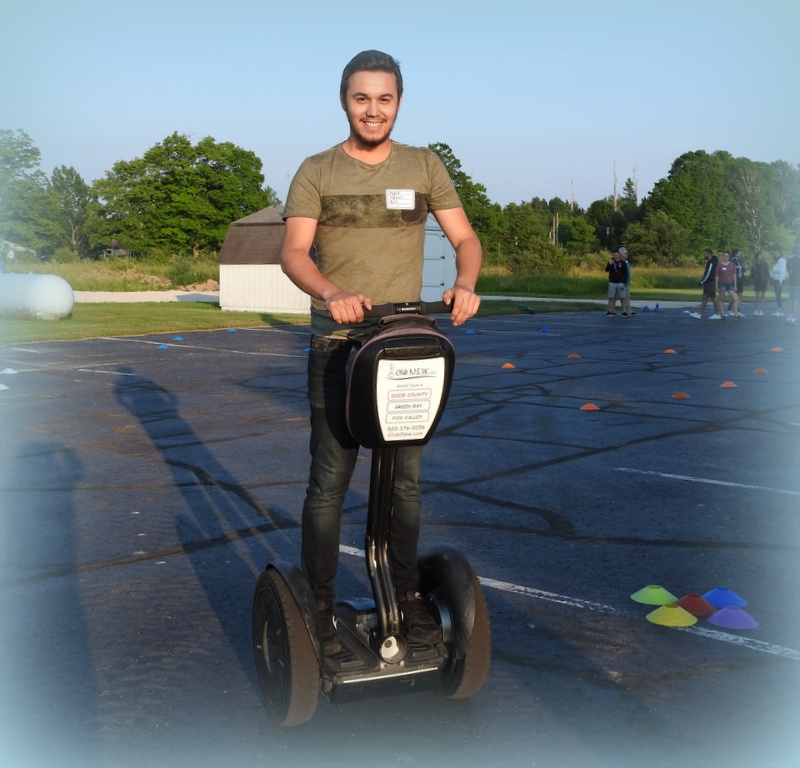 There were segways for the students to learn to ride in the parking lot. 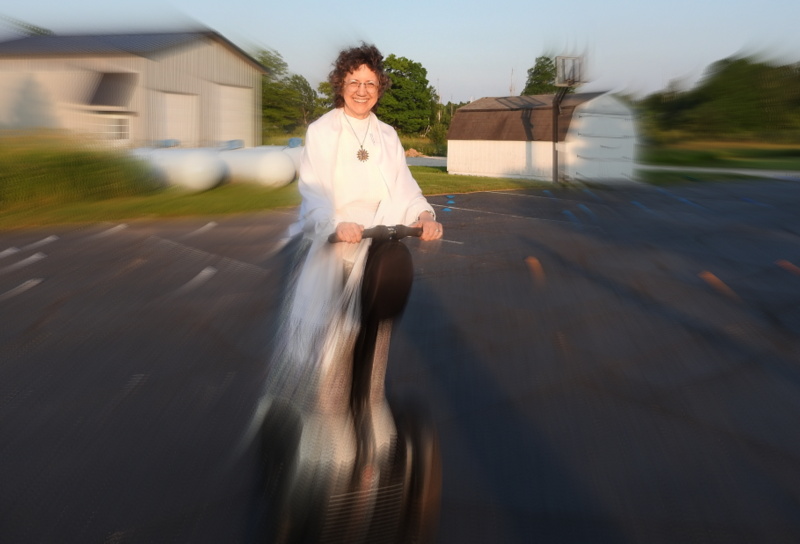 I even took a spin…Zoom! 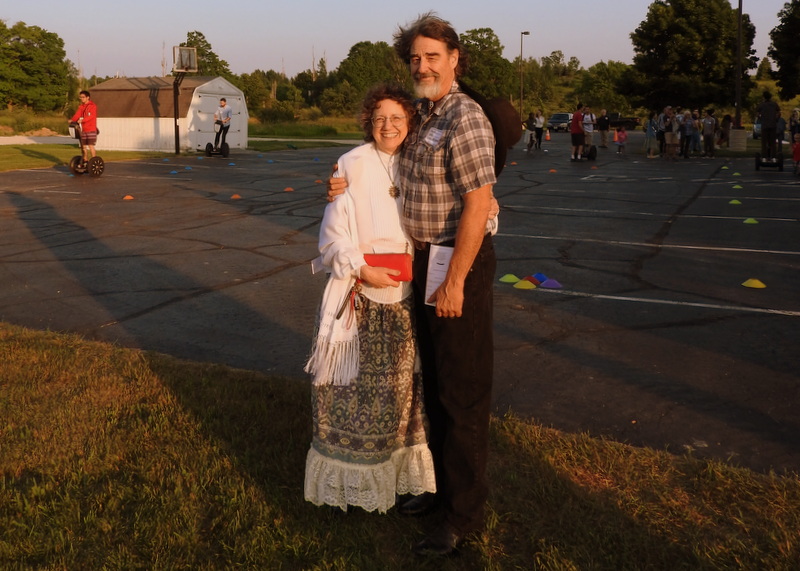 Merih took this picture of Mark and me.  I’m still in costume from working at the Noble House today. 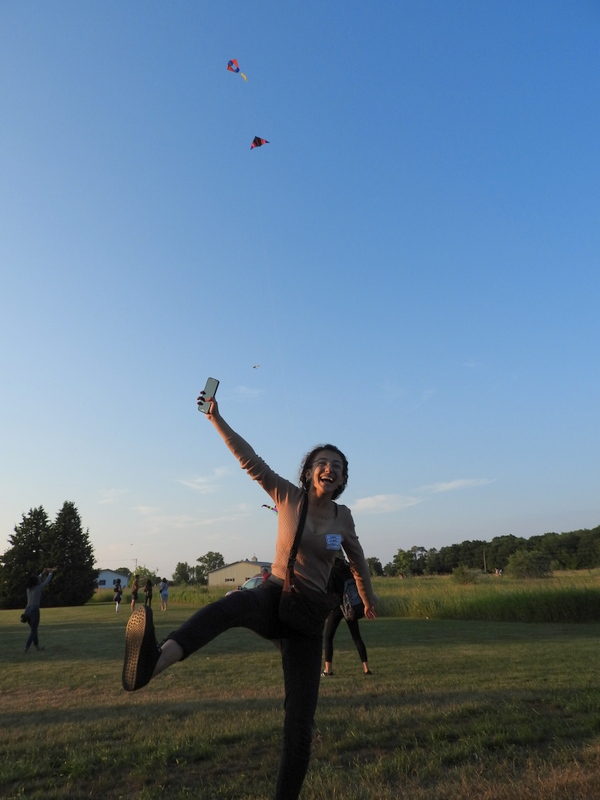 It was very breezy this evening so they had kites for the students to fly. One of Merih’s friends jumped into my picture! 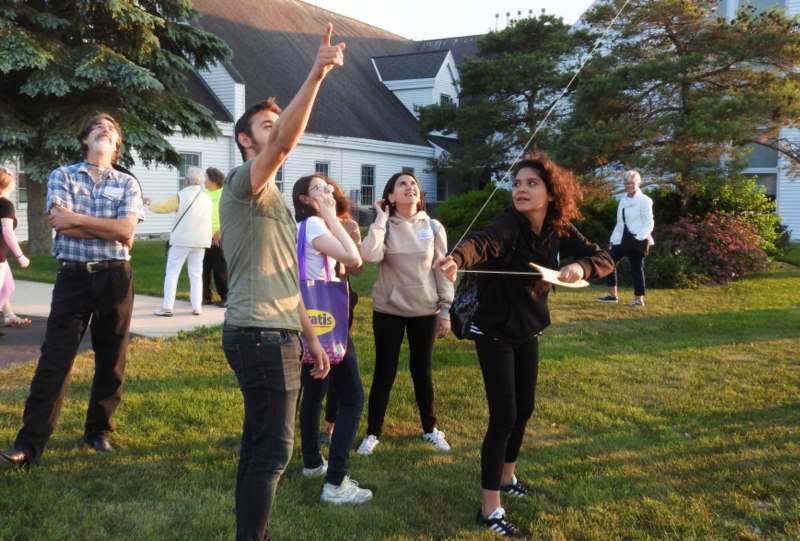 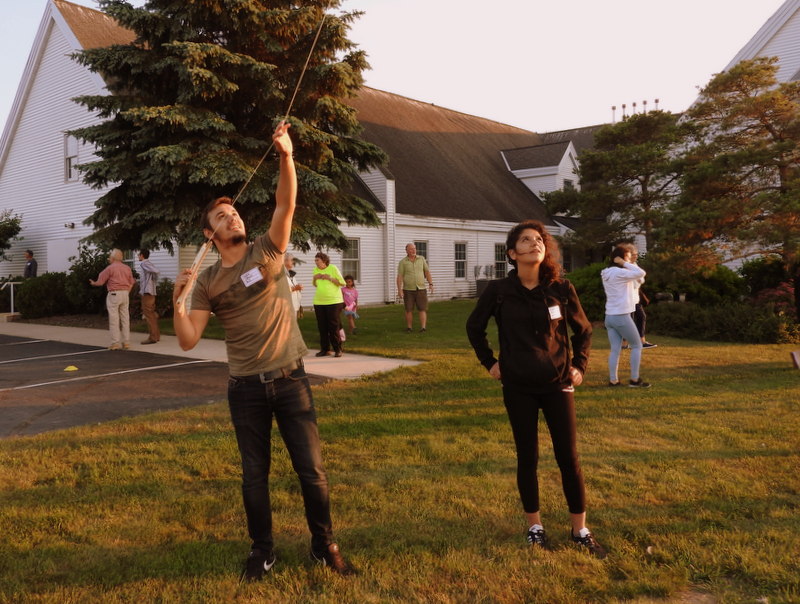 Merih spent a lot of time teaching the girls, particularly this one, how to fly a kite. 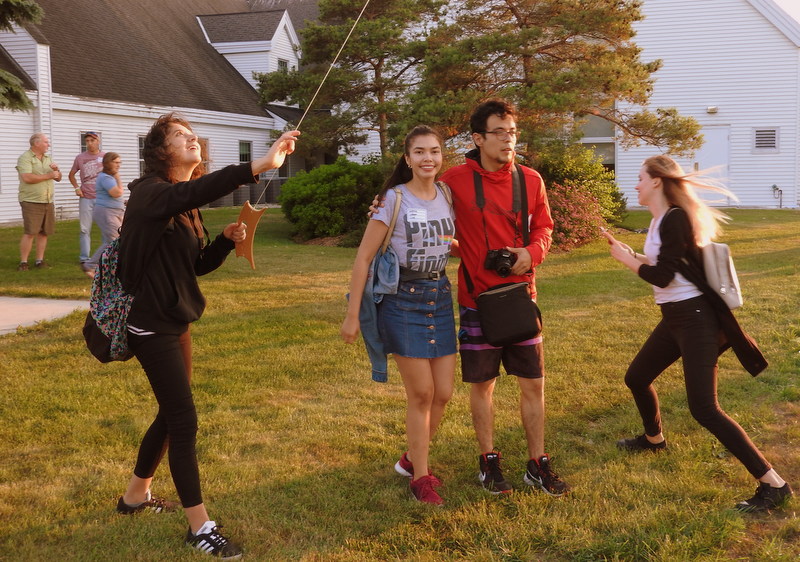 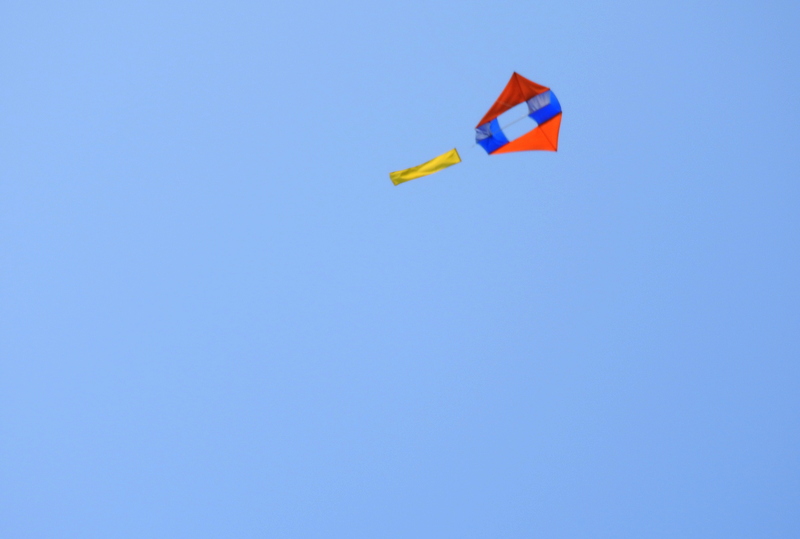 This is the kite they were flying. 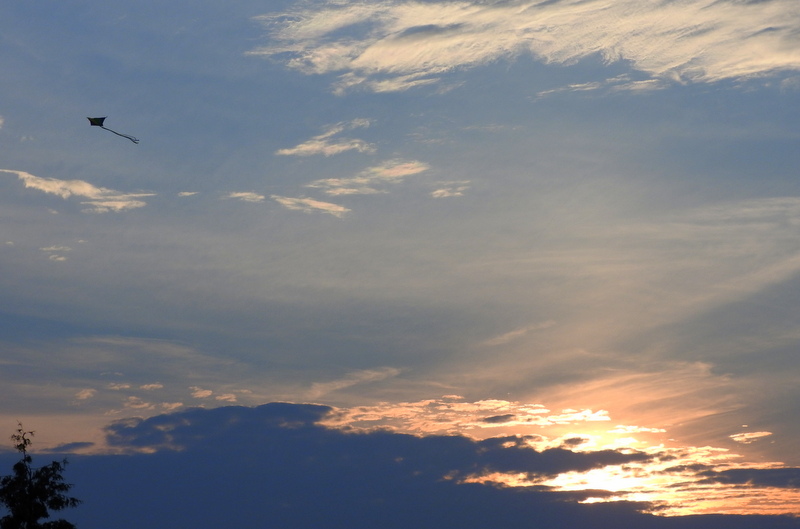 A kite in the sunset

One of the things that impressed me was that Bridges had boxes of Bibles in all the languages represented and I saw students lining up to get one.  I don’t know if Merih has picked one up in Turkish, but he is open to talking about his religion and my beliefs.  Please pray that God’s Spirit will spark an interest in him to read our Bible.