The furnace guys came around 8:30 this morning to put the ductwork in.  Apparently, at 12:20, the delivery people tried to deliver our new tub, but with the furnace truck in the driveway, I guess they decided not to drop it off.  I was out getting lunch for the young men and me so I didn’t know about until I found their note tucked into my screen door.  And at 1:30, Bill Curran came to work some more on our bathroom vanity. 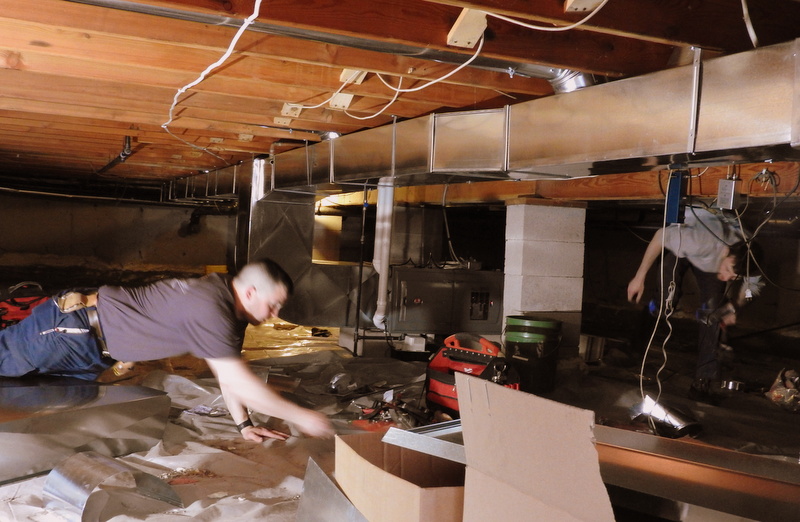 The furnace guys working in the crawl space

At lunch, I discovered that both young men are married.  Dalton (on the right) has been married for one year, has a baby, and just bought a house that he is trying to remodel with the help of his parents.  Matt has been married longer but has no kids.  Very nice young men. 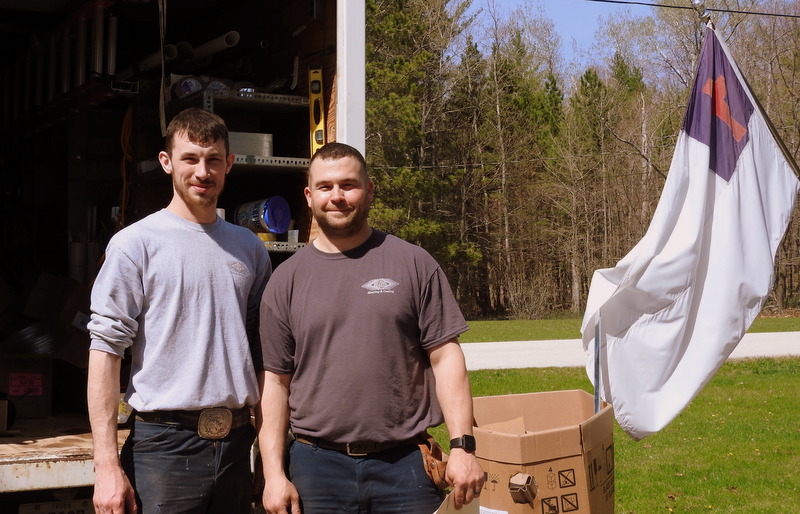 Dalton on the left and Matt on the right. The furnace is done! 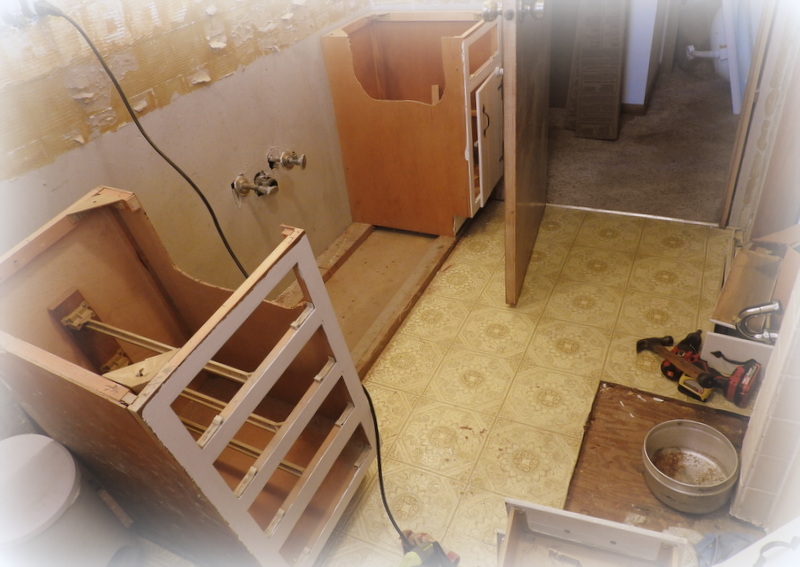 Bill took the middle section out of our bathroom vanity to work on. 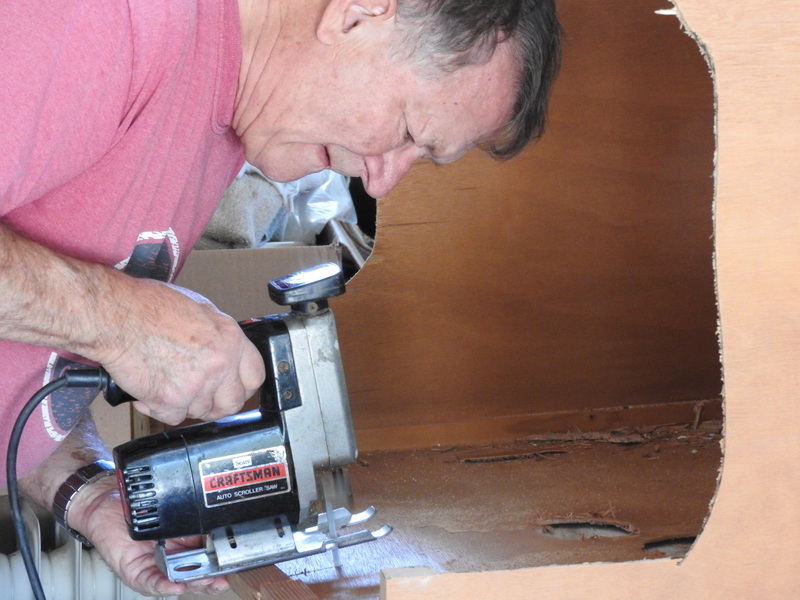 Cutting a four-inch strip out of the center of the middle section. 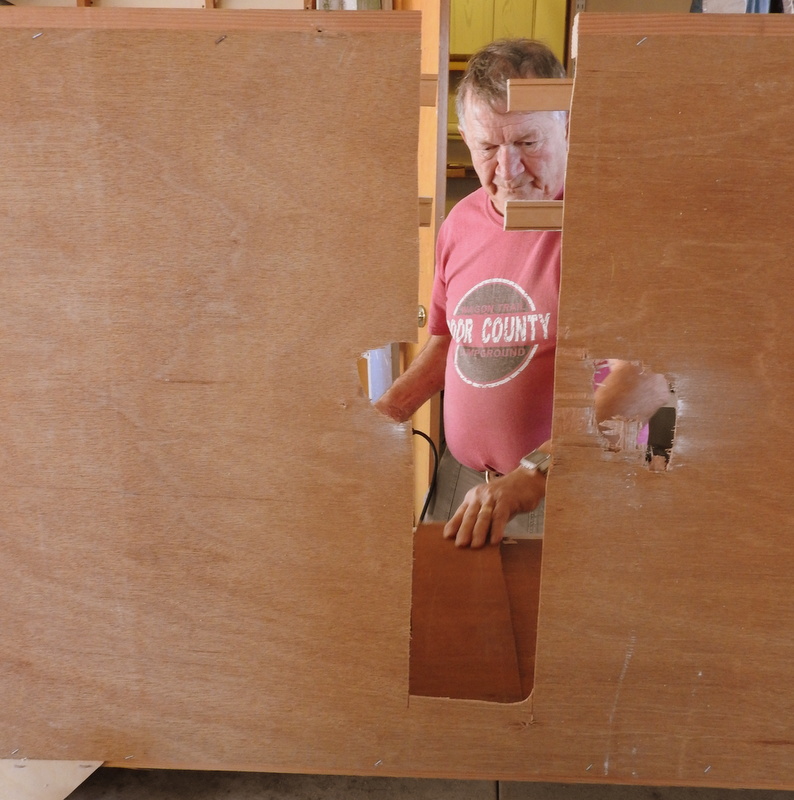 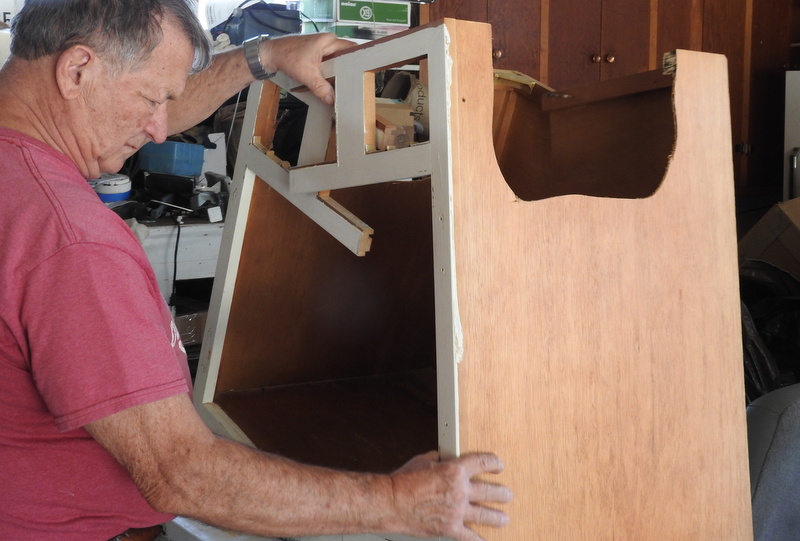 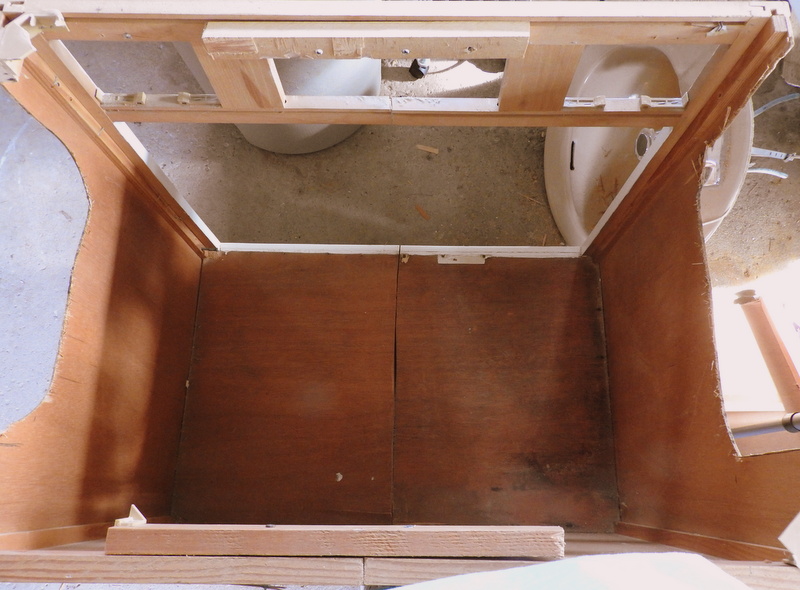 It’s beginning to come together. This was where Bill left it for the day. We need some better screws to finish.

And that’s how you shorten a vanity!

Mark had another good day of classes.  In the morning, he was learning about Norcold refrigerators and how to work on them.  I don’t think I mentioned that they have been feeding the students breakfast and lunch.  Mark said he had a very good lunch.  In the afternoon, he learned how to fix levelers when they are stuck.  This is something he has had some difficulty with, and they showed him a simple way to work with them.  That alone made the training valuable for him.  Everything else is a bonus!

He just has a morning class and lunch to go and then he’ll head home.  Be praying for his safety, especially as he travels through Chicago!