He called this morning, but said he had a client whose house sustained damage in a recent rain storm we had.  He said he’d come in this afternoon and he did.  In the meantime, we heard our delivery was coming so I called two other new men to come and work.  I got hold of one but had to leave a message for the other.  I’d given my two guys that were steady this last week the day off because I wanted the new people to get a chance to learn what to do.  A woman had come in last night to fill out an application, so I called her this morning in desperation and said I’d like to hire her and could she come in an hour to work?  She graciously agreed.

When I heard that we were getting a delivery today, I asked what kind of trees we were getting.  When they said Nobles, I said, “Where are we going to put more Nobles?”  They delivered another sixty four.  We now have a tent full of Nobles and no other kinds of trees. 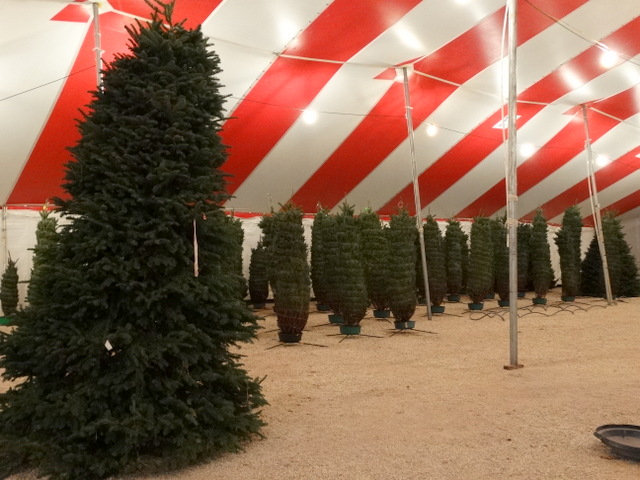 Part way through setting up the first delivery of Nobles.

Every day for the past three days, we’ve sold one tree a day.  Today we had two women come in who want flocked trees.  They won’t actually buy them till they come in to pick them up, but it spurred Mark to practice flocking on a couple small trees today.

I’ve been getting my booth set up.  I decorated it with some Christmas wrap and some red and white safety tape. 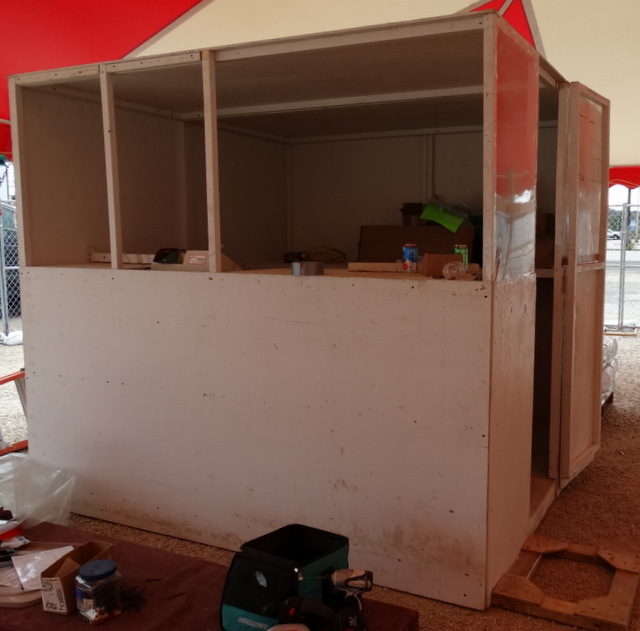 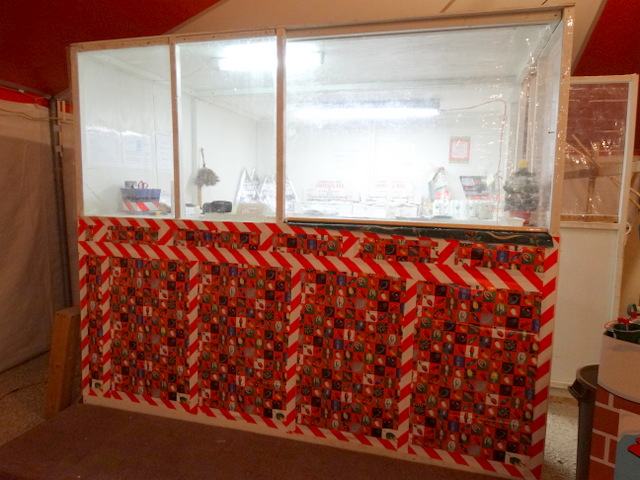