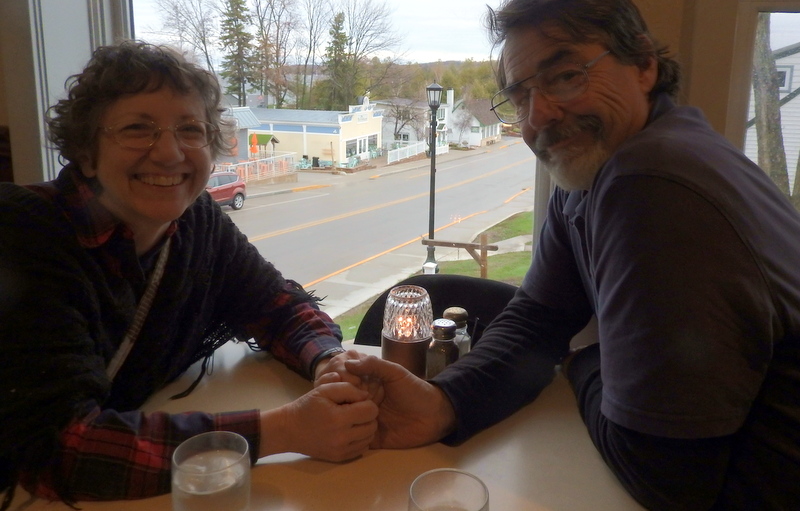 I took yesterday (the 9th) off to celebrate my birthday. Mark was kind enough to take me wherever I wanted to go all day yesterday. This was dinner at the Sister Bay Bowl!

Today I was back at it.  I started the day out by going to all the heat registers I could get to and pulling the nails out of the back piece so that when Mark cuts the pipes below the house, we can pull the registers out of the floor.  That was so strenuous that I had to kick back for a few minutes before I could make lunch for the two of us.

This afternoon, I tackled another part of the project.  There has been a half wall next to the bathroom sink counter.  Mark suggested I take the wallboard off it.  At one point, I opened the wall enough to see that on the back side of the other side of the wall, some contractor had drawn a very disturbing picture.  I know everyone likes to leave their mark, but that’s just juvenile.

This got me to thinking that I should write on the topic of “If walls could talk…”  As I have been pulling registers and removing walls for our remodel, I have come across some interesting things:

Winnie the Pooh! The woman who owned this house before us had a number of grandchildren and probably great-grandchildren too. How old must this cutout have been?

The two items above came from pulling the heat registers, as did a barely legible nickel and a penny dated 1997.  The next item was in the wall I was taking out today: 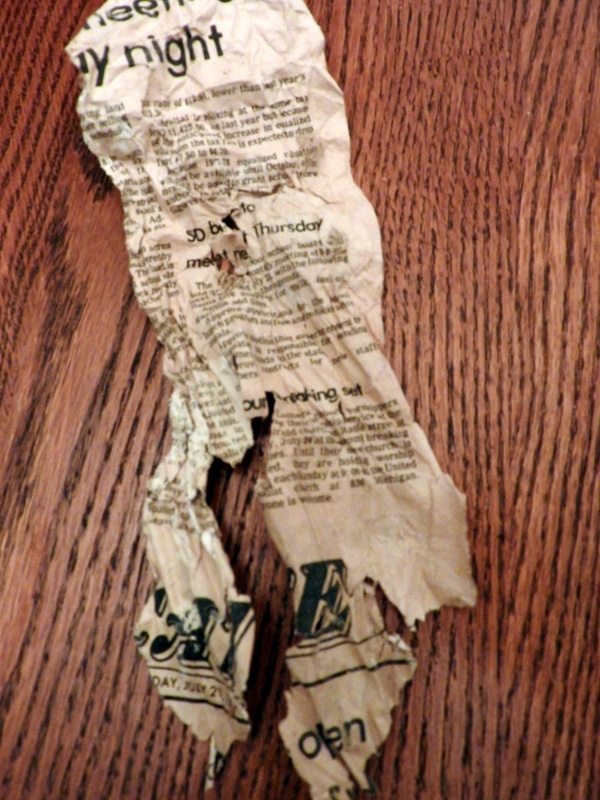 There used to be a newspaper in Door County called The Advocate. I think this is from that paper. 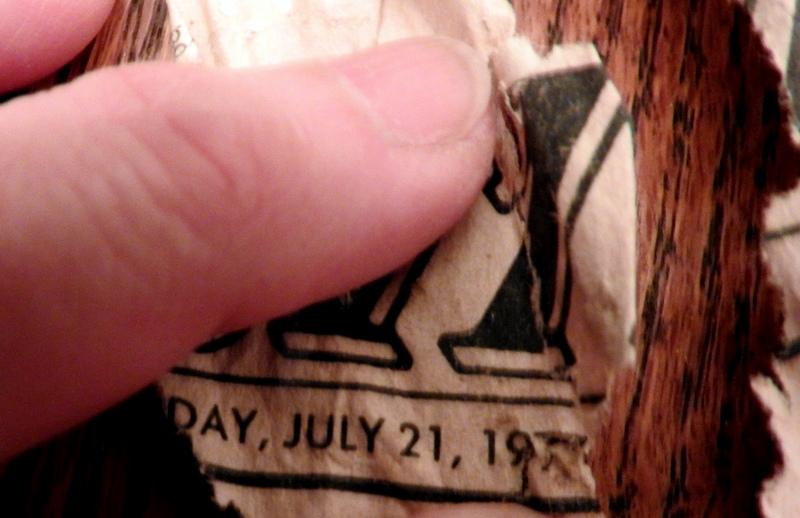 Here is what the bathroom looks like without the half wall that I took out with a little of Mark’s help today: 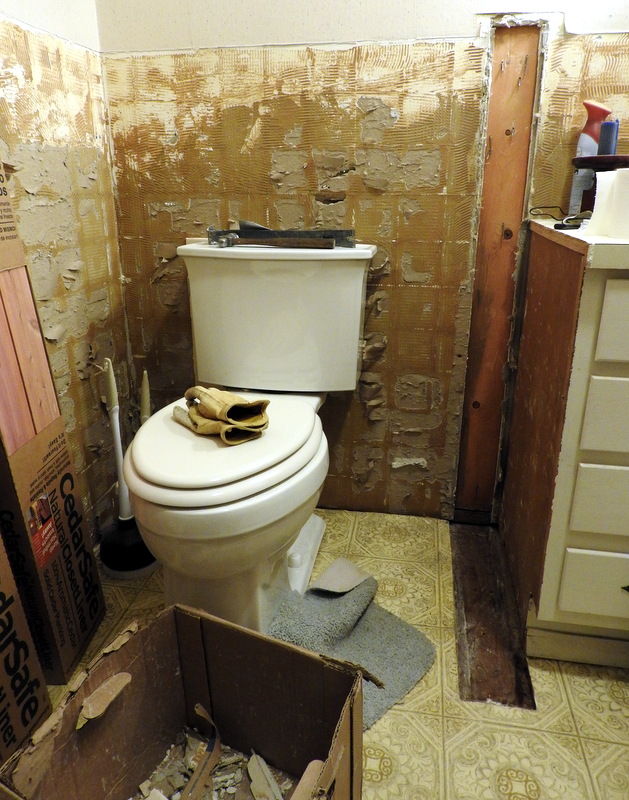 We need to pull the sink cabinet and the sink out. We plan to install a double sink that is a couple of inches shorter than the original. 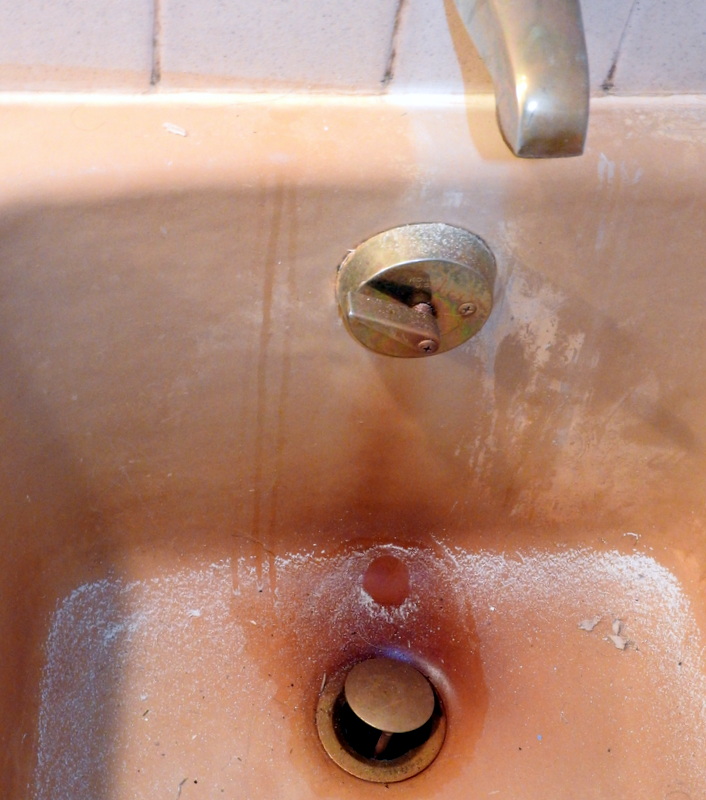 Someone commented the other day that she’d never heard of water having iron in it. I took this picture of our bathtub to show what the iron does to everything the water touches. Those are rust stains.

The white powder you see in the tub is from the work I was doing today.  As I was working on breaking the wallboard out, all sorts of chalky stuff and bits and pieces were coming out with it.  I had a small shop vac in the bathroom that I periodically turned on to suck it all up.  At one point, I was having difficulty getting the vacuum to pick up the pieces, and when I looked up, the air was white with chalk dust.  Apparently, it was leaking out of the back of the vacuum.  We have a shower curtain up in the tub, but it got sprinkled with the white stuff nonetheless.