My son and daughter-in-law are here to visit for a couple days.  This morning they came to see the house and the yard.  Sarah is good at identifying plants and she says she thinks I have grapes and golden raspberries in my yard.  She recommended we wait to see whether they are before we consider pulling them out.

They are staying at Rowley’s Bay Resort and slept in this morning, so they didn’t have breakfast before they came over.  I took them for brunch at Wilson’s in Ephraim.  Wilson’s has been around since 1906.  It started out as an ice cream and candy shop. 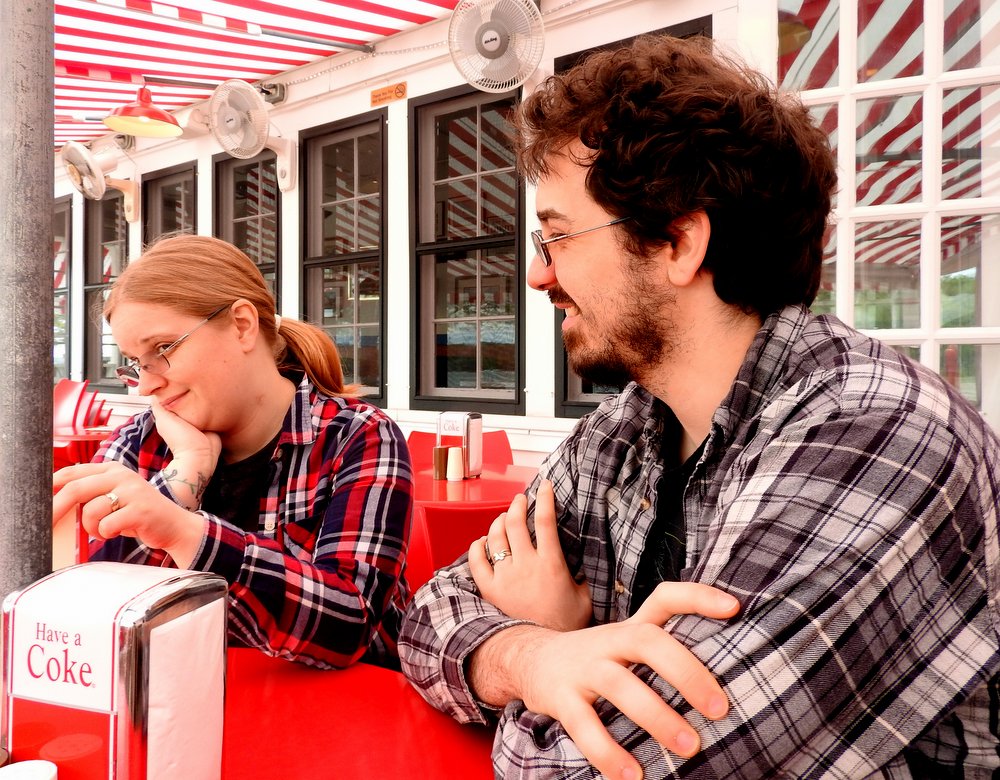 We were seated on the patio.

Then we drove down to Jacksonport.  First we went to Whitefish Dunes State Park.  Mark and I have never been there before. 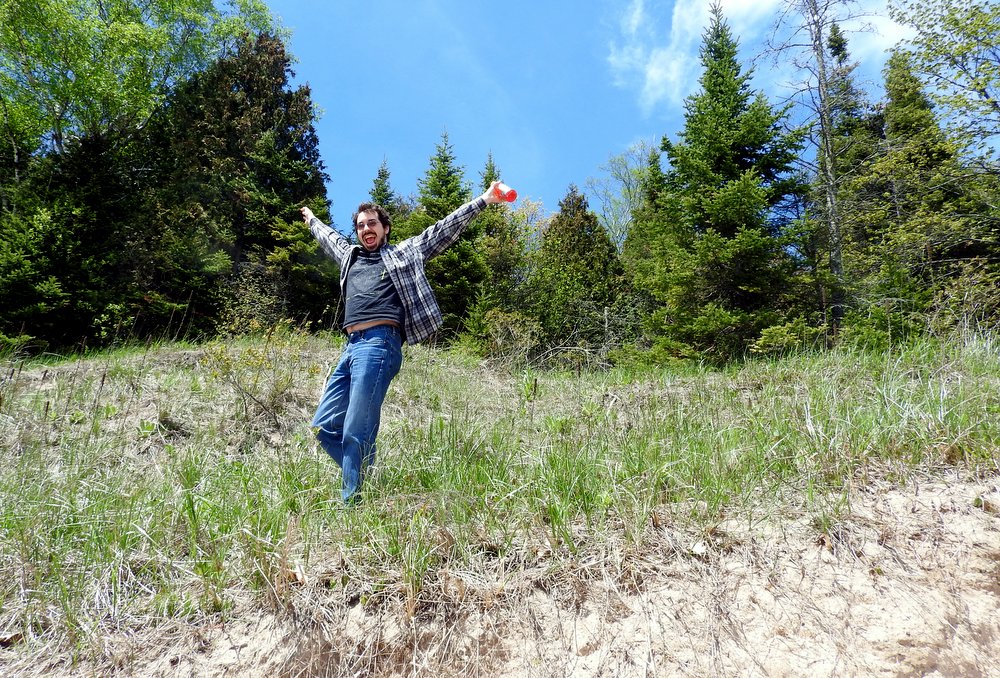 Jamey getting ready to fly! 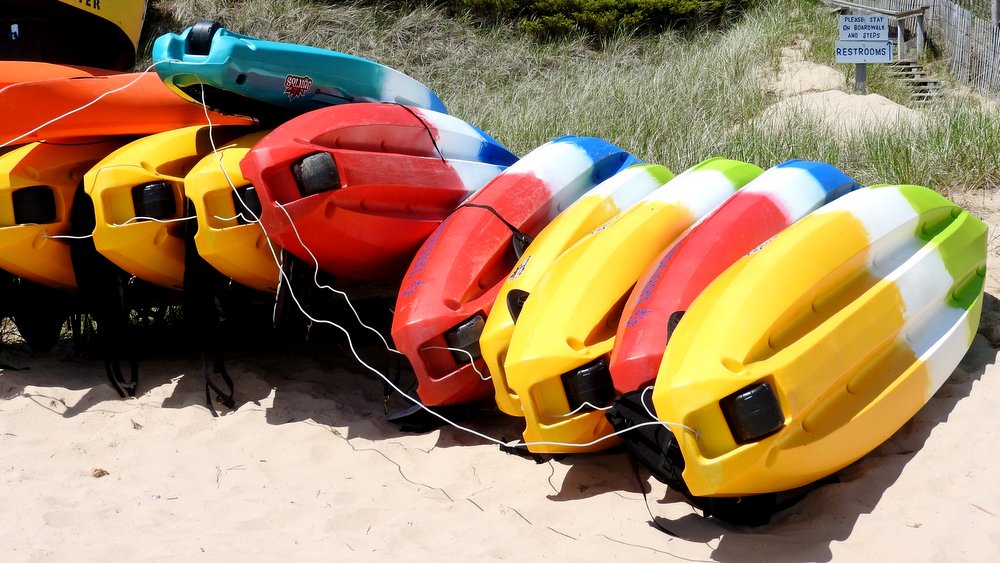 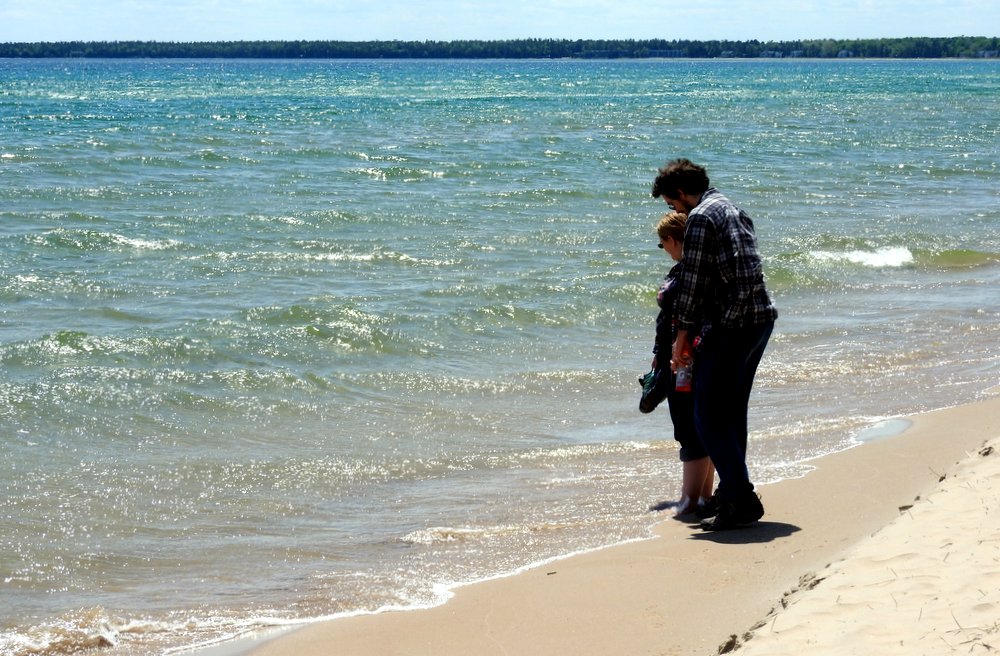 Sarah can now say she has stepped in Lake Michigan!

From there, we went to Cave Point. 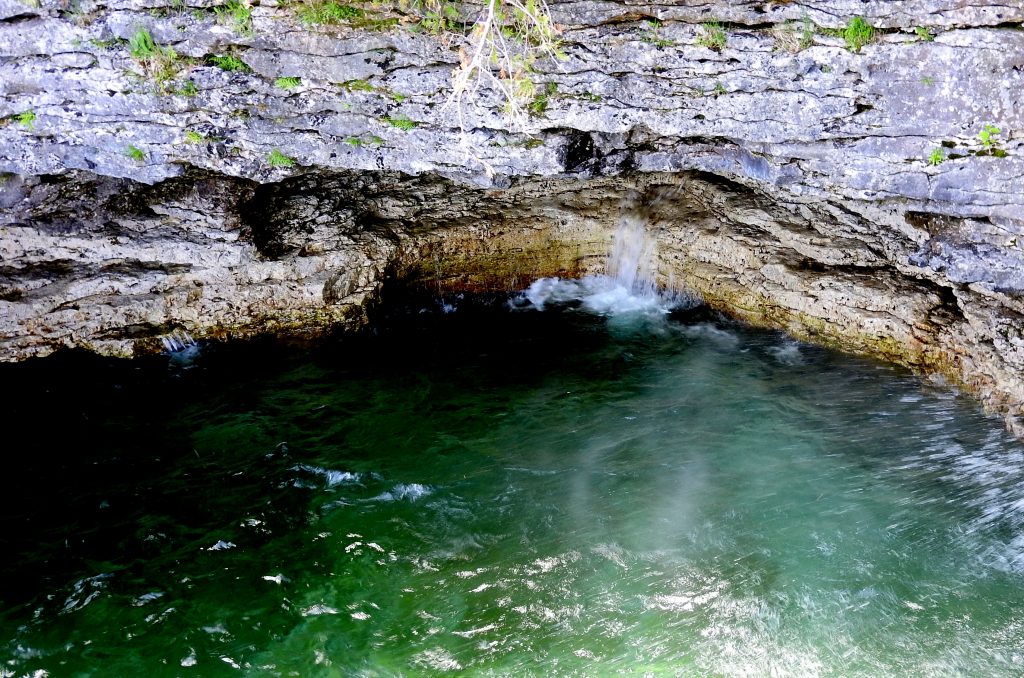 We started at what I like to call “The Devil’s Punch Bowl” after a similar phenomenon in Oregon.

The first time I was here with Mark, we headed south down the trail from here, but Jamey and Sarah wanted to head north first.  I’m glad they did because I saw something I have never seen before. 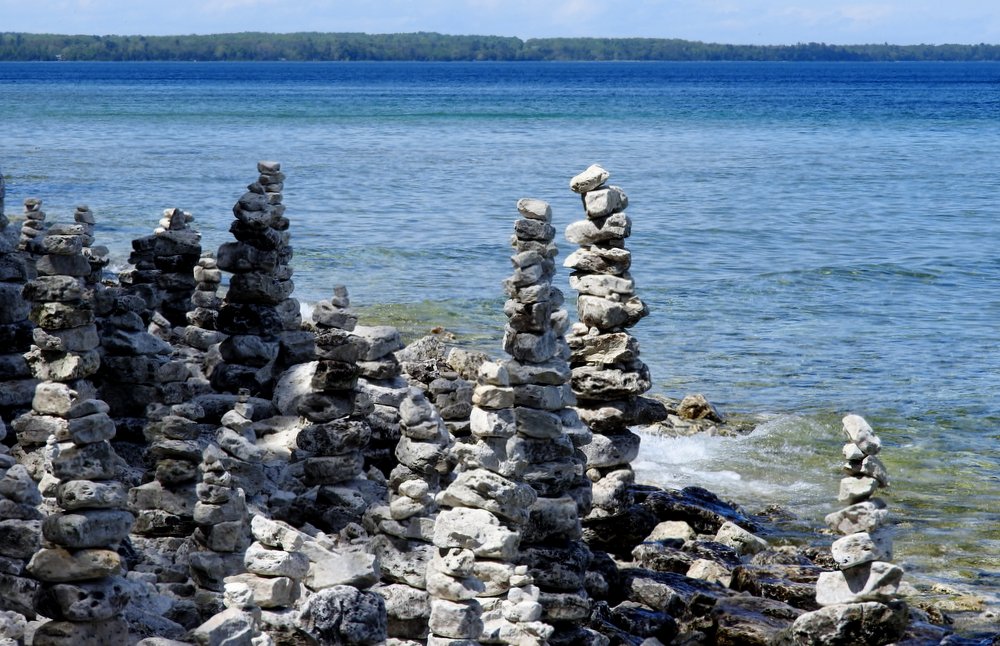 A whole cairn city built on the beach! 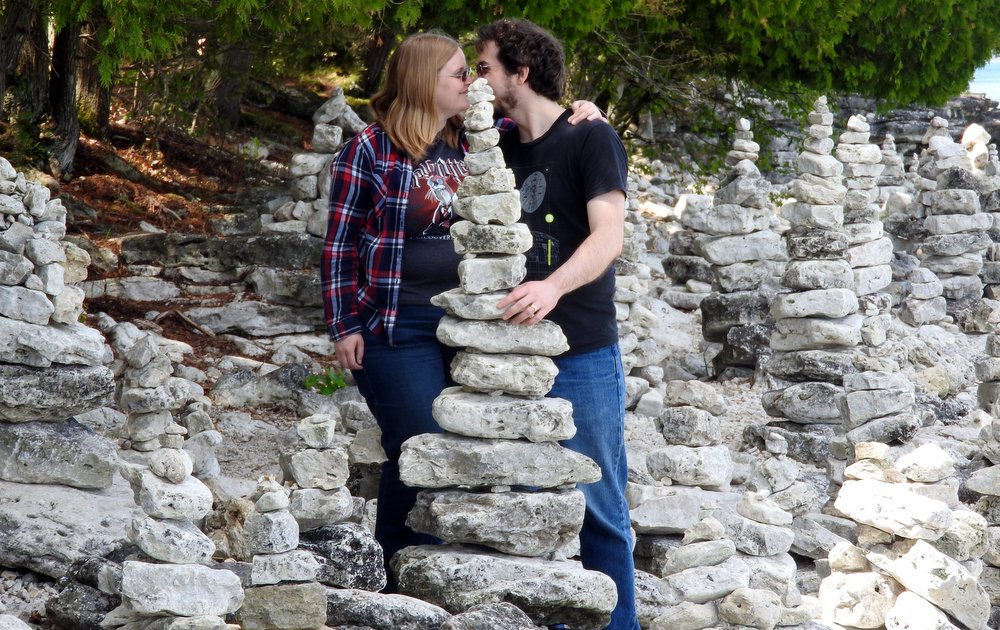 Jamey and Sarah smooching behind a cairn 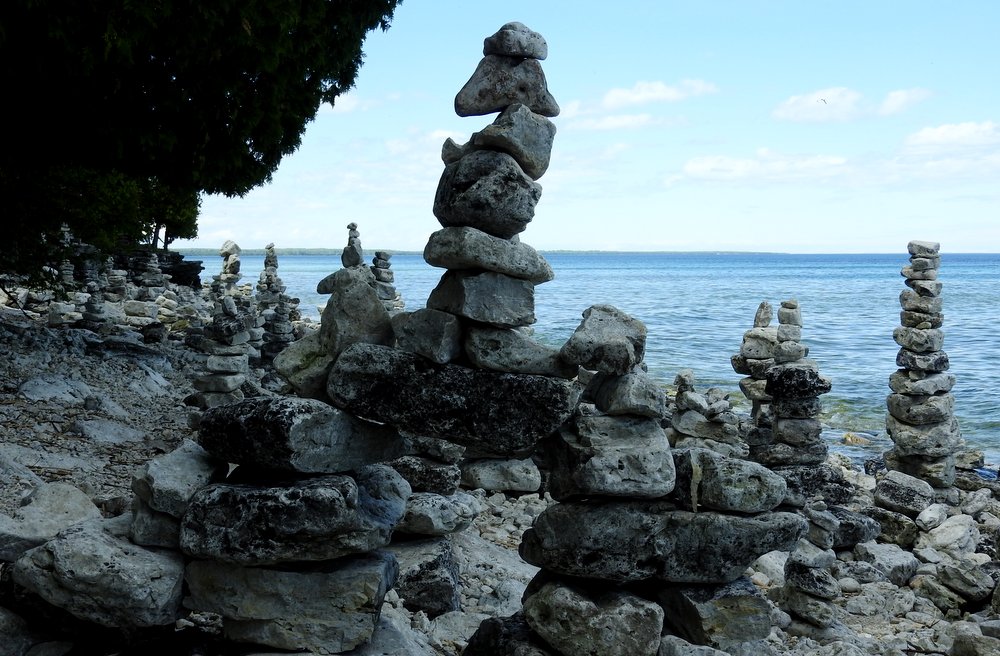 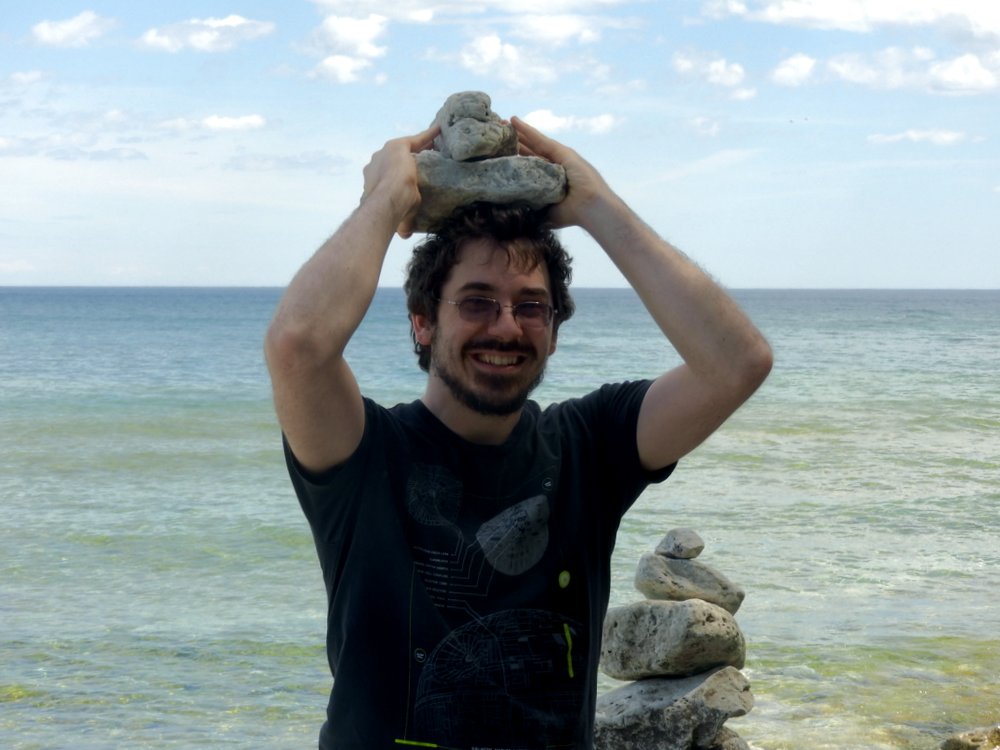 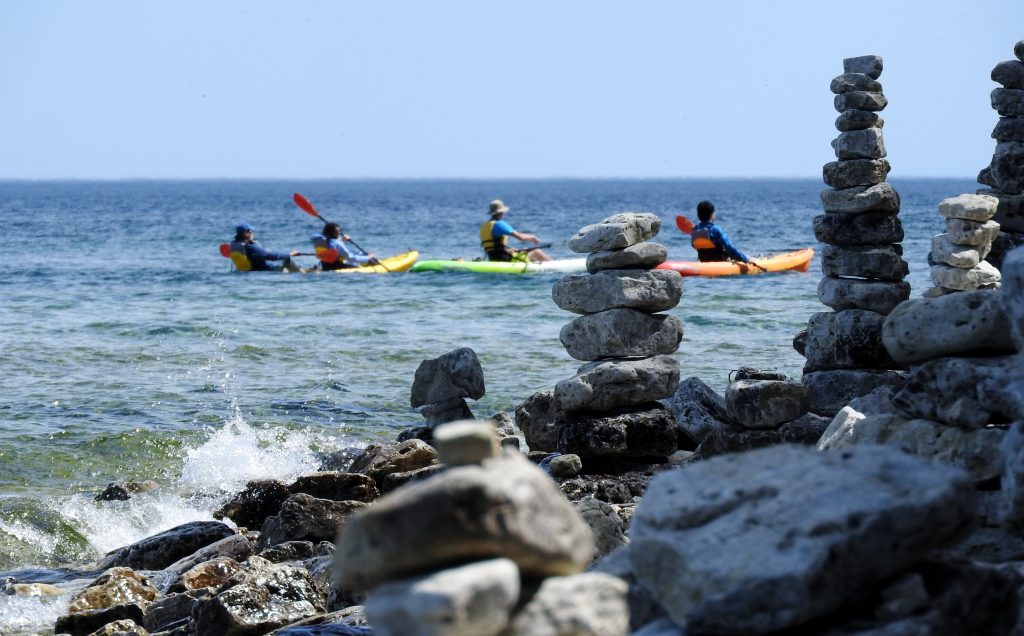 There was a kayak tour going by. 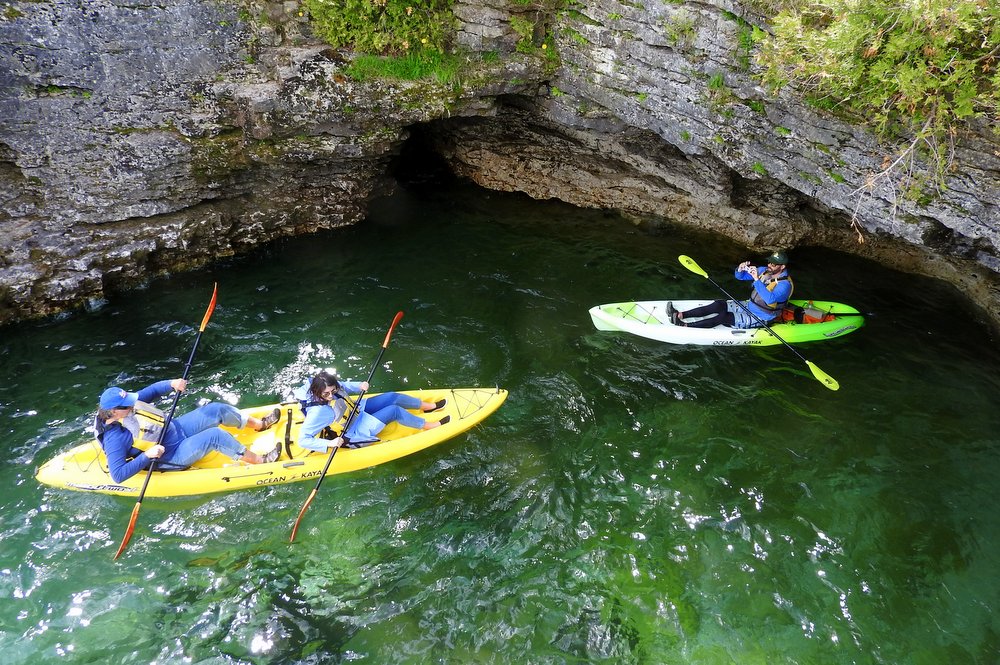 The tour guide actually led them into the punch bowl and took their picture!

Then we headed south on the trail. 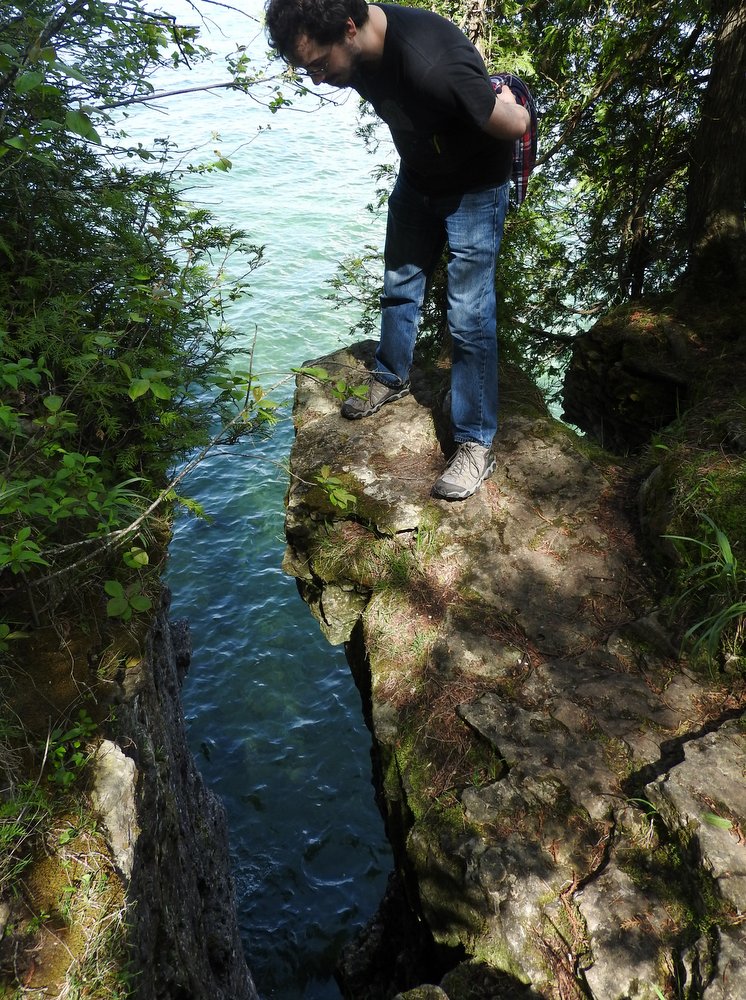 Jamey looking into a crack the rocks 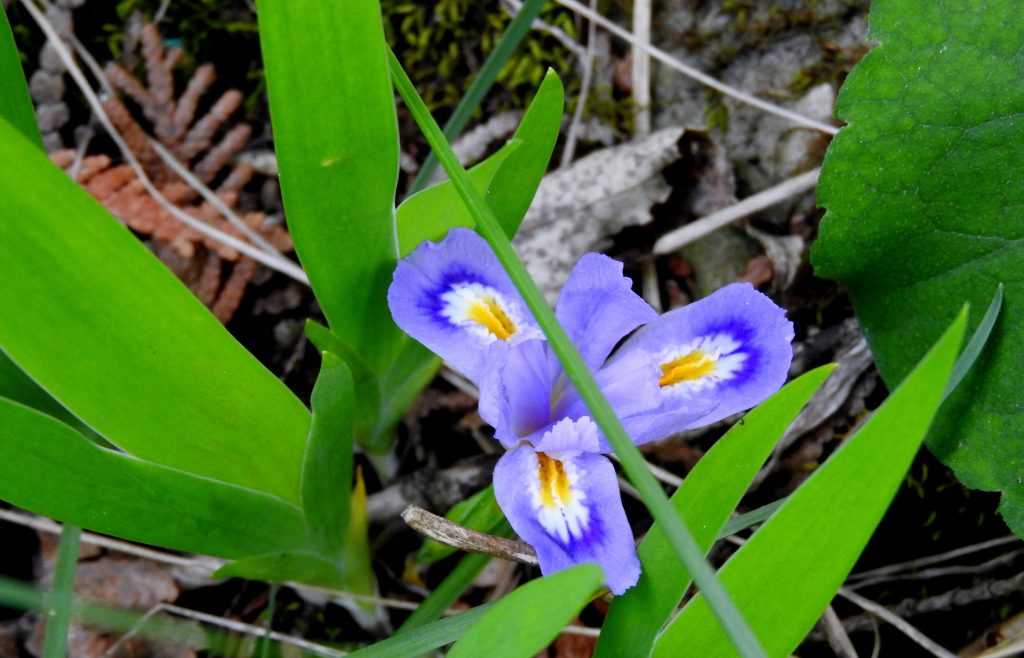 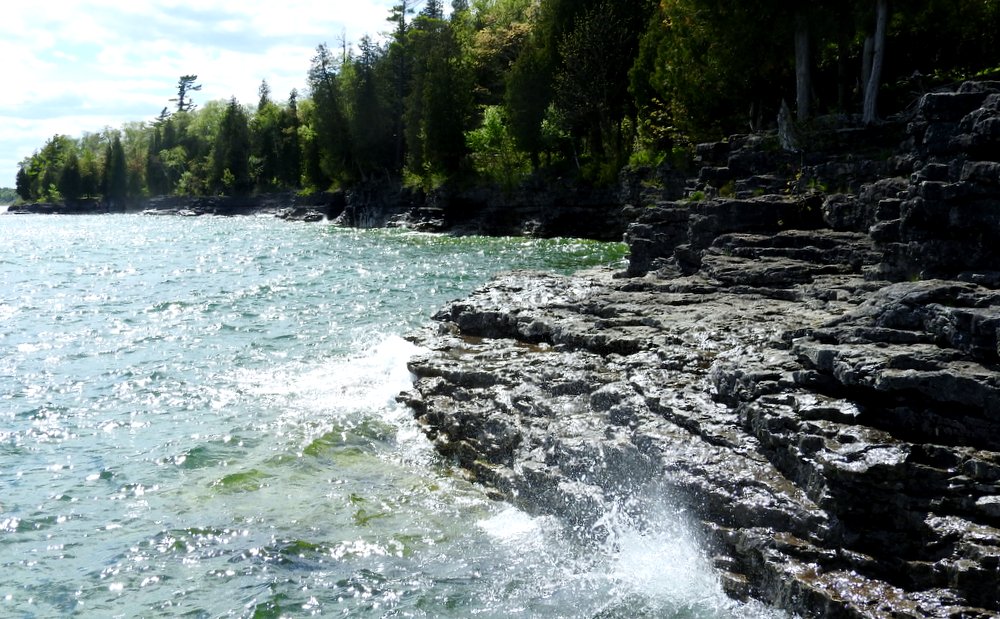 The row of caves 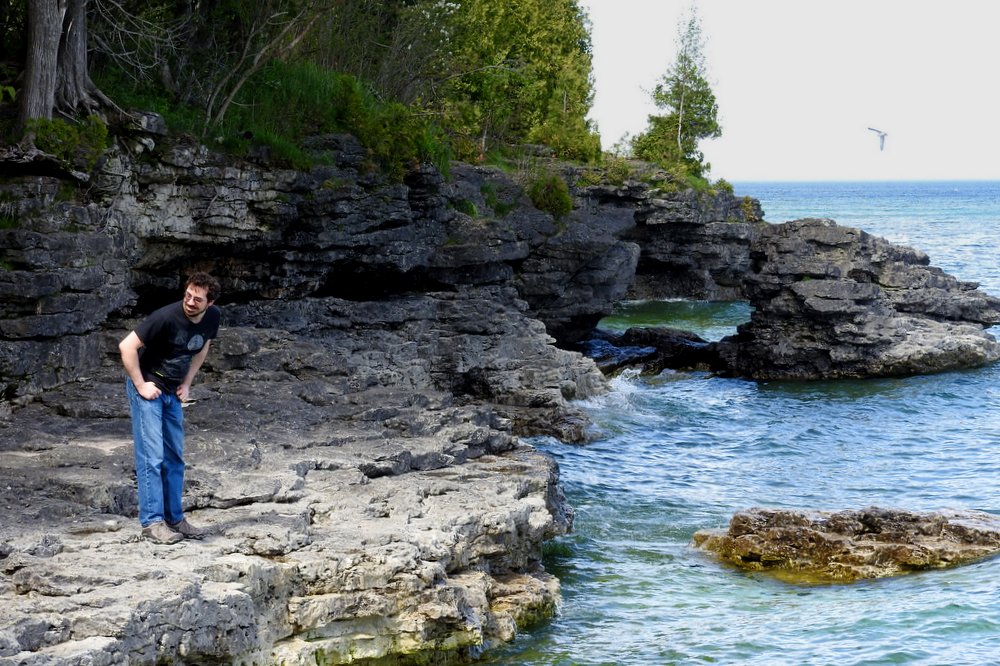 Jamey on a rock shelf 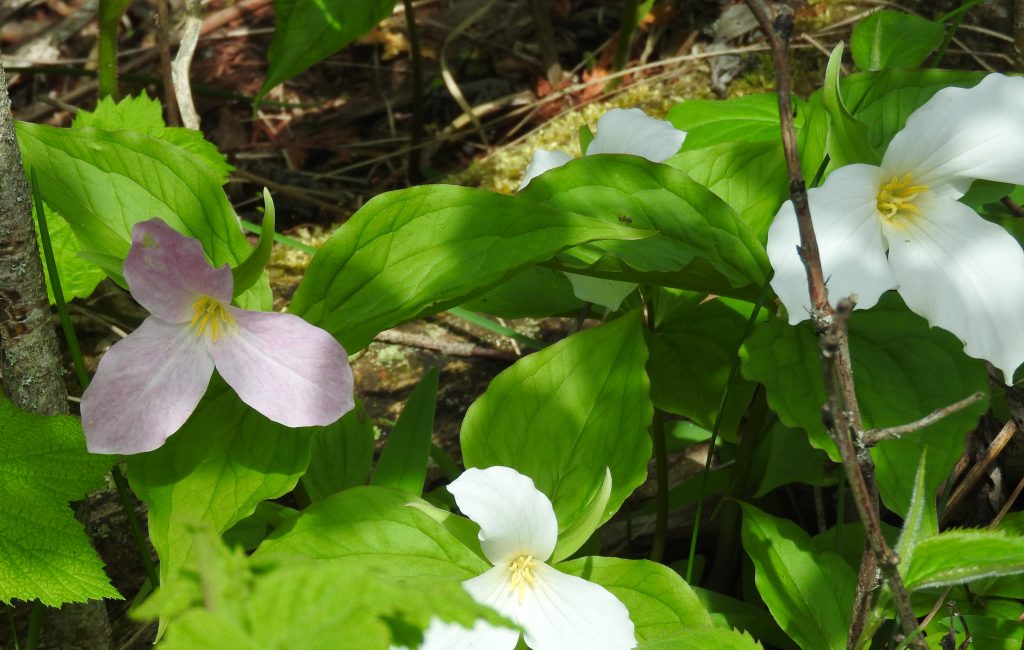 We left Jacksonport and headed back to Rowley’s Bay Resort where we met up with Mark for a story and fish boil. 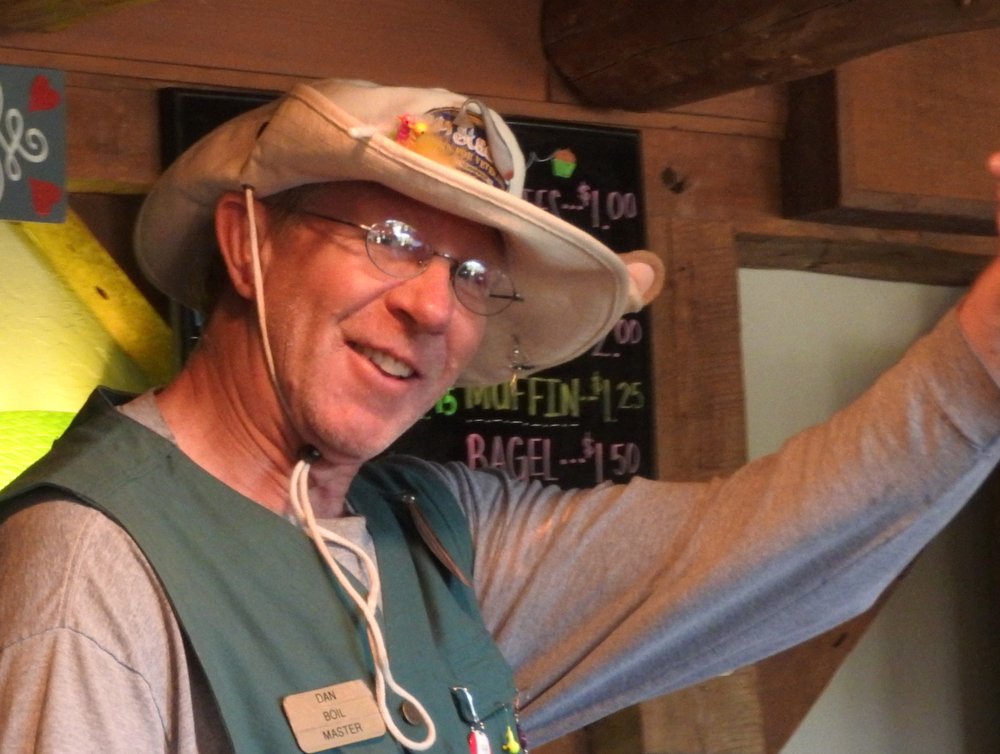 The chef greeting everyone during the story 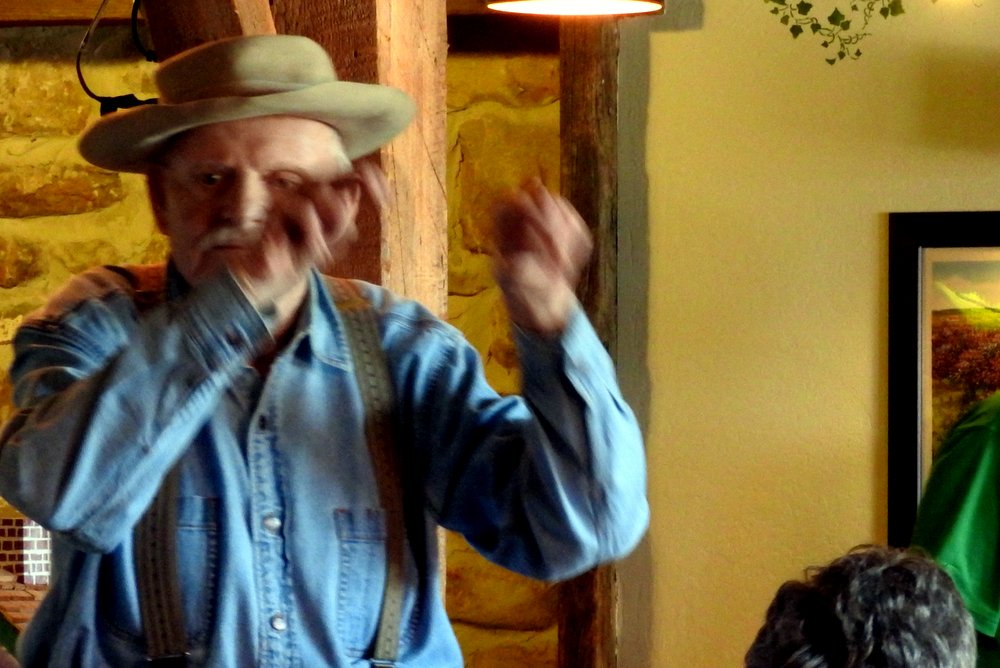 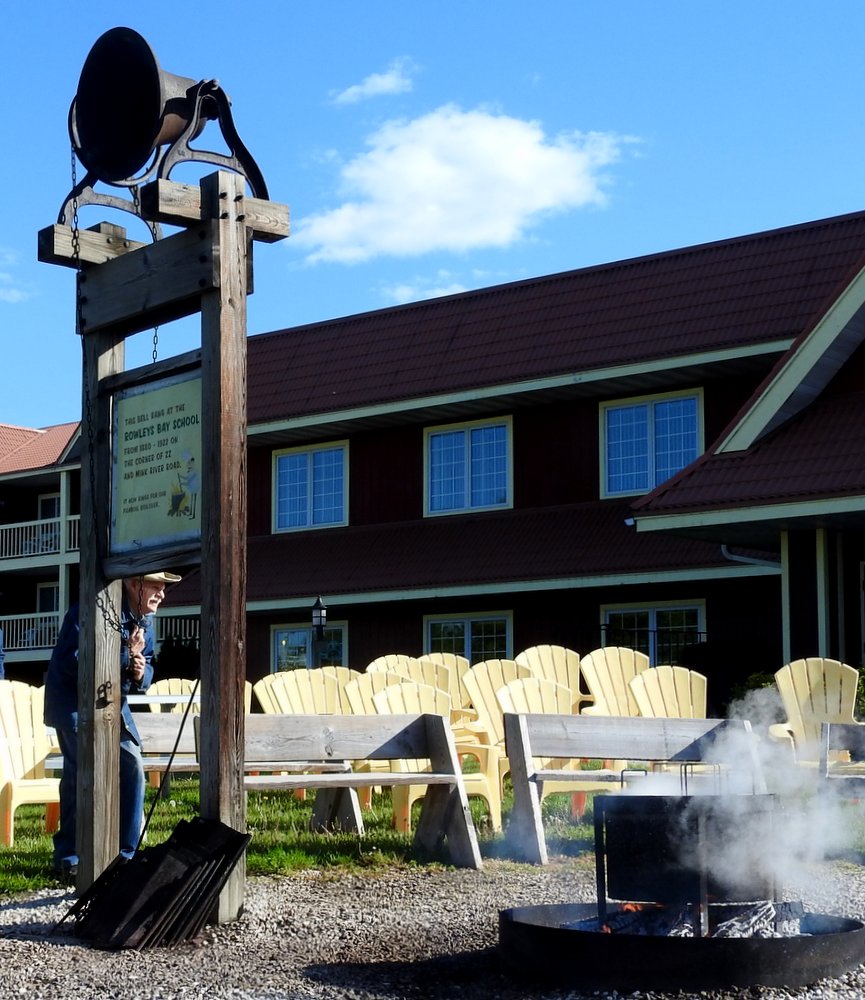 Ringing the bell for the fish boil

The chef put salt, onions, red potatoes, and white fish in the water throughout the story and let them boil.  Then, to get rid of the fish oil… 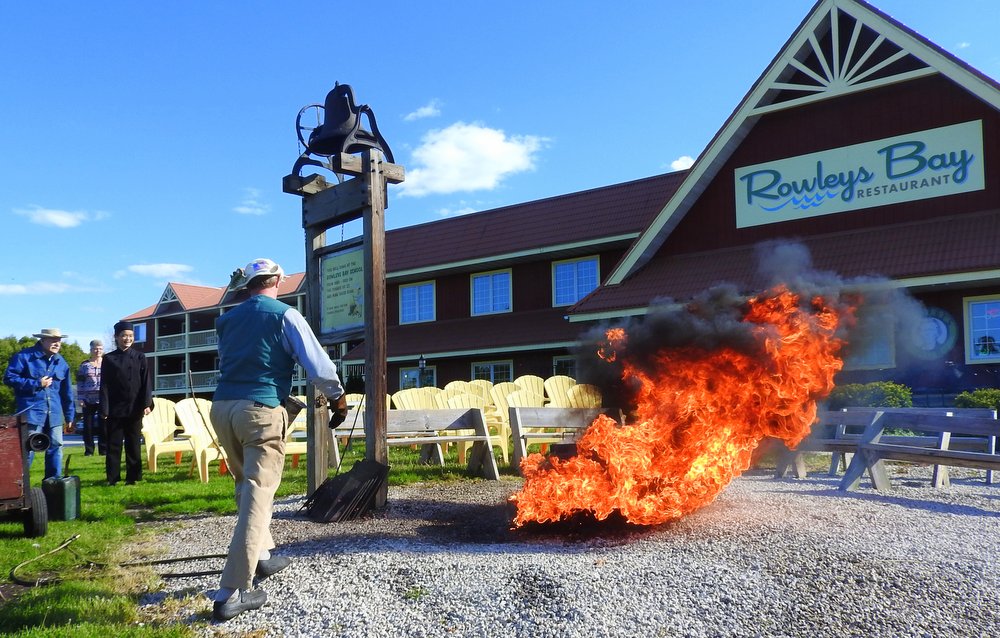 Throwing kerosene on the fire

They super-heated the fire so that it caused the kettle to boil over and get rid of the fishy oils.  It makes for quite a show!

After dinner, I took Jamey over to Wagon Trail Campground and introduced him to my friend, Judy, who was in the office.  Then I gave him a brief tour of where we had worked and lived there.  We parted there, but we have big plans for tomorrow too!