Mark and I didn’t set out until mid-afternoon today, and we stopped first at the quilt shop just up the road from our RV campground.  The woman in the shop has lived in both the St Petersburg area of Florida and in Door County, WI, so she was familiar with where we’ve been and where we are going.  It’s a small world! 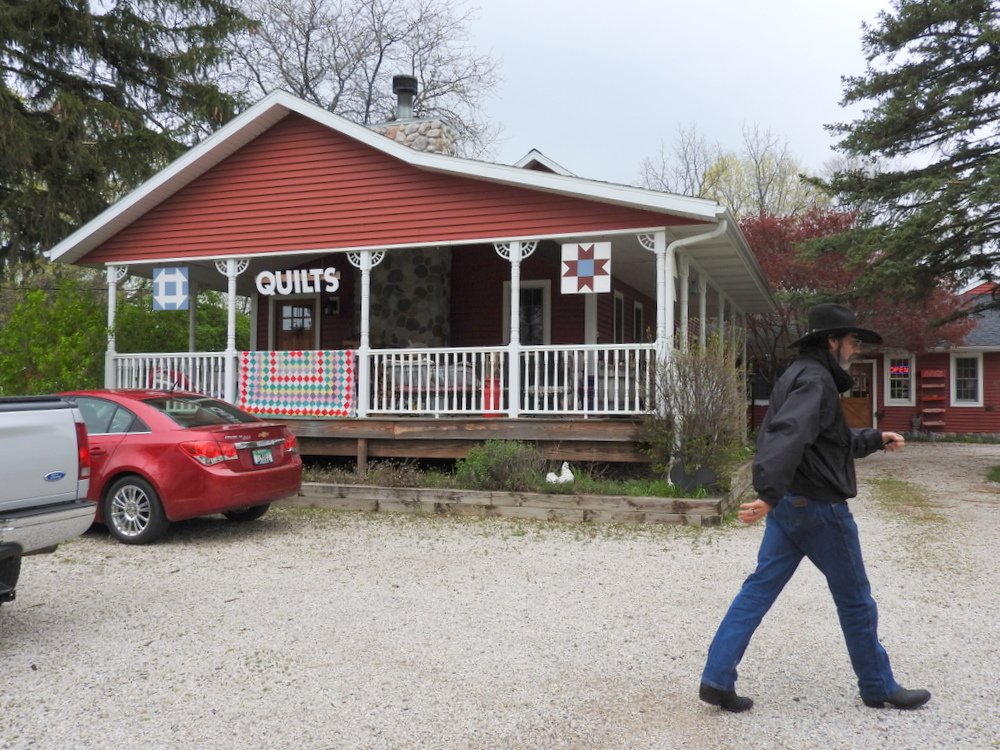 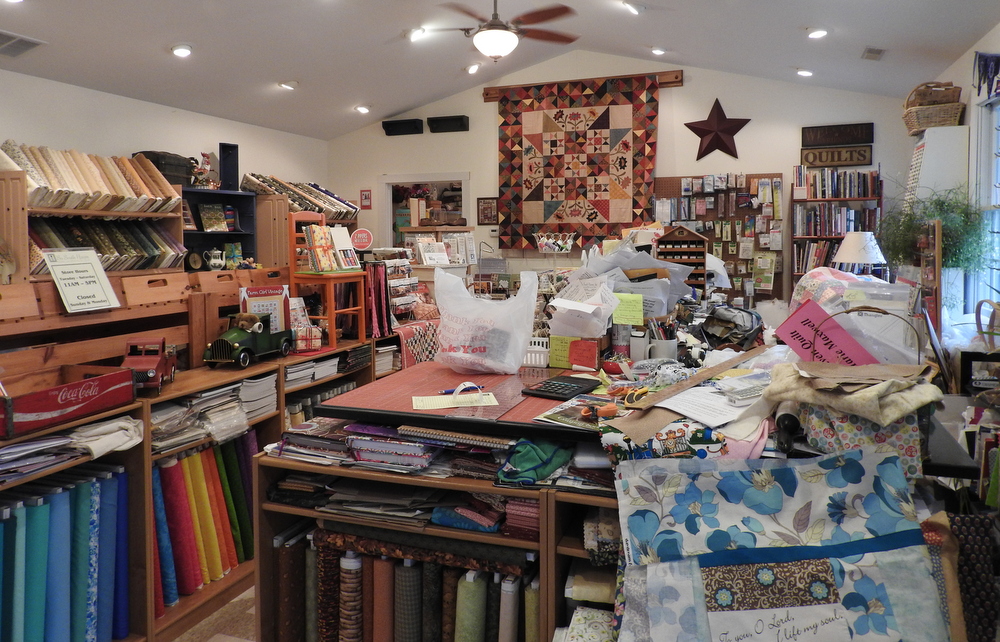 Once inside the store, I couldn’t resist buying a couple things!

Then we took our trusty map of Allegan County and headed to Ganges to find the three sections of property John and Louisa Bell bought and sold. 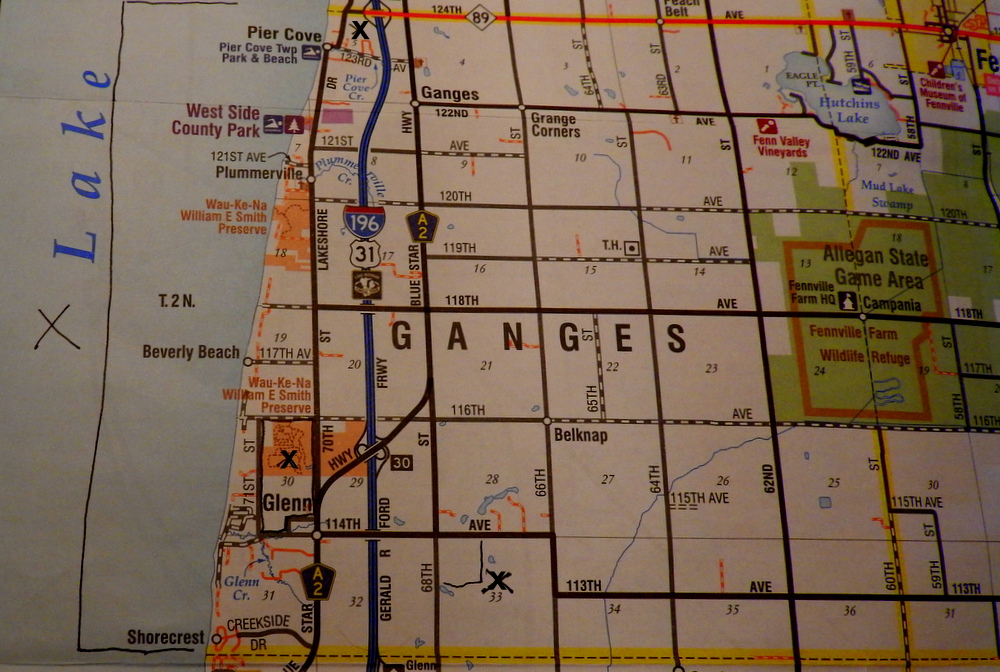 I have put X’s on the three sections of interest. 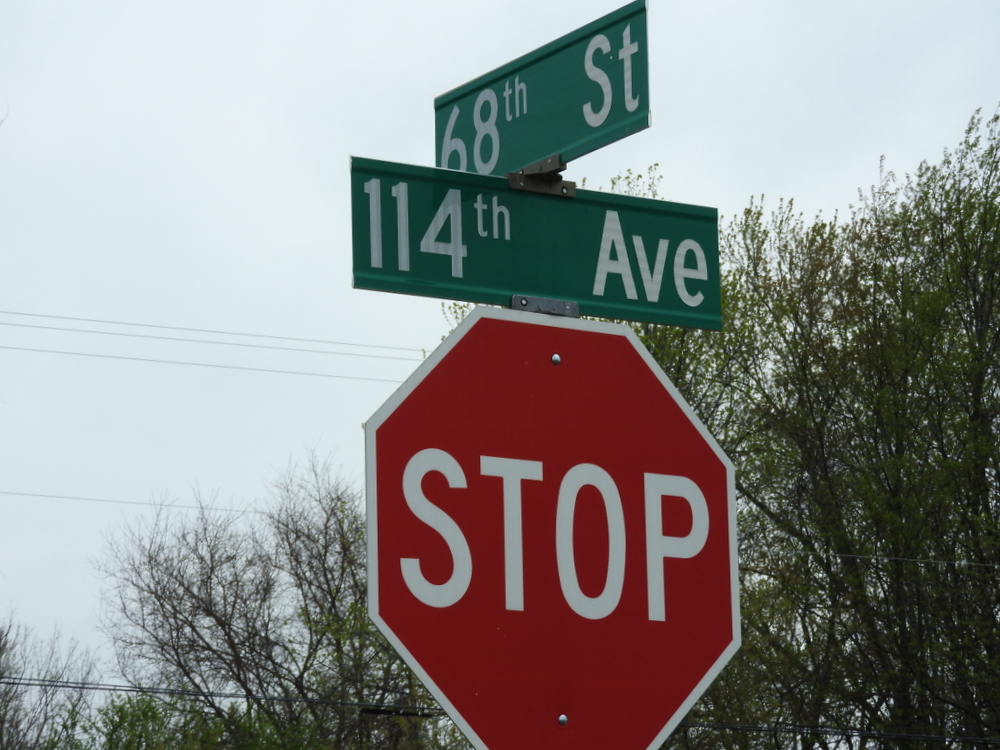 Section 33 started at this intersection and I believe it went as far as where 67th Street would have been if there’d been a 67th Street. 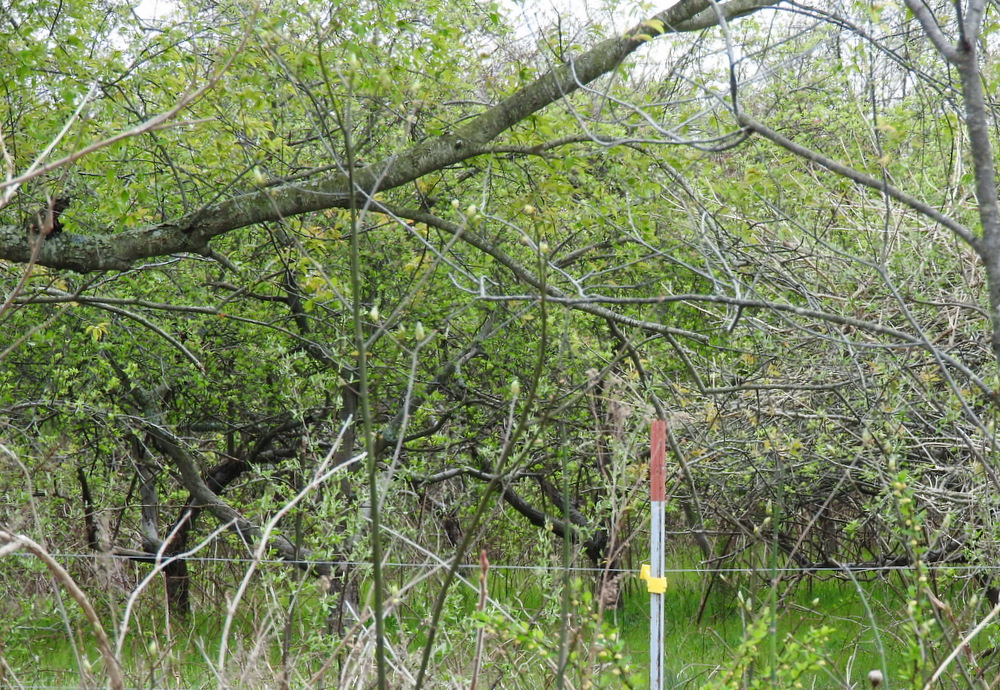 John Bell was registered as a farmer and fruit grower. This looks like an overgrown orchard to me. Could it be over 100 years old? 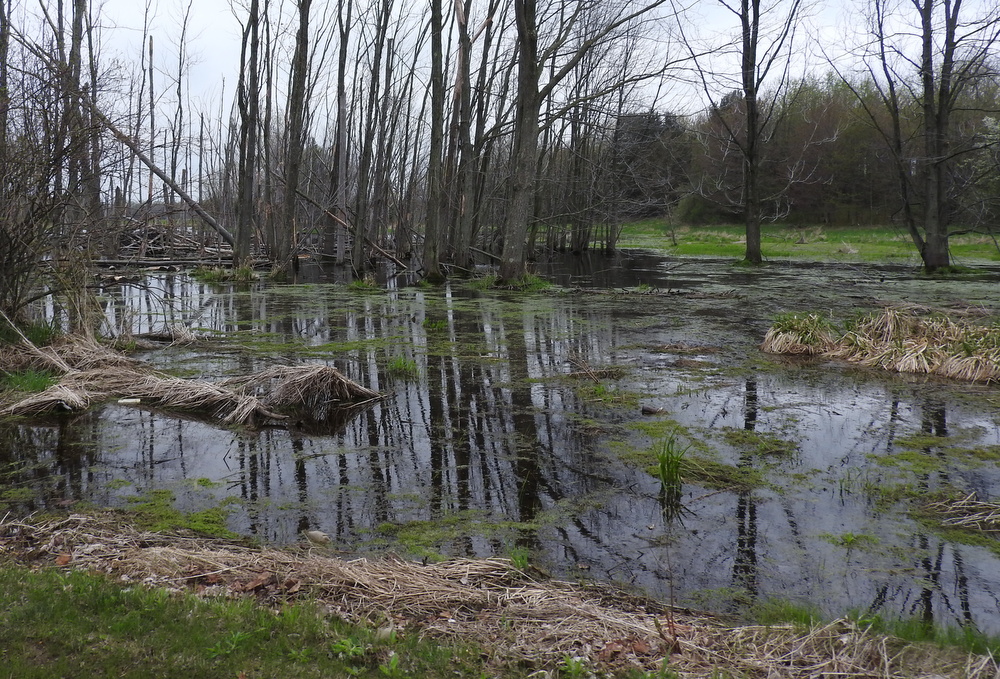 Part of the land was swampy. 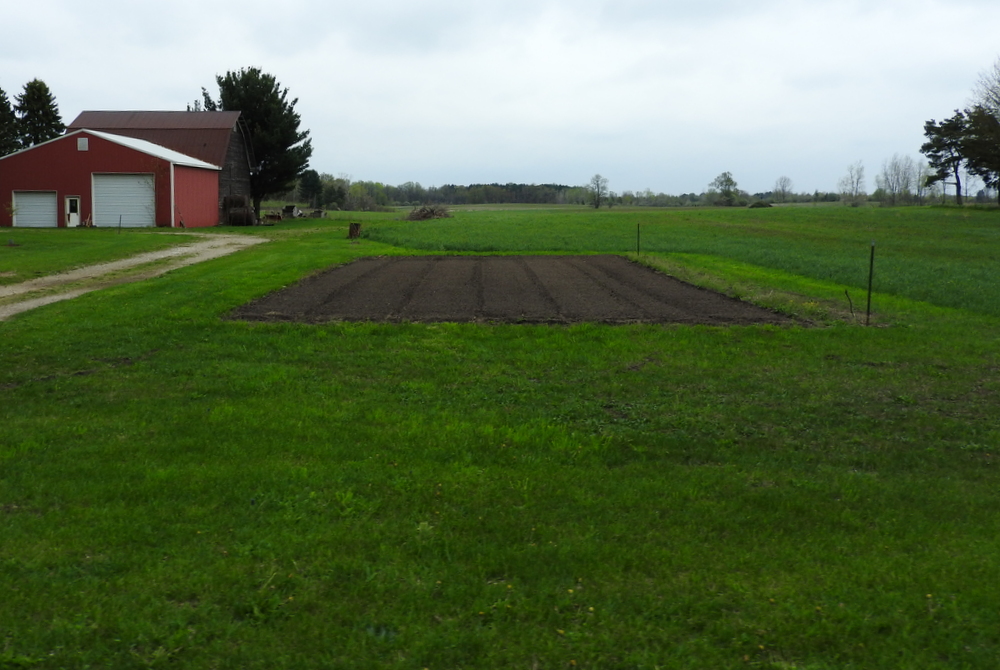 According to the house address, this farm probably marks the eastern border of the property.

Then we drove up to Section 30: 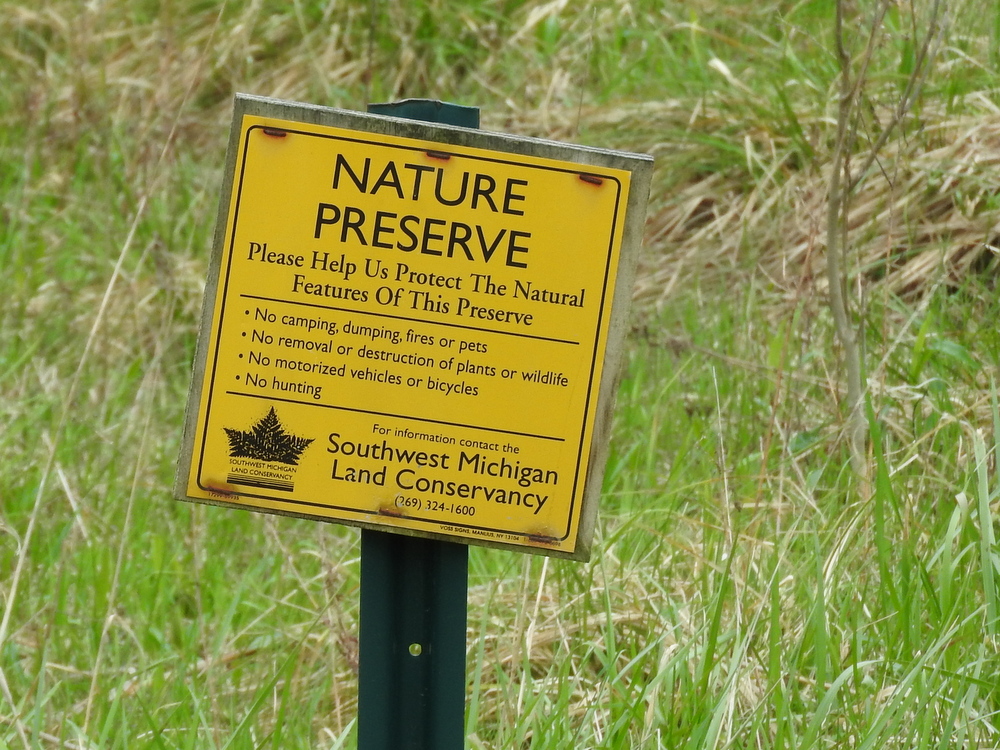 This section has been turned into a nature preserve, which I assume means it looks pretty much like it did when it was in the family. 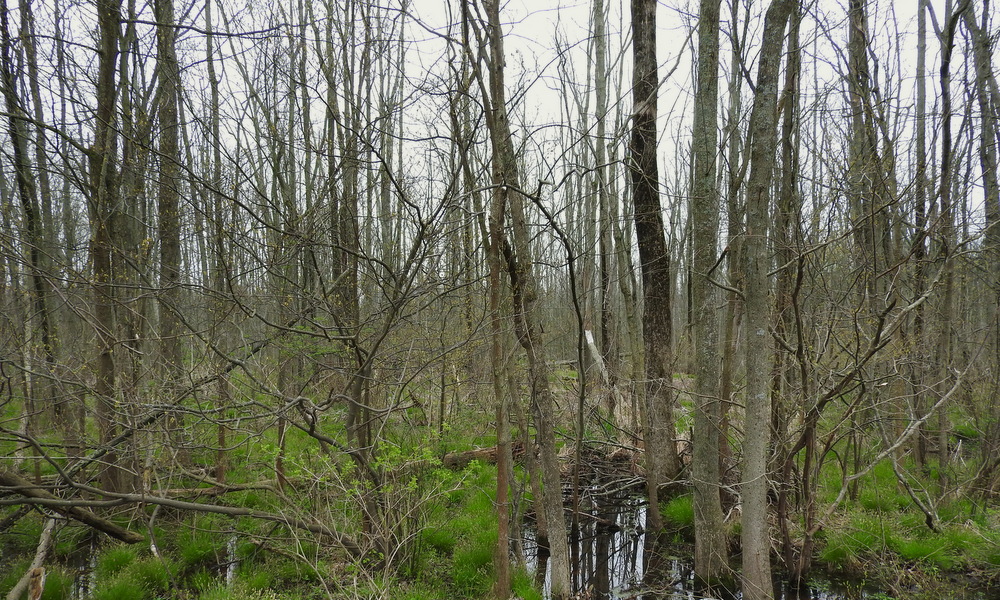 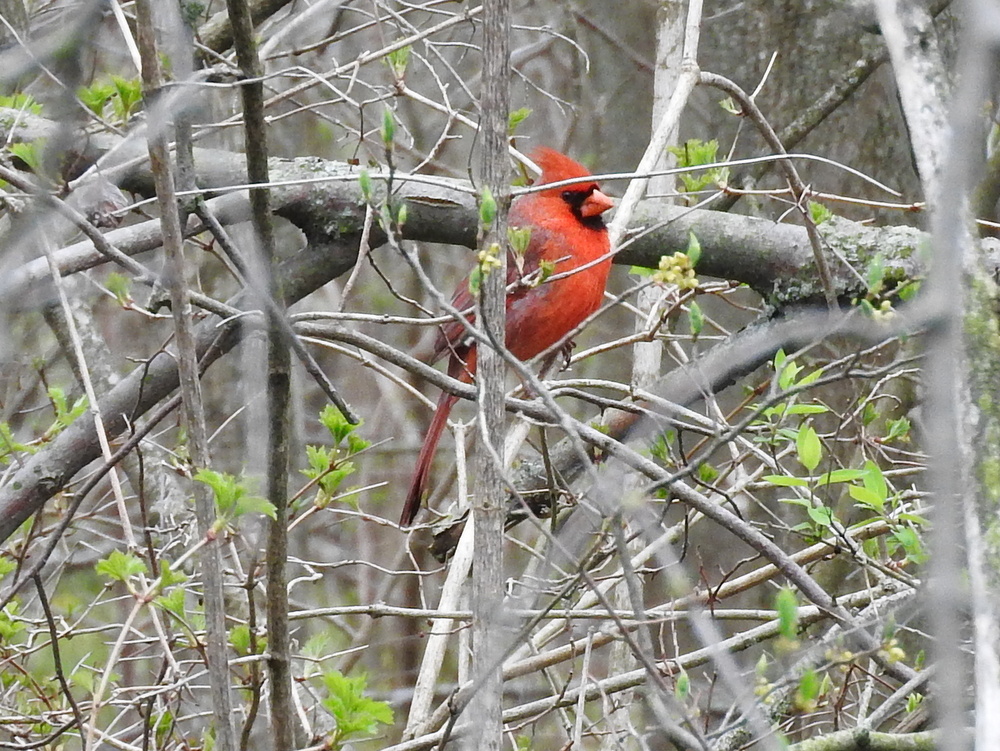 There were several beautiful birds including this cardinal. They probably feel safe here. 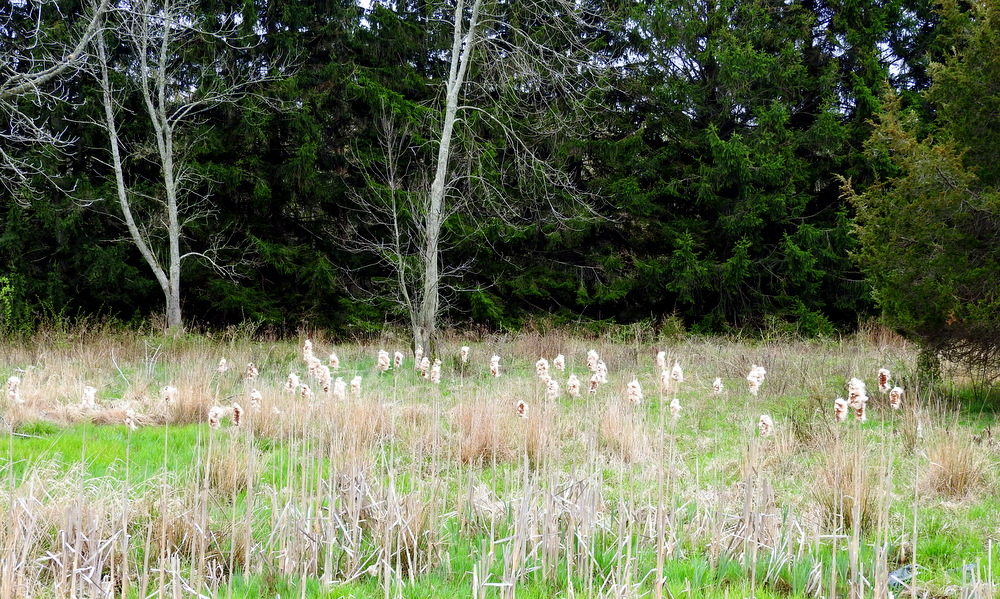 Section 5 was quite a bit further north: 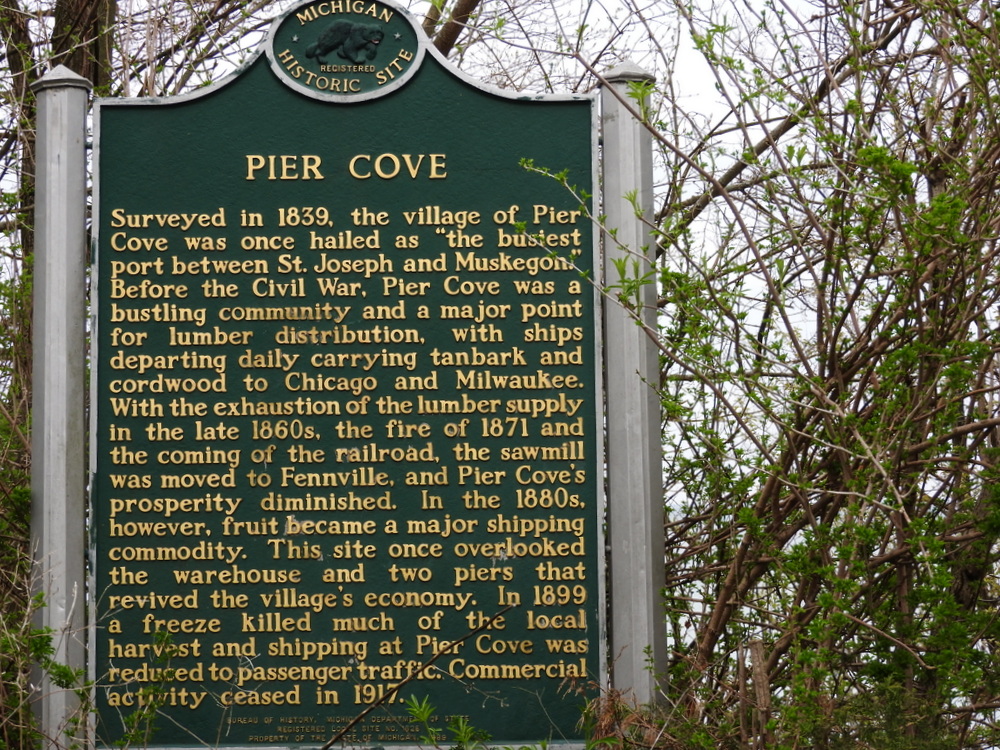 One of the deeds described John Bell’s property as “Commencing at a red oak on top of the Bank of Michigan Lake…” We couldn’t find the red oak, but this cove is probably pretty close. 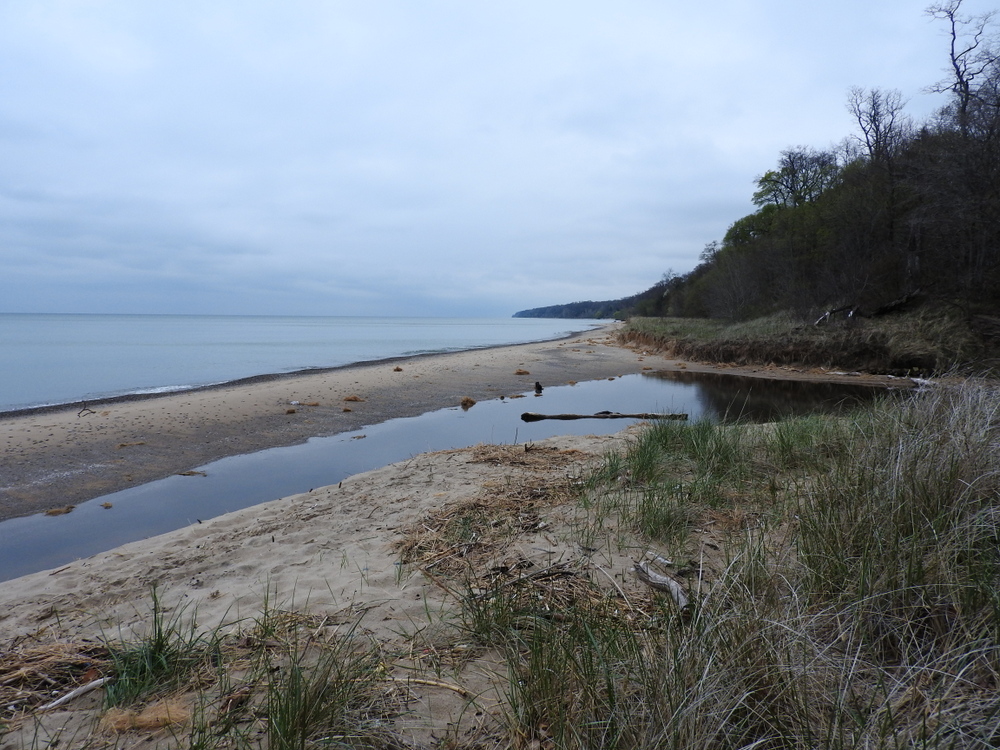 We walked down to the beach and looked north… 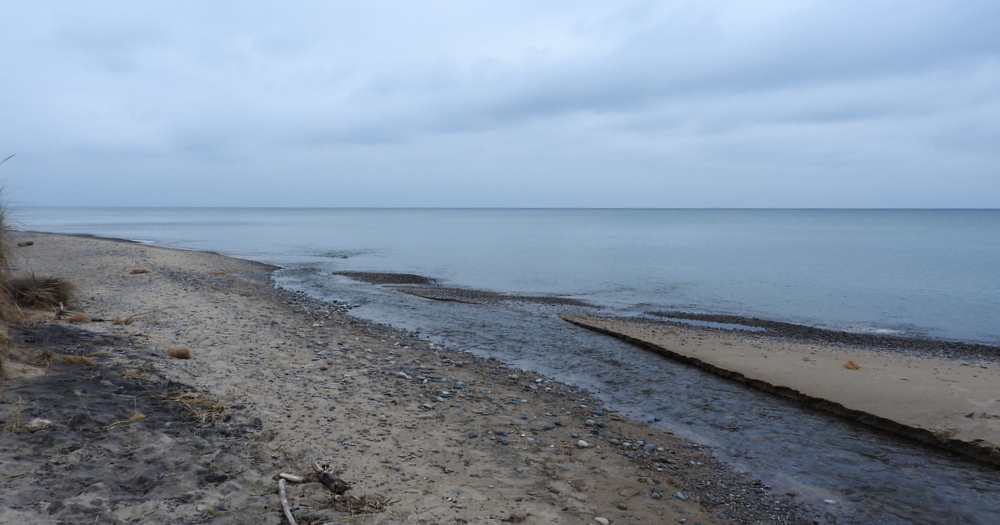 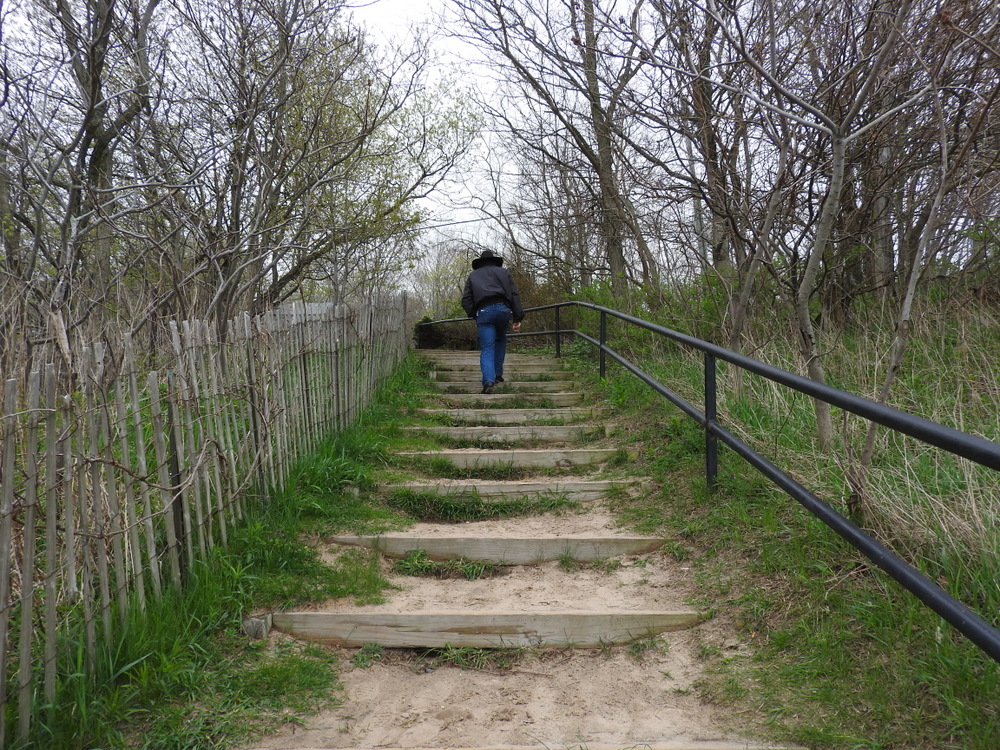 This was the stairway down to the beach. 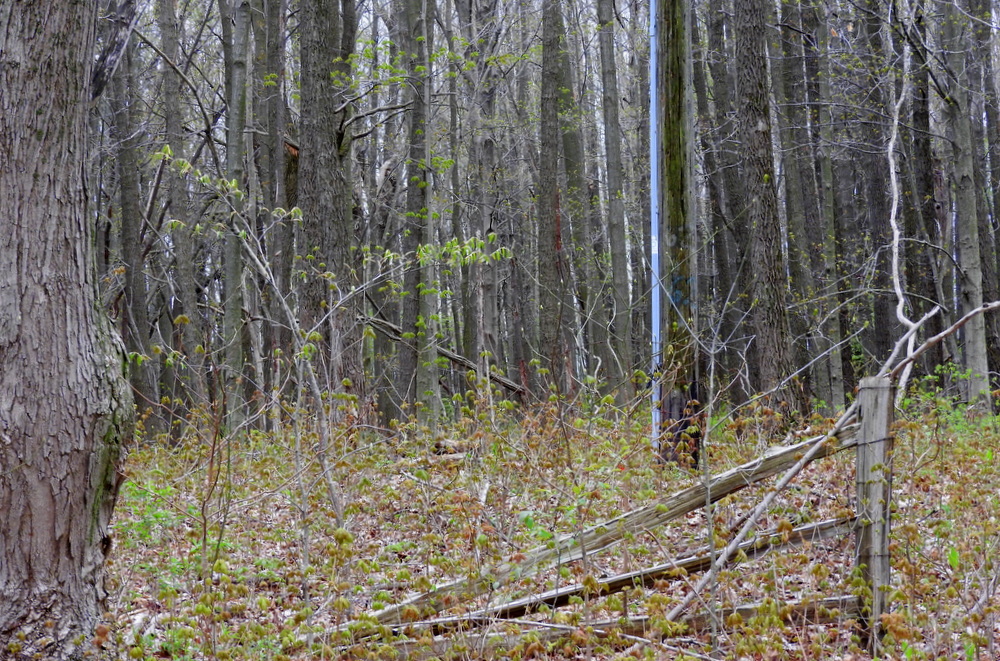 At the top there were some residences, but most of the area looked like this with a dirt road heading east.

As I was checking the deeds for descriptions of the lots, I discovered several interesting things.

This last couple days has been so much fun!  I can’t believe how much stuff I was able to learn about the Bells in two days.  This has been my most productive genealogical work to date.