We were busy all day yesterday hunting down my ancestors so I didn’t get a chance to write about it last night.  Here is what we did: 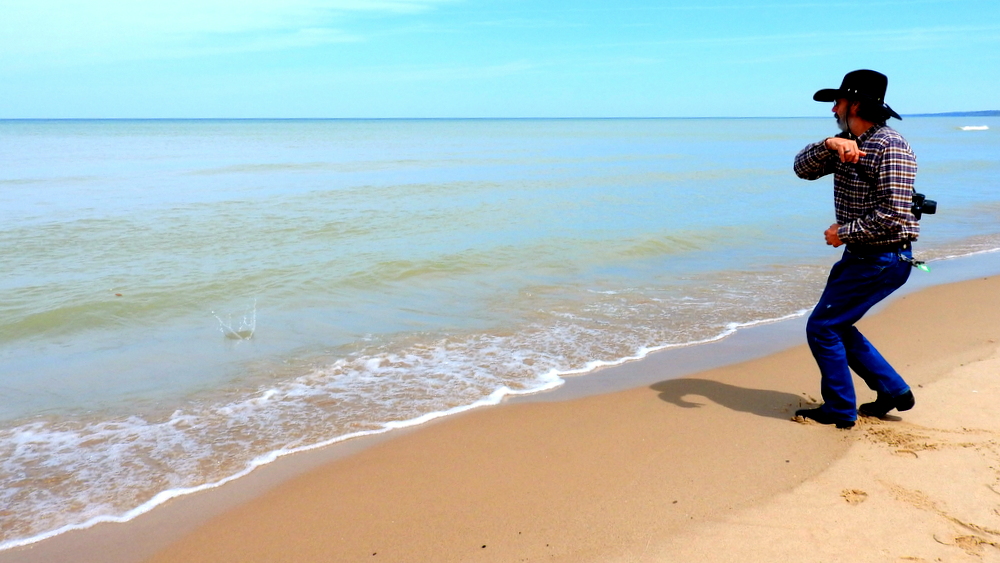 Our first sight of Lake Michigan for this year. There were some really flat stones on the beach so Mark skipped a few of them. 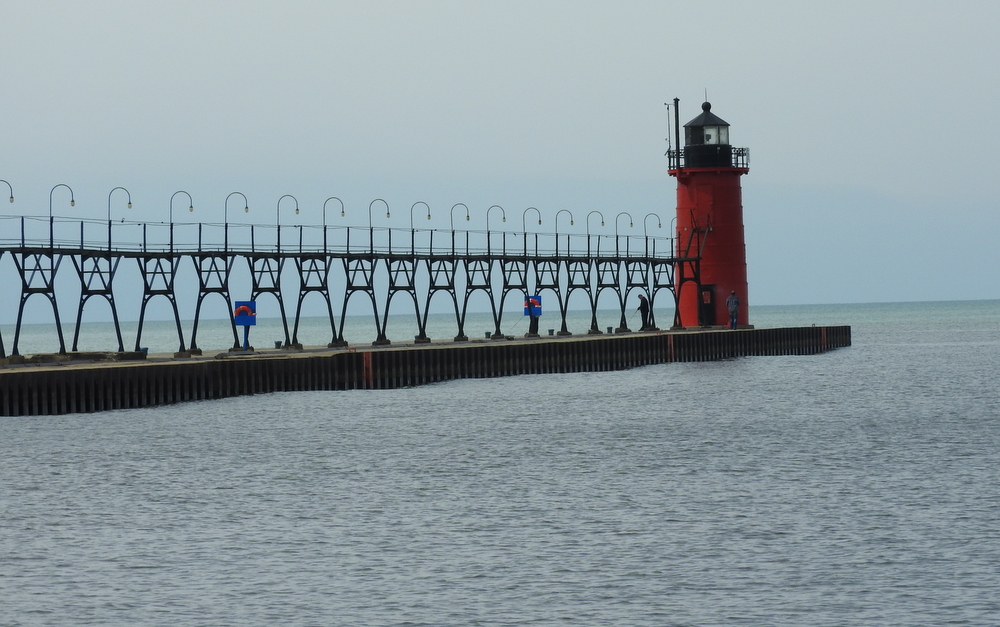 There are two really long piers out into the lake that form a safe entrance into South Haven for boats. This pier is on the south beach and has a lighthouse. It emits kind of a steady golden or reddish light at night. 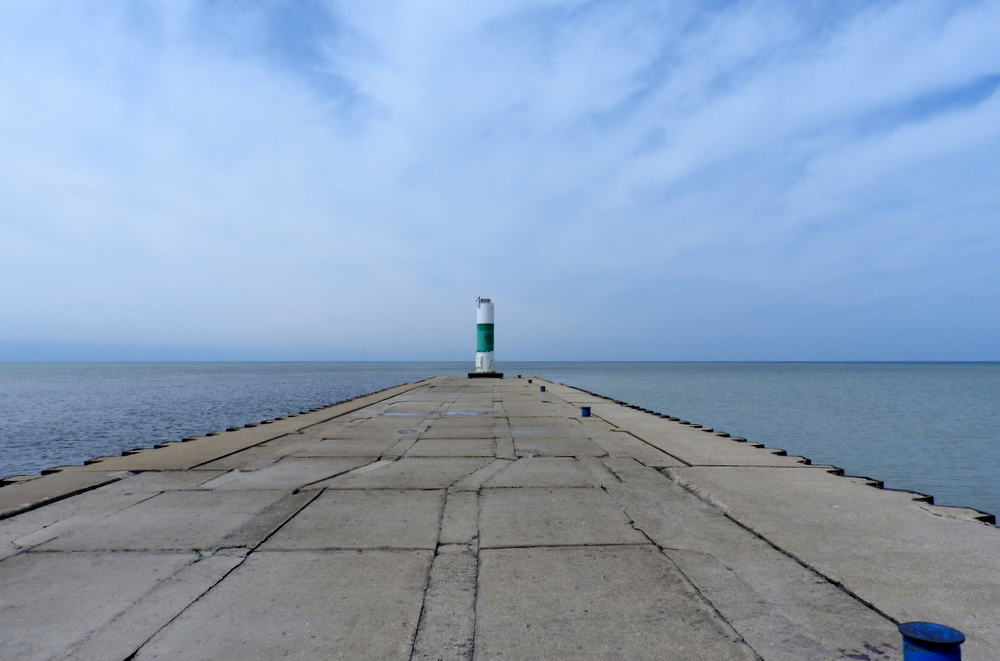 This one is on the north beach, and I guess this tower is also a lighthouse of sorts. It emits a flashing green light at night. 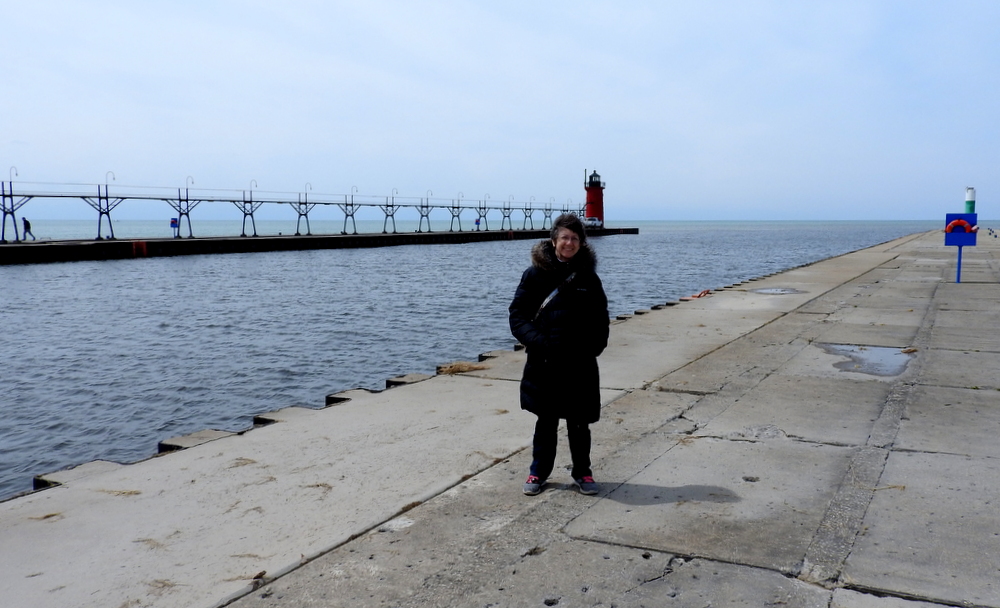 You can see the channel behind me. 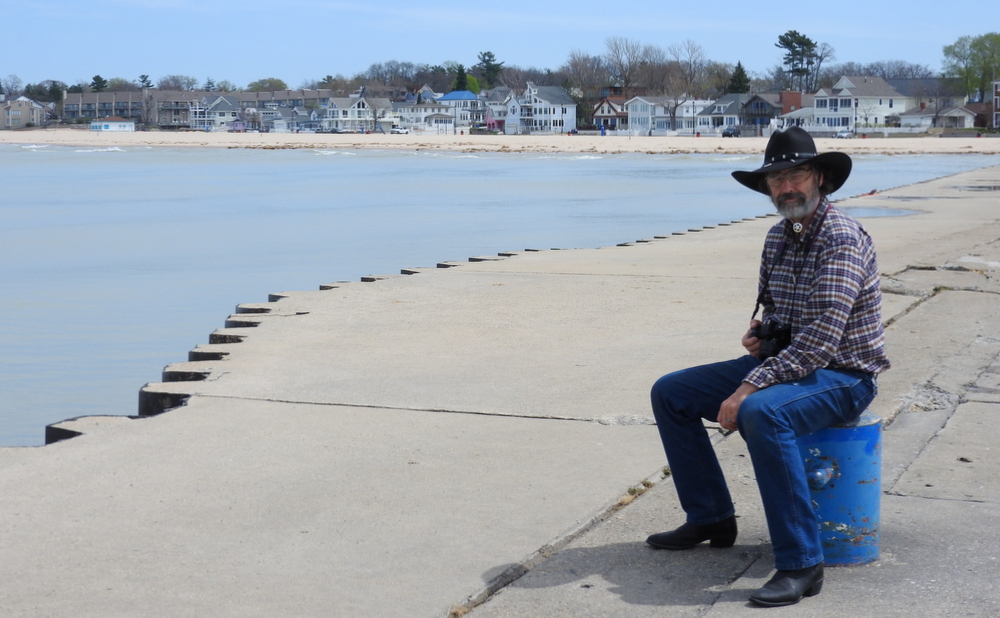 This is looking back at South Haven (and Mark). 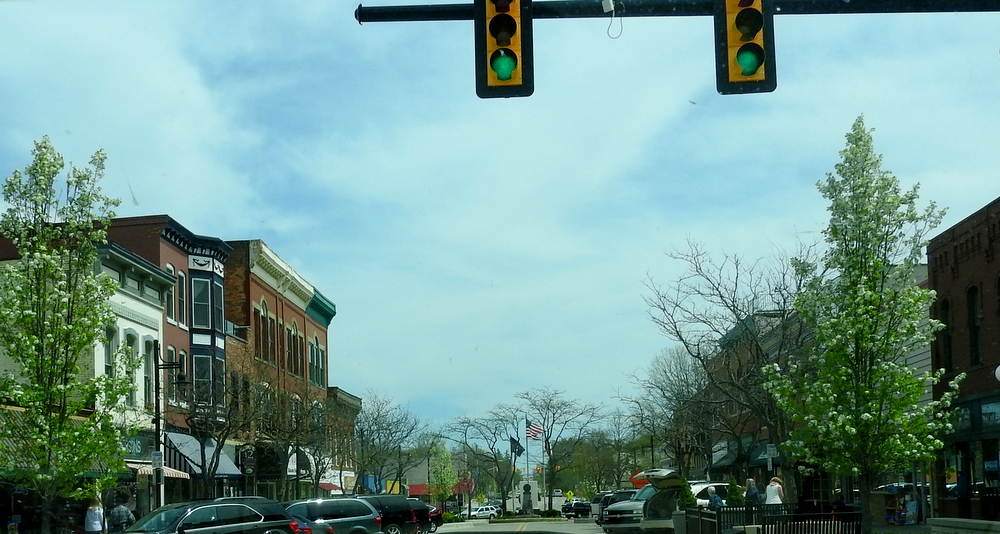 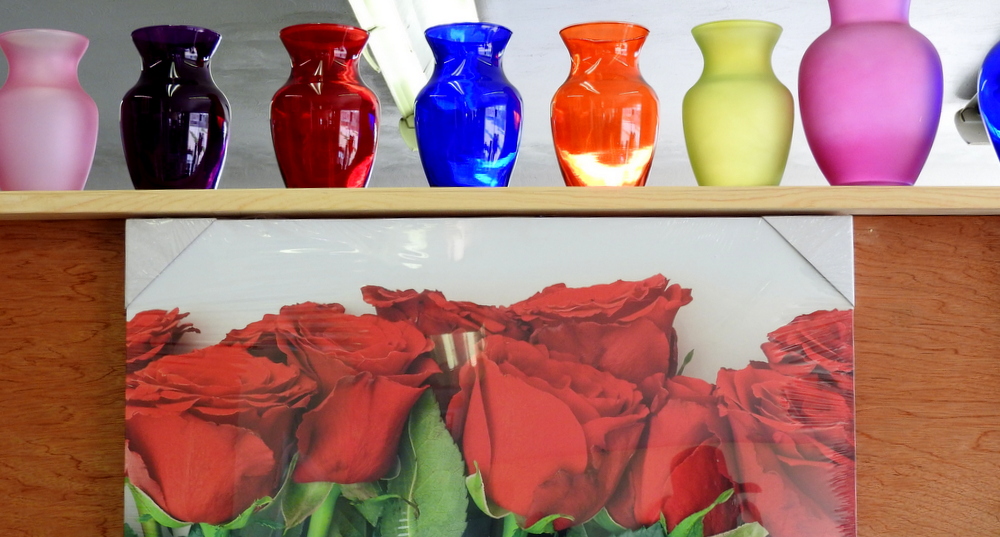 We went to a florist’s shop in South Haven to get two single long-stemmed roses to put on my great-great grandparent’s graves.

The next town north is Casco.  This is where we found my great-great grandparents. 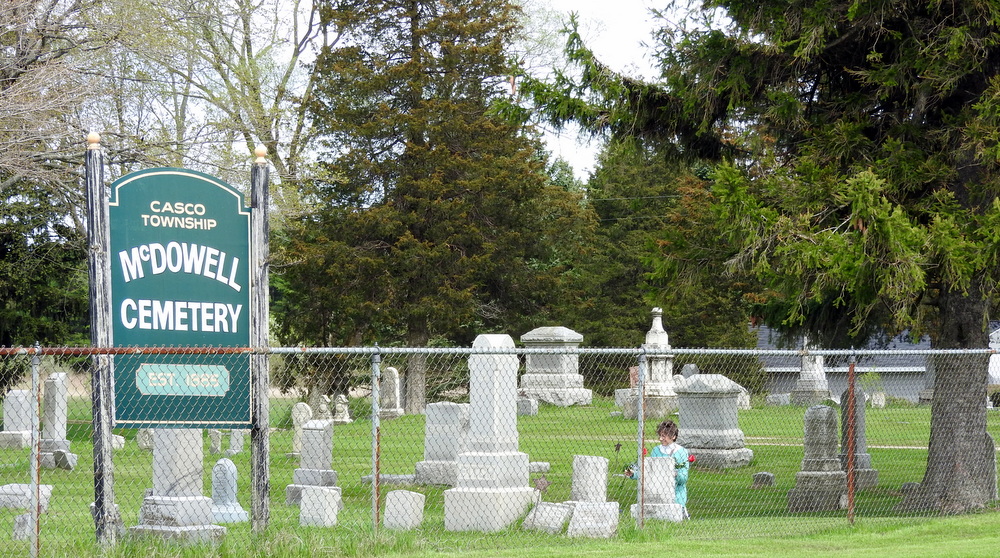 They are right up front in the cemetery as you can see by where I’m sitting. 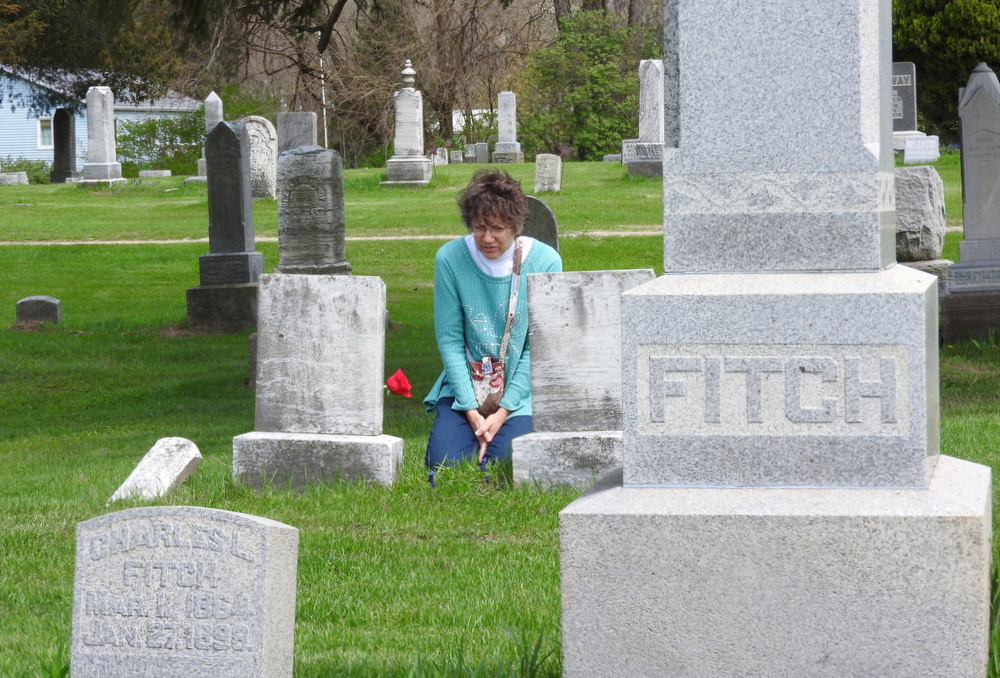 I sat down and had a little chat with them. I told them I had heard many stories about them from my grandmother and that she loved them.  You can also see a small bent over marker next to the one on my right.  This small one had no name.  I assume it was a stillborn child. 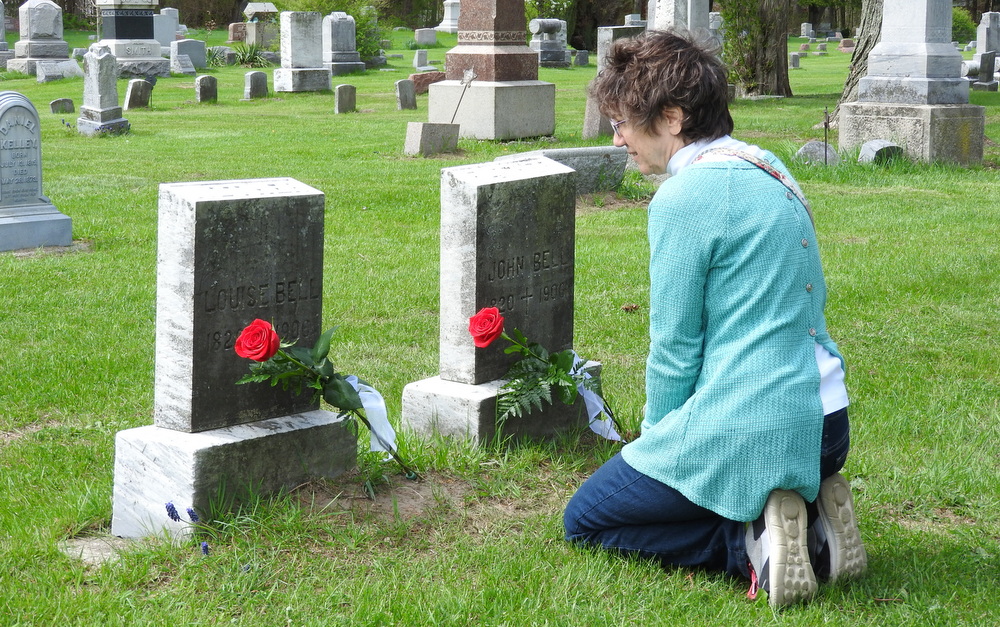 I was stunned when I saw their gravestones. My grandmother had told me when I was a child that her grandparents had been murdered by their daughter-in-law who had fed them poisoned mushroom omelets. Grandma said they both died on the same day, but the records I had seen indicated that they died nearly a year apart. However, their stones both gave 1906 as their death dates. 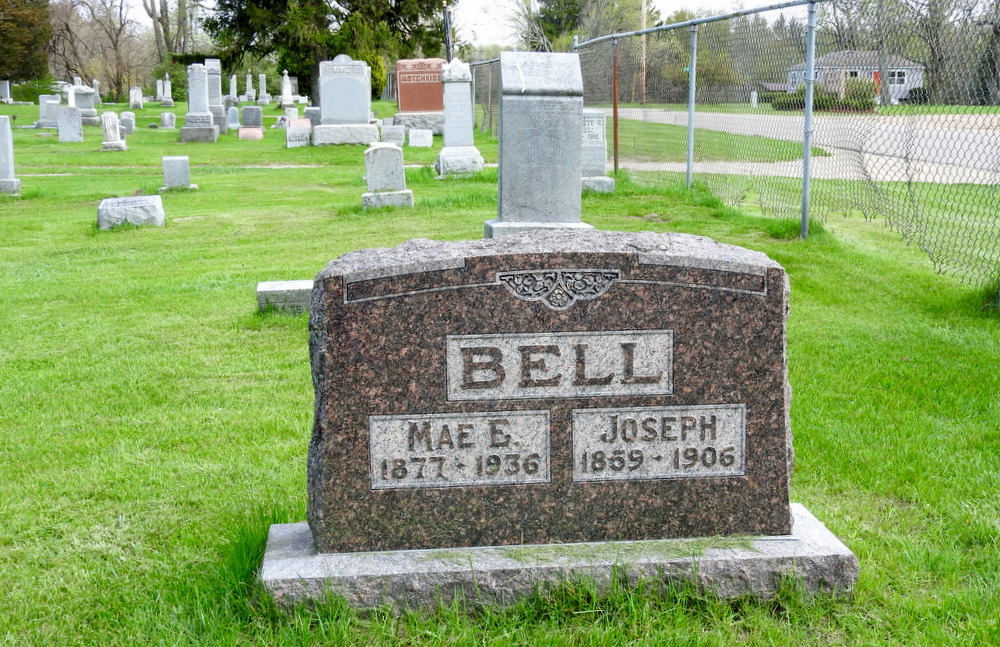 Mark found the marker for their son, Joseph, and his wife, Mae. The stone indicated that Joseph had also died in 1906. Could Mae have poisoned the whole family? I had to find out.

It was a fairly lengthy drive from the cemetery to Allegan where the county courthouse was located. 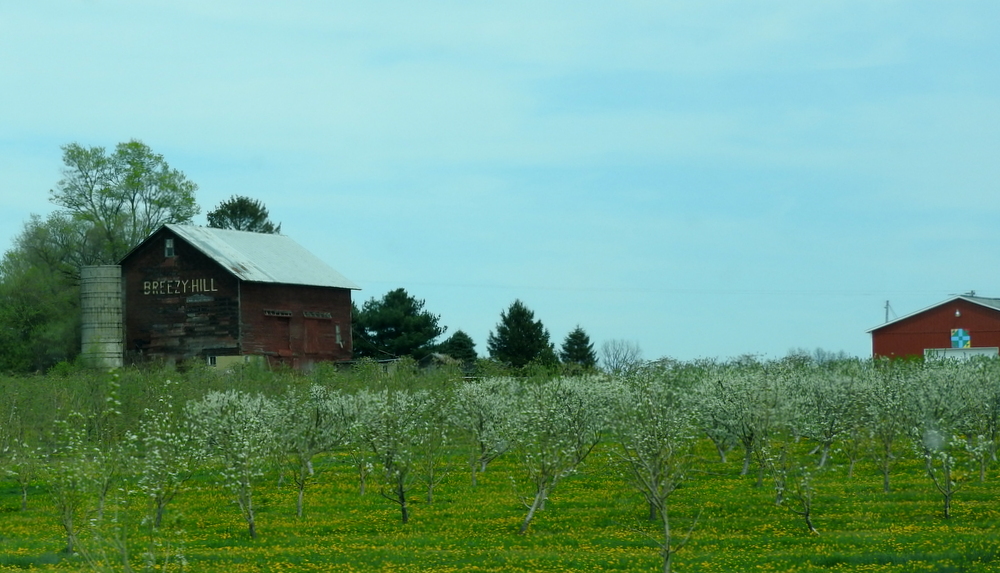 You can barely see a barn quilt on the building on the right. Allegan County is farm country. It felt like stepping back in time because so many of the houses and buildings looked like they were the originals. 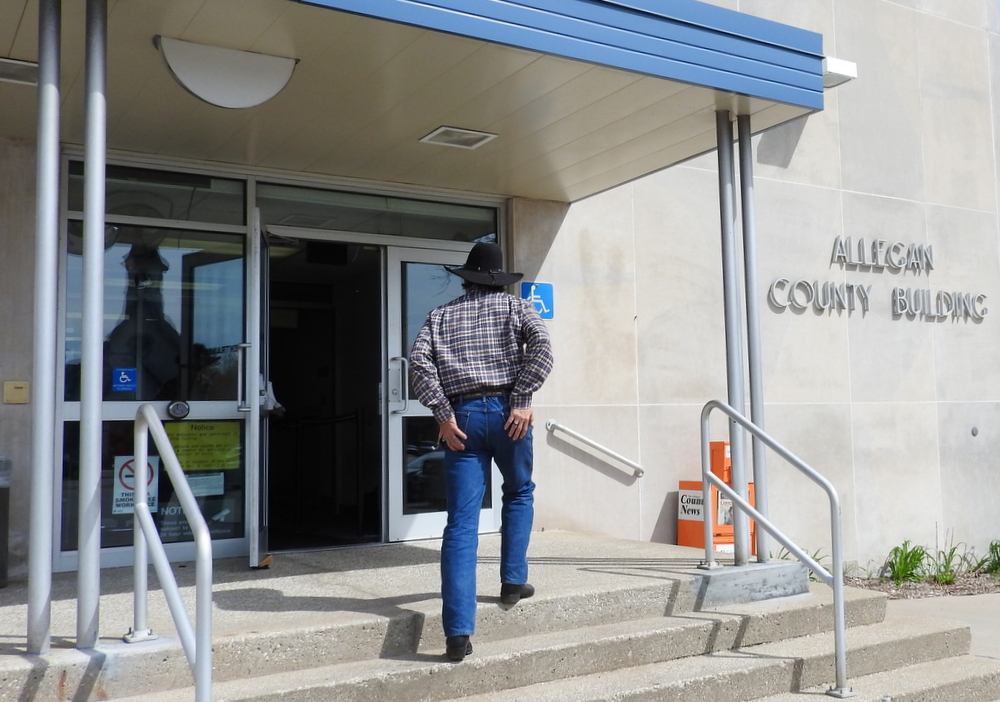 Mark was checking to be sure he didn’t have anything in his pockets that shouldn’t go into a courthouse building. 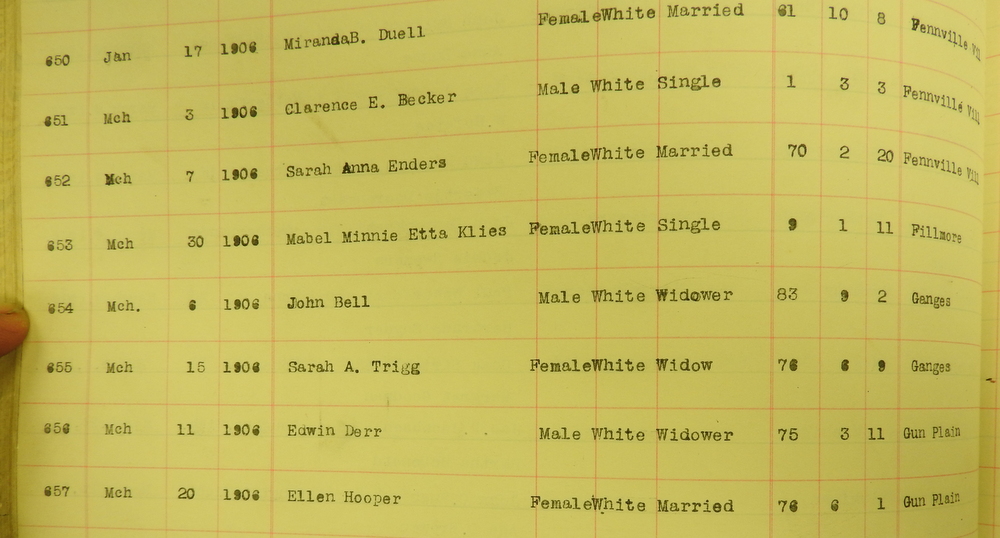 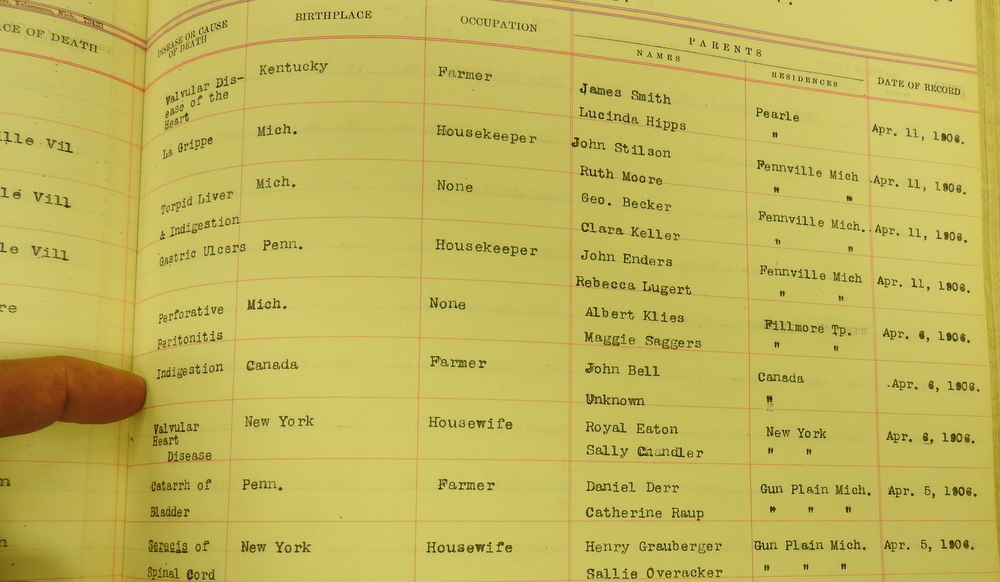 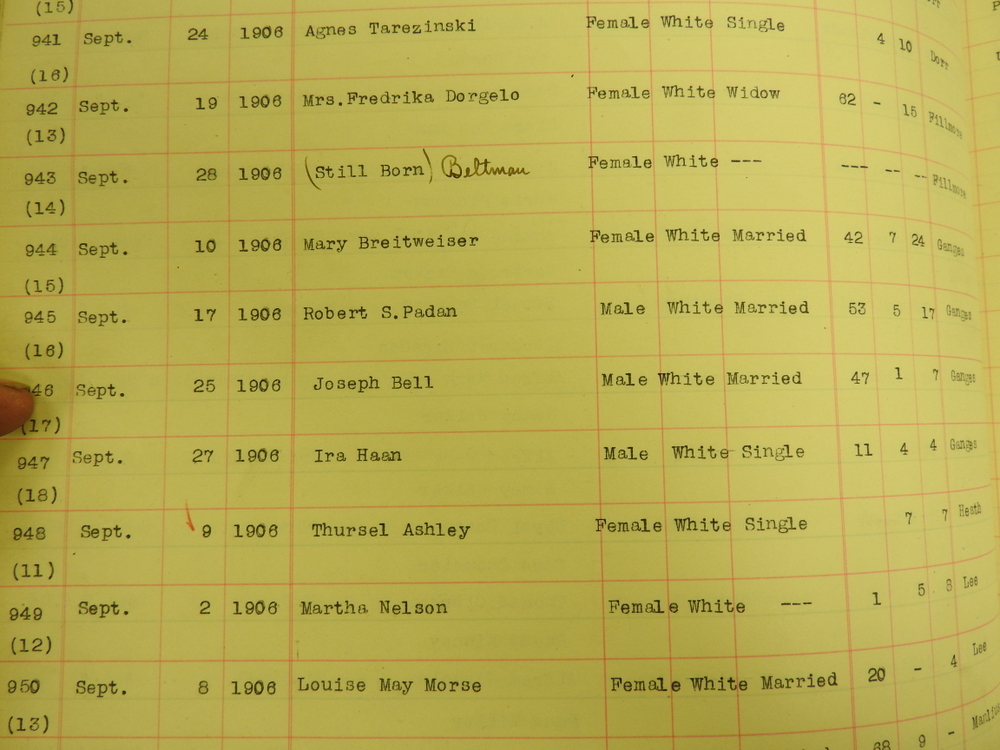 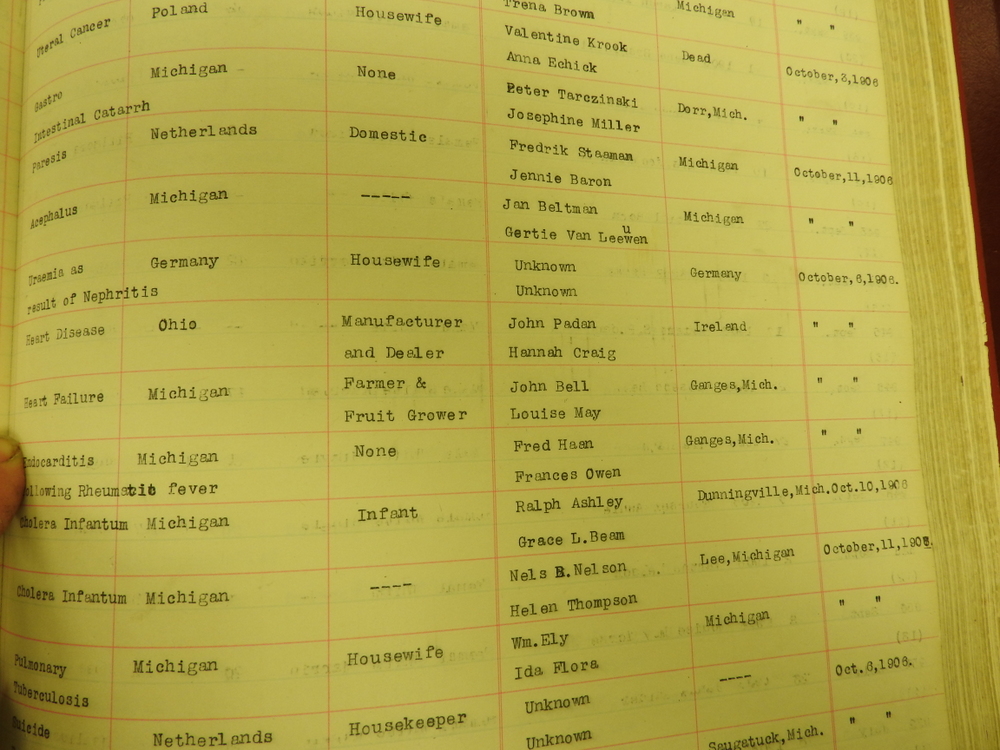 Somehow we didn’t get a picture of the record we found for Louisa, but she did, in fact, die in 1905, eleven months before John.  She died of heart failure, just like her son.  You can see in John’s record that he was listed as being a widower.  It would appear that Grandma was wrong about the murder.  Or was she?  Mae could have killed them off one at a time so that she could get the property (Grandma’s contention).  We’ll never know. 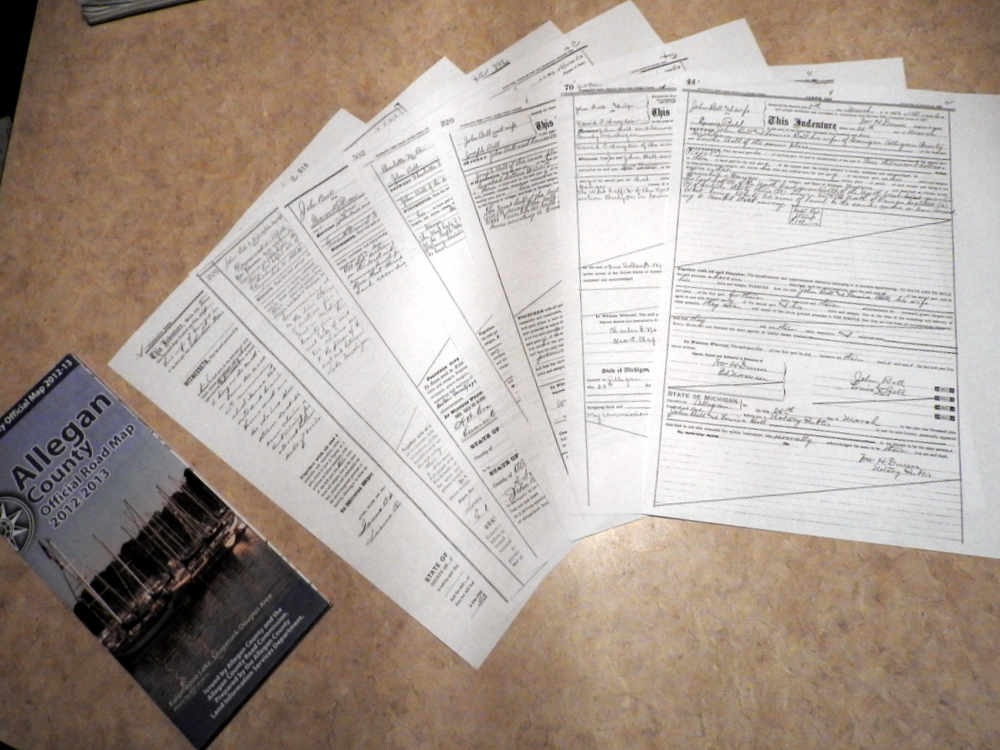 Our next stop was across the hall at the Deeds office. I wanted to find out more about this property that Grandma said Mae wanted badly enough to murder for. It turns out the property in question was actually three properties scattered around Ganges. They were sold to various people before John died, so probably not much motive for murder. 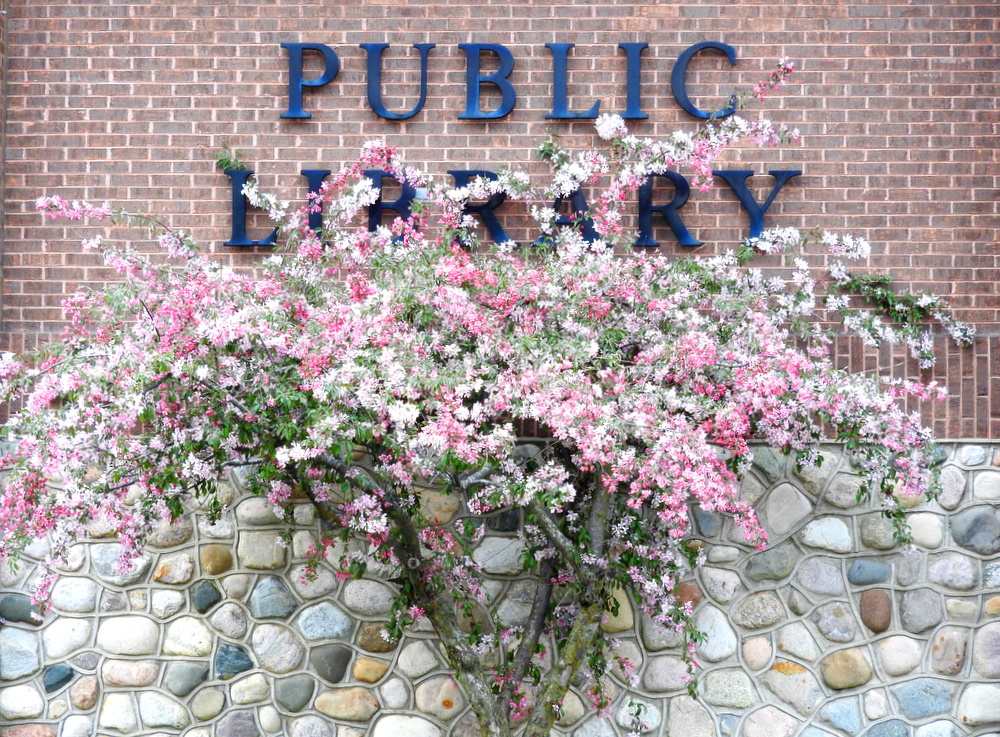 Next we went to the Allegan Public Library. 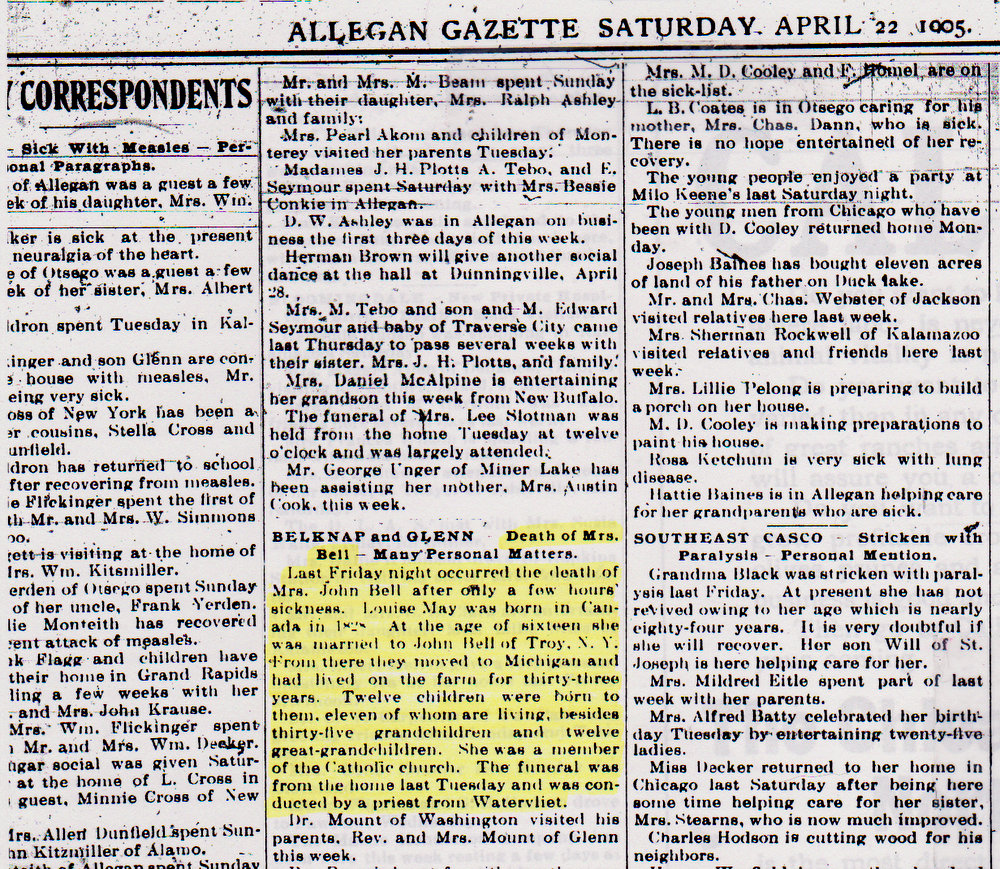 I found this obituary for Louisa (Mrs. John Bell). It indicates that she died in April 1905. Interestingly though, the obituary says, “Last Friday night occurred the death of Mrs. John Bell…” and this was on April 22nd. Her death records indicate she died on April 5th. There’s still some discrepancies about when she died. 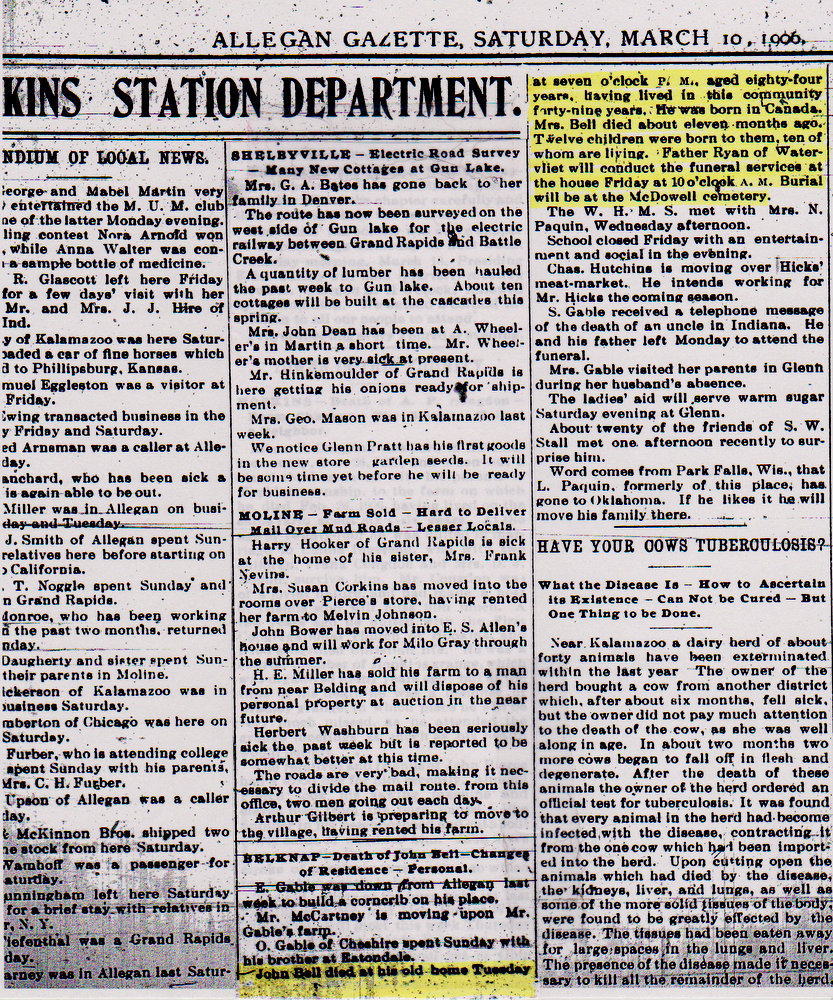 This is John’s obituary. It states that he and Louisa had twelve children. Her obituary in 1905 said that eleven of them were still living. Could this explain the small, unmarked grave marker? John’s obituary says that in 1906, ten children were still living, and we know that Joseph didn’t die until later that year. Hmmm…  I guess 1905/1906 was a bad time in the Bell family.

Having gone as far as we could in our detective work for one day, we went back to shooting photos for fun. 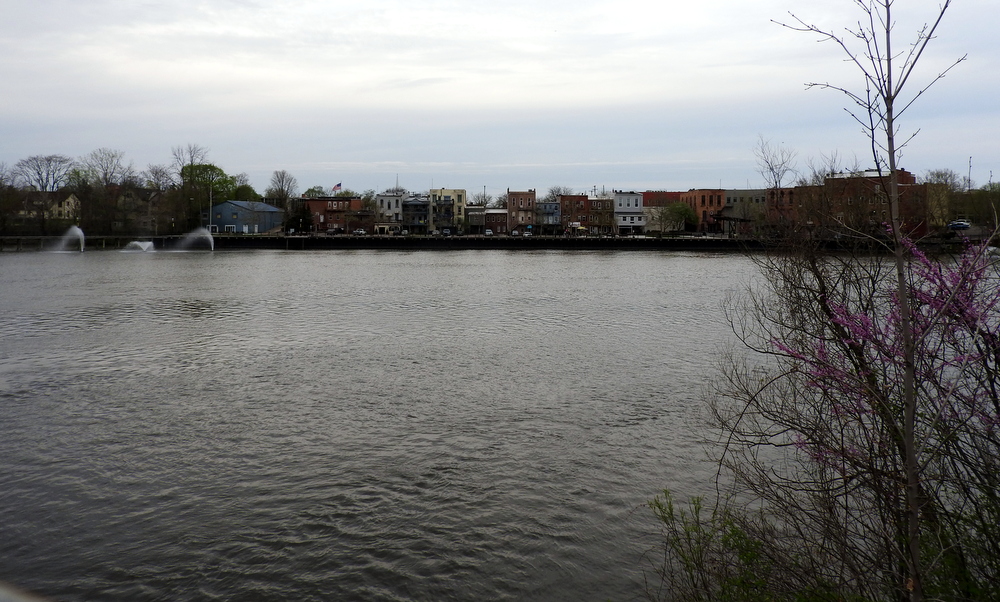 The town of Allegan from across the Kalamazoo River. 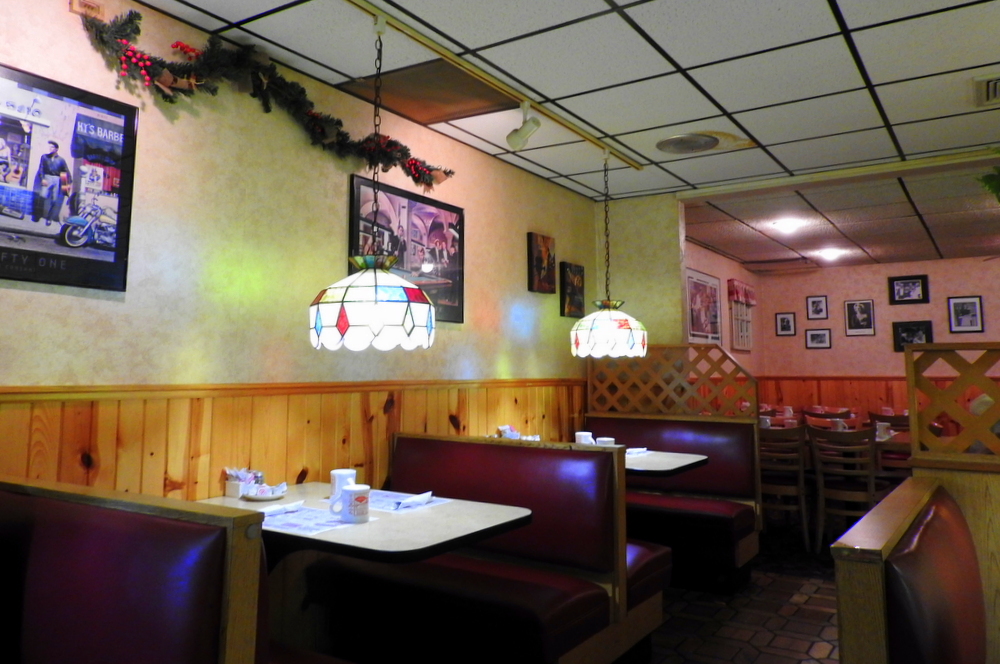 We went out to dinner at a funky little place that had pictures all over the walls of old movie stars. 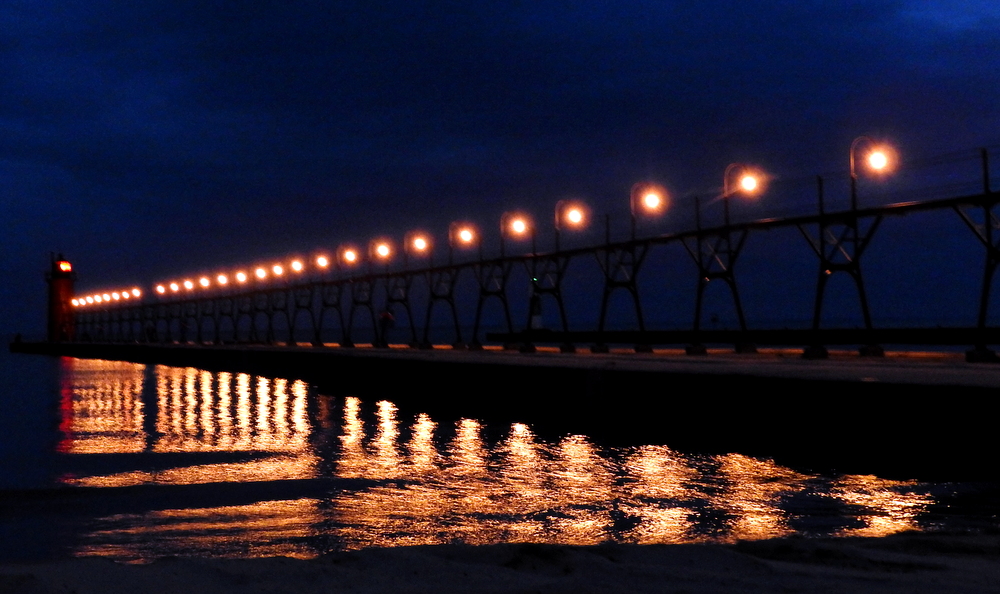 Then we went back to the South Haven lighthouse, and this time we approached it from the south beach. 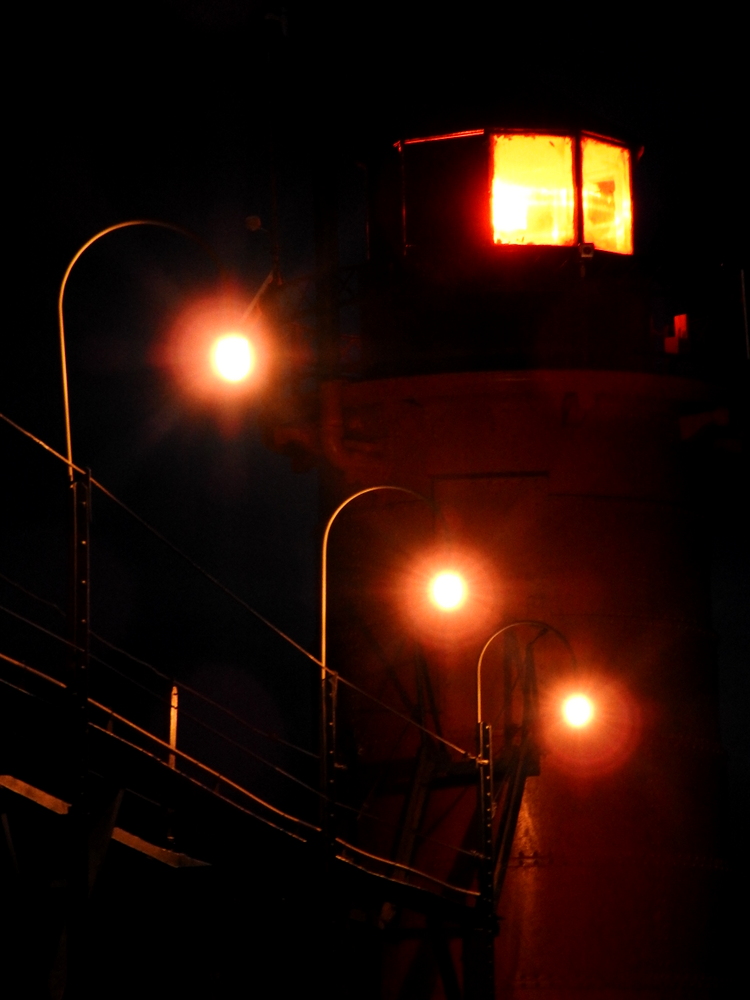 I walked out to it. 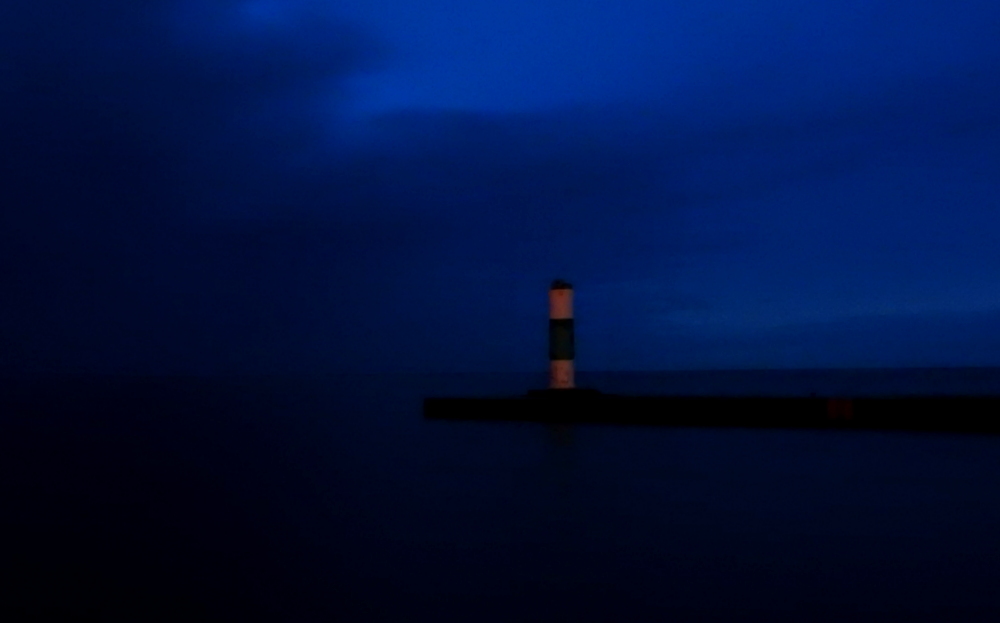 I tried to catch the other lighthouse lit up, but with the intermittent flash and using a longer exposure for the dark, I couldn’t get it. 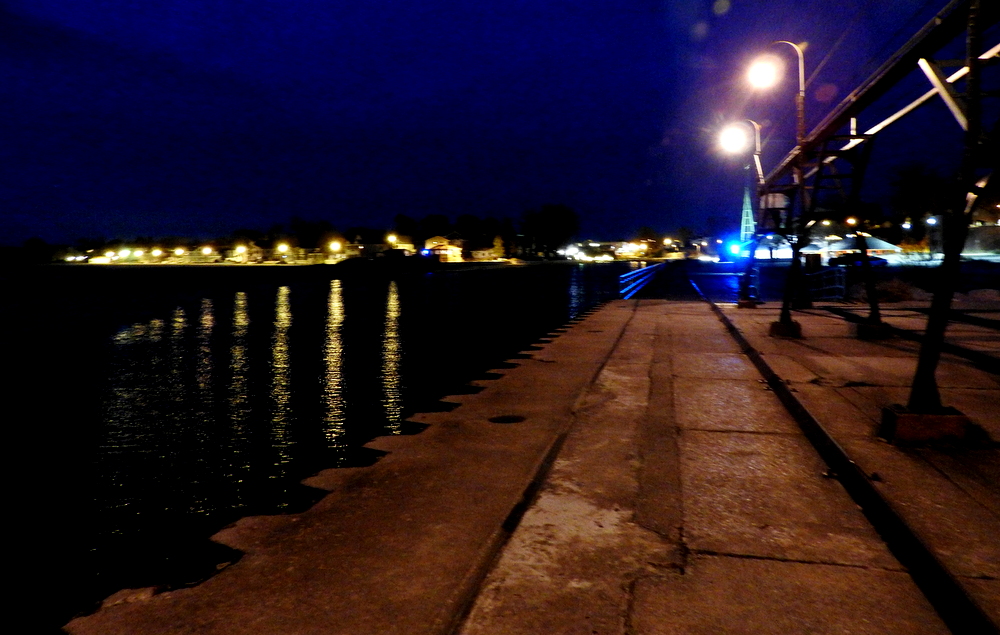 Looking back toward South Haven