Skip to primary content
The question has already been asked as to whether I found the Friends church I was looking for yesterday.  As a matter of fact, I did.  I was a little worried for a while because Mark’s GPS froze on me, but it finally kicked in in time to direct me there.

San Jose Friends Meeting meets in the oldest Quaker meeting house in California.  The meeting house was originally built in a different location in the 1800s but was moved to this location in 1958.  I got there early (because I left early for fear of getting lost again) and met a couple women who explained things to me so I’d know what to expect.  I was the first one in the meeting house and had my pick of seating places.  The room was set up in the old style.  There were wooden benches around the walls and an inner set of straight-backed wooden chairs.  They were kind enough to provide cushions on the chairs and benches.  The entire hour was mostly silent until a young man stood to say he had decided to be less controlling and not so perfectionistic.  Then a hand shake was passed around and those of us who were new were asked to introduce ourselves.  I’d say there were maybe 20 or 30 people in attendance.

Afterward I was led to a house next door.  There was a simple meal of lentils, vegetables, and some type of grain.  When I had introduced myself, I said I came from a programmed meeting in Oregon.  A couple people came up to me afterward and wanted to know what a programmed meeting is like.  I had also mentioned to someone that I live in the mountains, so a woman named Ivy was brought over to meet me because she apparently lives not too far away.  We exchanged addresses and phone numbers, although I told her I don’t get phone reception up here.  I’d like to figure out a way to get together with her sometime.  I was also given a tour of the grounds.  There is a beautiful little garden in the back and a small mother-in-law apartment.  It was explained to me that they help one homeless person at a time get their feet back under them by letting them use that bedroom so that they can get the services they need.  The last person they helped got into subsidized housing recently.

Today Mark and I went down below to complete a long list of errands we had saved up.  We found the VA hospital and he applied to have his records sent down here.  We went to Camping World to try to find some things we need to make repairs on the RV.  We got some film developed, I got a haircut, we went to the PO to mail a couple birthday cards, and did some grocery shopping.  Much of the time we were having problems with Mark’s GPS freezing.  The suction cup on it has also warped in the heat.

We made a discovery as we went up and down our mountain today.  It appears to be about 10 degrees warmer up here than it is down below.  We were actually able to watch the temperature go up and down in the car.  I’ve never been quite sure why I feel so hot up here when, according to my I-pod, the temperature in Los Gatos doesn’t sound so hot.  Los Gatos, proper, is at the base of the mountains, so now I can add 10 degrees to whatever my I-pod says it is and figure that’s the temperature up here.  I’m not sure if it will work the same way in the winter.

Anyway, Mark has a great sense of direction, and in spite of his GPS being flaky, we found everything we needed to today.  I think I’ll be doing well just to find church once a week.  I’ll save our longer errands for when Mark can drive!

PS – We finally have pictures I can include from our trip! 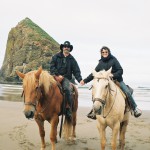 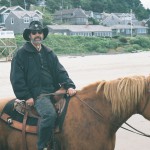