As of today, we have finally entered summer.  You may be thinking I’m off by a few days, but what I mean is that today we finally hit temperatures in the mid-70s.  Looking at the future forecast, it would appear that it will be in the 70s and 80s for the foreseeable future!

Before Mark left for work this morning, a couple of guys showed up to work on some electrical issues we’ve been having.  Before we installed the furnace, I noticed that if I tried to use a space heater in my sewing room with the sewing machine and iron turned on, I blew a fuse.  Their solution was to add an outlet to the sewing room and our bedroom so that they wouldn’t be on the same circuit.  Also, while we were taking out the baseboard heaters from the old boiler, half my sewing room lost electricity.  I could turn on my iron, and a floor lamp I had in that outlet, but the other outlet and lights wouldn’t work.  Apparently, we cut through one of the wires while cutting out the pipes, so they fixed that too.  Another thing they did was set wires up so that we can have GFCI outlets in the bathroom once we get the half wall re-installed.

While they were here, I borrowed a Phillips head screwdriver and finally removed the storm windows over my kitchen windows.  I opened the windows and a lovely warm breeze came in!

After the electricians left, I set up the cedar planks on our back deck and started applying the first coat of polyurethane to them.  The weather was breezy and sunny and warm so they dried pretty well. 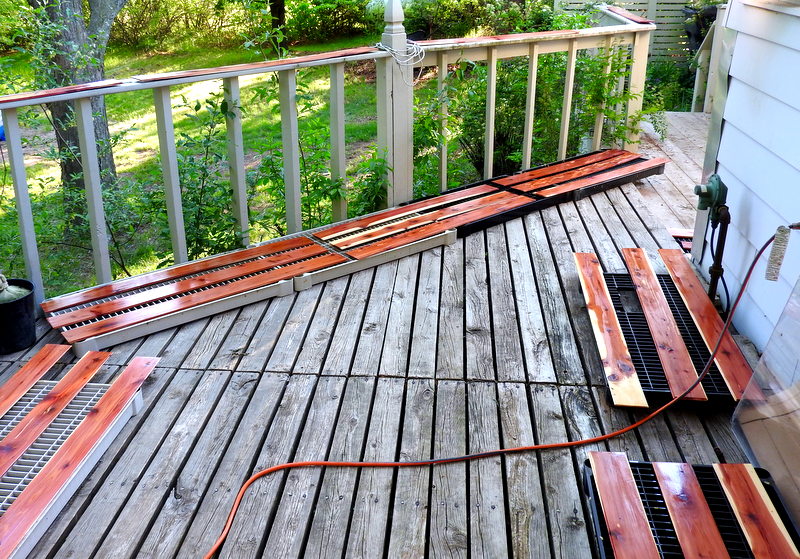 It has taken me until now to decide that I will use them as I originally planned.  My plans got waylaid for a while due to some conflicting reports on how to do it, but I’m happy I have gone back to Plan A.  They are looking really nice!  Today was the perfect day to start this project because I will have tomorrow off as well; an unusual occurrence to have two days in a row off.  I am hopeful that the weather will stay nice so that I can get a second coat on.

Having finished that, I came inside to cool off (imagine that!) and sat down to read a book I checked out from my church library on Charles Spurgeon.  My pastor whetted my appetite for him when she used his quote at the end of one of her sermons a few weeks ago:

God does not need your strength: he has more than enough of power of his own. He asks your weakness: he has none of that himself, and he is longing, therefore, to take your weakness, and use it as the instrument in his own mighty hand. Will you not yield your weakness to him, and receive his strength?

Of what I’ve read so far, it sounds as though he started his preaching career with a bang.  He almost immediately drew standing-room-only crowds while he was still a teenager.  Unlike most ministers in the 1800s in England, he spoke in language the common people understood and he spoke about real things that they could grasp.  His message was always about the need to be saved and about God’s grace.  People of both high and low estate came from all over to hear him preach.  When he was called to pastor a dying church in London, he ended up having to preach in a music hall that would hold several thousand people, and even at that, there were people outside who wanted to be able to come in and hear him.

As a result, he received a lot of criticism from most of the ministers in town who must have been jealous of his success.  Secular newspapers printed his sermons and found that whenever they printed something about him, their papers sold well.  However, Christian newspapers lampooned him for holding services in music halls and whatever other large-capacity buildings he could find.  In one huge building that would hold 10,000 people, someone called out “Fire!” and started a stampede that killed eight people, but Charles Spurgeon, who didn’t know about the deaths at the time, kept preaching until people started listening to hear him and calmed down.  When he found out about the deaths, it nearly killed him.  He had a heart for people, and they knew it.  I’m still in his teenage years, so if you want to know about the rest of his life, look for Heroes of the Faith: Charles Spurgeon, the Great Orator by J.C. Carlile or any other book you can lay your hands on.

When Mark got home from work tonight, he had a burn permit in hand.  We have had a pile of yard debris sitting on our burn pile out back ever since we tried to light it to no avail in early May.  It was still too wet then. 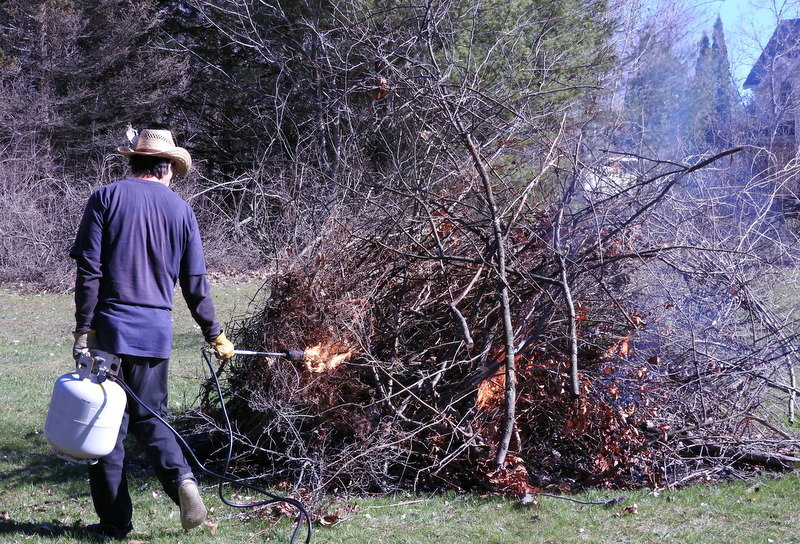 In May, it was still too wet to take off. 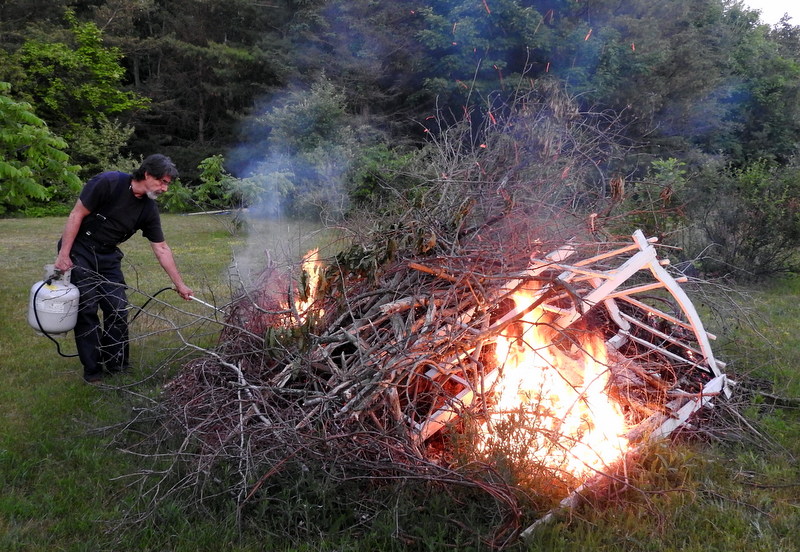 We had a little trouble getting it started this evening, but once we did, it burned to the ground!  It’s amazing that it went as well as it did tonight because we have had quite a bit of rainfall even as of a few days ago.  It was nice to finally get rid of the old trellis that was falling apart and another old yard feature that was rotting and wouldn’t stand up.  We also pulled a couple of other piles of branches over to the fire until it was too dark to see anymore.

I am so glad that summer is finally here!