I worked overtime tonight trying to get some things finished before the end of tax season which is next Tuesday.  When I finally caught my bus, I was able to have a chat with Mark by text.  He said he was in Glacier National Park in Montana, lucky guy!  We had tried to go there on our honeymoon, but the rangers wouldn’t let us in with our RV in late September.  I have yet to see it!

Mark sent me some pictures he took in Malta, MT.  It doesn’t look very pretty, but I imagine come late spring, it will look more alive:

Out in the middle of Nowhere, MT 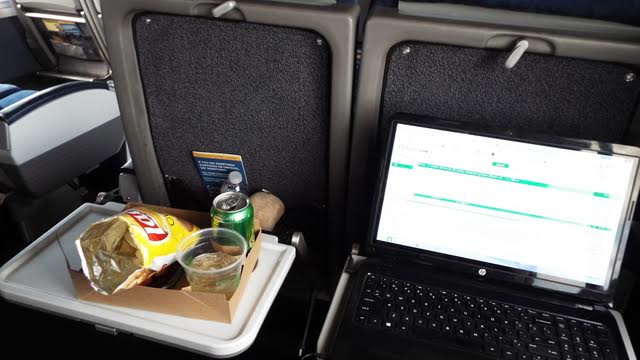 Mark says he still has two seats to himself.  At some point he crossed into Mountain Time, so he’s only one hour ahead of me now.  As of this moment, he is twelve hours away from arrival.  WooHoo!

I also took some pictures while running errands near my office today: 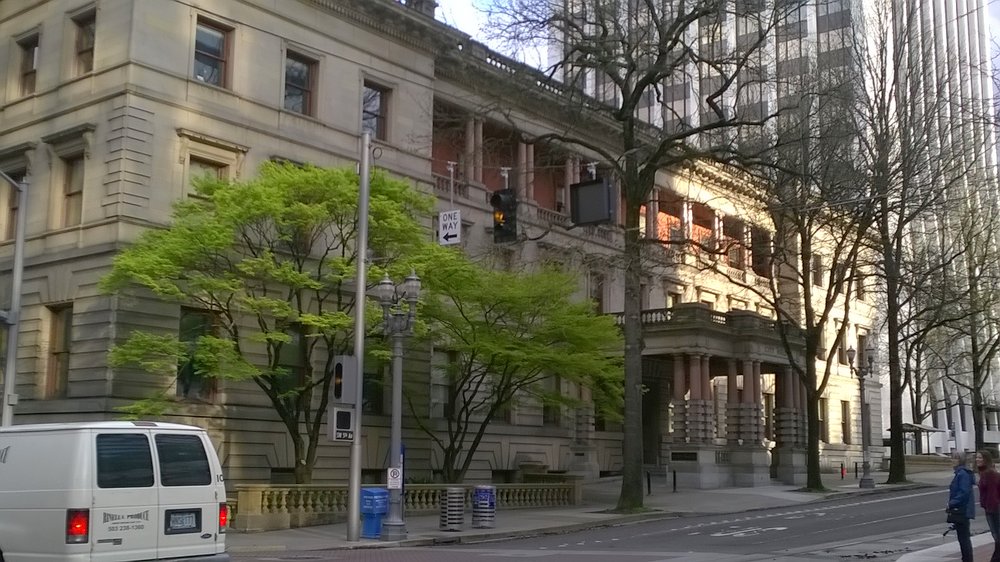 This is City Hall, which I see from my desk every day, although not usually from this angle. 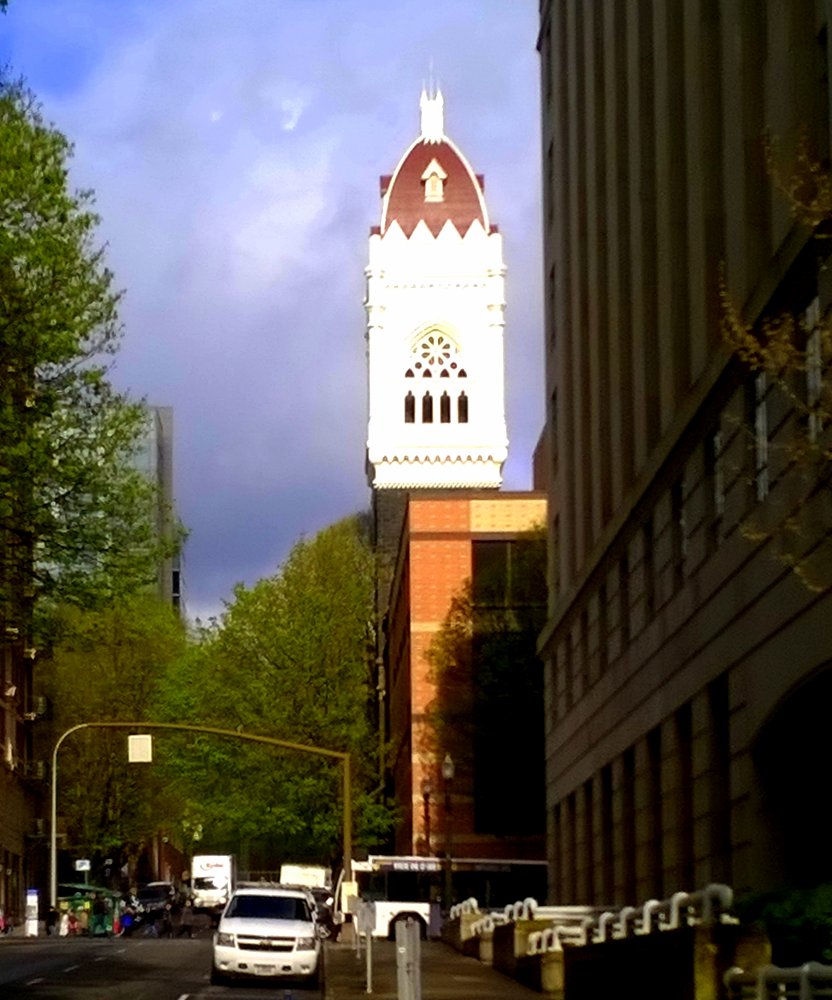 From the back side of our building I can look up the street from the corner of 6th and Madison and see this lovely church tower. 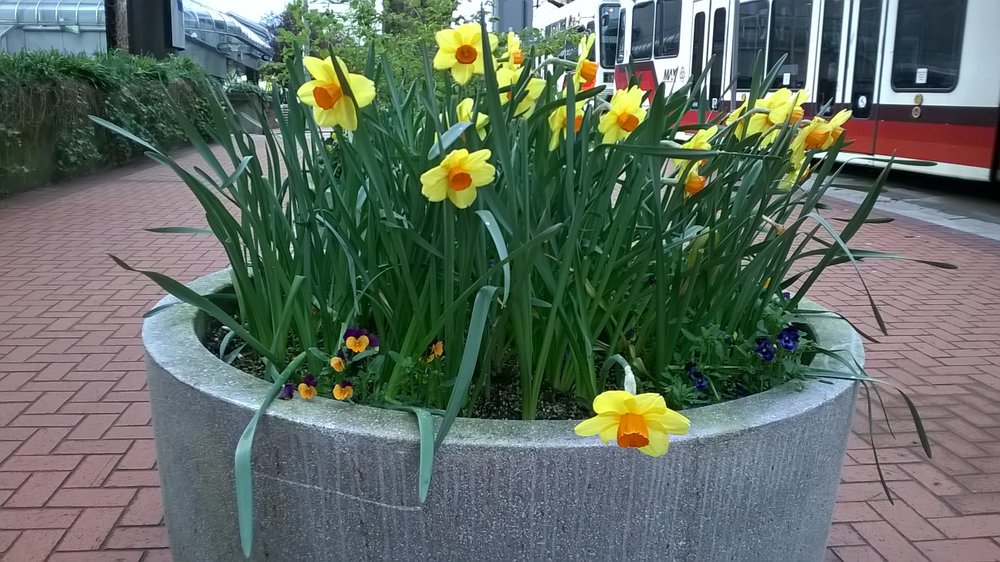 Our temperatures have been mostly in the upper 50’s lately. It will be colder and not yet time for flowers when I get to Wisconsin, so I’m drinking in the colors now! 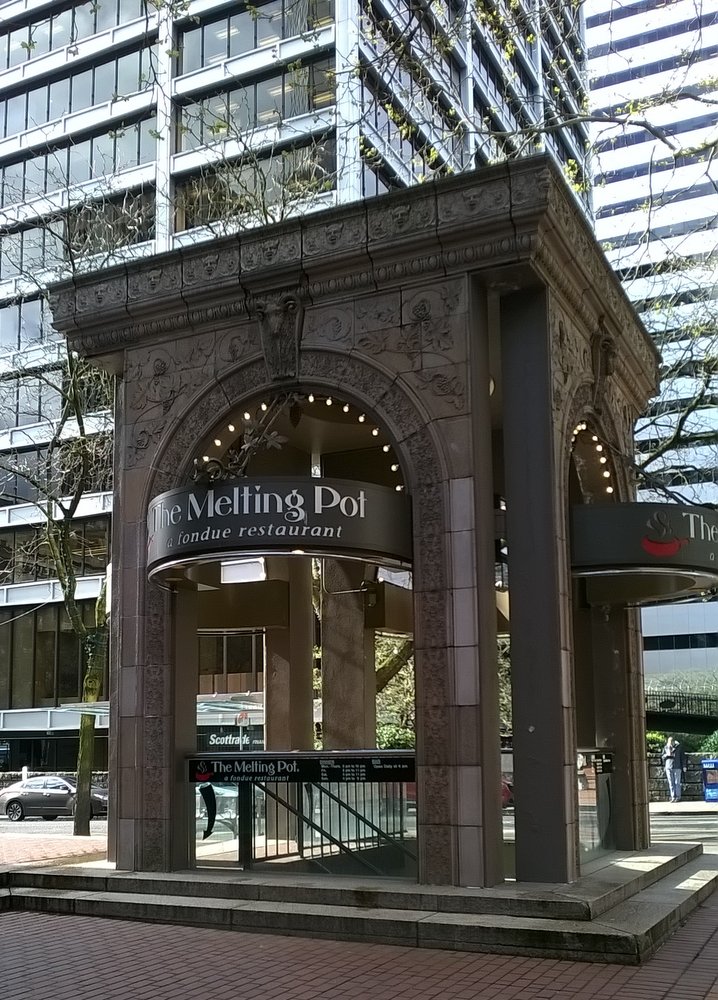 This is a unique underground restaurant with a stairway in the middle of the sidewalk. 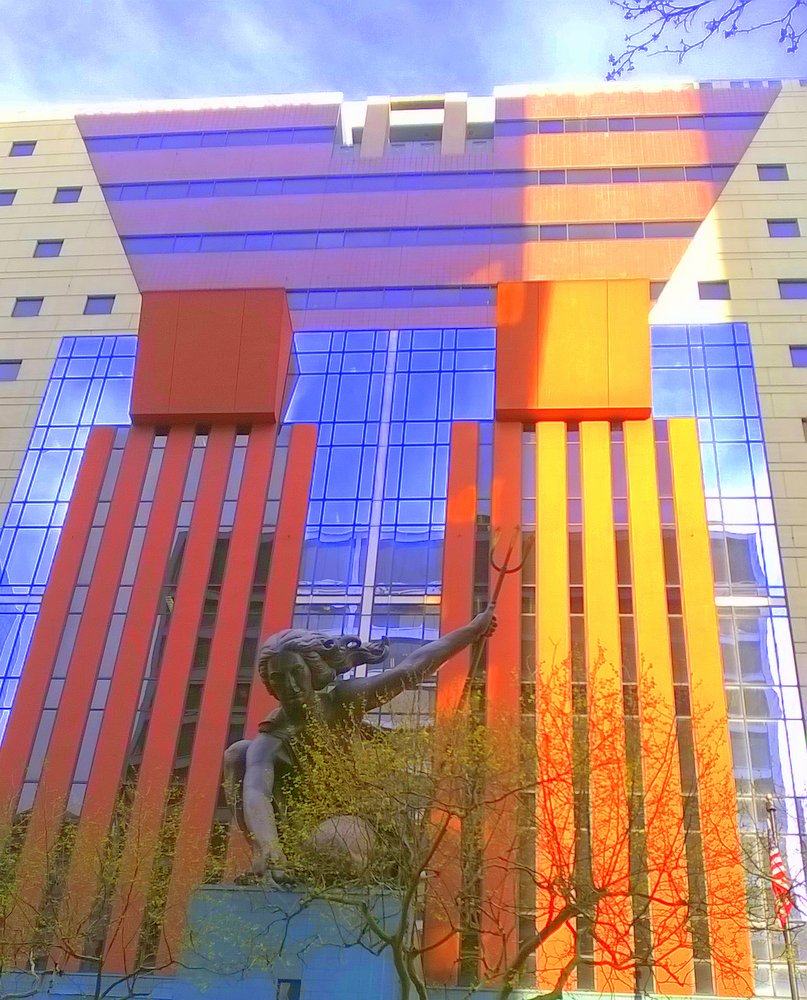 From my bus stop after work, I can see Portlandia over the entrance to the Portland building. A man with an accent told me she’s really Darwin from Australia. I googled Darwin Australia and didn’t see anything like her.