We left Old Forge, NY this morning and continued eastward through the Adirondack Mountains.  The further in we got, the prettier the scenery.  As soon as we hit I-87, our GPS sent us north on it.  I said, “Really?  I was expecting to keep heading east on 8.”  Mark was just happy to be on a highway again, but when I found out that the GPS was going to send us ninety miles out of the way, I asked Mark to turn off at the next exit.  He was skeptical, but he made the turn.  As soon as he did, our ETA went from sometime after 4:00 to sometime before 3:00, and the roads weren’t as bad as he had expected.  I just didn’t want to waste the gas to go almost up to the Quebec border and then have to come back down the other side to a place not far from us!

I got lots of pictures of mountains and water and quaint buildings: 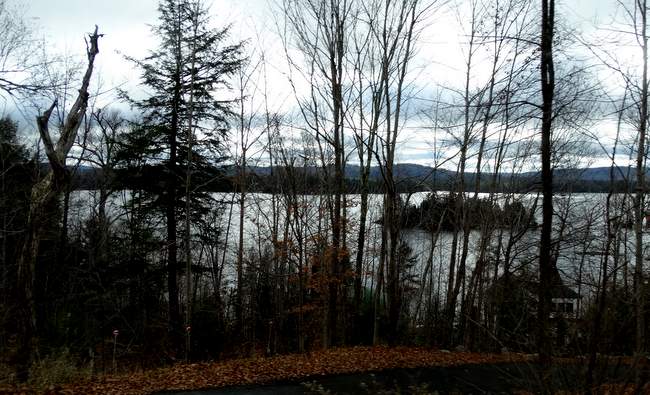 Note to Delores: I just discovered that the Scan mode on my camera will take multiple pictures when I’m moving and make one clear picture out of them!

This is the first snow we’ve seen on our trip, and it’s just a dusting way up high on the mountain. 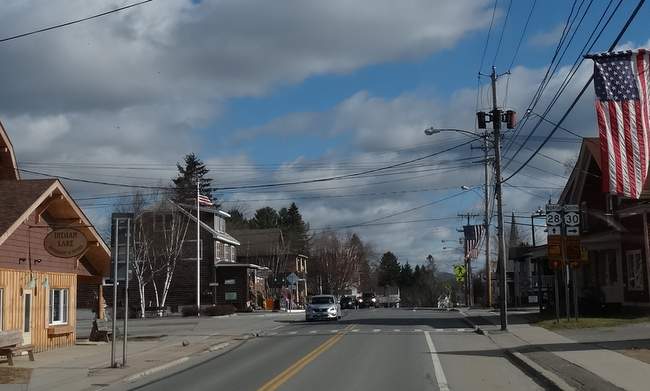 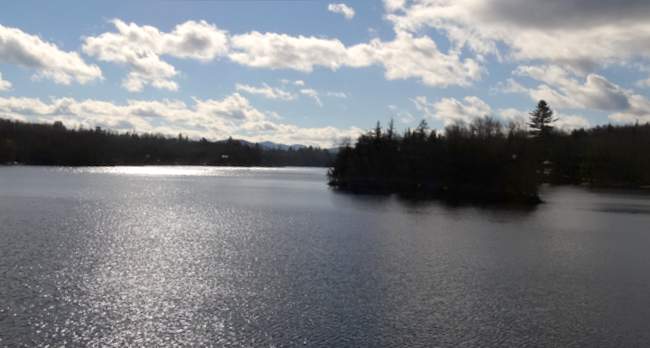 We saw lots of lakes and rivers 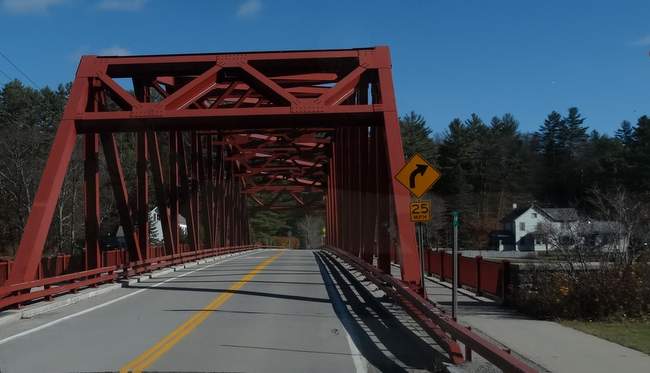 We crossed this bridge in the Adirondacks

As we started coming down out of the mountains we got a panoramic view. 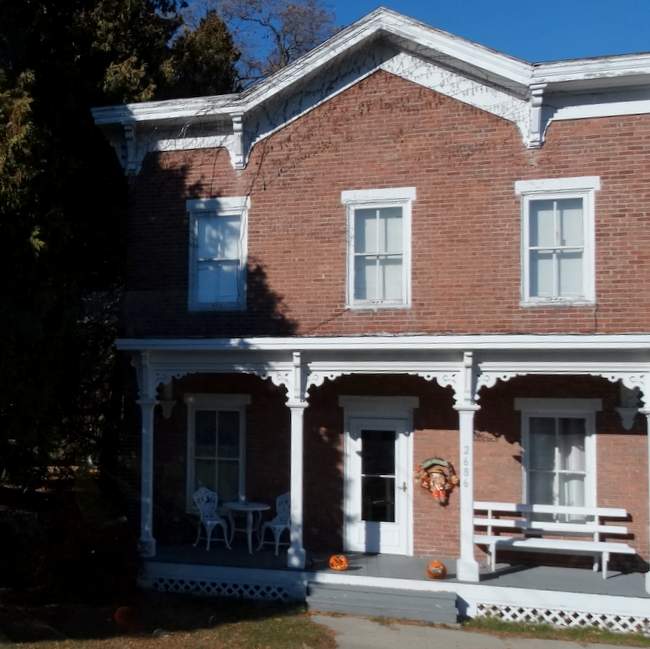 I’ve been noticing east of the Mississippi, it’s not uncommon to see a two-story brick house.

This was finally the bridge that took us across from New York into Vermont. 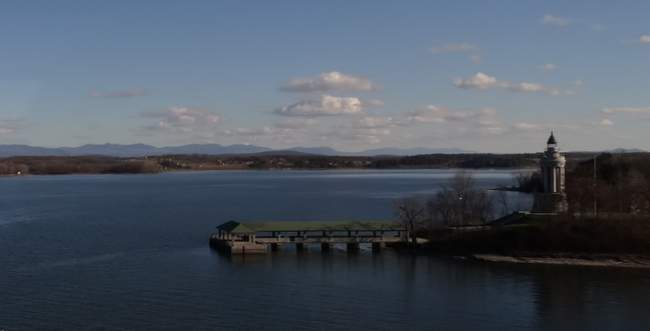 The view from the bridge 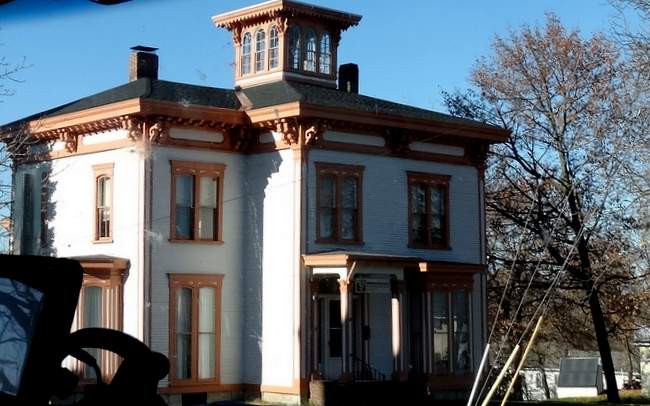 We are beginning to notice houses with little look-outs on the roof. 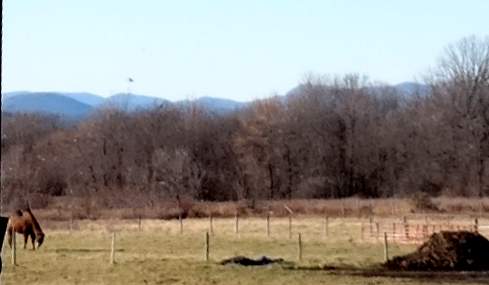 You can just barely make it out on the far left, but that’s a camel grazing in the pasture! Mark speculated that maybe they keep it for a Christmas nativity or something.

What lucky people to have such a view!

It was good that we arrived as early as we did because we had some errands to run and when we got back, Mark had a webinar to attend.  I also was anxious to return.  For nearly a year and a half now, my son has called me on the second Sunday of the month.  Recently we also started conferencing in my older sister because she has a hard time getting to talk with him at other times.  I had a lot to tell this evening, but so did Jamey.  I love getting to catch up with what’s happening in his life.  Second Sundays are my favorite!