Originally we had planned for today to be a six hour day of travel and to have two hours left to travel tomorrow, but my older sister, Sherill, suggested we come the extra two hours and stay at her house tonight.  That sounded appealing so we took her up on it, but it did make for a very long drive. 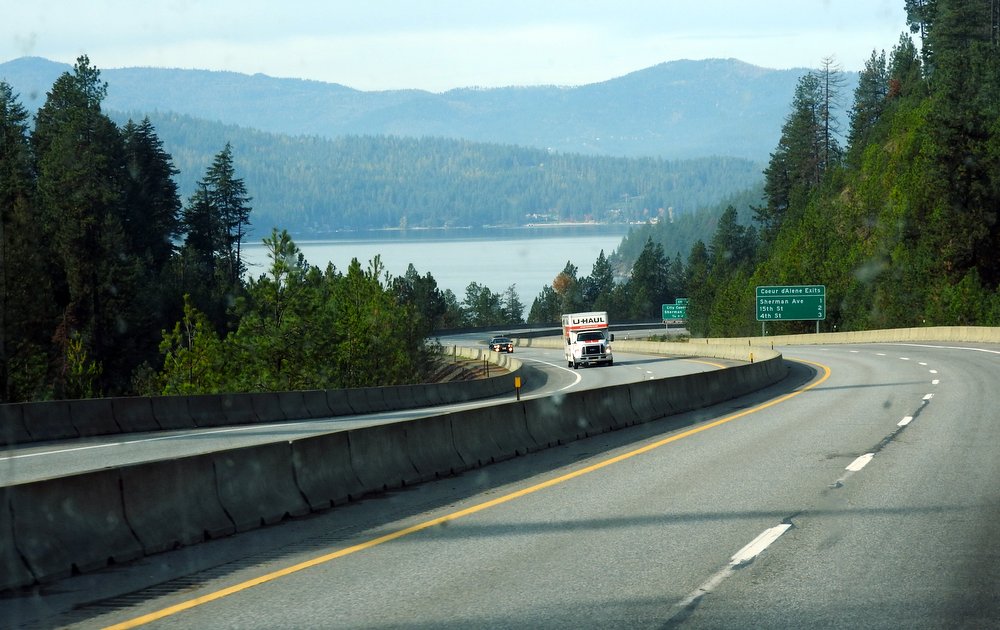 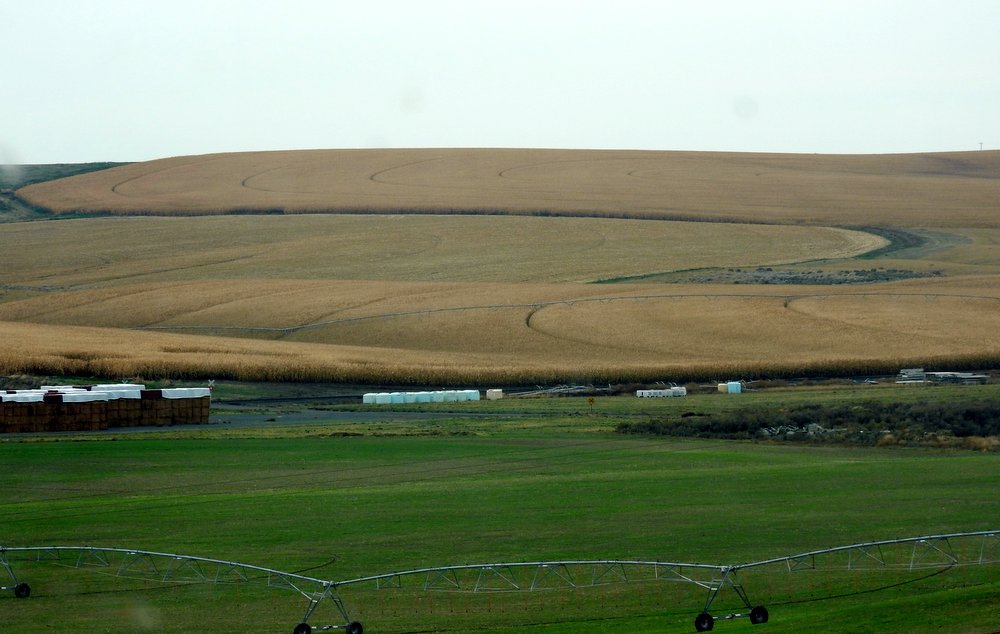 I tried to catch the sign as we entered Washington, but they put the sign in the center strip instead of to the right where all the others have been. I wasn’t looking for it on that side of the road so I missed it. I half jokingly asked Mark if we could go around and do it again, but with the kind of drive we had ahead of us, we really couldn’t. 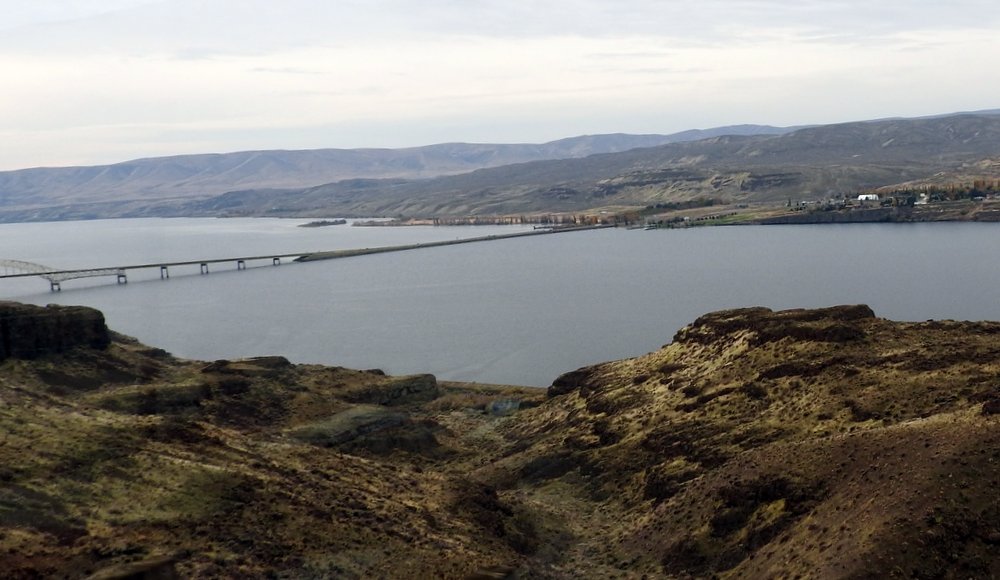 Mark had hoped to avoid climbing any mountains today, but the GPS had a different idea. We didn’t realize we had missed the ideal turn till we were too far off to go back, but I used the good old road atlas to help us avoid the majority of the mountains (along with Mark’s knowledge of the roads). 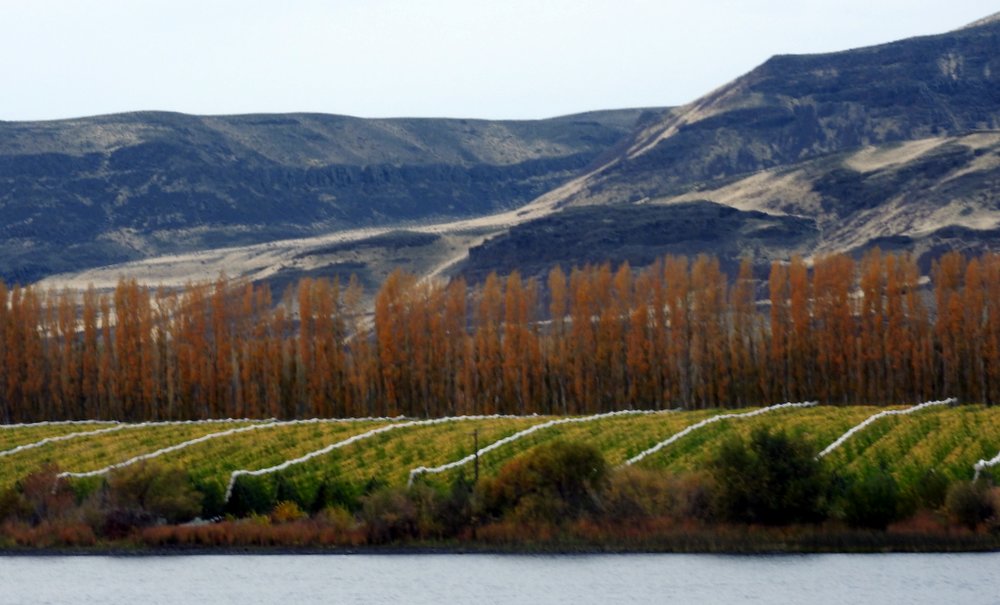 Eastern Washington is mostly desert, but a lot of crops are grown here. 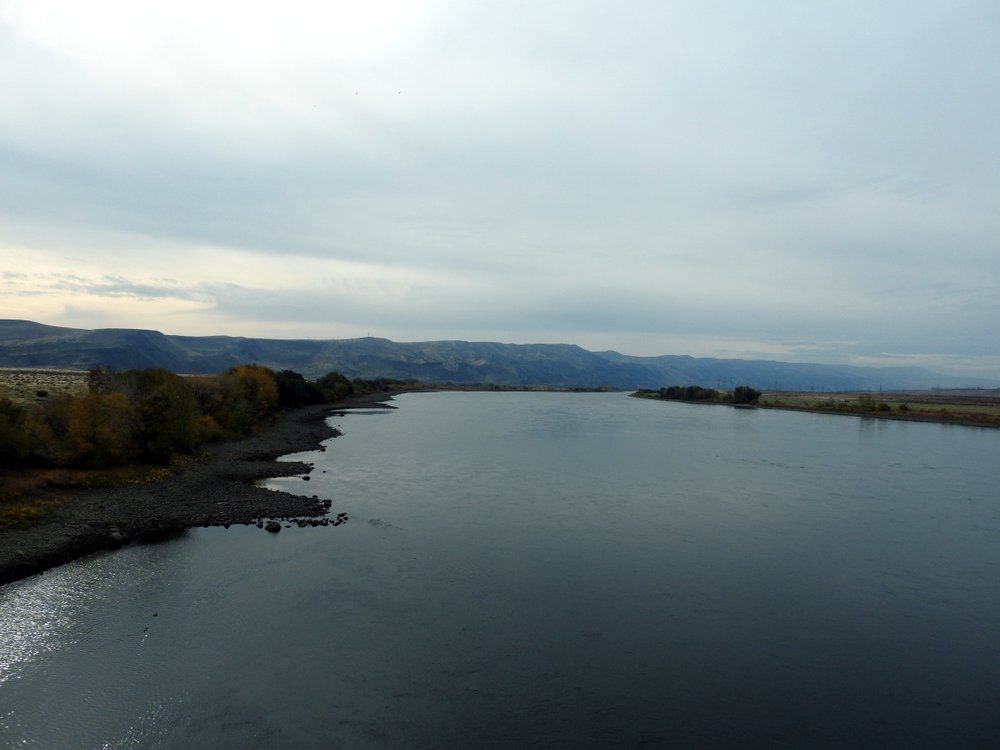 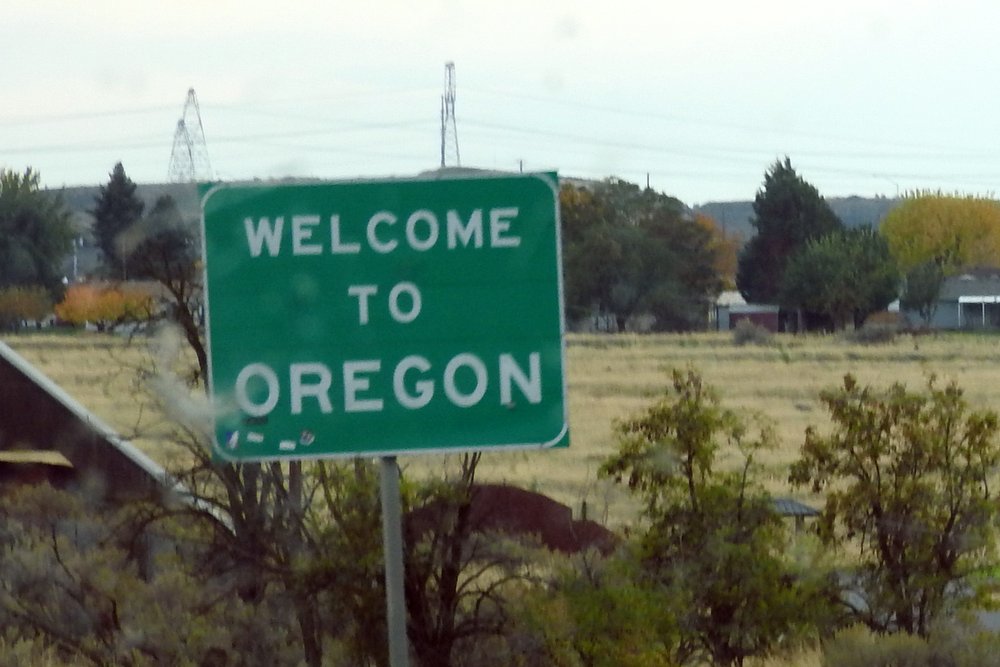 Oregon’s welcome sign was kind of disappointing in comparison with other state signs we’ve seen. 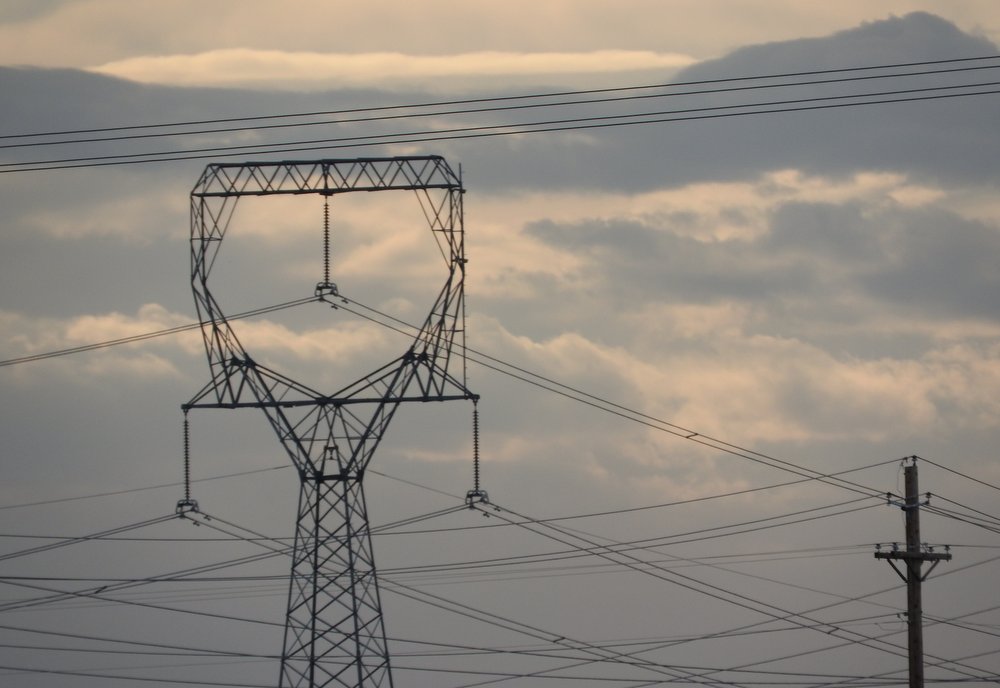 The only thing of interest I could find at the rest stop.  It kind of looks like a woman holding the wires. 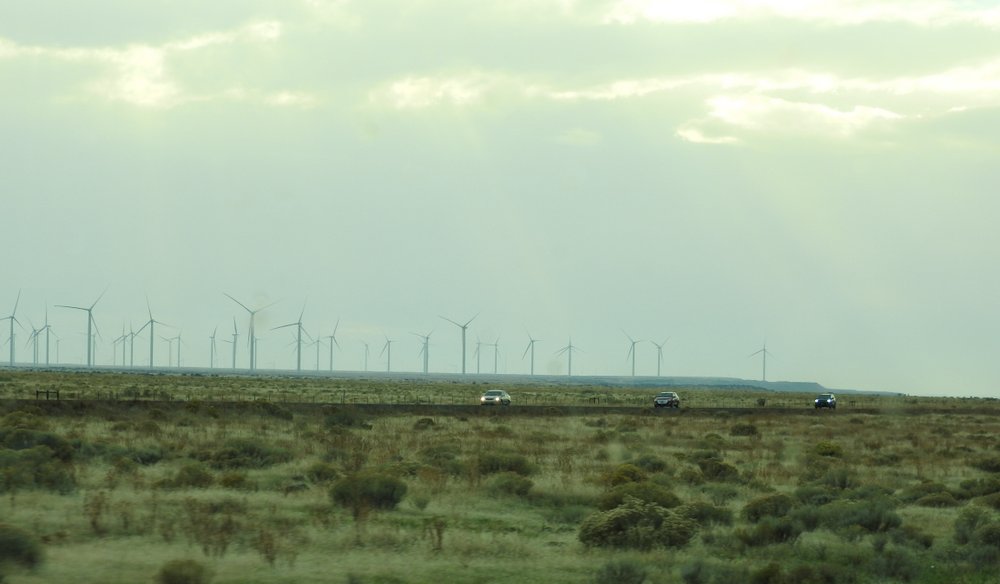 Along the Columbia River it is usually quite windy; ideal for wind power! 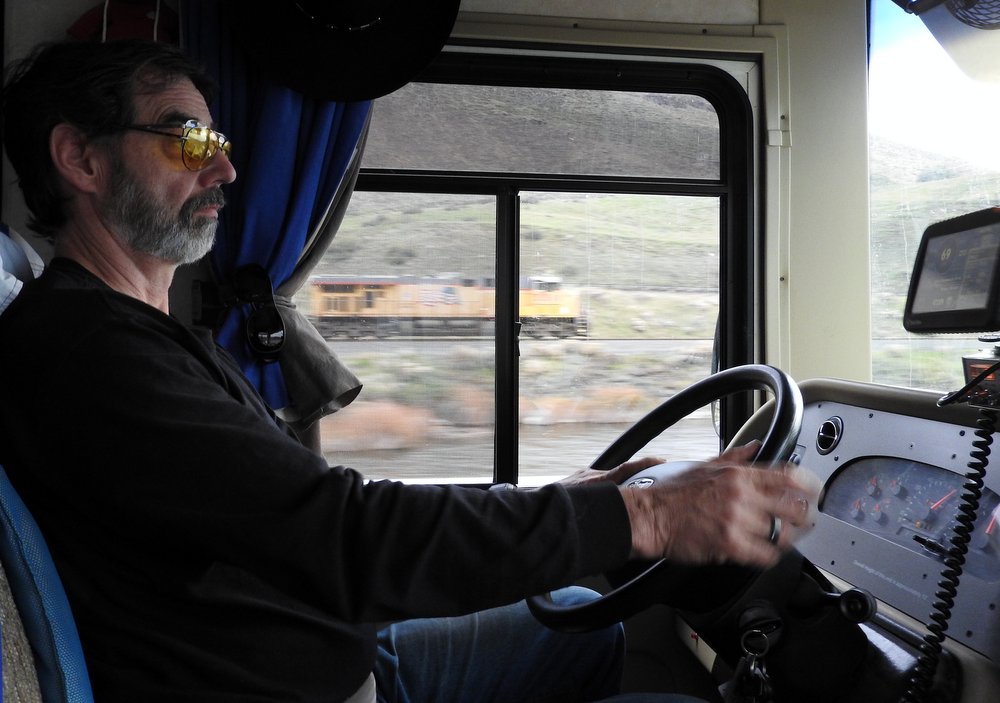 Mark racing a train…and he won! 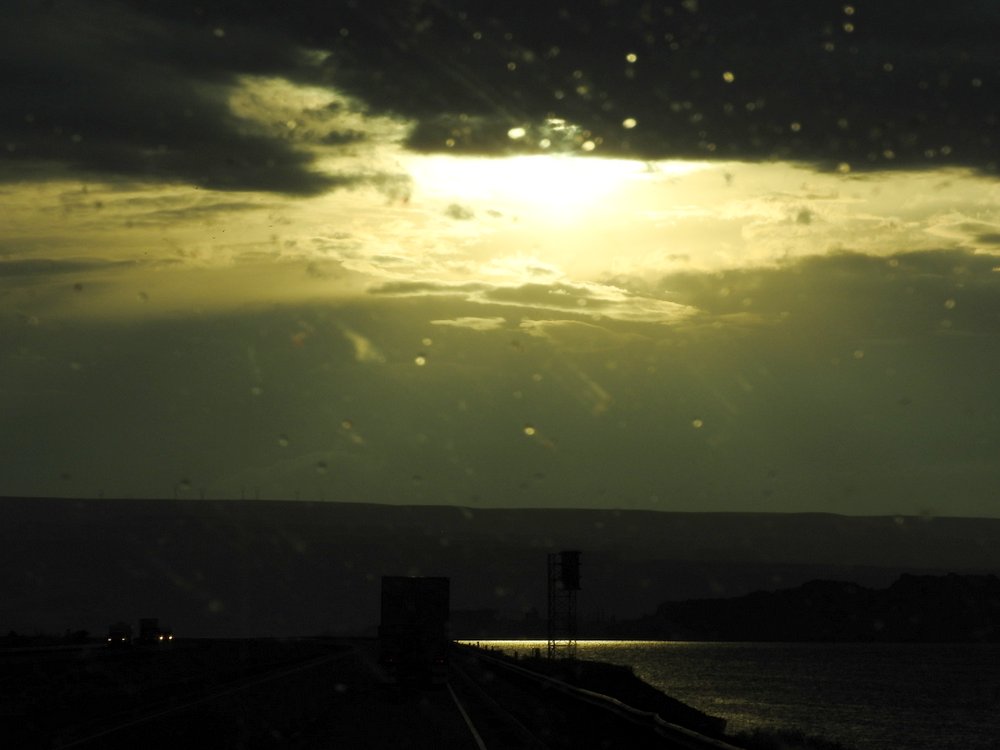 We started to get the first rain we’ve had on this trip. Pretty typical for Oregon. 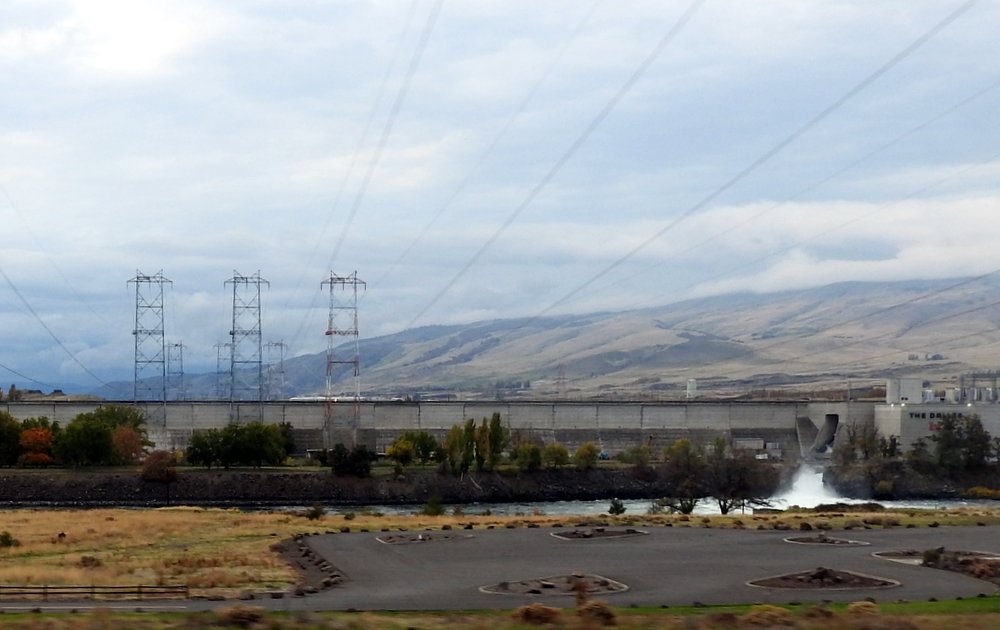 The other big source of power in the Pacific NW is hydro-power. This is one of several dams on the Columbia River. 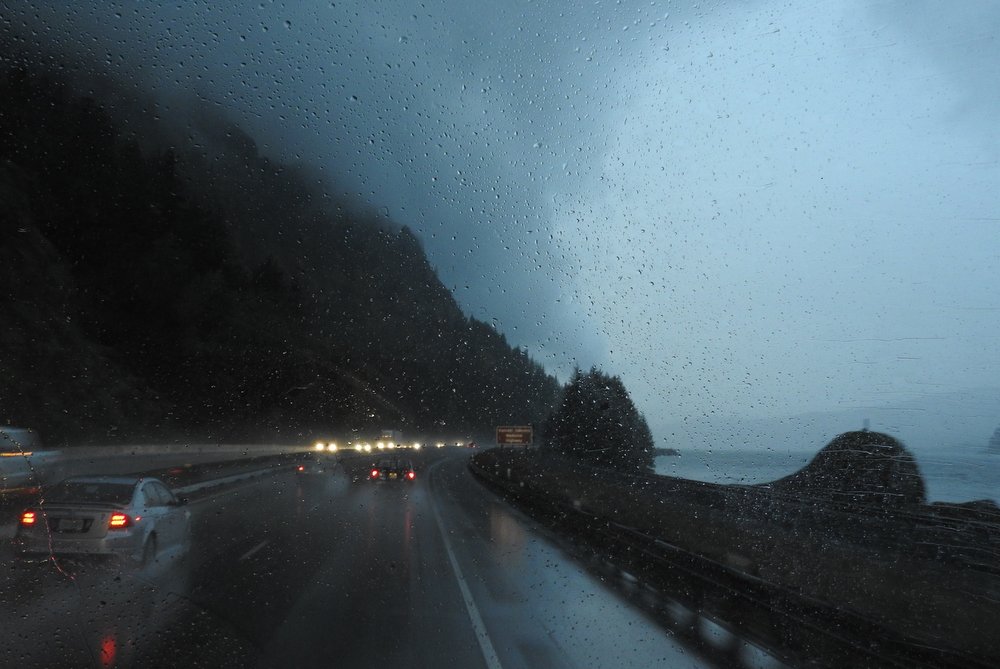 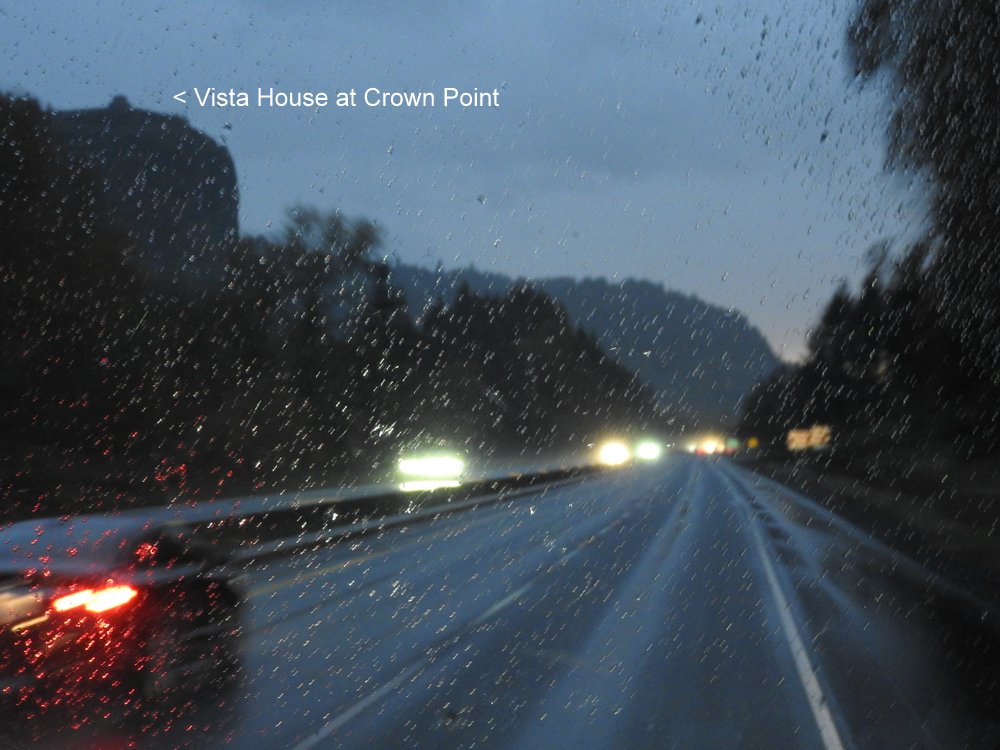 This is in the world famous Gorge and at the top of this cliff you can barely make out the Vista House. On a nice day, there is a great view from up there. 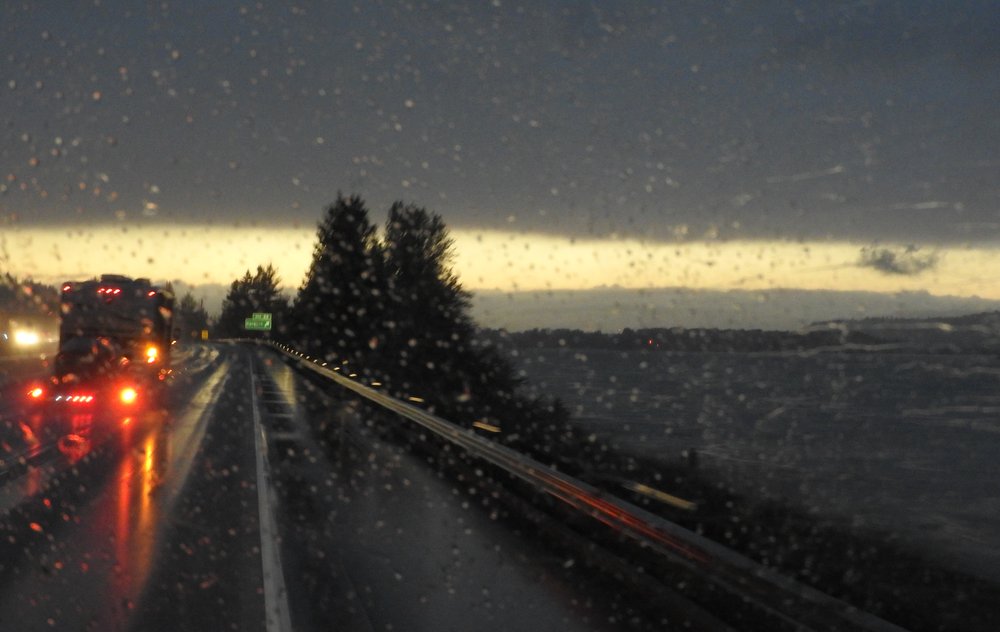 Sunset along the river

When we got near my sister’s house, Mark pulled into a shopping center parking lot to unhook the truck.  He found that the cable that connects the RV brakes and lights with the truck had fallen off.  We don’t know when that happened, but if it had happened in the mountains we would have been in big trouble.  Another sign of God’s protection on this trip!

Even though it was after 7:00 when we arrived at my sister’s house, she and her husband, Fred, had waited to eat dinner with us.  We had pulled pork sandwiches and fruit salad, and for dessert we had ice cream.  It was a heck of a lot better than we’ve been eating on the road!

It’s good to be back here.  I’ll get to see my mom tomorrow, and there are so many other family and friends I can’t wait to see.  This is the first time Mark has been back in several years, so he has family and friends to see again.  Watch out, Oregon!  We’re ba-ack!

1 thought on “From Milwaukie, OR”