It’s the story of our lives lately: Once we were parked at our campsite here in Meredith, NH, we drove half an hour south to try to see the Canterbury Shaker Village and it was closed. We had missed it by nine days.  I was taking pictures from the street until I met an employee who gave us permission to walk around the grounds.  We couldn’t go into the houses, but I tried taking some pictures through the windows.  This day is dedicated to my sister, Sherill, who first told me about the Shakers back in the late 1970’s. 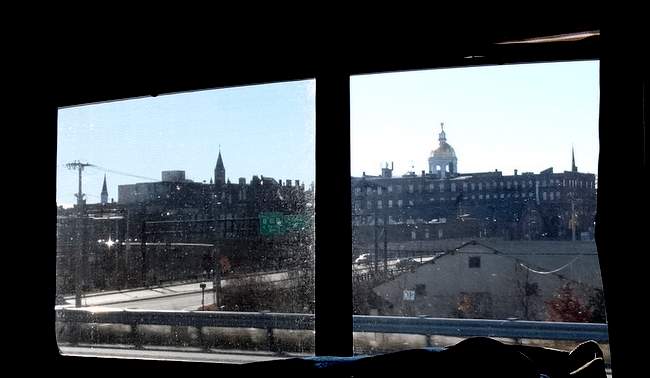 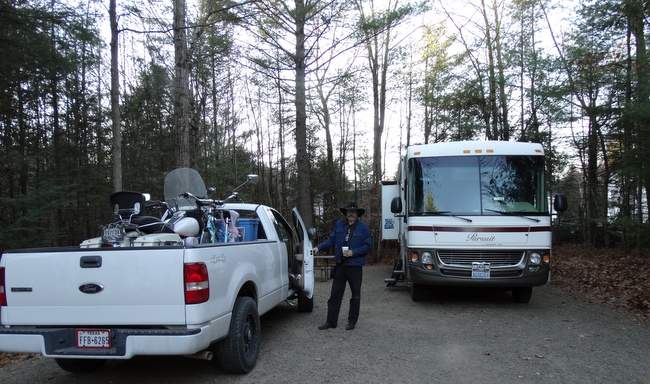 Our campsite in Meredith, New Hampshire 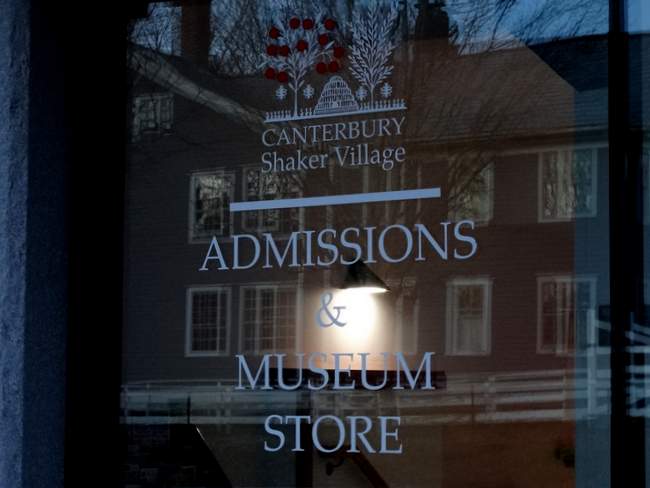 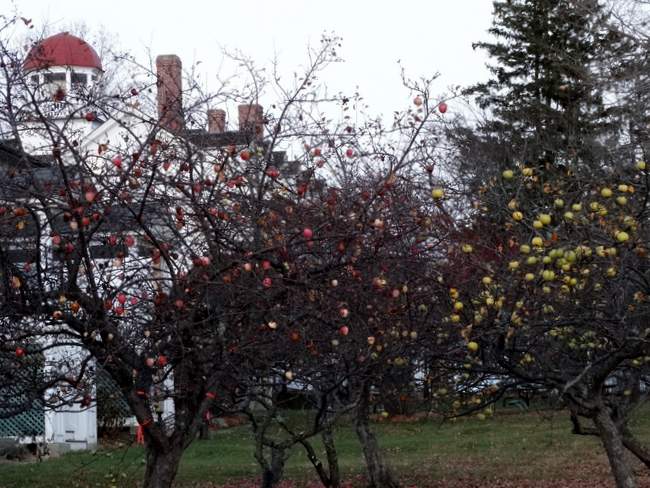 Apple trees at the Shaker village

The view from the road 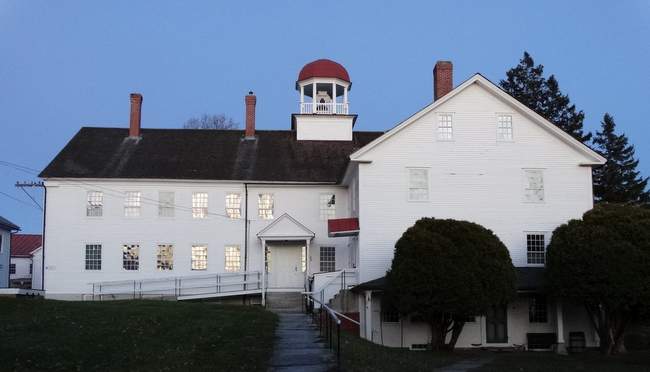 After receiving permission from an employee, we wandered around the buildings. 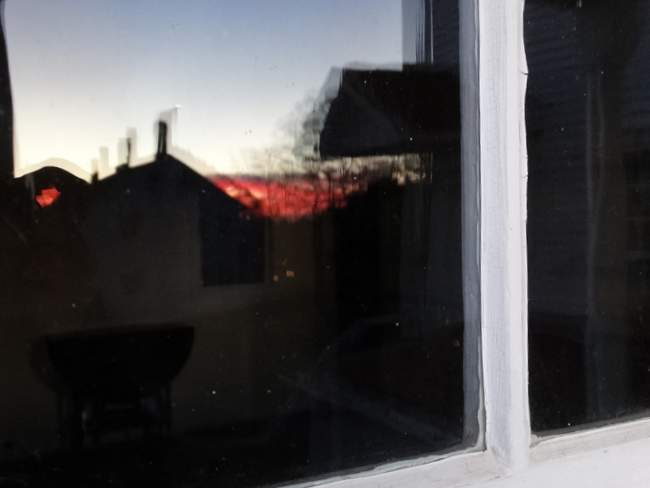 As the sun went down, it was reflected in this window while still giving a hint of what lay inside. 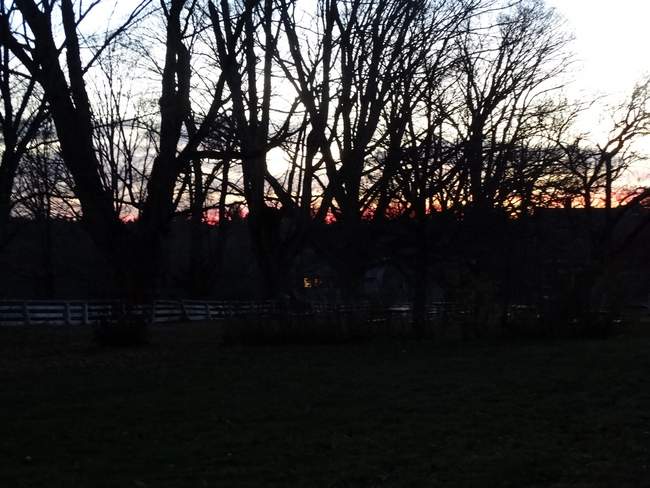 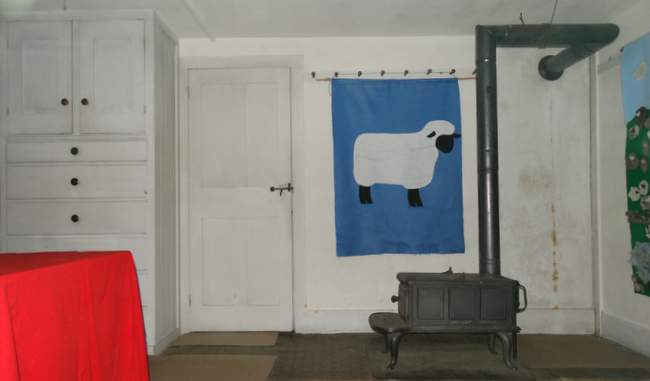 I couldn’t see anything through the windows, but by using the flash on my camera with the lens up against the pane, I was able to see inside. 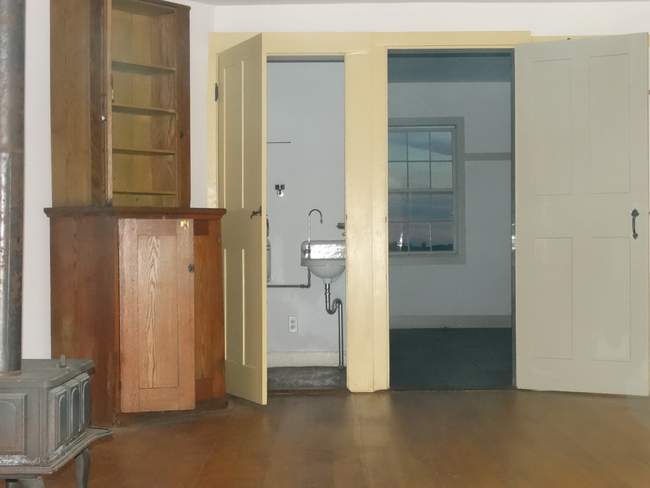 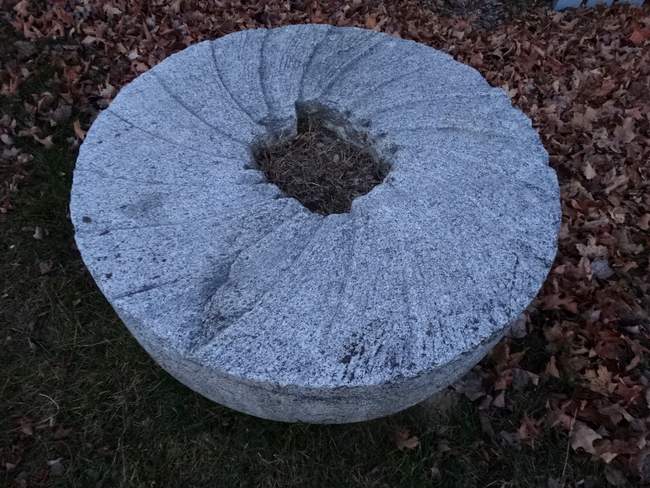 What appears to be a grinding stone 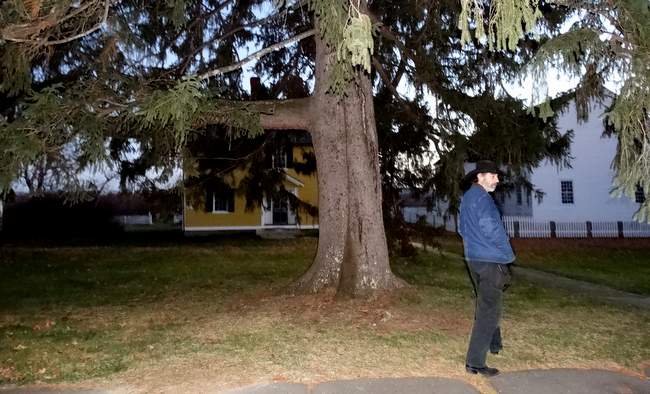 Mark having a look around 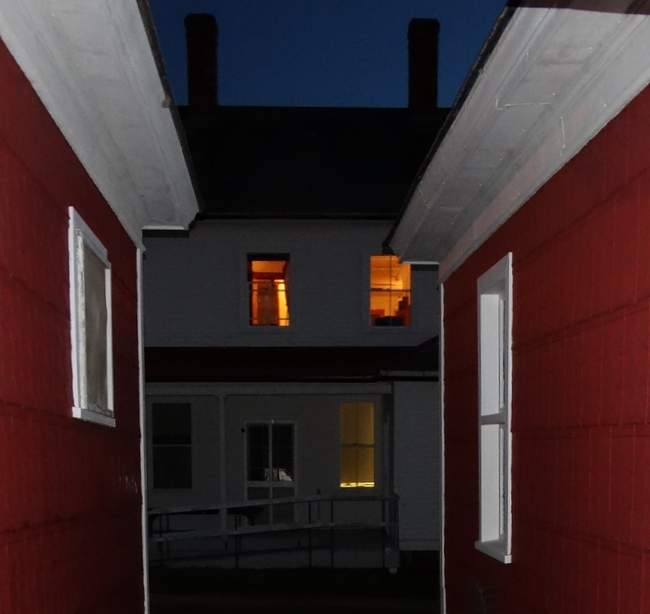 One of the buildings appears to be inhabited by a caretaker. We heard him playing music in his apartment.

So I’ve been doing some reading up on Shakers since I’ve been home.  There is one active community left in Maine.  It currently consists of one novice and three members.  However, it looks promising that the novice will become a full member.  I have always thought that the Shakers were dying out because they believe in celibacy, but according to an article I read*, that’s not necessarily so.  Many people are interested and attend services at the one remaining Shaker church, but there is a lengthy process — five years — before one can become a full-fledged member.  And the issue that seems to cause novices the most trouble is the communal mindset.  Coming from an individualistic society into one where it’s not “me” but “we” can be jarring.  Obedience is expected and personalities may clash.  That is harder for would-be Shakers to accept than celibacy is.

I have also learned that Shakers broke off from Quakers, and contrary to the myth that Shakers don’t believe in technology, they have actually invented some of the things we use today, such as washing machines.

My sister, Sherill, studied about the Shakers in the late 1970’s, and I hadn’t thought about them much since then, but today I’ve seen a couple signs about Shaker museums or villages.  It sounds like there are former Shaker communities from Maine to Florida.  My curiosity is piqued!

* A Few Good Shakers Wanted by Kevin Williams, Aljazeera America, (May 3, 2015) as seen at http://america.aljazeera.com/articles/2015/5/3/last-shakers-hope-novice-can-revive-communal-society.html