Because we arrived at this campground last night in the midst of their Halloween activities we didn’t get a chance to actually get registered.  So this morning before church we went to the office.  It was closed and a man who was working outside said that they didn’t open till 9:00 AM.  I had thought it was 9:00 so I looked at him quizzically and he said, “The time changed last night.”  Ah!  Being on the road I hadn’t kept up with when the time change was going to happen.  We came back an hour later and completed our registration. 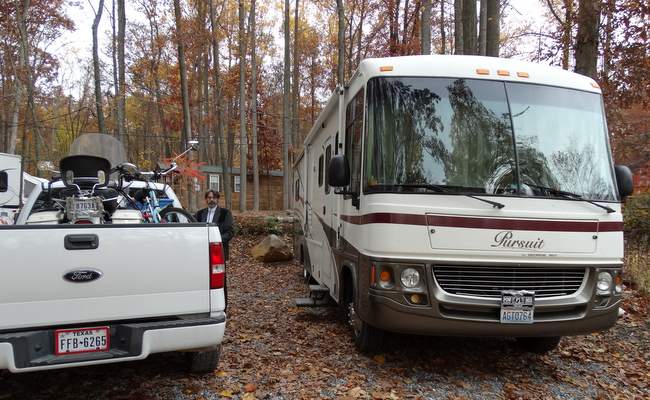 Our campsite. It’s pretty here, but the sites aren’t level and we’ve had a heck of a time trying to level our RV.

Then we drove to Akron, PA to meet up with our friends, Sue and Kevin, and go to church with them.  Kevin and Sue used to live in Portland and attended Portland Mennonite Church many of the years I was attending there.  Sue agreed to be a listening board for me during a very difficult time in my life and she was very good at just listening to me talk and not trying to tell me what to do.  She’d ask questions on occasion to help clarify things, but she was non-judgmental.  She was a faithful friend and I’ve missed her since they moved to Pennsylvania.

On the drive to Akron, we passed lots of farms.

There is an organization in Akron called Mennonite Central Committee (MCC).  Even having been Mennonite for a longer portion of my life than any other denomination, I can’t tell you all of what MCC does.  I think that they send volunteers to work in third world countries doing things like relief work, setting up craft businesses with the crafts being sent to the US to be sold and the money going back to the crafters, teaching, building, doing medical work, setting up churches, etc.  I will actually find out more tomorrow when Sue gives Mark and I a tour.  That’s where she works.

Their church also meets in the Meeting House at MCC.  Sue met us at the parking lot and led us in. 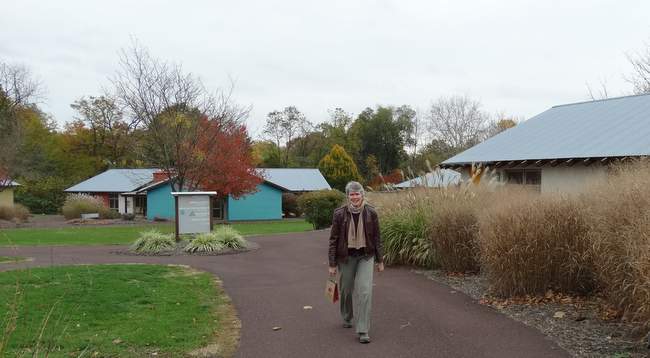 My first view of Sue as she came to meet us. 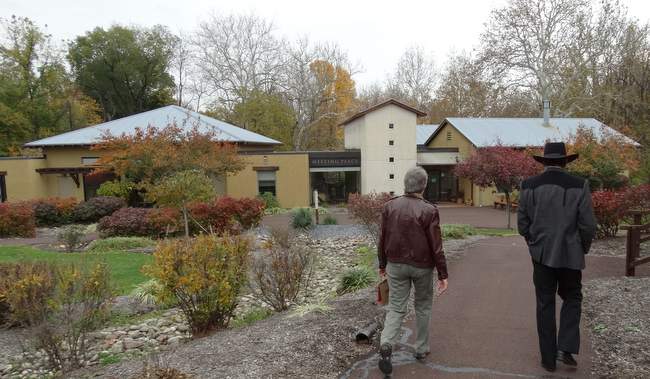 She led us through the MCC campus to the Meeting House where her church meets.

Before the service began, Kevin was getting the sound system ready. 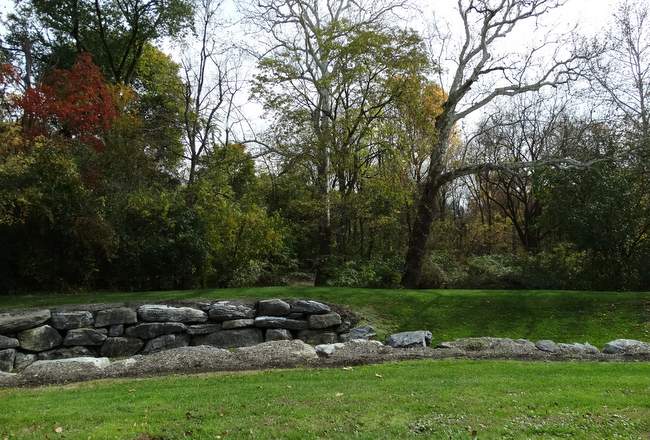 This being All Saints Day, during “Children’s Time” the children were directed to look out the big picture window as the Leo Buscaglia story, The Fall of Freddie the Leaf, was read. 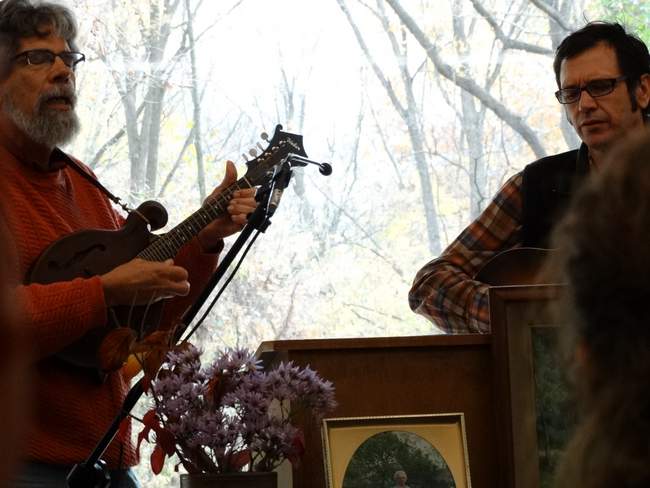 For the service, they had asked the members to bring something that reminded them of someone in their lives who had passed on and talk about how that person had influenced them. People placed items on the altar, such as pictures of the deceased, one man read a poem, and these men led us in singing the favorite hymns of a couple different people. 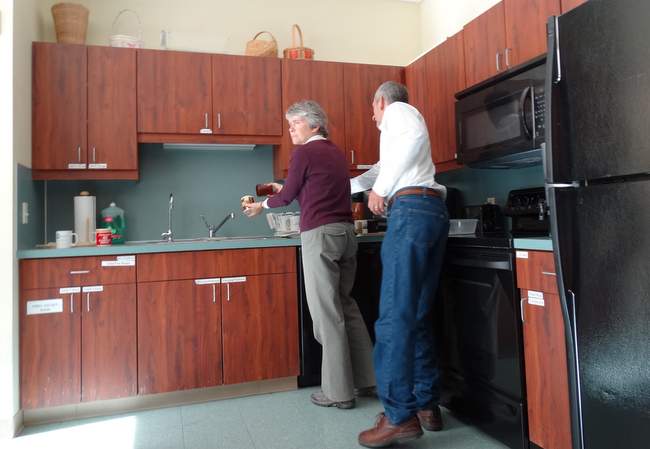 After church, Sue and her small group cleaned up the cups we had used for coffee, tea and hot chocolate. While she worked, I visited with a young woman named Katrina who was interested in hearing about our lifestyle.

Kevin and Sue only live about three blocks from MCC so they walked to church this morning.  They gave us directions to their house so we could drive there, and they still beat us! 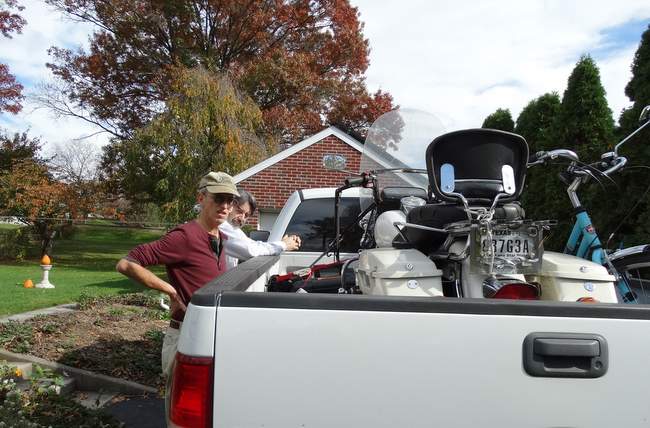 Kevin is a motorcycle rider too, so he checked out Mark’s Harley. 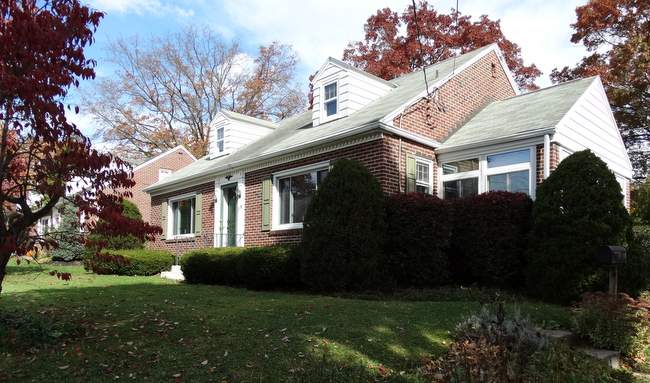 They live in a very nice brick house. 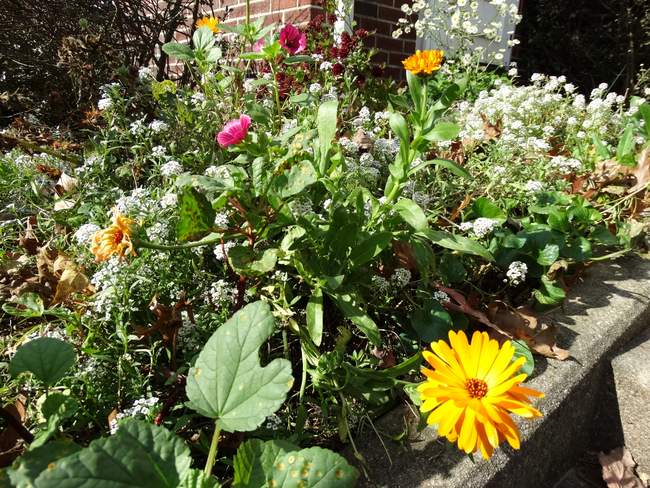 I wasn’t expecting to find flowers in Sue’s garden in Pennsylvania in November. What a pleasant surprise! 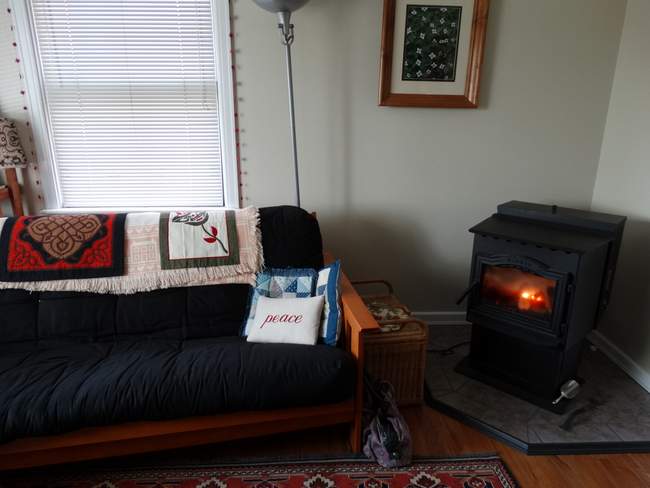 They have a very cozy living room. 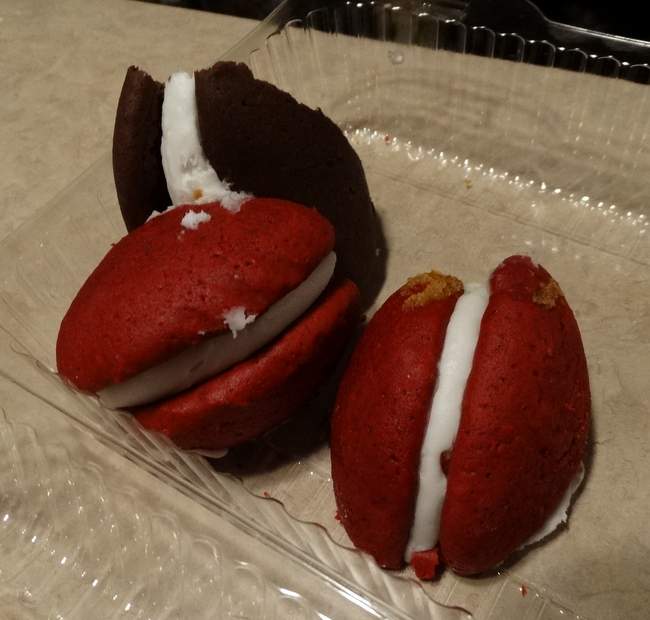 Sue made lunch which included a ham loaf, potatoes au gratin, corn, and salad. For dessert, we had Whoopie Pies which are made with large soft cookies and a filling…sort of like an oreo. Sue said that both Maine and Pennsylvania claim they started Whoopie Pies. I see on Wikipedia that Massachusetts and New Hampshire also claim to have created them. At any rate, they are a New England tradition.

Sue had asked me to bring our atlas so they could see where all we’ve been.  We visited all afternoon and talked of many things.  Before we left we took some final pictures: 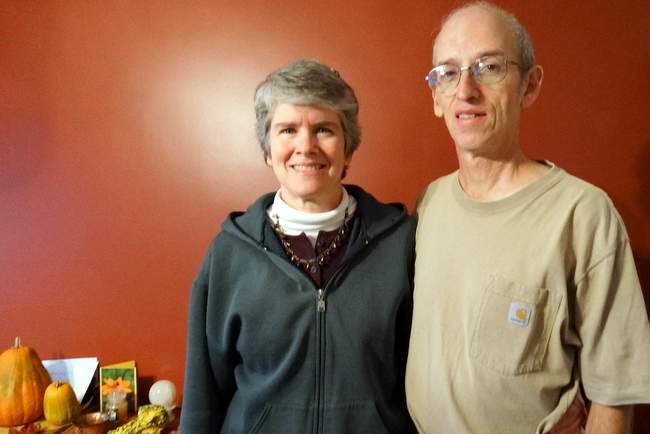 Kevin and Sue in front of their red wall that “has a story”!  In my opinion, these folks are saints, so what better day to reunite with them than All Saints Day? 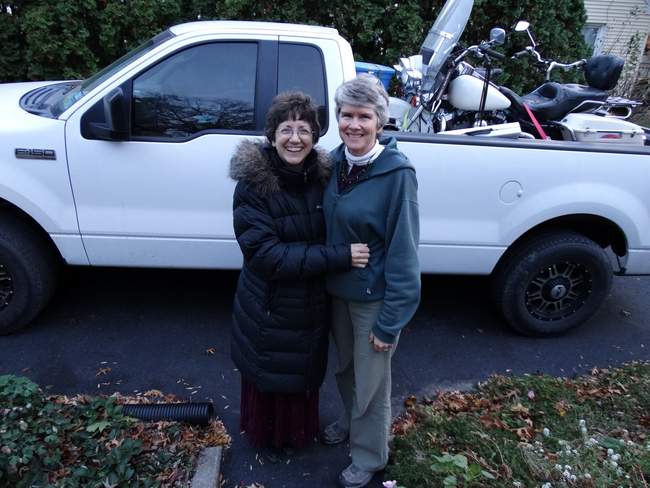 Sue and I, reunited!

On our way back to our campground, I finally caught a picture of a sight I’d been trying to capture all day: 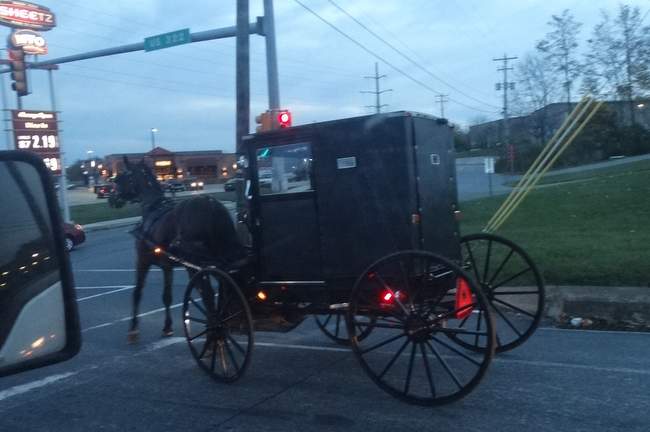 An Amish buggy waiting at a stop light with us.