I haven’t written for several days because we’ve been working on an inspection of our RV, but this afternoon we took some time off to drive into Hannibal, Missouri from our campground in Monroe City.  There is so much more we would have liked to see, such as the home of the “Unsinkable Molly Brown”, but we only had an hour to look around after having lunch at the Mark Twain Dinette, famous for their Mark Twain fried chicken and homemade root beer.  We went to the historic area where Mark Twain’s home and those of his friends are located. 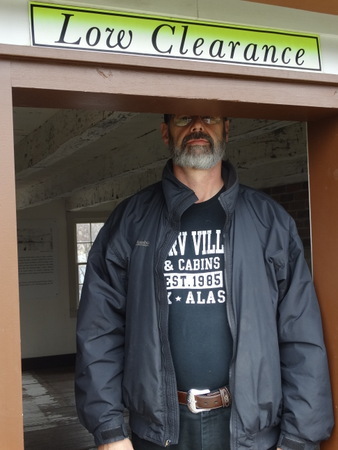 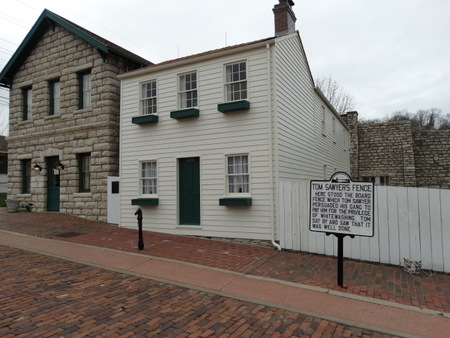 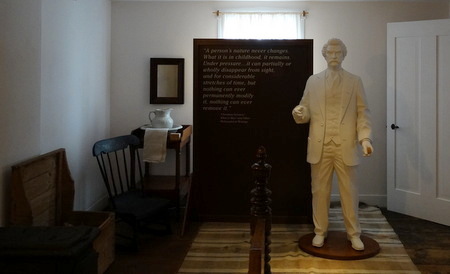 Every room had a quote from Mark Twain in it 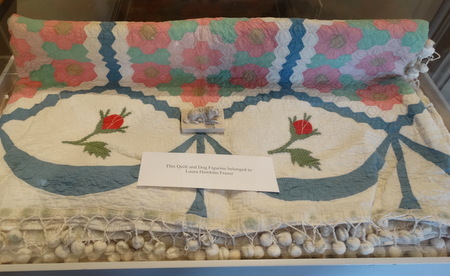 There really was a girl next door, but her name was Laura. When she died they put “Becky Thatcher” next to her real name on her tombstone! 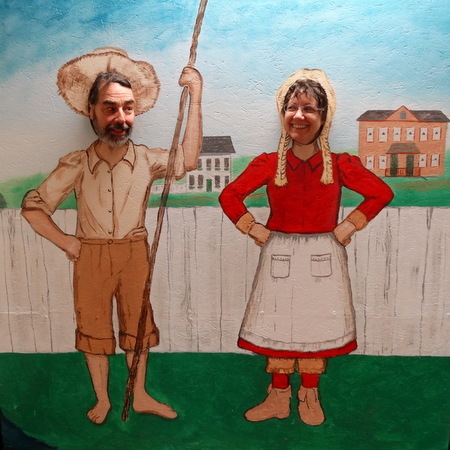 Mark and I as Tom and Becky 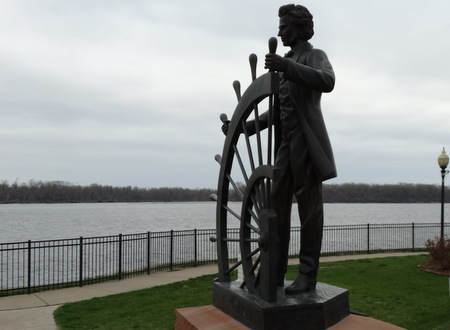 A statue of Mark Twain as a riverboat captain next to the Mississippi River. 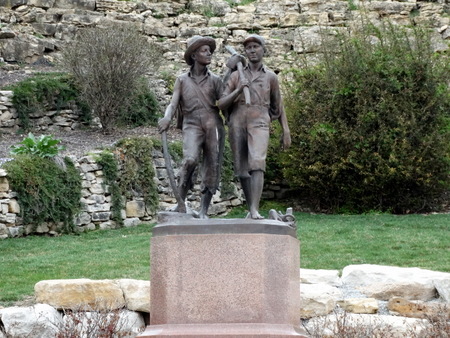 A statue of Huck Finn and Tom Sawyer at the end of Main Street. 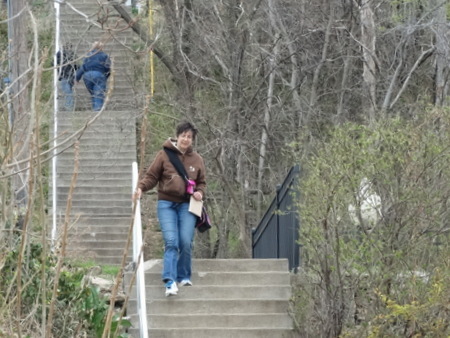 On my way back down from climbing 244 steps to a memorial light house at the top of the hill. Got my aerobic workout today!