OK, so here is a little LDS history:  Joseph Smith first brought his followers to a swampy bend in the Mississippi River and named the area Nauvoo, a Hebrew word meaning “the beautiful location”.  They drained the swamp and began building a well planned town, the second largest in the west at the time.  Chicago was the largest.

Every block in Nauvoo was four acres divided into four parts so that each house sat on an acre of land.  It only took three years to build up the town.  Joseph Smith had plans for a temple in Nauvoo and every tenth day the men worked on it.  Before it was finished, Joseph and his brother, Hyram, were arrested.  While in jail, a mob broke in and killed them.  Violence against the Saints of the area continued but Brigham Young told them not to retaliate.  He tried petitioning the governor of Illinois for help, but the governor told them they’d better leave.  Before they left, they worked feverishly to finish the temple, then they headed to Salt Lake City, Utah.

The locals took over the abandoned farms and burned the temple.  Then a wind storm further damaged it.  In the 1990’s the LDS church began restoring the historic homes of Nauvoo as well as the temple.

Today Mark and I drove up there (a two hour drive from our campground) and toured the historic settlement.  First we took a horse-drawn wagon ride around the town with a tour guide telling us what everything was, then we went back on our own to look into some of the places more thoroughly.  Of course, Mark was interested in seeing the home and gun smithing shop of John Browning who invented the repeater rifle, so we took a tour through that house.  He also wanted to visit the memorial for Porter Rockwell.  Porter Rockwell was an interesting character who is credited with using his gun to protect Joseph Smith and the Saints, not always in particularly “legal” ways.

After that we turned to Mark’s family history.  We went to a memorial for Saints who died in Nauvoo or on the way to Salt Lake City.  Mark found a list of Davis’s.  He thought maybe a couple of them might be ancestors.  Then we went to the Family History Center and looked up Mark’s family history.  We found an ancestor who apparently had lot four in plot 125 in Nauvoo.  This was George Benjamin Wallace who married Hannah Davis.  Where it really got interesting was when we looked at their wedding date.  Wallace had two wives already, and on the day that he married Hannah (October 15, 1852), he also married her sisters, Martha and Lydia.  That must have been some wedding!

When we left Nauvoo, we headed back to Hannibal for dinner.  We took a slight detour up to Lover’s Leap where legend has it that a sort of Native American Romeo and Juliet couple chose to leap rather than be separated by her family who didn’t approve. 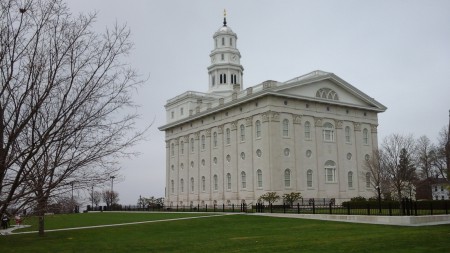 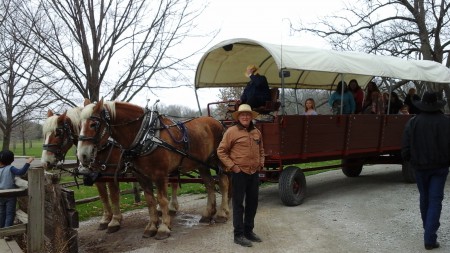 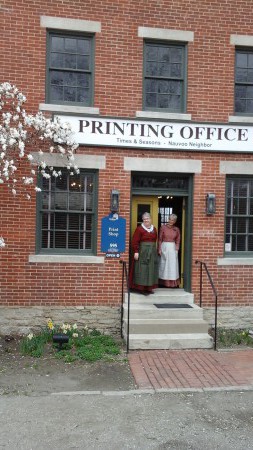 Printing office with missionaries in costume 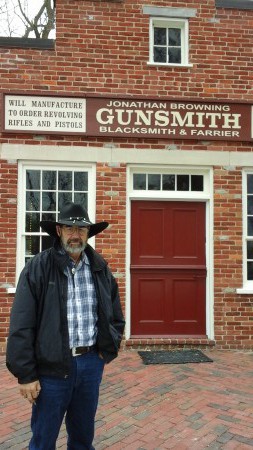 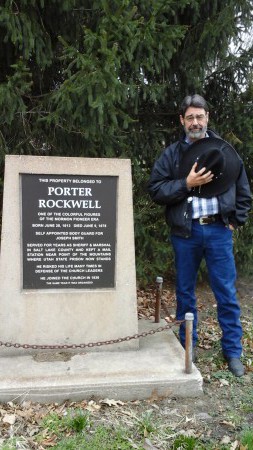 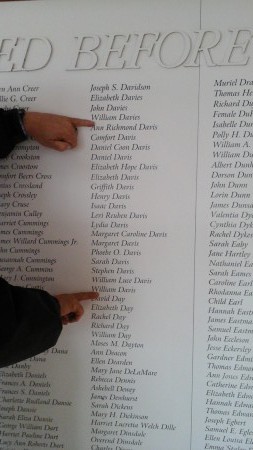 The Davis’s; are any of them related to Mark? 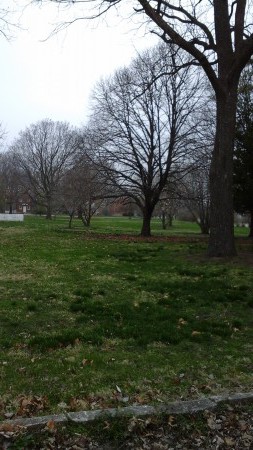 The plot of land that belonged to George Benjamin Wallace, and Hannah and her sisters! 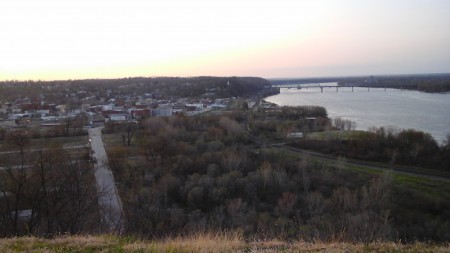 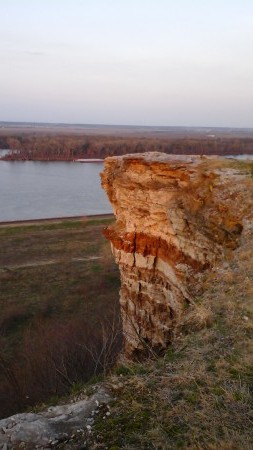 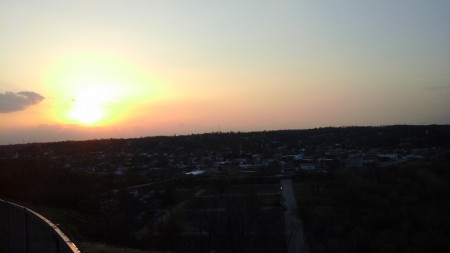