In 1976, when my family came to Harper’s Ferry, it was dusk, but I had the impression that it was a beautiful, quaint little town.  I seem destined to arrive here at dusk, but I had a very good reason for arriving at dusk this time… 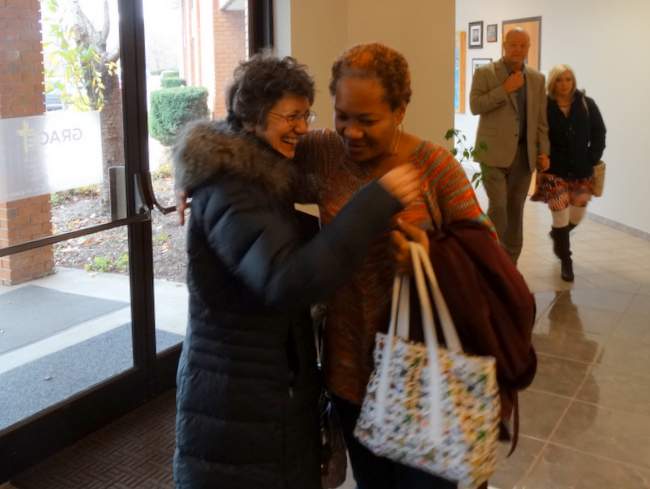 We went with Denise to her church this morning, and we didn’t want to say goodbye. Parting is such sweet sorrow!

Denise is my little sister because I’m eight years older than her, but I could learn so much from her.  She has a heart as big as all of Washington DC and she is generous.  She gifted Mark and me many times in the last week.  I heard her gifting others as well.  And then as we were about to leave, she pulled Mark and me into her car and asked what needs we and our families have.  I want my family to know that she prayed for each and every one of you this morning before we parted.  I wish she could come with us wherever we go, but she’ll have to ride in our hearts for now!  God speed, Neicy! 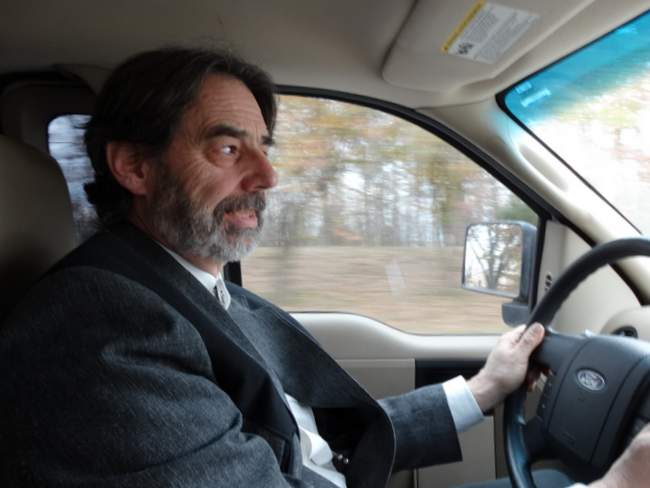 Mark in his Sunday best on the way back to our RV.

We went back to our RV and ate the lunch she had provided for us, finished loading up the RV and truck, and hit the road. 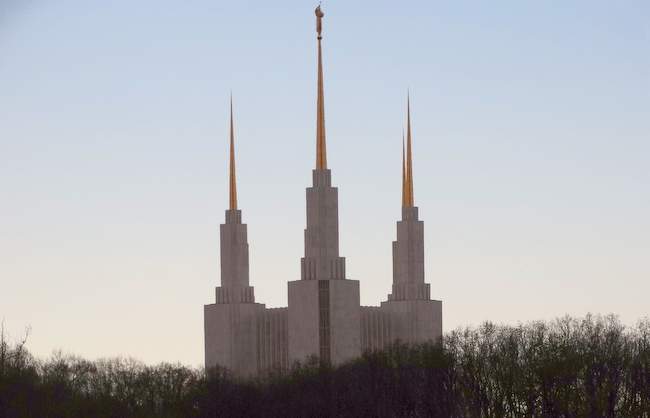 We saw the Washington DC LDS temple from the highway. 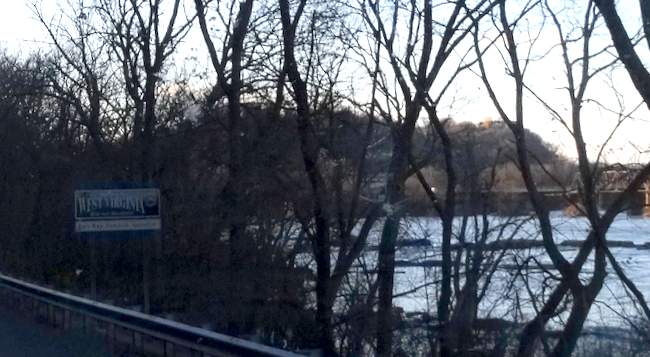 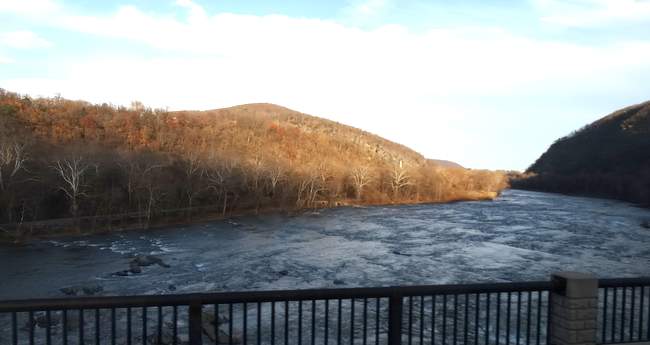 We crossed both the Potomac and the Shenandoah Rivers. They seemed fairly shallow at this point. 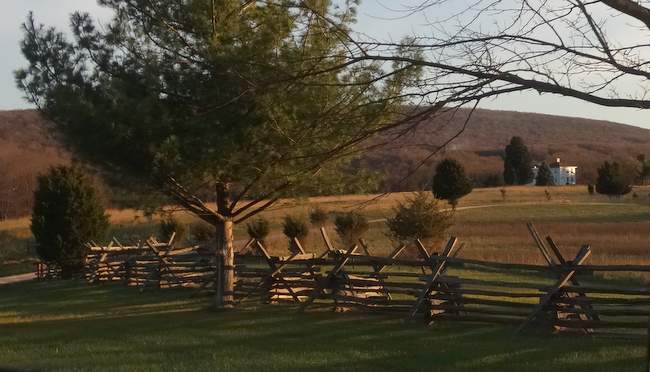 Turns out our campground is right next door to one of the battlefields from the Civil War. 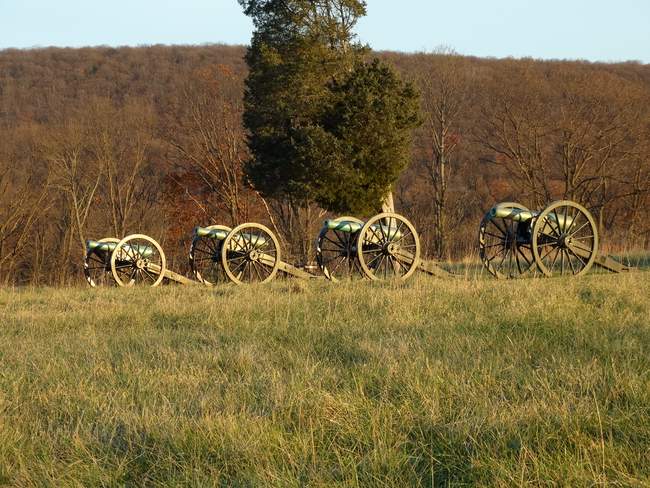 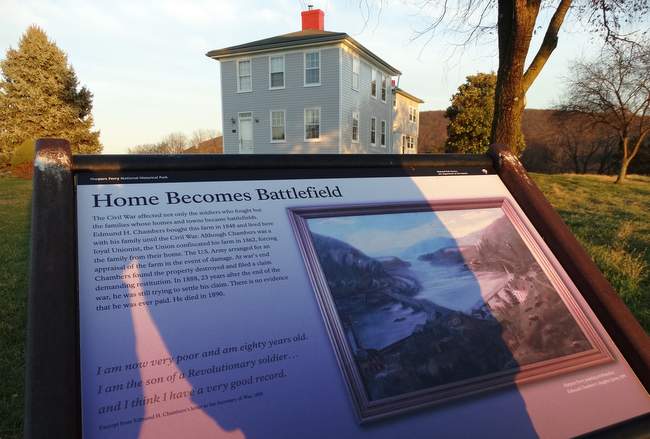 Sad story — The farmer who owned this house was a Federalist, but the Union still seized his home and assessed its value.  When he came back after the battle was over, his home was ruined.  The Union, and indeed, the government never reimbursed him and he died a poor man. 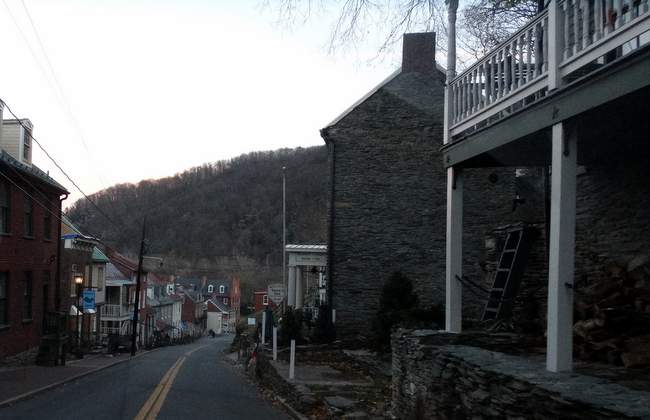 Driving into the historic part of Harper’s Ferry 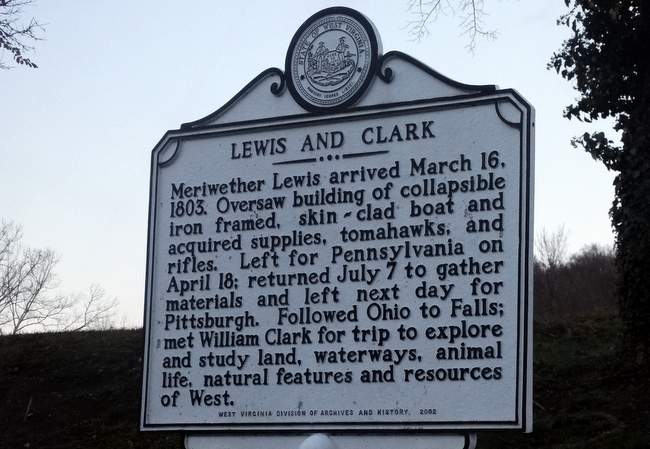 There’s more history here than you can shake a stick at! 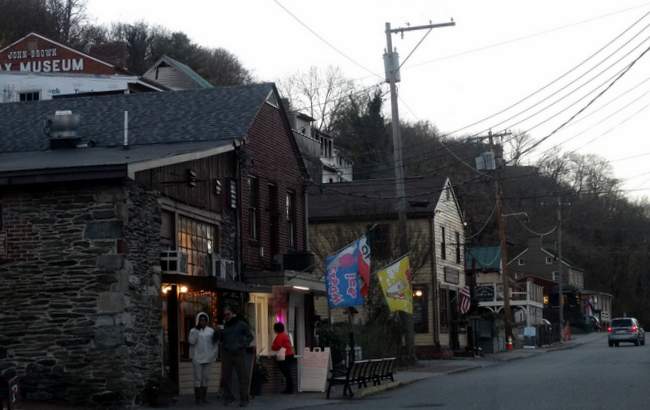 You can see the John Brown museum at the top left corner of this picture. The place called John Brown’s Fort is here as well.

If you are as fuzzy on your history as I am, John Brown and his followers took over an arsenal hoping to arm slaves so they could fight for their freedom.  The arsenal was surrounded and there was a gun battle and John Brown lost.  That’s about the extent of what I know, other than remembering there’s a song called John Brown’s Body Lies a-Mouldering in the Grave. 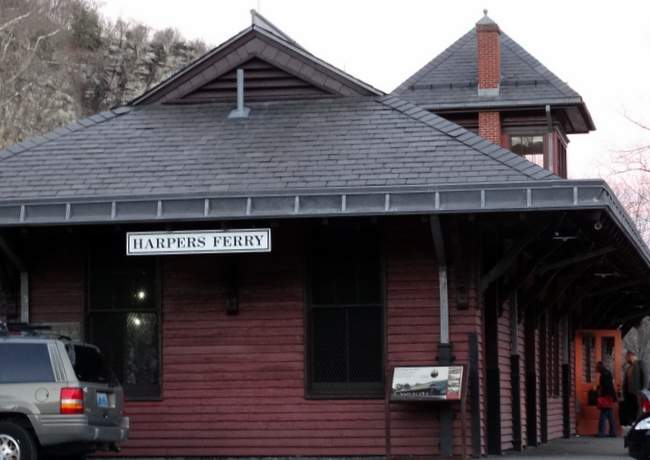 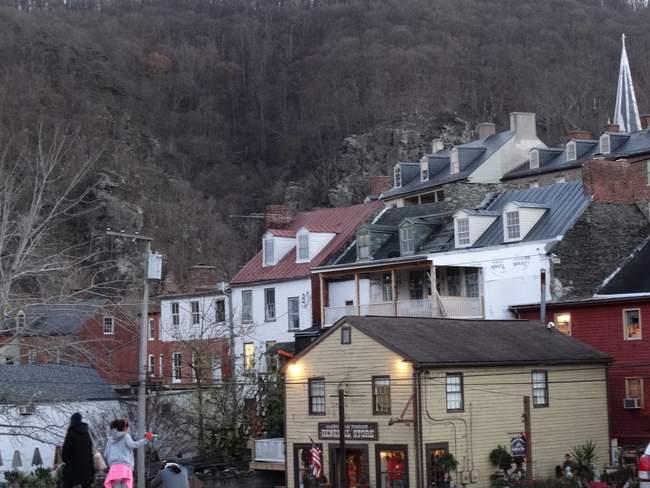 From the train station parking lot 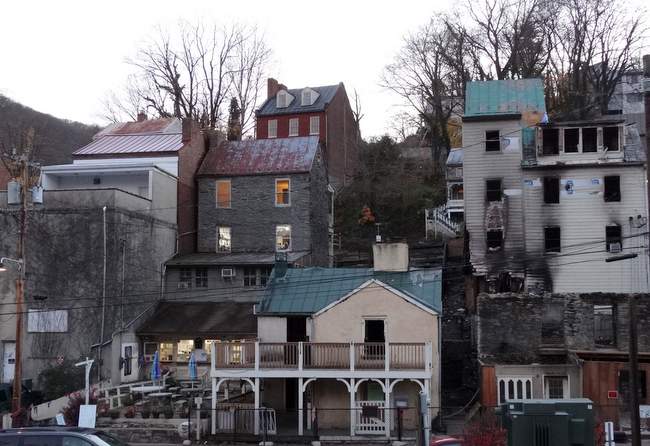 You can see that the house on the upper right is burned. 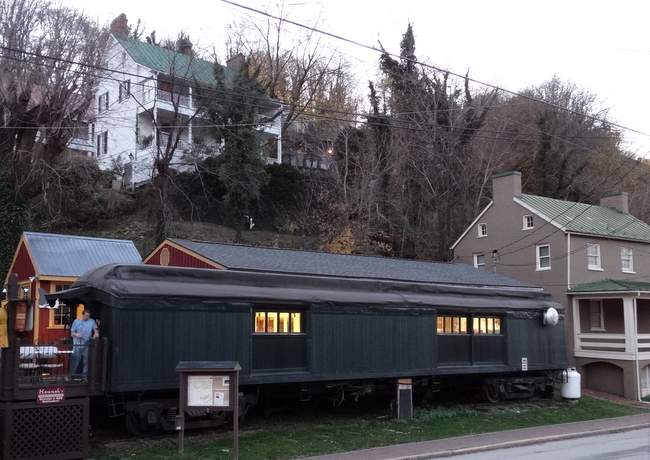 We had dinner in this old train car.

While we were having dinner, we asked the waitress about the burned building.  She said it used to have a couple businesses on the main floor and the upper floors were apartments.  In July, the building burned.  There was a person sleeping in his apartment, but they were, fortunately, able to get him out safely.  No one was harmed.  However, the fire is under investigation because traces of gas were found.  All of these buildings are from the 1800’s and so it will need to be rebuilt in the same style.  I asked her who would do such a thing and she said she doesn’t know, but it’s sad.  Sure wish I could hear what conclusion they come to at the end of the investigation.

1 thought on “From Harper’s Ferry, WV”