This morning Mark and I took the truck into downtown Washington DC to do some sightseeing.  But first we had to find parking, and by then we were hungry so we had lunch.  We were on 6th St a block from Independence Ave.  We had a long way to go from where we parked. 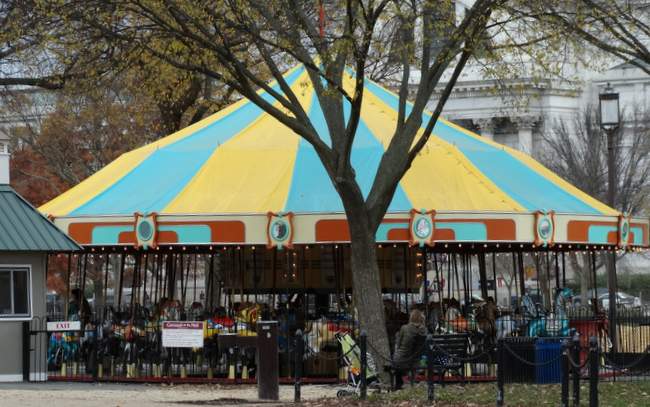 In 1976, my dad and Sandy had taken my sister, Sherill, and me to Washington DC for the Bicentennial.  I had forgotten just how big the Mall is.  Mark and I entered the Mall between the National Air and Space Museum and the Hirshhorn Museum and walked as far as the Lincoln Memorial and back.  I have an activity tracker and it says that I did 13,432 steps today or 6.1 miles.  Not all of that was in the mall, but most of it was and we didn’t even walk half the Mall! 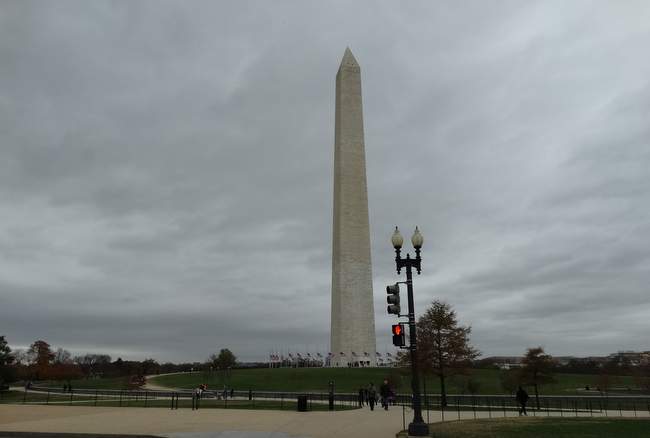 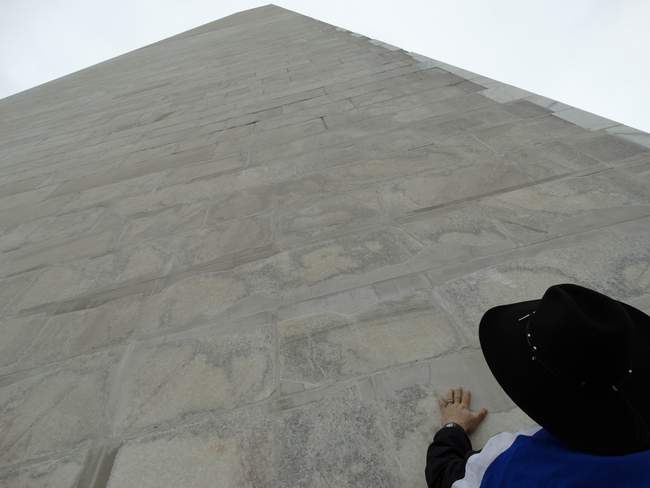 To try to get a sense of how tall the Washington Monument is, I tried kneeling next to Mark and shooting up. You can’t even see the top! 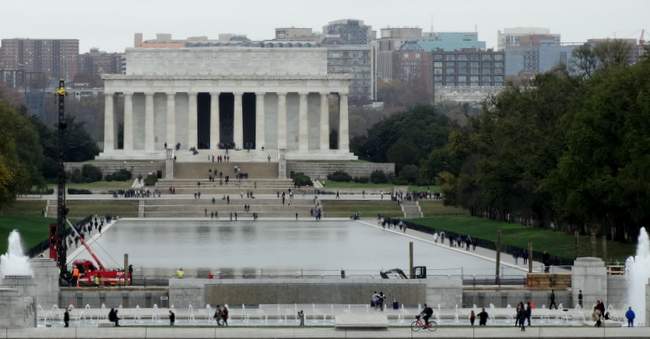 The Lincoln Memorial and the Reflecting Pool from the Washington Monument. 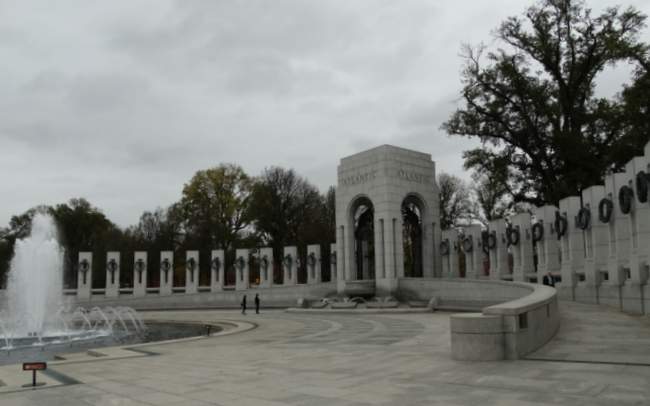 The WWII Memorial is new since I was here in 1976. This is the Atlantic side of the memorial. 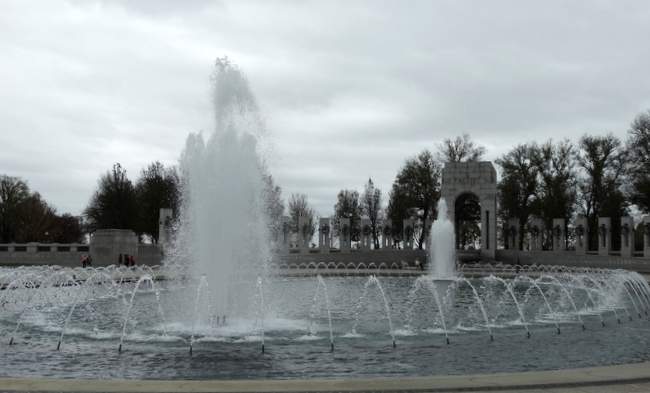 This is looking across toward the Pacific side. 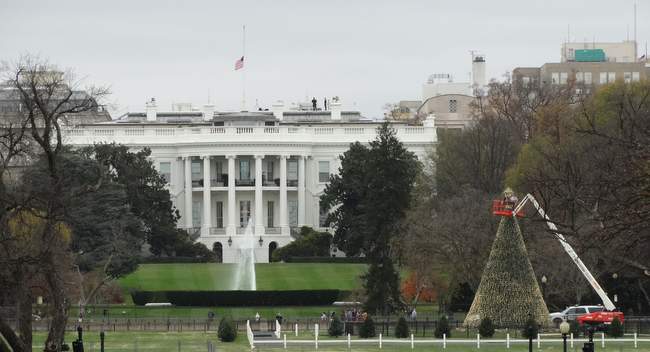 Off to our right, we could see the White House. They were setting up the National Christmas Tree today. 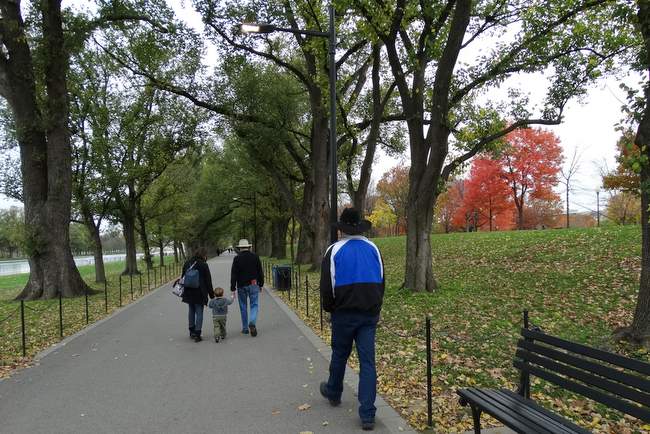 Walking along the right side of the Reflecting Pool as we faced the Lincoln Memorial, the path was a shady lane with some autumn color still remaining.

The thing I have been most desirous to do is get Mark to the Vietnam Memorial to find his older brother’s name.  His brother was killed in Vietnam during the Tet Offensive as the youngest Green Berets at the time.  The names aren’t in alphabetic order.  You go to a booth where they can tell you which panel and line the name is on. 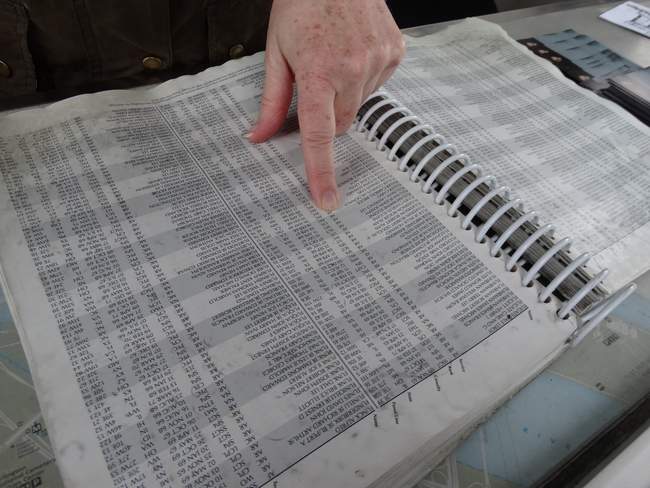 The woman in the booth found Carroll B. Fuller in her book. The “B” stands for Bruce, which is the name Mark always calls his brother. 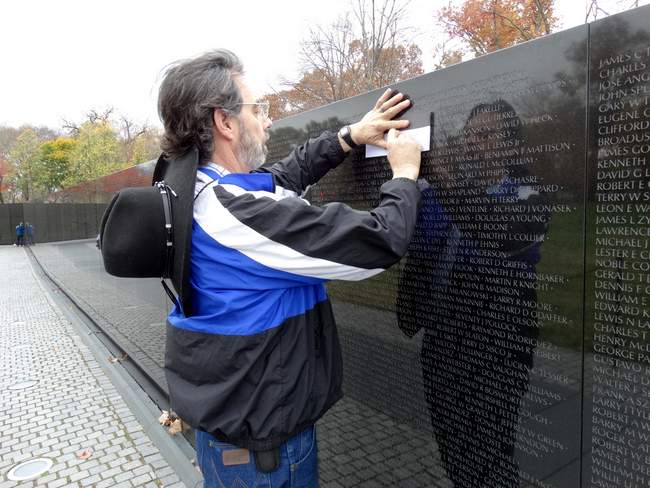 She also gave Mark a long piece of paper and a short pencil so he could get a tracing of his brother’s name. 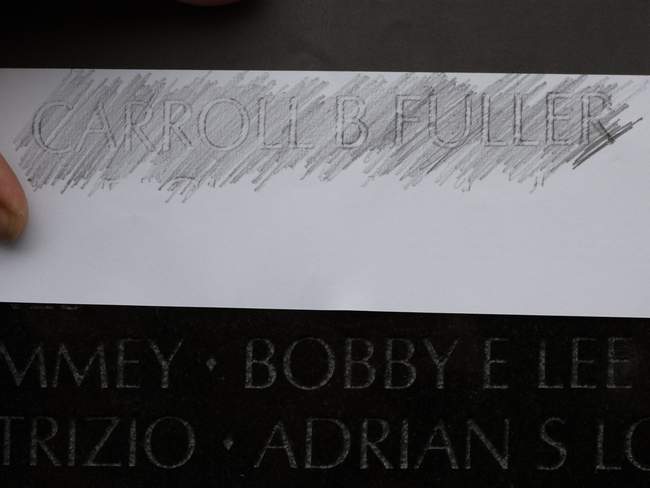 The tracing…Then Mark spent a few moments with his brother while I backed off to give him privacy. 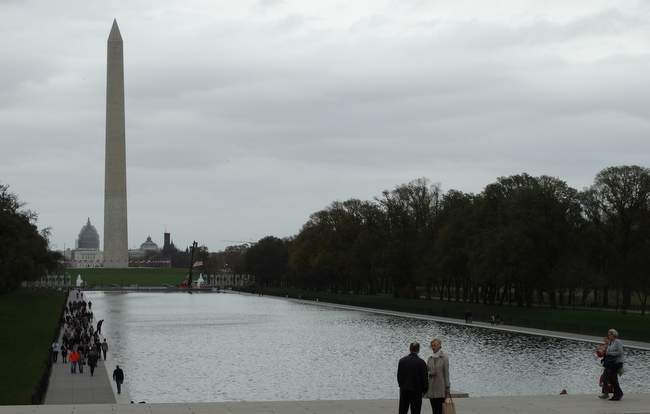 From the far end of the Reflecting Pool, you can see Washington Monument and in the distance, the Capitol building. The dome on the Capitol is completely covered with scaffolding.

When I came to Washington DC for the Bicentennial, I remember the sense of awe I felt in the Lincoln Memorial.  This is the place where Mahalia Jackson sang…the place where Martin Luther King Jr gave his “I have a dream” speech.  Even just the statue of Lincoln inside and his words etched on the walls made it seem sacred.  It still has that feel to it. 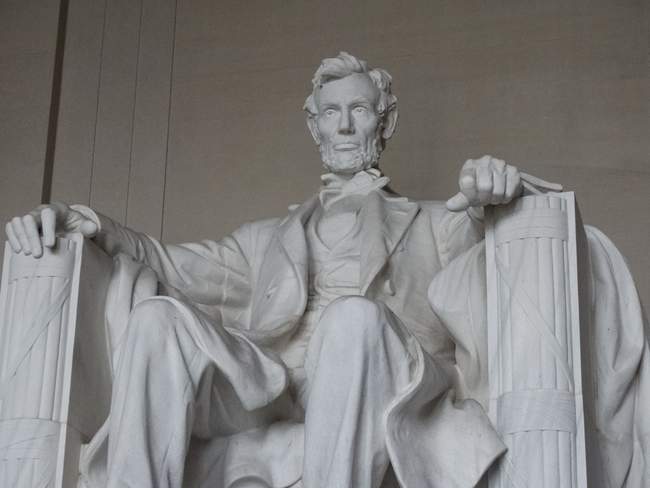 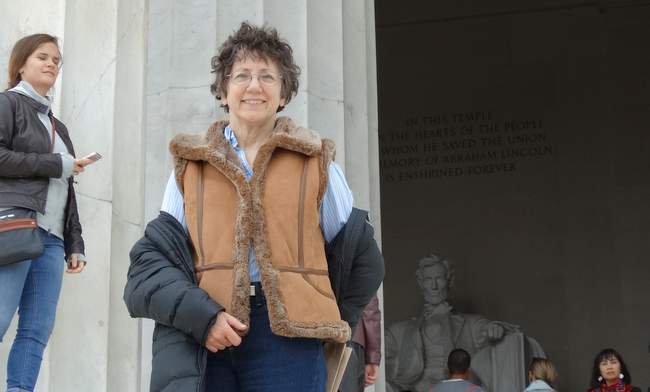 Me on the steps where King gave his speech. 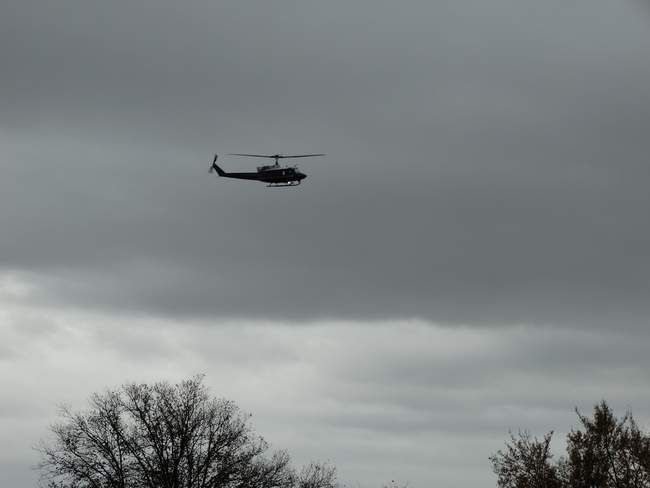 The whole time we were on the Mall, helicopters kept patrolling the area. 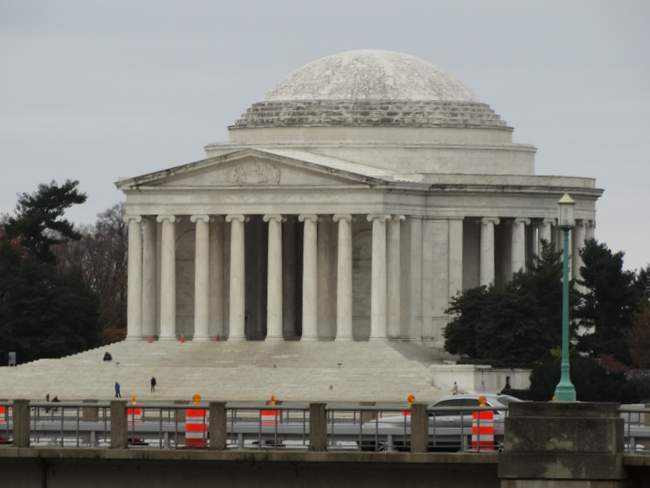 We got a distant view of the Jefferson Memorial, but maybe we’ll see it closer another day.

It took us longer than I had anticipated to just walk around this end of the Mall.  We had another appointment to keep.  I was finally to meet the other Denise Michelle Fuller in person!

For those of you unfamiliar with the story, about a year and a half ago I got an email from someone who said, “Every once in a while I google my name to see who is impersonating me…”  Not only do we share the exact same name, but we discovered we were both Christians, and a beautiful friendship has grown out of the connection.

We found her address and parked, but we weren’t sure how to get into her building.  We walked around the end of the building and turned the corner.  She saw Mark’s cowboy hat first, and then she saw me.  We hugged and hugged each other. 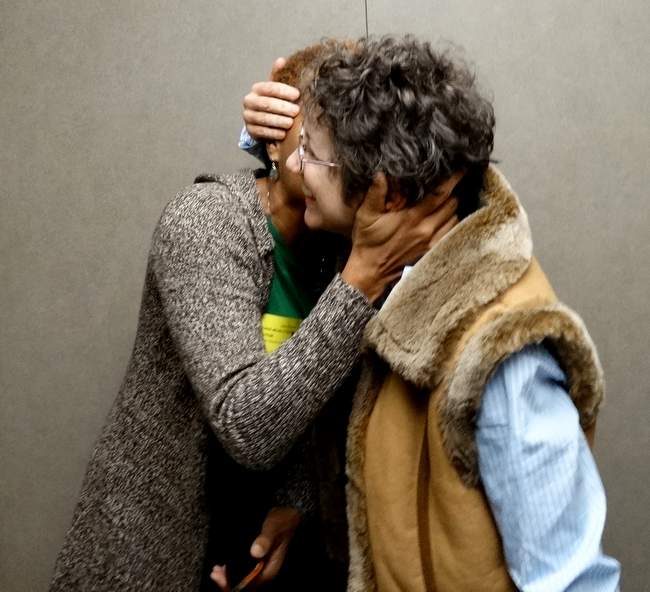 Hugging an old friend on our first meeting 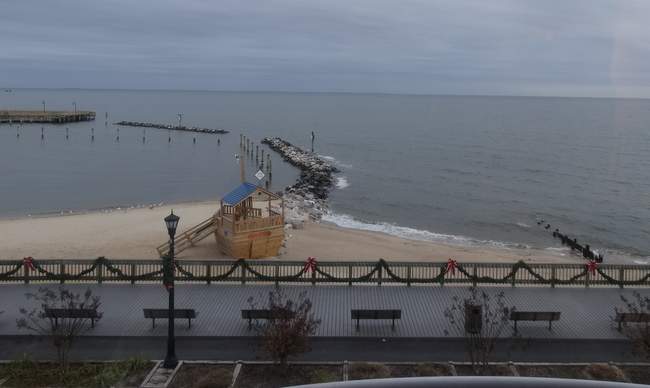 I have seen this view from her window many times in videos she makes and sends to me.

Denise lives in a condo on Chesapeake Bay.  You can hear the tide from her living room.  She gave me a tour of her place.  Every wall, every mirror, even her front door is covered with praise, prayer, and words she has gotten from God.  She has surrounded herself with His presence.  We talked, and the more we talked, the more we found we had in common.  We are still learning about each other.  I have always told Mark there is no other woman like me, but now I have to amend that because the other Denise Fuller is quite like me. 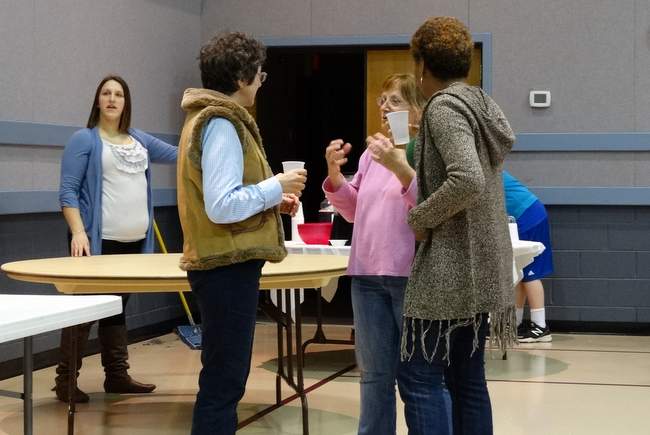 Denise took Mark and me to a dinner at her church and I think she introduced me to everyone in the room as her twin! 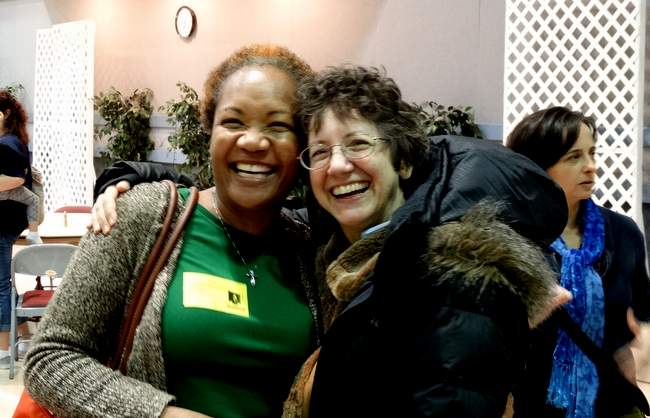 Even our smiles match!

After dinner, Mark went out to the truck to study and Denise and I went to a Bible study led by her former pastor.  He started with the passage from 1 John 5:16-21 where it speaks of sin that doesn’t lead to death and sin that does lead to death.  It was encouraging and so good to have that spiritual time with “Neicy”.  God must have a sense of humor to have made two of us and brought us together!

1 thought on “Places to go, things to do, people to see!”