I had birthday greetings from many of you and I got cards from some of you.  Thank you to all of you!

Yesterday (my birthday), Mark was invited to attend the Campground Owner’s Association meeting and he was first on their agenda.  He had an opportunity to talk with them about who he is and what he has to offer them.  He was also given a membership packet for the Door County Tourism Association.  He felt it was a productive way to get more exposure for his business.

He also had a number of customers he worked with yesterday and toward evening he had to tell a couple he was helping that he had to go because it was his wife’s birthday.  I had been home all day working on things around the house.  When he got home he took me out to dinner.  That was not such an easy thing to do because the first several places I thought I might like to eat weren’t open yet.  This is still early in the tourist season.  But we finally got in at a Mexican restaurant on the waterfront in Sister Bay.

Mark told our waitress as soon as she came over that it was my birthday.  I ordered a couple tacos and when our food was ready, our waitress grabbed another waitress and put a candle in my refried beans and the two of them sang Happy Birthday to me.  We left a good tip for our waitress!

Not only was dinner good, but I was able to watch the sun go down over Green Bay.  When we left the restaurant, we walked over to the wharf to take pictures.  We had to fight the lake flies, but as I told Mark, better the lake flies than the mosquitoes.  They come after the lake flies die out.  Mark took these pictures: 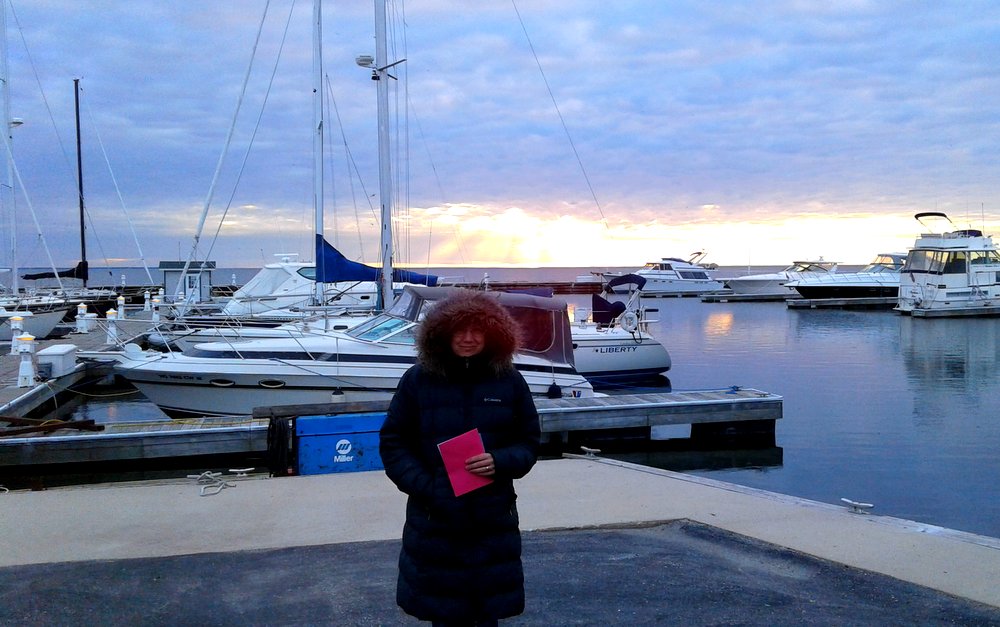 I had to smile with my mouth closed to keep the bugs out. I’m holding the birthday cards I had saved to open at dinner. 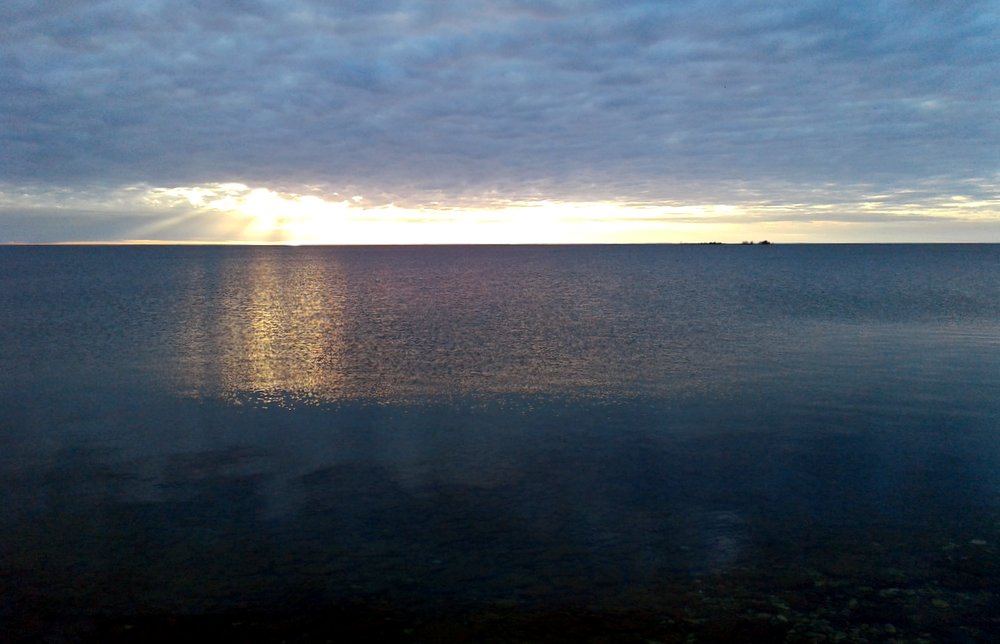 This was God’s gift to me!

Today I spent most of the day kind of being lazy.  It’s my last day before I start my job.  Mark worked hard enough for the both of us.

I had a call from my pastor, Nancy Bontempo, today.  When we attended Friends Community Church a week and a half ago, she mentioned from the pulpit that she was sick and might cough during her sermon.  She has been on antibiotics for about two weeks now and she still sounds horrible.  She is worn down and her immunity seems to be low.  Please pray that God will heal her and give her rest.  She needs to be well if she is going to do her best at ministering.