Mark had an appointment in Green Bay yesterday so we made the nearly two hour trip there for the day.  He had started fasting after 7:00 the previous night and his appointment wasn’t set till 12:30 so we were hoping he could have the lab work done early, but no such luck at this VA.  By the time he finally got to eat it was about 2:30!  At least we got some errands done before his appointment since we were in “the big city” so early.

Here are some pictures I took on the way there and back: 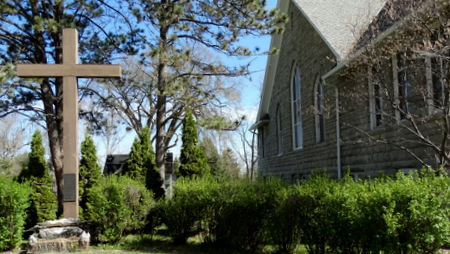 This is the Friends church I spoke of previously, and the Old Rugged Cross memorial next to it. 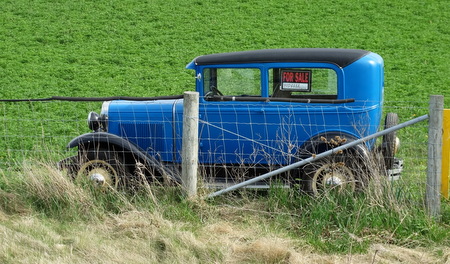 Mark did a U turn on the highway and stopped to look at this car for sale in someone’s pasture. 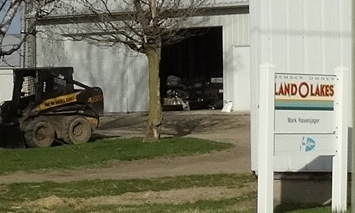 I forgot to mention that we are in the Land O Lakes area. You see these signs in front of some of the farms. 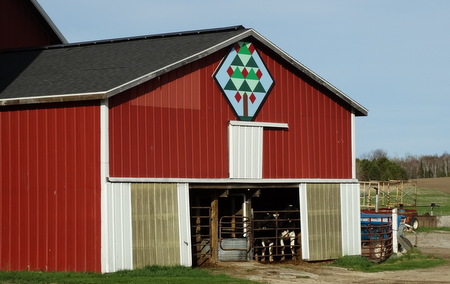 I mentioned the hex signs before. Here’s another… 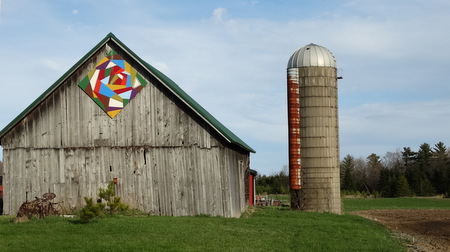 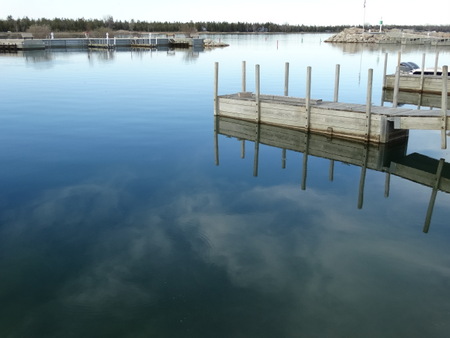 We stopped at Bailey’s Harbor in honor of my daughter-in-law and I got this picture.