I think I mentioned a couple days ago that Mark was coming down with a cold.  I’ve been trying to doctor him up, but it’s taking its course.  This morning before we left Burley, Idaho, Mark went into Walmart and got himself some appropriate gear for the outdoors… 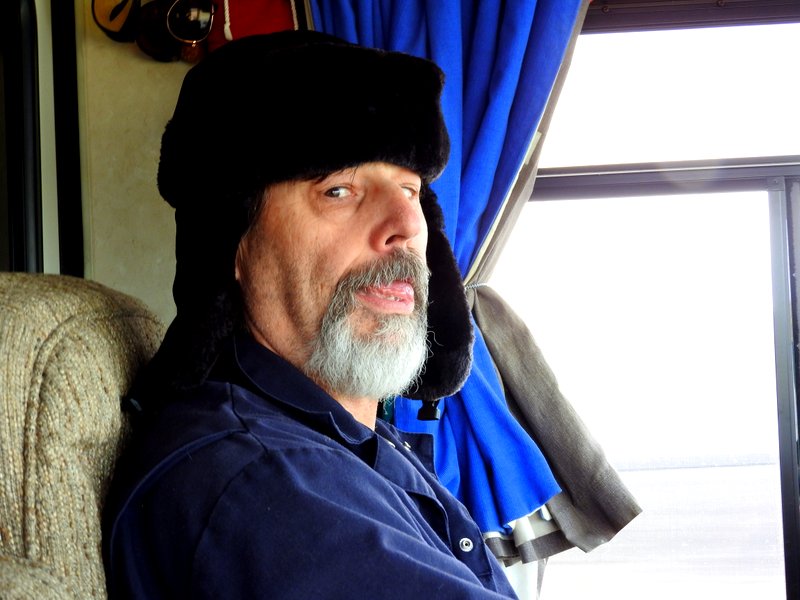 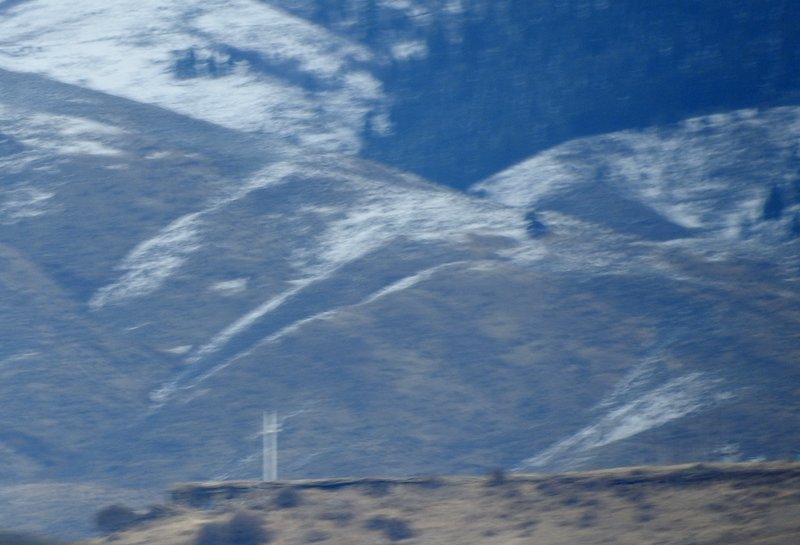 White cross on a plateau.  Those are mountains behind it.

Excuse the poor shot, but I was using a long telephoto in a bumpy RV.  The reason I took this shot was because Mark told me to look for the white cross on the plateau over Boise, Idaho.  I could barely see it.  Mark told me why he looks for it when he goes through Boise.  When Mark was young, his family moved to Idaho when his father was transferred there.  Mark says that this cross is lit up at night, and it was especially nice to see it when it was snowing.  I imagine it was a beacon for Boise, and it’s still there after all these years.  Mark was happy to see that.

We stopped at a truck stop in Caldwell, Idaho for gas.  We were both feeling so grungy we paid to take a shower at the truck stop.  Afterward, we splurged one more time and ate a late lunch at the Denny’s there.  In retrospect, perhaps we should have made a sandwich and hit the road. 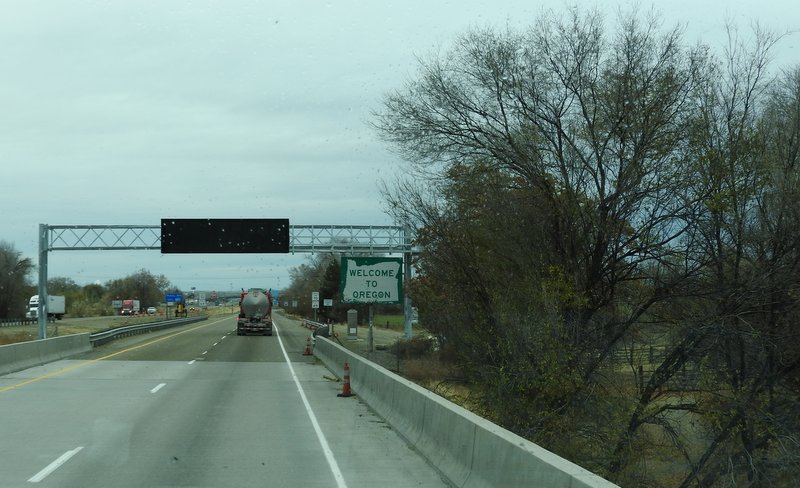 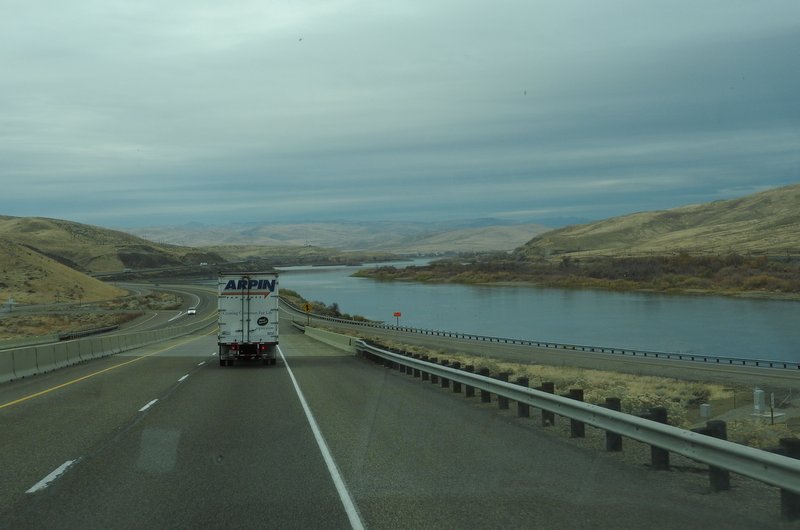 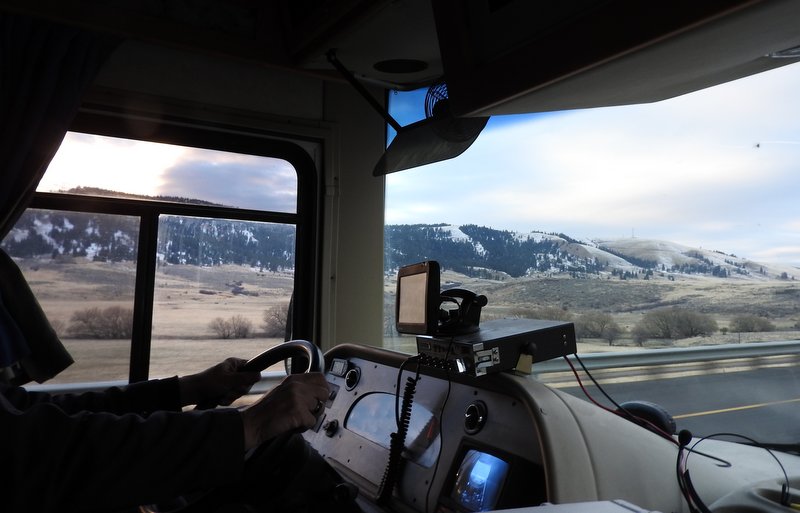 Coming into the foothills of the Blue Mountains 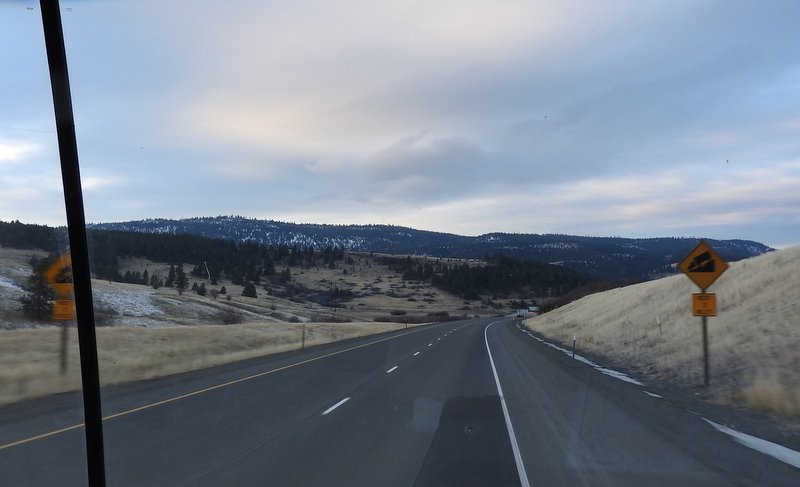 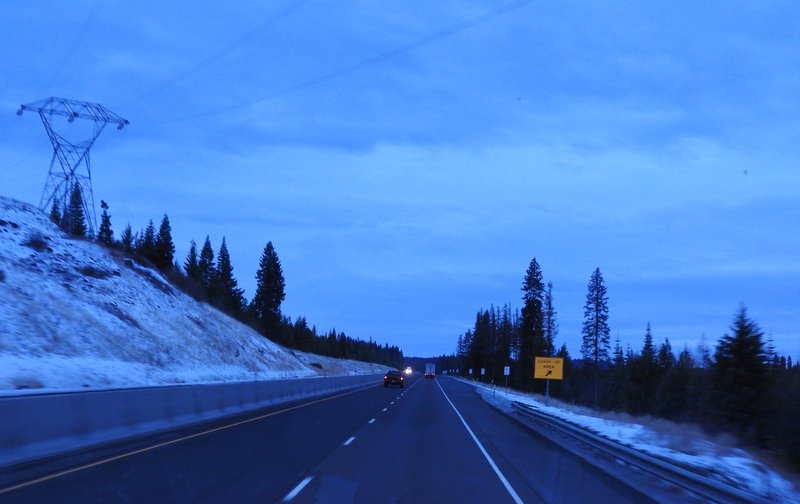 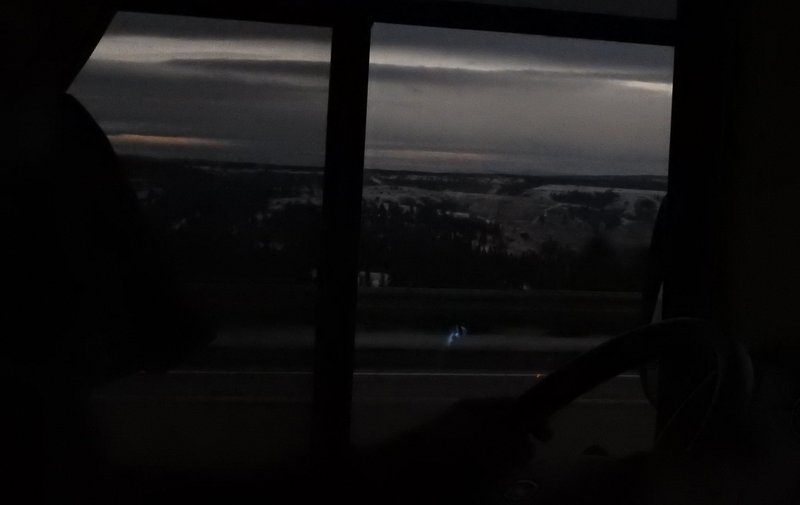 You can see we were up fairly high

Mark stopped at a pull over to turn on the four-way flashers on the pickup truck behind us.  In less than a quarter mile after we got back on the highway, we saw a sign that said visibility ahead was five hundred feet.  Shortly after, we got into a fog. 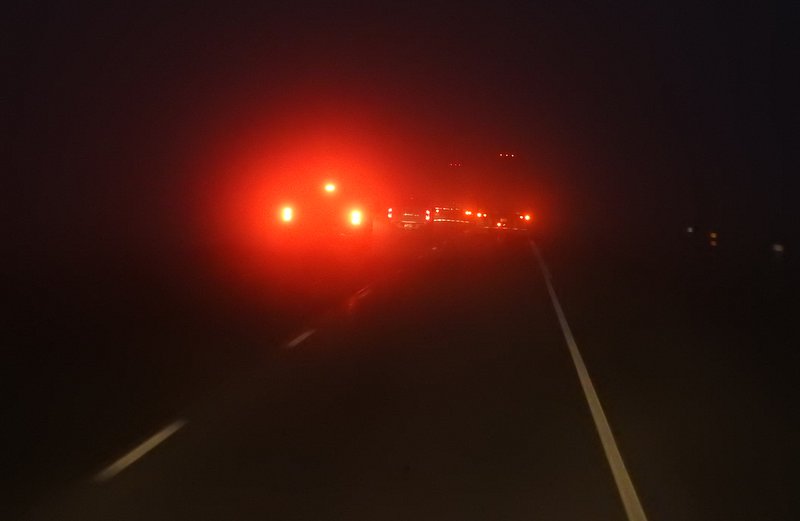 We were enveloped in thick fog and all the vehicles ahead of us were going slowly with their flashers on.

It was bad enough that we were coming down the steep slopes on the west side of the Blue Mountains, but in fog and in the dark it was harrowing.  I looked at Mark and he was white-knuckling it.  I am so fortunate to have a husband with a long-haul trucking background.  He and God got us down out of the mountains safely. 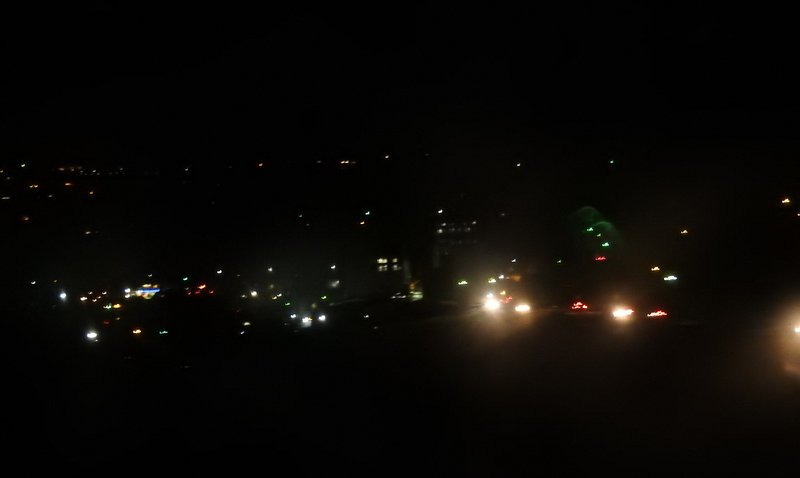 We were relieved to see the lights of Pendleton and find our Walmart for the night!

For those of you who have been praying for our safety on this trip, our deepest gratitude.  Your prayers were certainly answered tonight!