We got farther than anticipated today.  Mark was able to drive about seven and a half hours, but with stops it was over a nine hour day.  He thought about pushing even farther, but by the time we got to Omaha the sun had set so we stopped.  We’re making up for lost time! 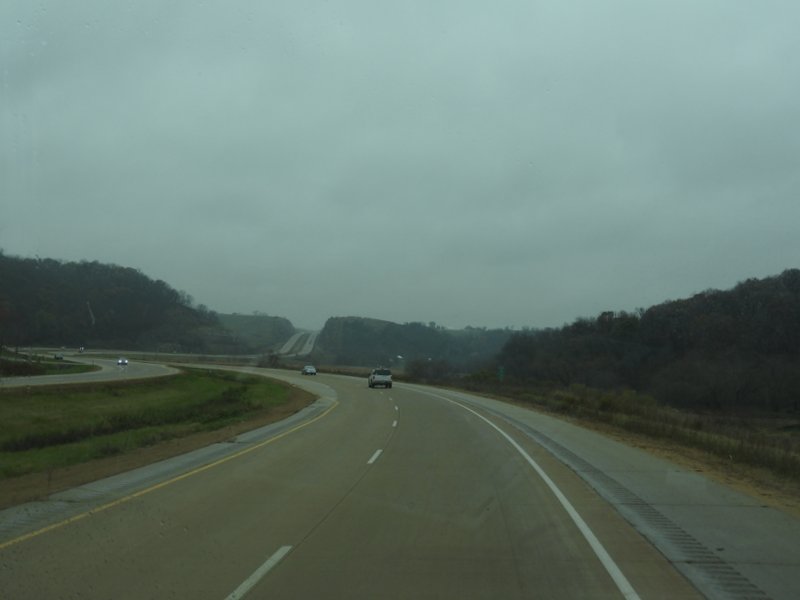 We left Madison under a thick cloud of fog around 9:30 this morning. 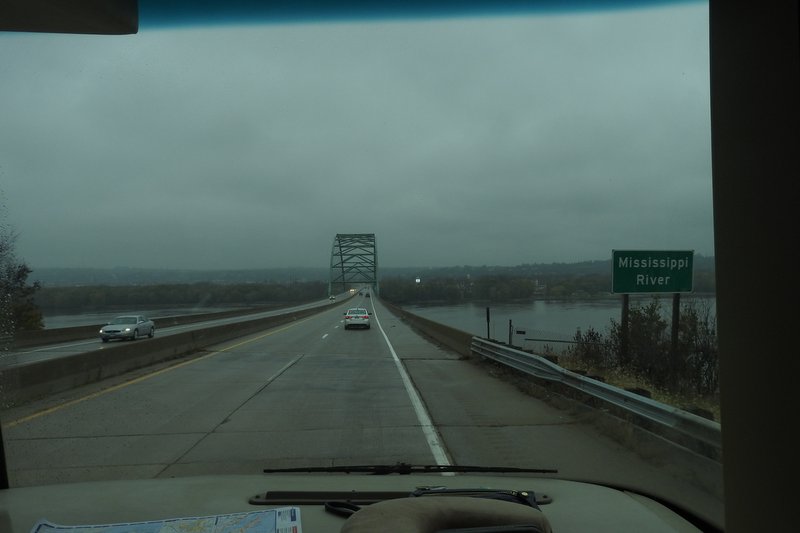 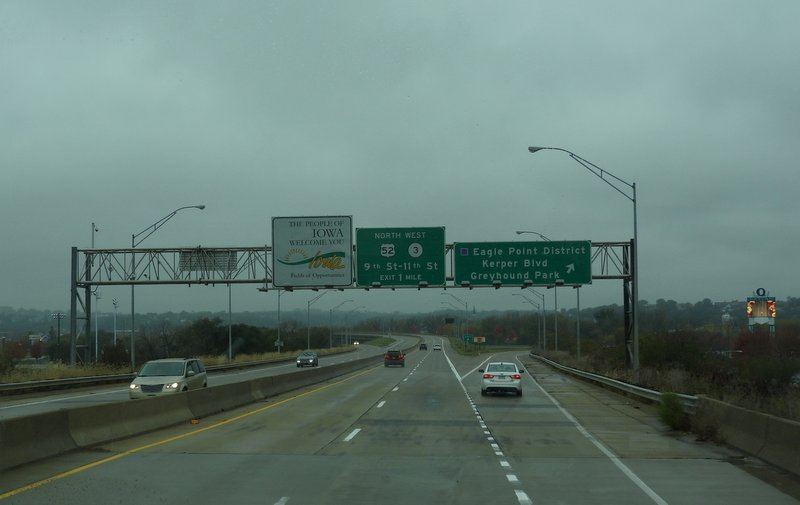 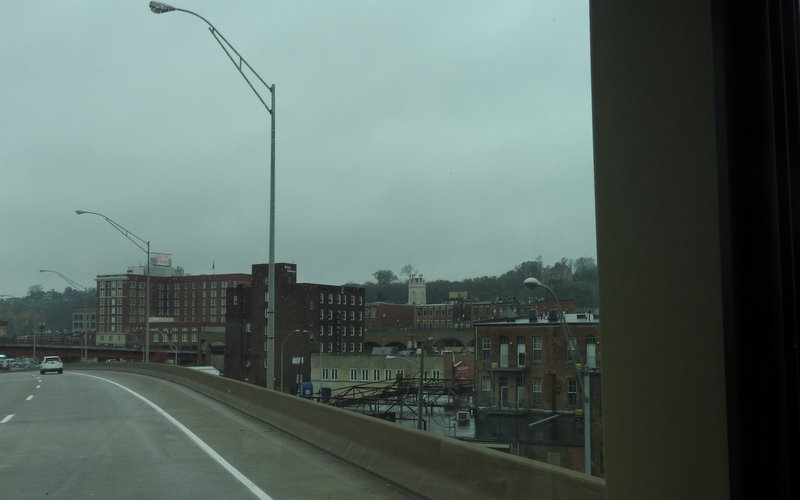 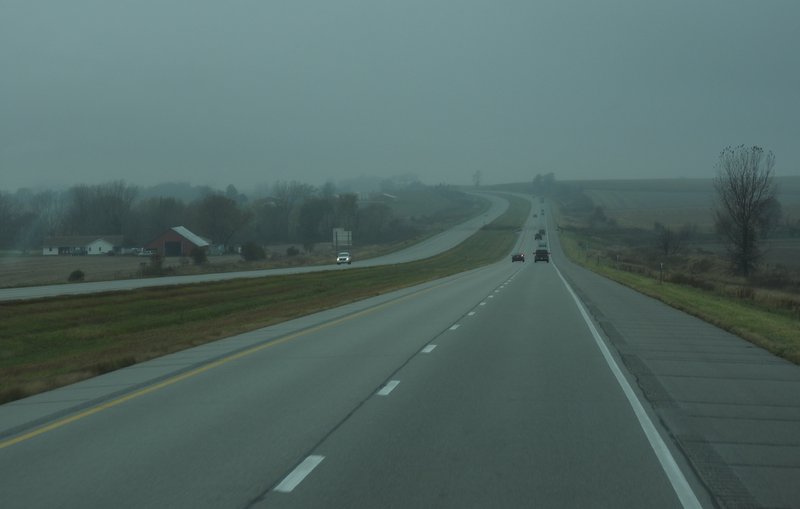 Couldn’t seem to get out from under the clouds 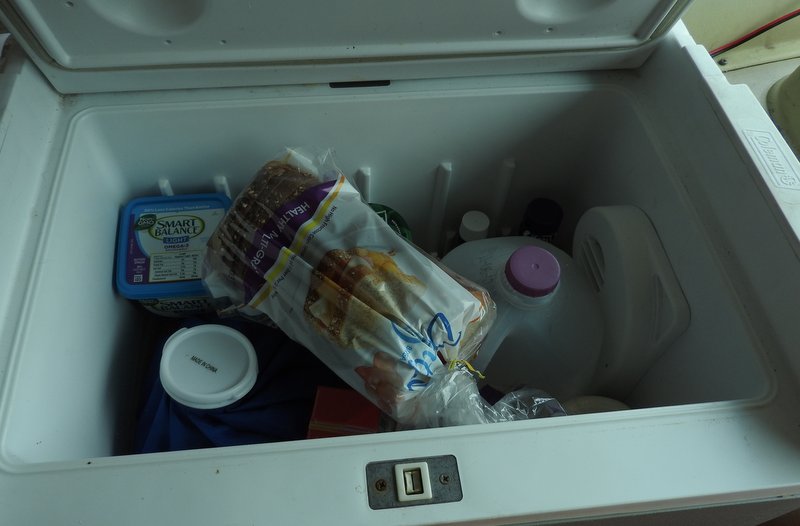 Ah! Here’s a story to tell… 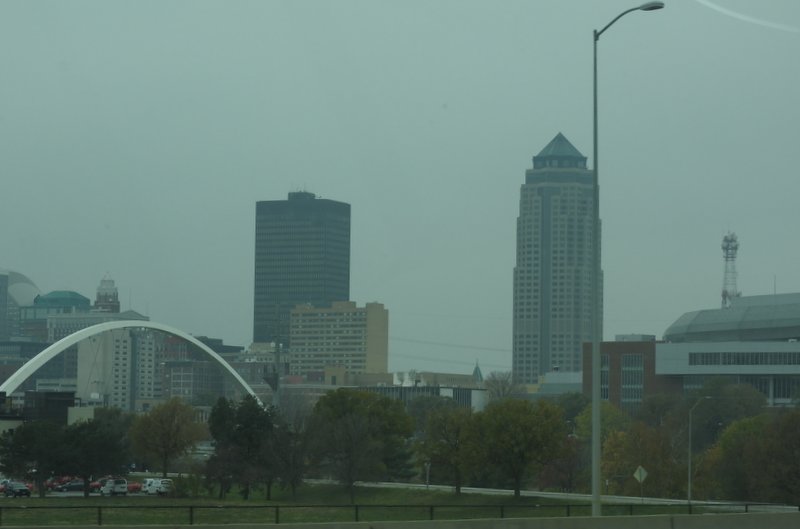 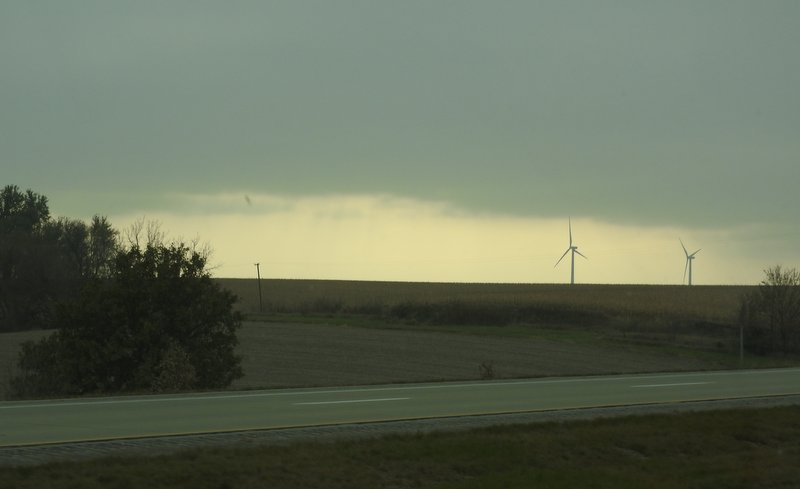 Some brightness in the sky to the south of us 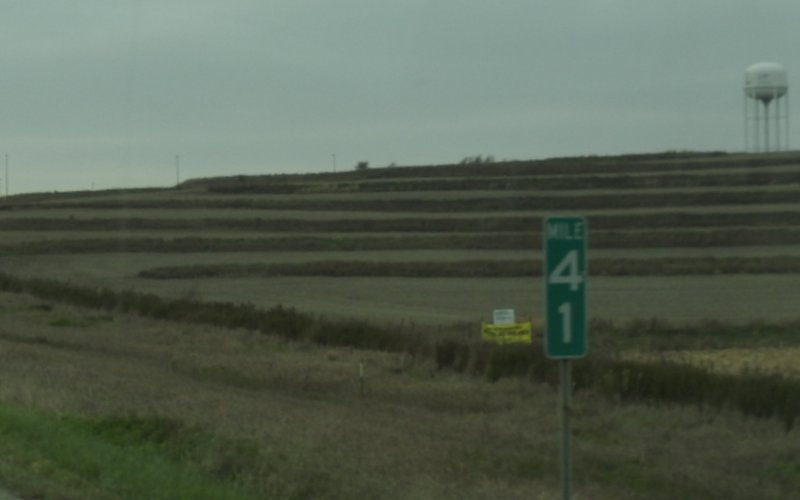 Plateau farming in the hills 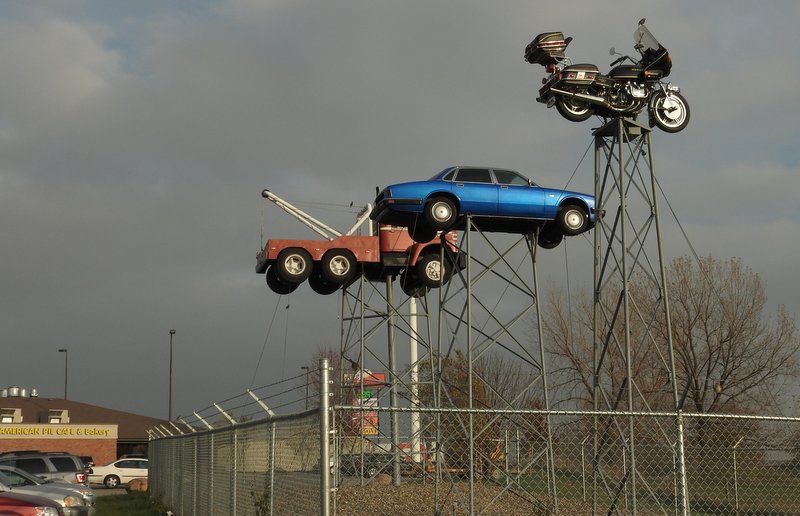 We stopped at a truck stop before leaving Iowa. 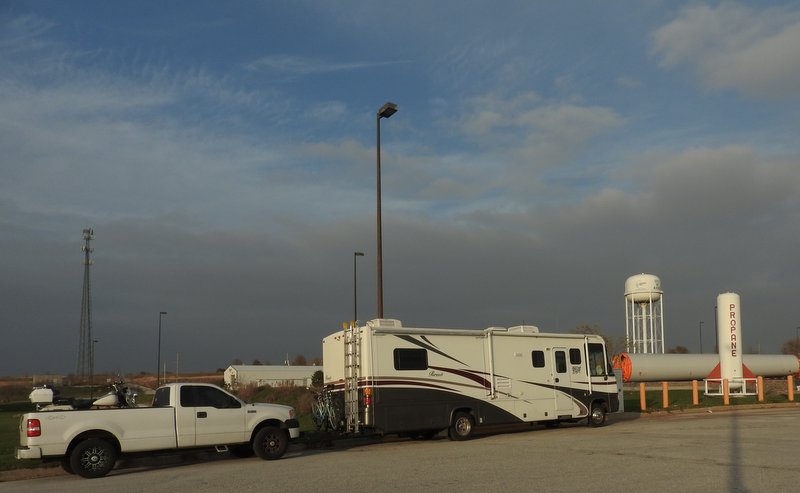 For one thing, our gray and black tanks needed dumping. Note the blue sky peaking through! 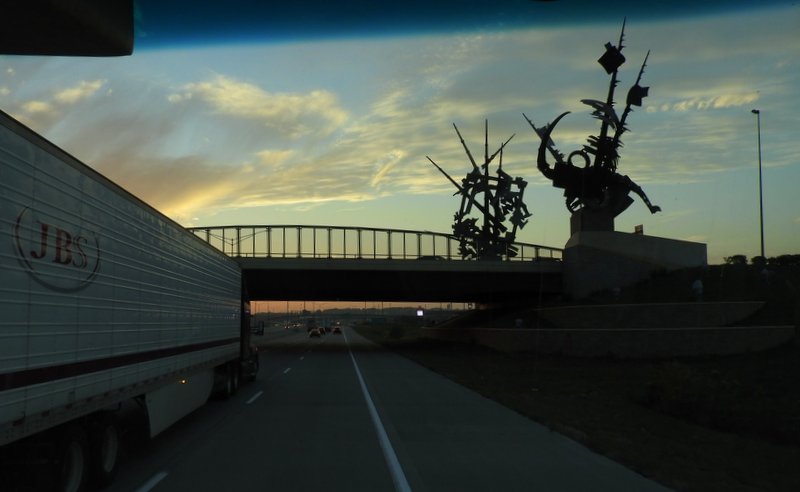 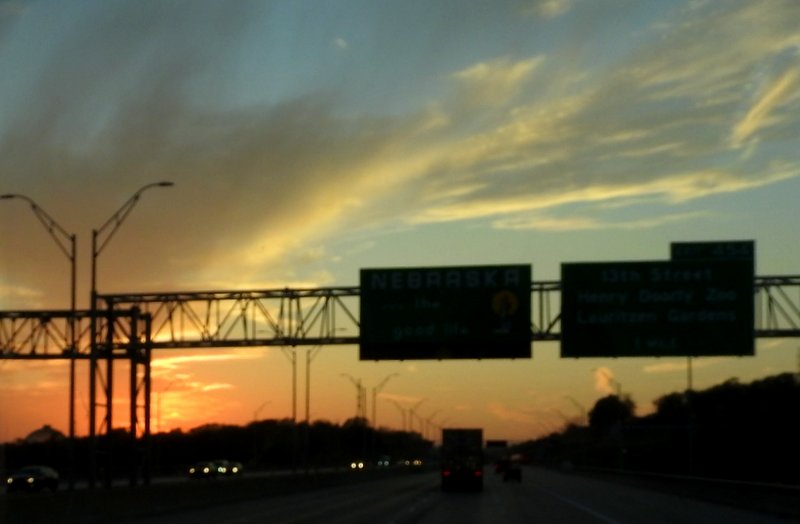 The elusive sun was setting as we crossed into Nebraska. 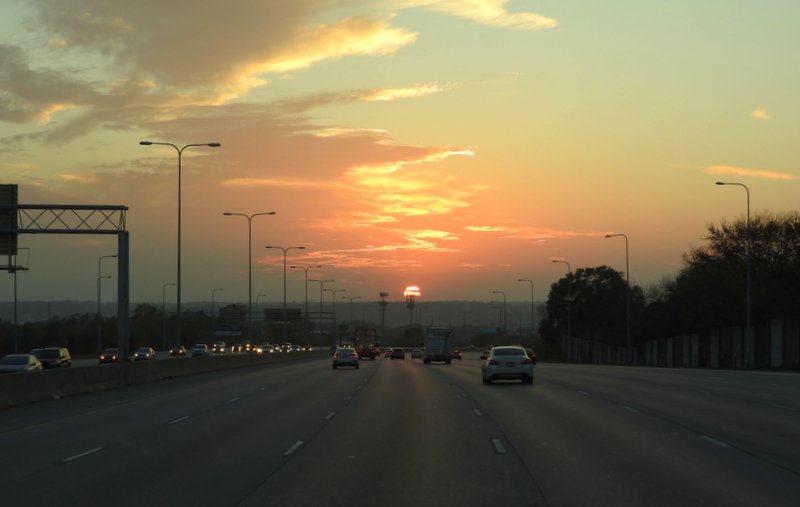 Almost our first and last glimpse of the sun for the day. 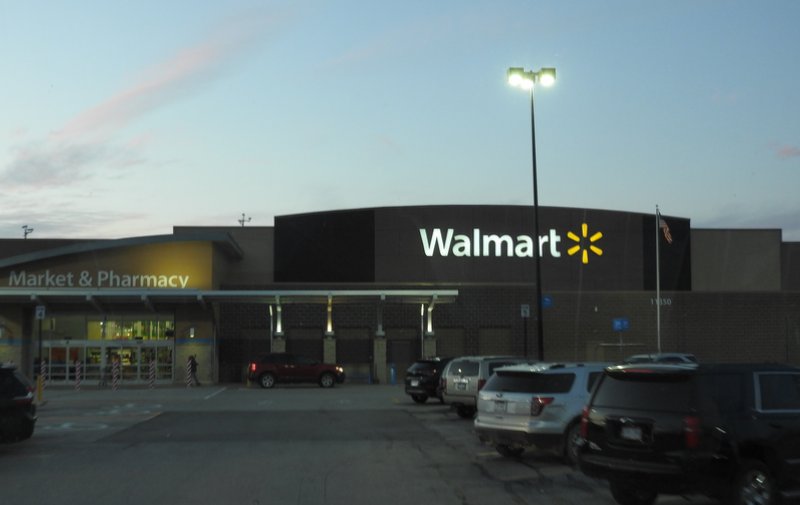 Our campground for the night

After last night, we have learned to call ahead to be sure that the Walmart we are aiming for will take overnight campers.  Mark traveled from Walmart to Walmart last winter and liked it.  I’m not used to camping night after night at Walmart, but at least it’s saving us some money.