Tonight we are staying in a cabin on Falster Farm (http://falsterfarm.com/).  We had to leave our RV out on the road for the night.  I’ll explain later.

In an attempt to avoid a long toll road with three tolls on it, we zig-zagged our way down Oklahoma.  We left Bartlesville and headed south through Tulsa, and down to I-40.  At I-40 we turned east to Checotah.  Then, as though we were drawing a large Z, we swung southwesterly to Atoka.  The bottom part of the Z was to Antlers.  From there we went south and then east toward Hugo, and finally we headed due south across the border through Paris, TX toward Sulpher Springs.  At Sulpher Springs we headed southeast to Winnsboro.  I meant to take a picture of the markings on my atlas for all this, but my atlas is out in the RV and I don’t want to go back out there tonight. 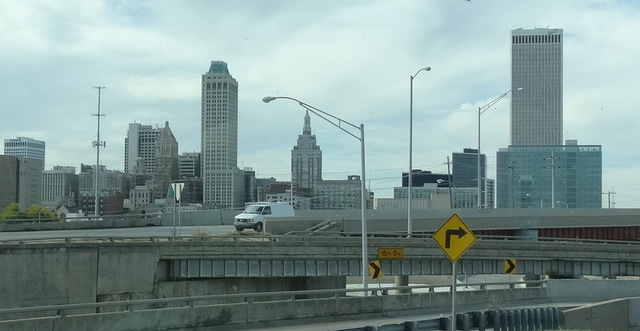 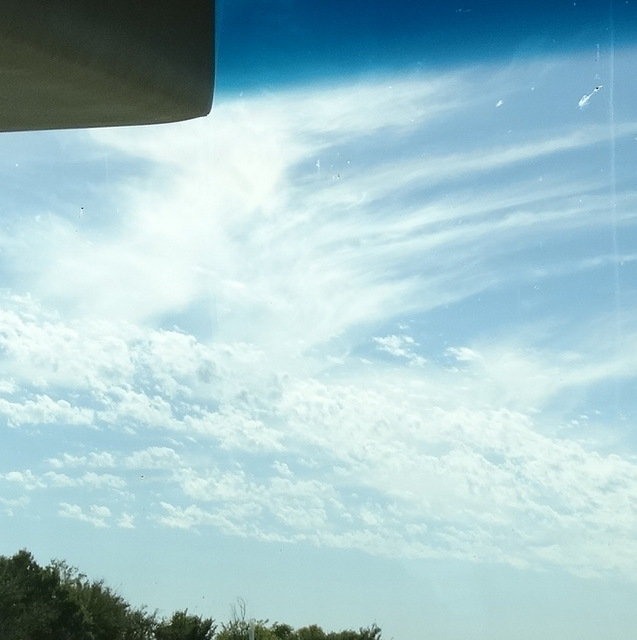 By the time we got to Winnsboro and were trying to read our directions to Falster Farm it was getting dark.  We were driving on county roads the size of a long driveway.  I called Karl Falster right before our final turn so he knew to be watching for us.  He was out in the pasture trying to mend a fence that his horse had knocked down so he could see us coming.  He tried to explain to us where to go, but in the dark we couldn’t see what was very far ahead of us.  He finally told us to stay put and either he or his wife, Nancy, would come and help us.  First we saw a white dog coming toward us, then a black dog.  Then we could barely make out a cowboy hat coming our way through the pasture, and on the other side of the road we saw Nancy on her bicycle.  After looking over our setup, they decided it would be best for us to park in the grass on the side of the road for tonight and use their cabin. 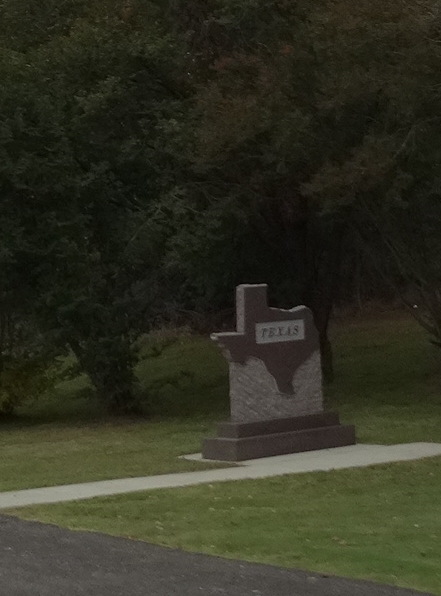 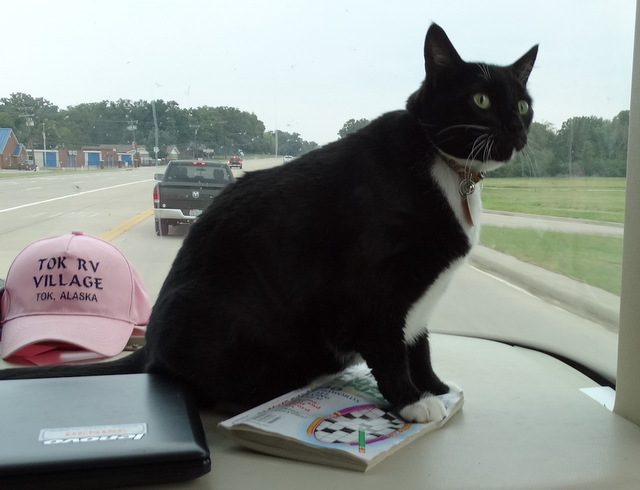 Under the watchful eye of Dobby!

Nancy and Mark and I followed Karl out into the pasture to “help” him restring the fence.  There wasn’t much any of us could do, but Nancy explained to us what happened.  The fence looks like it’s made of string, but inside the string is an electric wire.  Normally their horse, Folger, wouldn’t go near the fence, but across the street is a mare in heat.  Folger ran through the electric fence to try to get to her.  They got Folger back in his pasture, but the fence had to be mended tonight to keep their cows from getting into the area where they are growing clover and oats and, I think, hay.  Can’t let a little thing like darkness keep you from protecting what needs protecting on a farm!

Nancy was in the process of making dinner for us all, so I went back to the house with her to help there.  Mark stayed with Karl till he had the job done.

Nearly everything we had for dinner tonight was grown on their farm.  Nancy made a casserole with beef and pork and pork broth and some potatoes.  She had spinach and swiss chard for vegetables.  She also had some uncooked sauer kraut which Mark ate but I passed on.  We had raw milk to drink.

As we ate, Nancy and Karl explained their diet to us.  I think Nancy said they eat about 80% fats, and whenever Karl is in a great deal of pain he knows he needs more cholesterol.  This goes against the grain of everything I’ve ever heard, which is why I only asked for half a glass of milk.  They told us their story.

Karl is a vet; one of those who got poisoned by Agent Orange.  He had a $300,000 a year career in business and then it all came crashing down around his ears when he discovered he had PTSD.  He had to give up his career and I guess Nancy convinced him to go into organic farming.  She did a lot of research and developed cooking techniques to help Karl regain his health.

In fact, about six years ago Karl had a heart attack, but not your usual kind of heart attack.  There was a sort of cut on the outer wall of a blood vessel, so the doctors put a stint around it to protect it.  The stint turned out to be a little short, so five years later the unprotected part of the cut blood vessel burst.  It felt like a heart attack and Nancy was afraid maybe the diet she’d developed for him wasn’t as good as she thought, but the doctor who had operated on him told him that there was absolutely no plaque built up in his arteries.  He was clean as a whistle!

That didn’t prevent them from sending him to a dietician who recommended against everything Nancy has been feeding him, but they have an alternative doctor who helped them figure out which of the heart meds Karl didn’t really need and told them to keep doing what they’re doing.

This thing with the pain that Karl experiences is in his joints and bones.  He was in so much pain that the doctors wanted to replace both his knees and fuse the bones in his feet.  They didn’t hold out a lot of hope for him to be able to walk.  Instead, whenever his pain flares up he gets as much of whatever kind of cholesterol he can get.  Also, Nancy roasts the bones of cows, pigs, chickens and fish and makes broth out of them.  She cooks with the broth whenever he starts having joint pain.  I guess it lubricates his joints.

After dinner, Karl gave Mark a lantern and Karl brought his flashlight and showed us how to get to the cabin out back.  He gave us a whole tour of the cow pen, the baby chicks and baby ducks, and the property on our way out to the cabin.  He was telling us about what kinds of work he needs help with tomorrow.  It’s going to be a full day!