This morning we left Bozeman KOA at 10:30.  This was the last day of our journey for this job and we were both in a better mood in spite of difficulties sleeping last night.

I took a shot of Bozeman as we left: 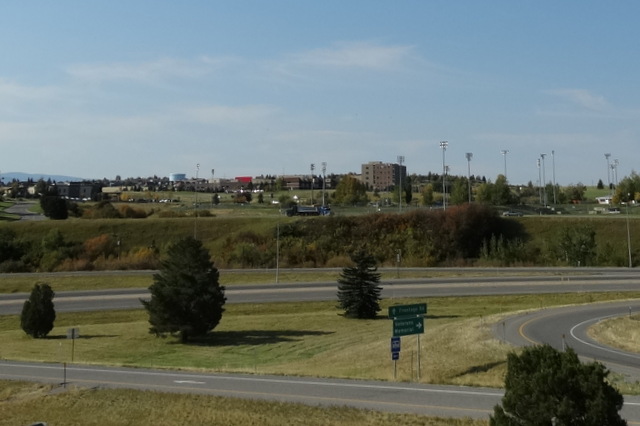 Around 11:00 we crossed a bridge over the Yellowstone River.  I spent some time looking at my atlas to see where the river originates and where it ends.  It appears to originate from Yellowstone Lake in the lower central portion of the park and terminate in the Missouri River just northeast of Sidney.  We followed the river all day. 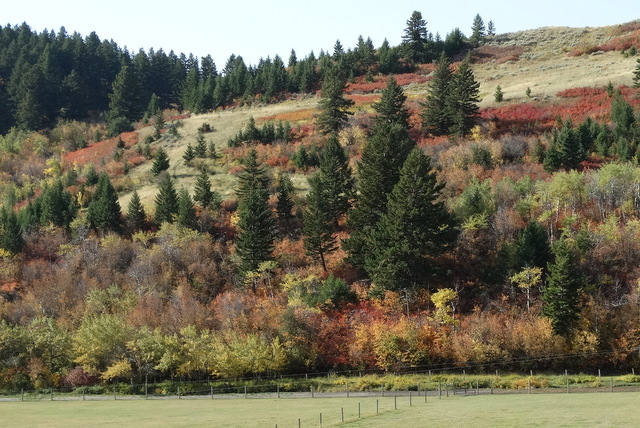 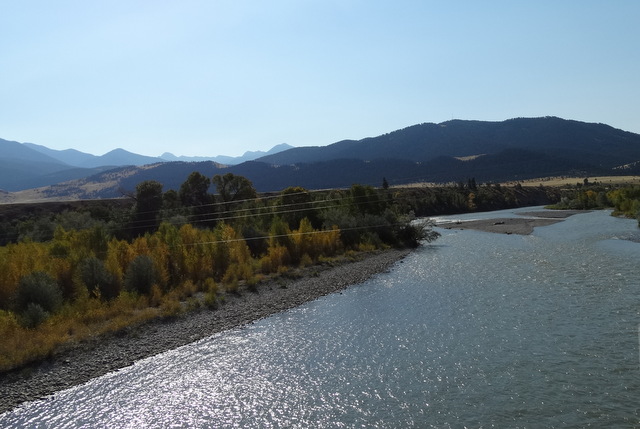 At noon we stopped at a rest stop and I got a kick out of their pet walk area.  They put a fire hydrant in the middle of it! 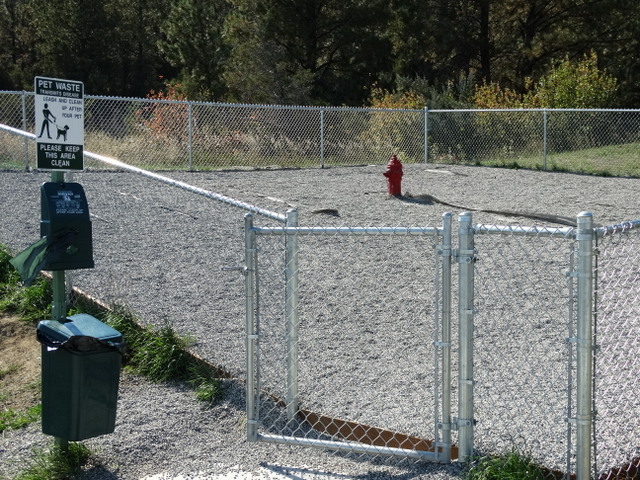 We made a stop at Bretz RV & Marine in Billings.  On the map we had gotten at KOA, Bretz had an ad that said they sell propane for 99 cents every day from March 1 through September 30.  Since we needed propane we thought we’d see what it would cost us to get this great deal.  They told us that all we had to do was sign up for their free club to receive monthly e-mails and we’d get the great price on propane as a thank you.  It seemed like a pretty good deal so we signed up.  We got 10.05 gallons of propane for $9.95.  Wow!

About 2:00 we left I-90 and began heading more northerly on I-94.  Soon thereafter, we got into flat, dry, ugly country and I went back to reading to Mark, which I mostly haven’t been doing on this trip from Alaska to Montana. 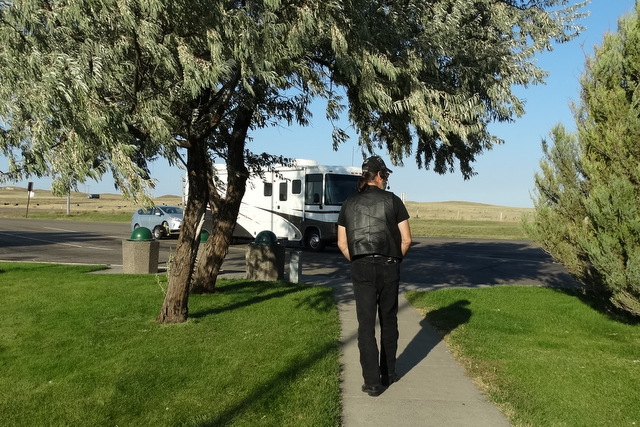 Mark at the afternoon rest stop 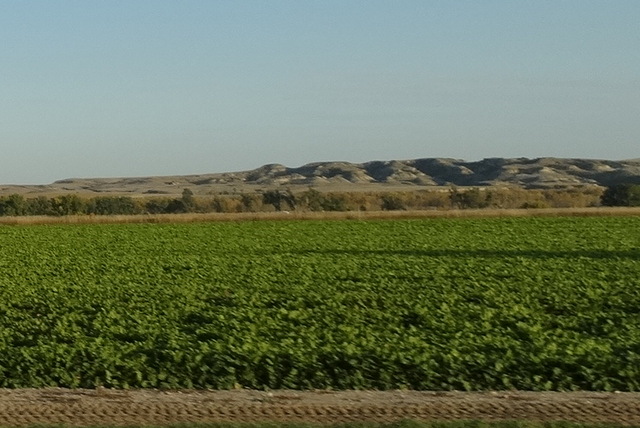 We stopped at a rest stop a few miles before Glendive.  I stopped reading at that point because it looked like things were beginning to look a little nicer.  We planned to stop for gas at Glendive where we would leave I-94 and take 16 to Sidney.  When we took the exit into Glendive, they had one gas station that didn’t have a tall enough canopy for us.  We weren’t sure if there’d be another gas station on the way to Sidney, but we found one in Savage.  While Mark was getting gas, a young couple commented on our “nice” RV and asked where we were going.  Friendly chatter.  Then the young woman got on the handlebars of the young man’s bike and off they went.  Nice folks! 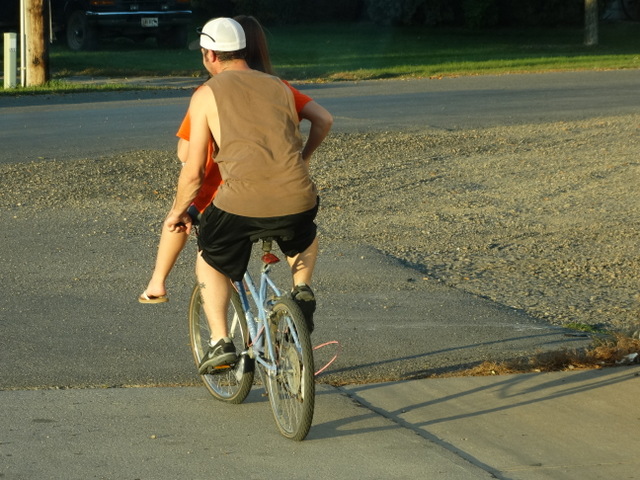 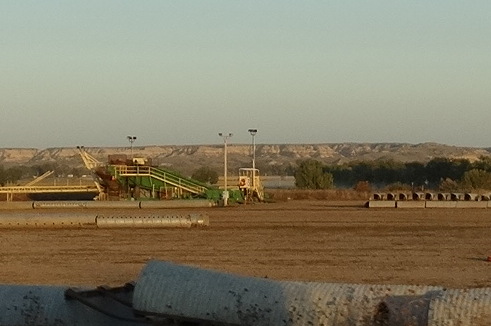 “Before” shot of where we think we’ll be working

We arrived in Sidney while the sun was going down.  It’s actually a bigger town than Gore, OK or Tok, AK.  I wasn’t sure what we’d find in the middle of farm country.  Our place is in the town fairgrounds.  The moment we arrived at the entrance, the camp hosts came out to greet us and show us where to park.  You can imagine that the fairgrounds aren’t set up as an RV park.  We have 30 amp electricity of our own, but we have to hook into a water hose that all the other RVs in our row use, so we can only use it to fill our tanks.  There’s no sewer hook-up but I guess twice a week someone will come around and drain our holding tanks.  All the mosquitos we were expecting in Alaska came here instead! 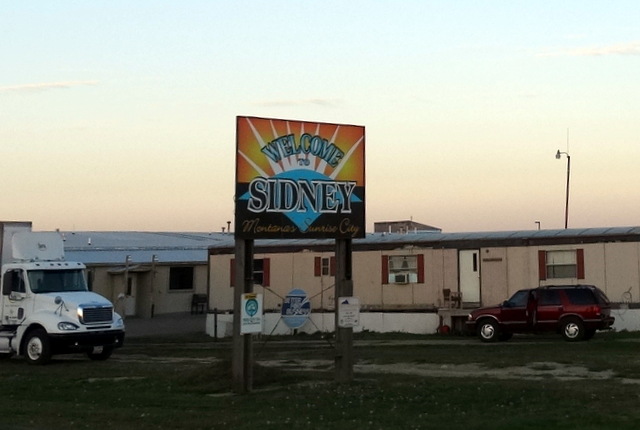 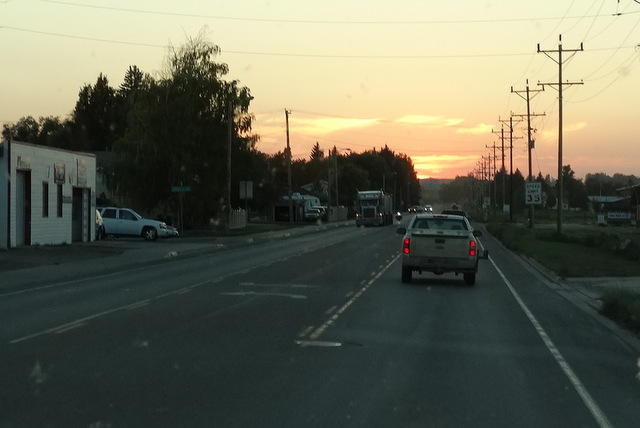 Sunset on our way to the fairgrounds

The camp host assigned us a place next to a couple who were just coming home from grocery shopping, and lo and behold, we know them!  They worked with us at Amazon last Christmas season in Nevada.  Small world!  We’re set up and hopefully we’ll have some time tomorrow to find the grocery store and post office and Laundromat.