There was a funny story from the train trip that I forgot to write about last night.  I mentioned the dinner Mom and I had in the dining car with the brother and sister who were retired librarians…

Mom had a glass of white wine with dinner.  She asked the waitress if she could take the remainder of her glass of wine back to our room and the waitress said she could.  We were walking through one of the coach cars where the lights were dimmed and people were trying to sleep when the train hit a big bump and Mom fell over into the laps of two young black men.  She apologized profusely and told them she had only had half a glass of wine.  Amazingly, she managed to keep the glass upright and not spill anything on them.  That night, when the lights were out, I could hear her chuckling to herself about the incident.  The young men had taken it quite well, but they were obviously amused to have a 90-year-old white woman fall into their laps!

This morning, we woke up in Wausau, WI and opened our curtain to see snow falling and building up.  Mark went out to the RV to take care of the critters, and he tried starting the RV but the battery was dead.  He had to unload the pickup and go get a jump start box to get the battery going again. 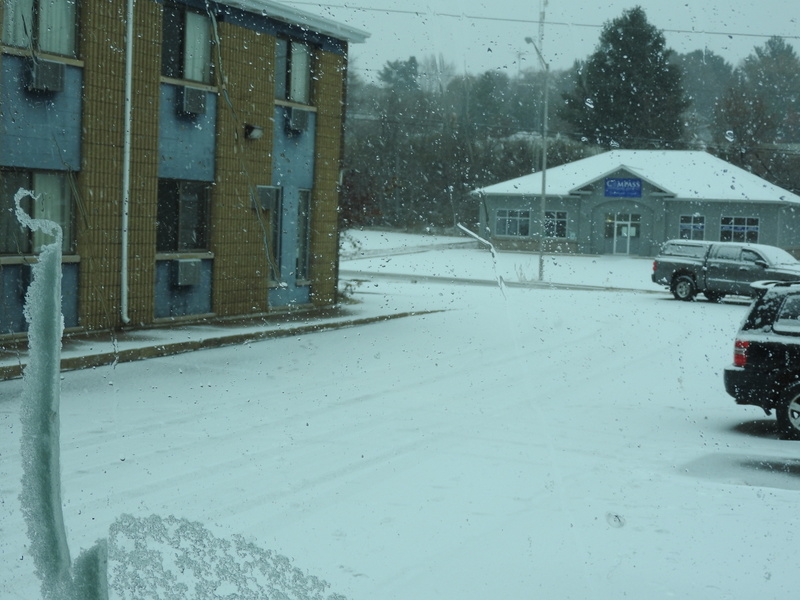 Starting our RV in the parking lot of Motel 6 Wausau 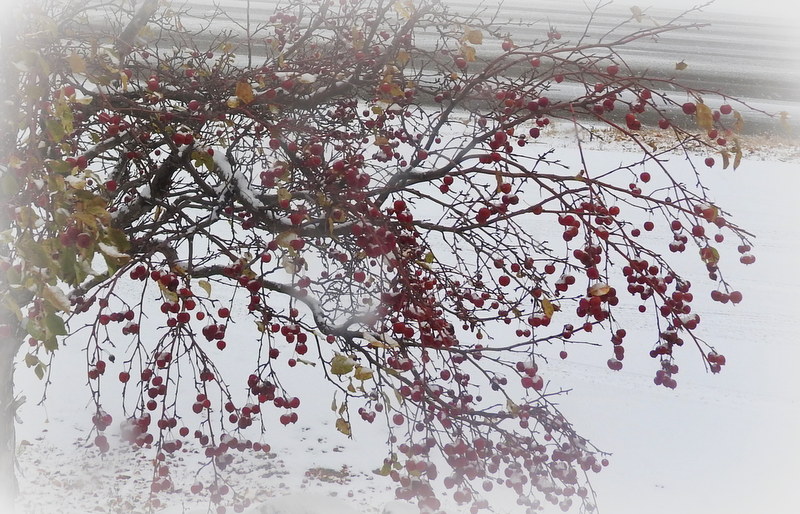 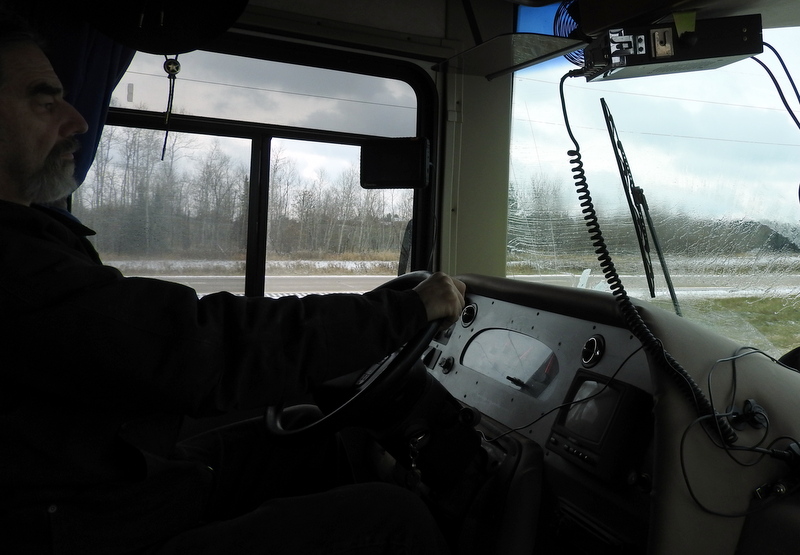 The windshield wipers must have frozen overnight because they weren’t doing any good at clearing off the windshield, so we had to stop and get a new set. 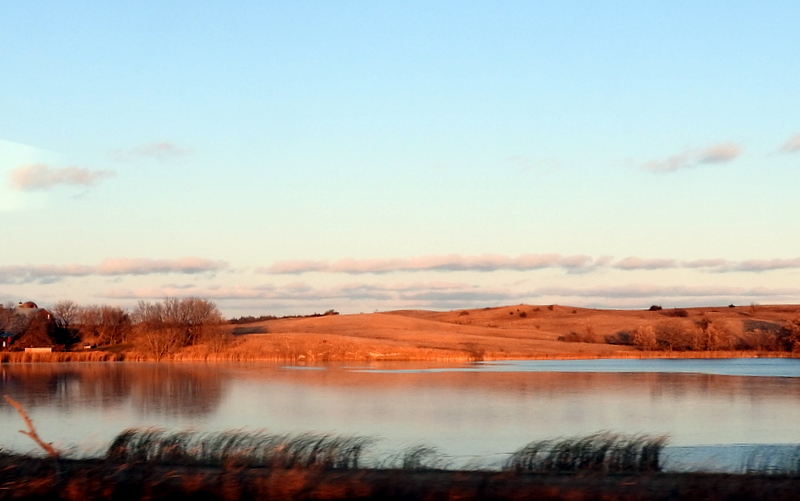 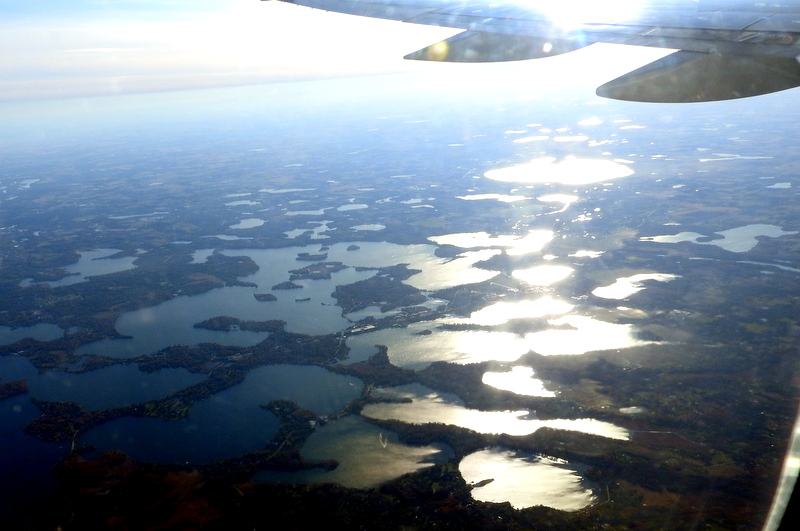 This was what it looked like from the air when I flew over last week. 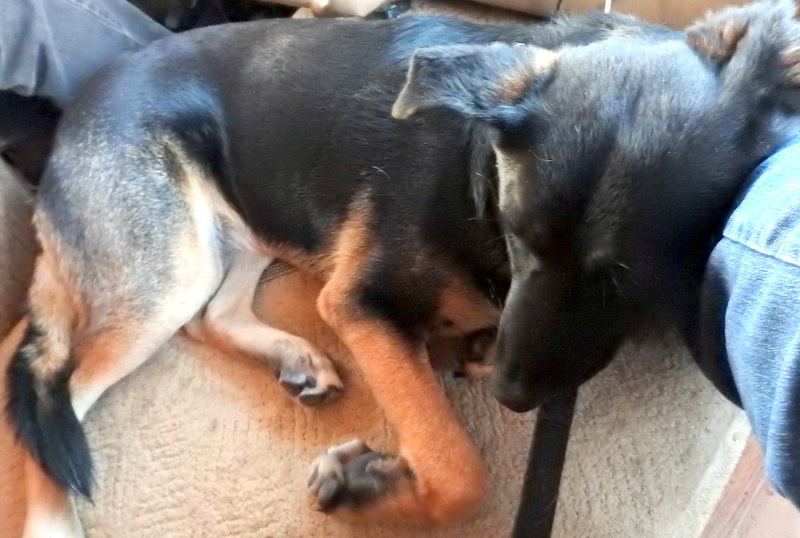 Tucson has taken to sleeping on the “doghouse” that covers the engine. I told Mom we should have named her Snoopy! 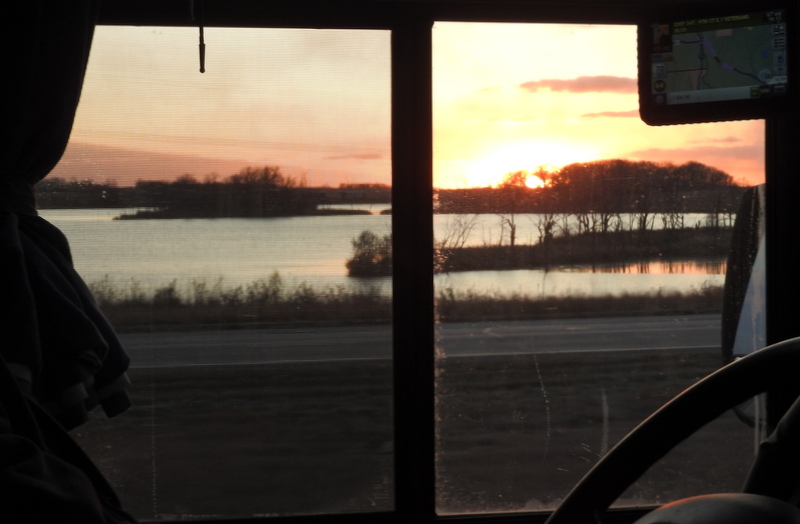 Sunset over another lake 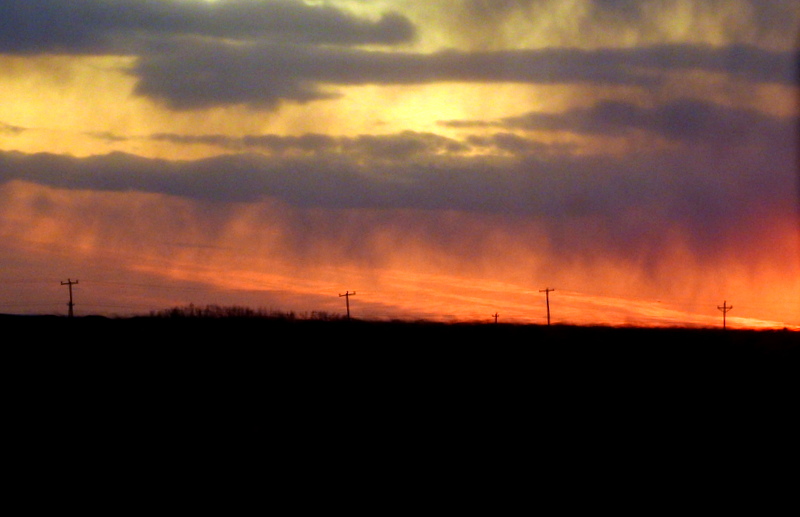 We could see rain falling in front of the sunset.

It was dark by the time we reached the border of North Dakota.  Fargo is right on the border and tonight we are staying in a Super 8 motel.  Mom was commenting that this will be her fourth time through North Dakota, but the first time she’ll get to see it in daylight.  Every other time has been on a train that traveled through North Dakota at night.  More tomorrow…