I don’t have a lot to report, but I do have a few pictures to share…

You’ve heard me talk about Tea Thyme.  The other day I took some promotional pictures there for Lynn and Karen, and I thought my friends and family might like to see one of the places I work: 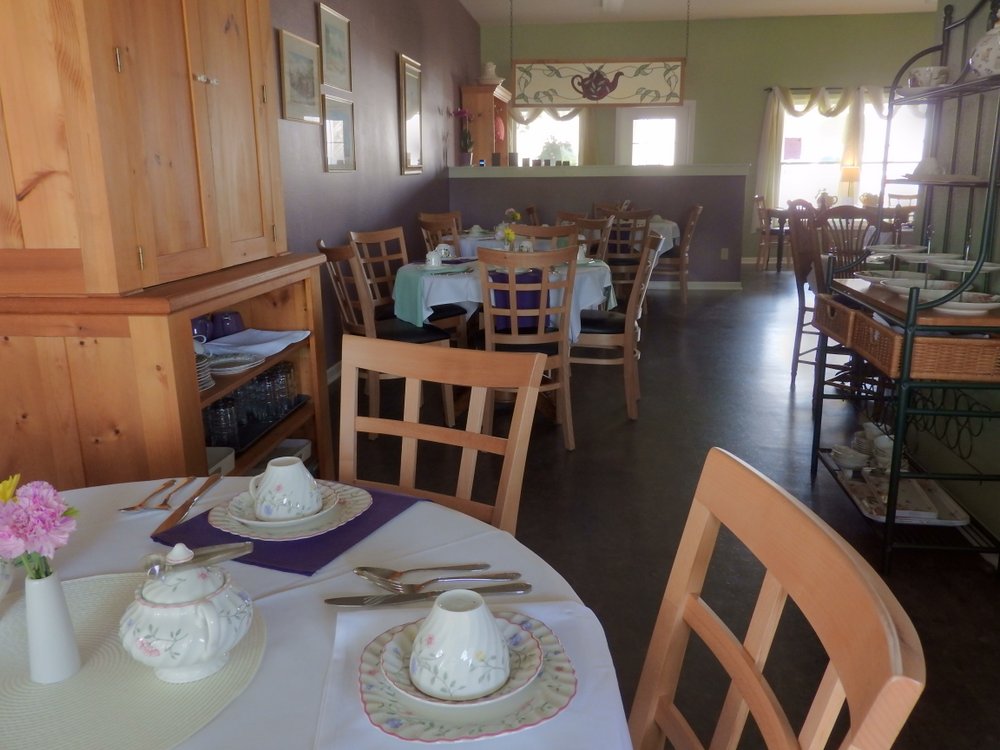 Each table has been given the name of a famous Brit… 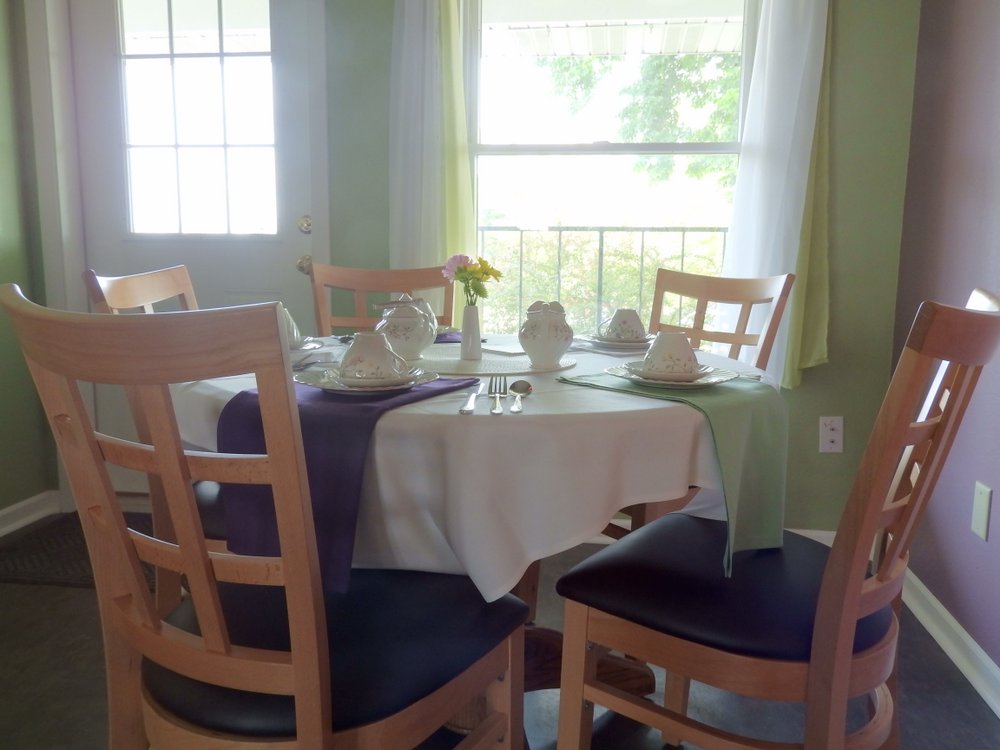 Churchill’s table with a view to the back garden area 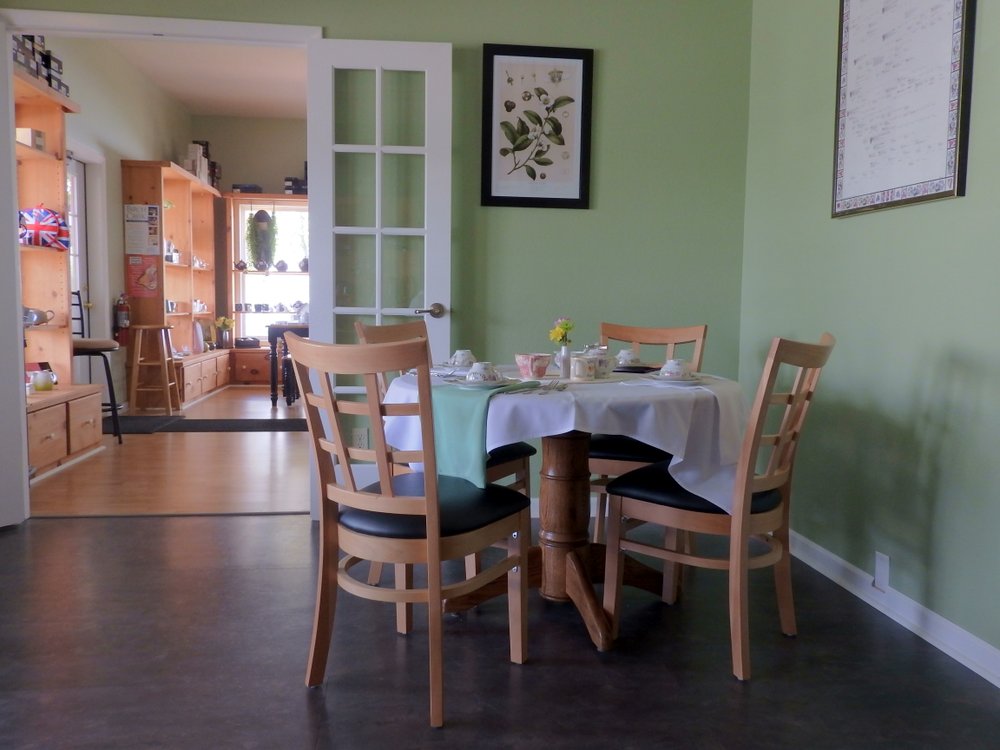 Queen Elizabeth’s table with a view into the tea shop 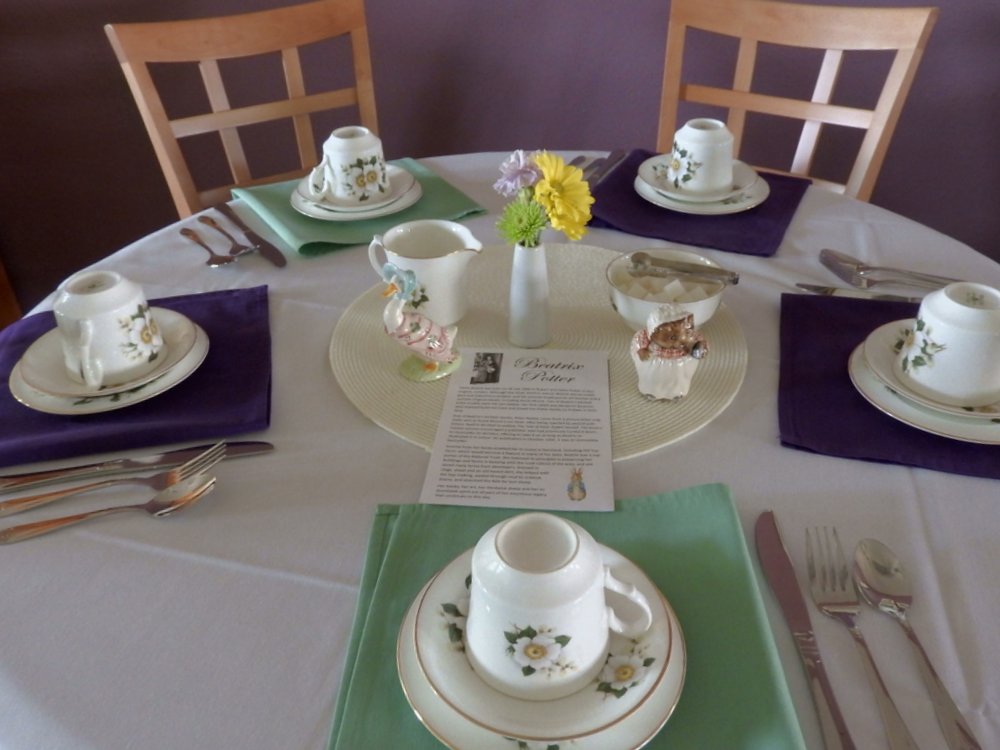 There’s also a Jane Austen table, a Shakespeare table, a Josiah Wedgwood table (creator of Wedgwood pottery), and the Earl of Carnarvon who unearthed King Tut’s tomb.  Each table has a little blurb about the person the table has been named for so a person could get an education while drinking their tea.  Also, each table has a different set of china.  Here is the Queen’s china which is beautiful and gold: 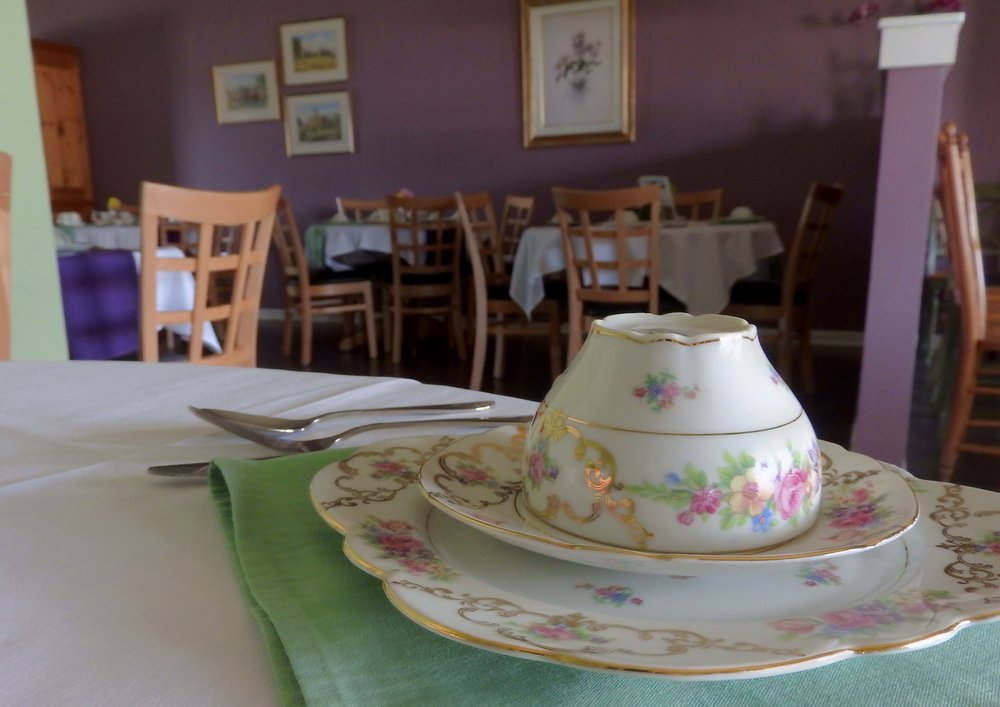 This set of dishes was bequeathed to Lynn and Karen when a friend of theirs recently died of cancer.

Our temperatures are still running between the upper sixties and the lower eighties.  I know those of you in the Pacific NW think that sounds comfortable, but we have only had one straight week of sunshine this summer, so I would trade you some of our coolness for some of your sunshine!

Sunday was sunny till the evening.  Mark and I played hookie from church.  I did laundry and hung it out on our clothesline: 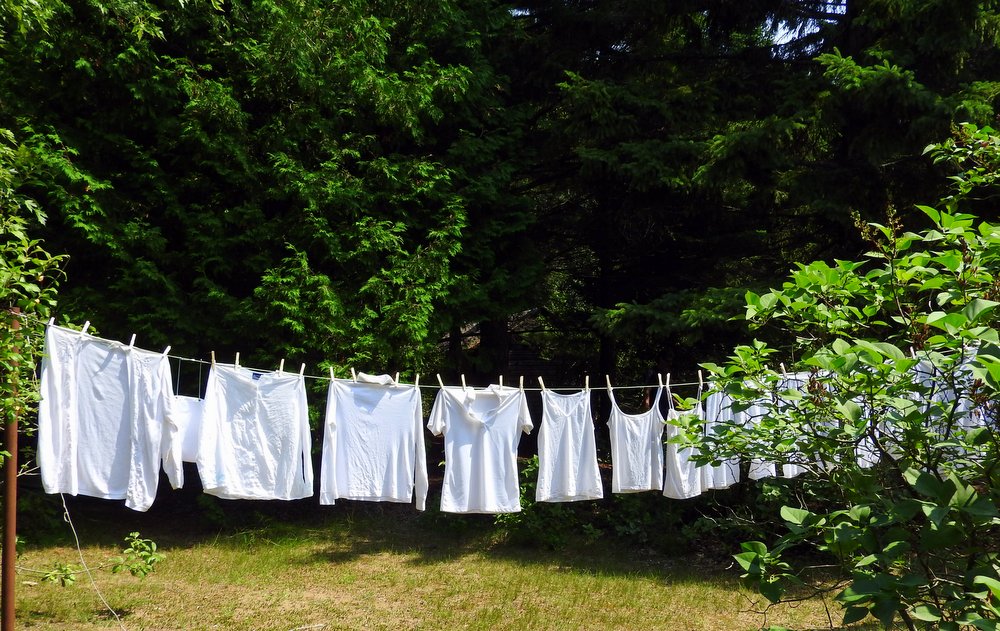 The whites look so much whiter in the sun!

Mark did a bunch of yard work.  He cut down a couple trees and is chopping them into fireplace-sized wood.  They will need to season for a year or two before we can burn them, but he’s pretty proud of his little wood pile! 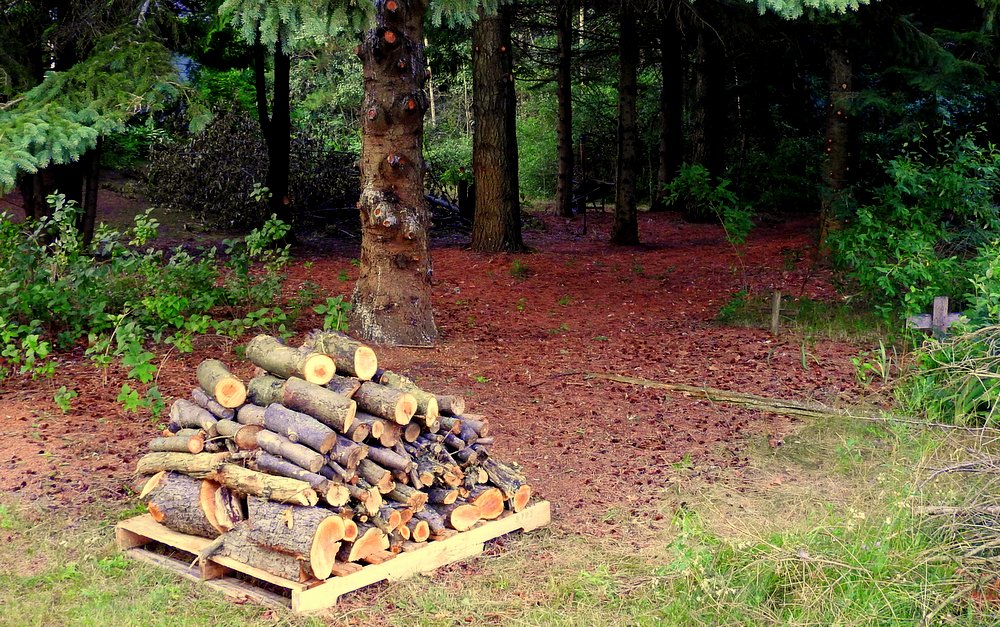 He put the pile where it would get sunshine and some shelter from the trees. 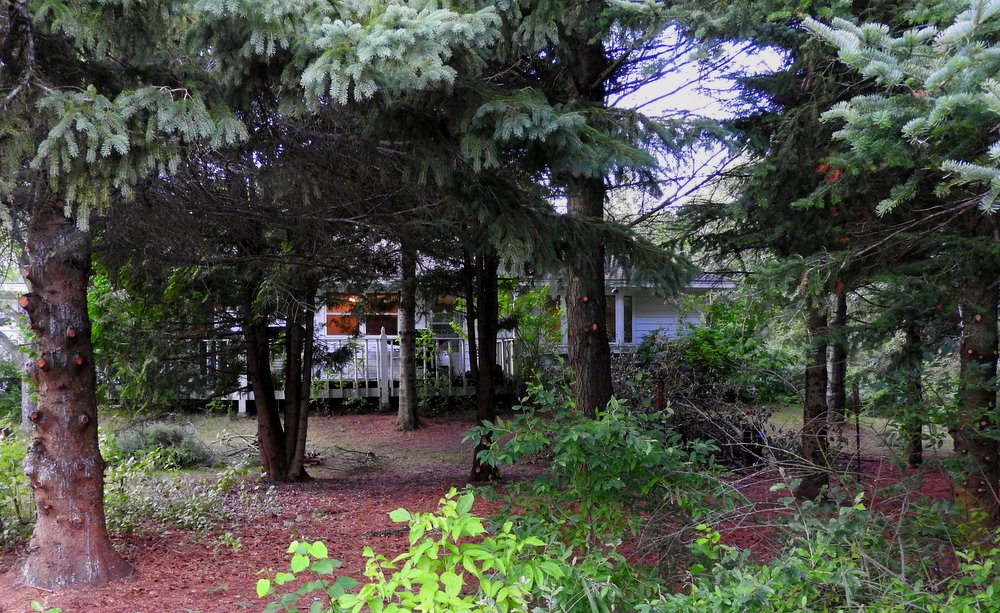 He has also been doing some pruning in our “forest” so that we can see the meadow through the trees. This is looking the other way toward the house.

The only other news is that Mark had to take our cat, Kimba, to the vet.  We thought something was wrong with her hips because she reacted strongly to being petted around the base of her tail, but the vet discovered she has fleas.  How’d they get into the RV when the cats don’t go out?  Now we’re going to have to fog the RV.  Drat!