This morning I got a call from my boss about half an hour before I was going to leave for work.  She told me she doesn’t need me in till Friday.  She says that as things get busier she’ll have more work for me.

Today was Mark’s day off work as well, so we spent the day working on the house.  Yesterday, we picked up some stain for the table, so I applied it today. 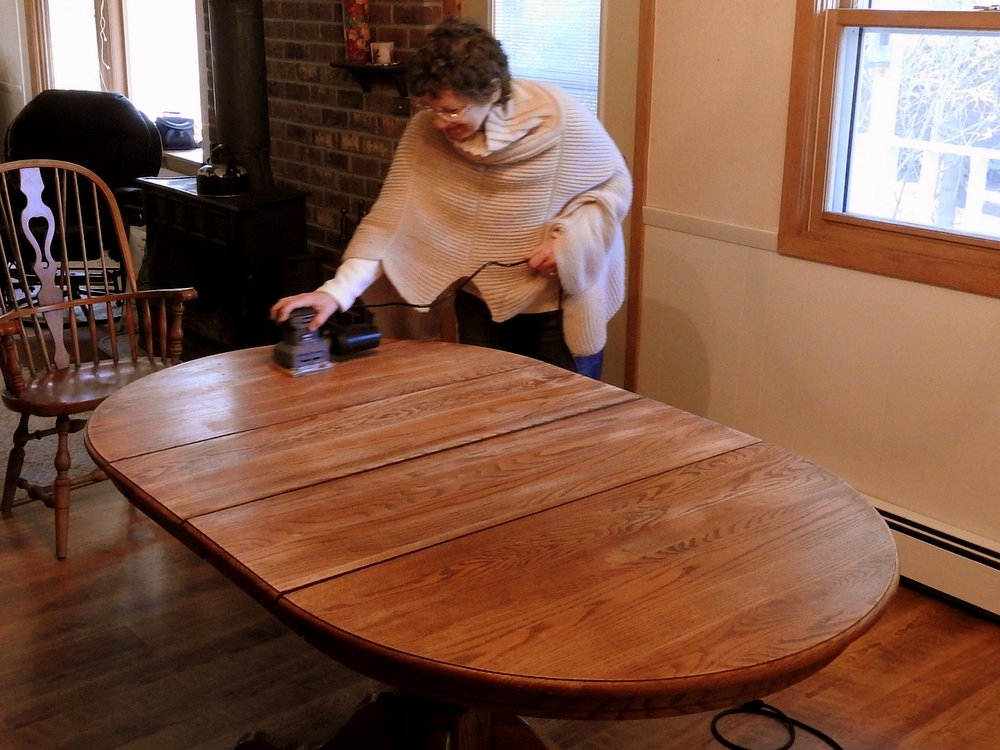 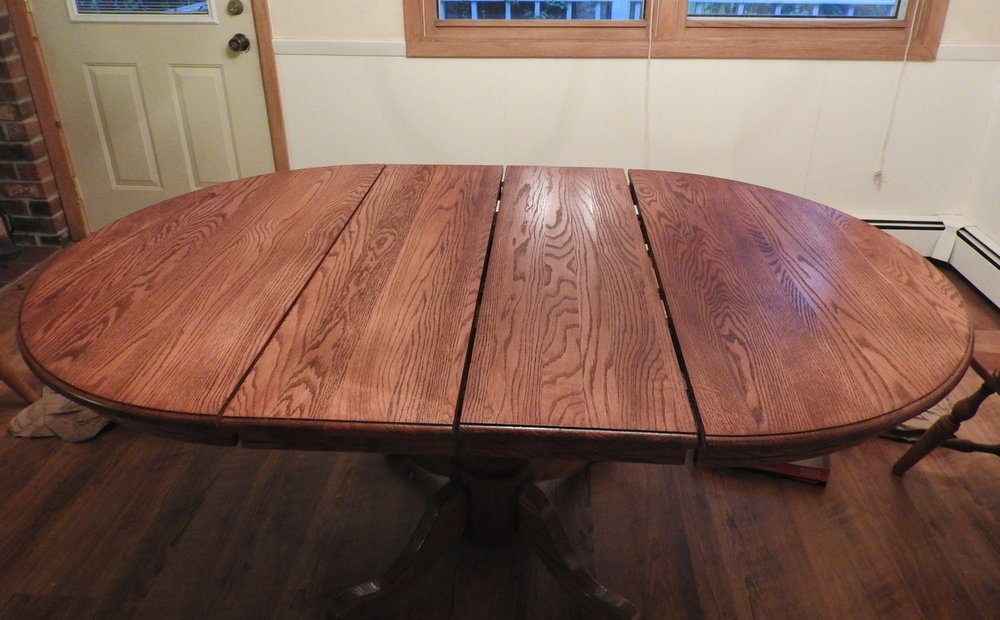 It’s supposed to dry for at least eight hours.  I’ll take up with it again tomorrow.  Mark says I need to re-sand it with a fine sandpaper, and then I plan to varnish it.  Right now, Mark and I are either having to eat standing up in the kitchen or sitting in the living room.  I look forward to being able to use our table again.

Mark went outside and started pruning trees in the front yard.  I eventually wandered out to see what he was doing and ended up taking the branches he had cut to the burn pile in the meadow.  We’re going to have a huge bonfire one of these nights!

Coming back into the house, I took the sander to what is going to become my window seat.  I have been disturbed about its condition.  What coating it had on it before was all bubbled and peeling.  There are some serious water marks on the wood. 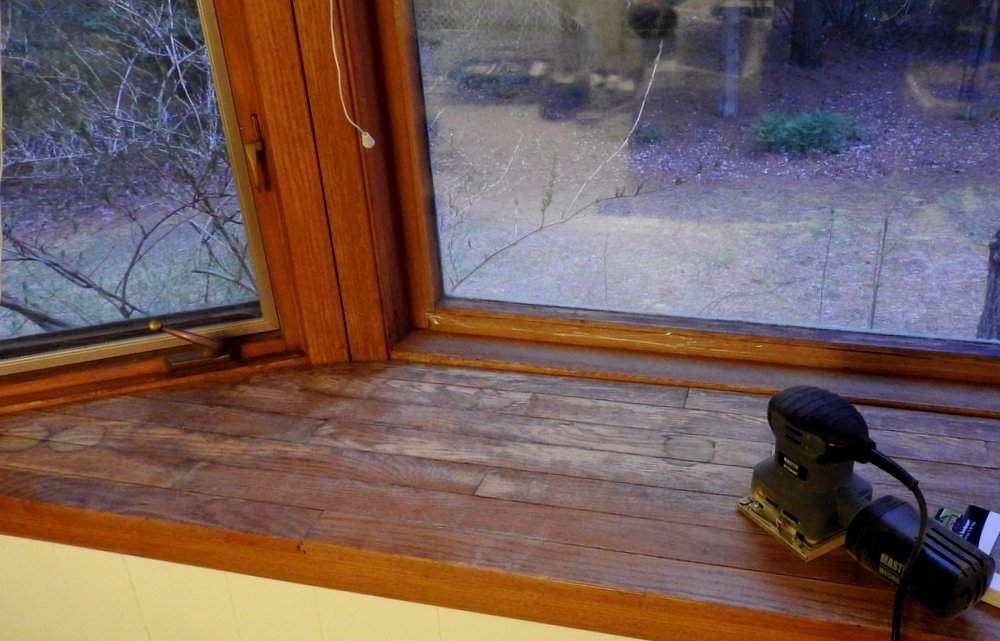 I still have a lot of sanding to do to get past all the peeling varnish.  There are two water marks on the far left and one just to the upper left of the sander.  I think the former owner set potted plants there.

When Mark finally came in, I persuaded him to do some taping in our bedroom. 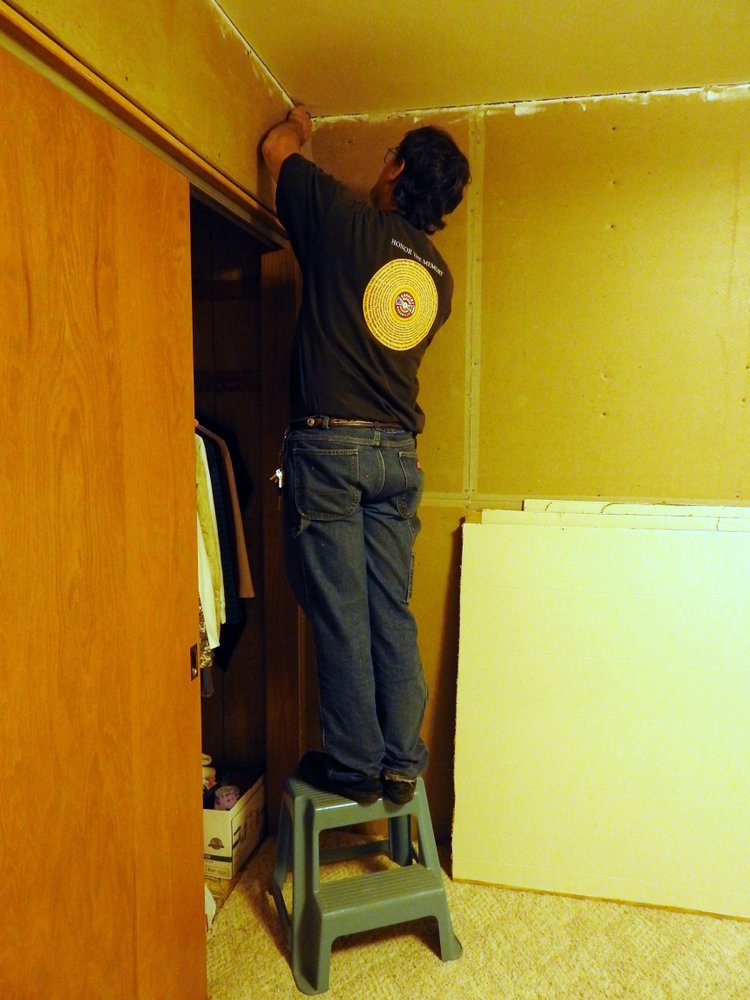 Taping the flat walls was easy… 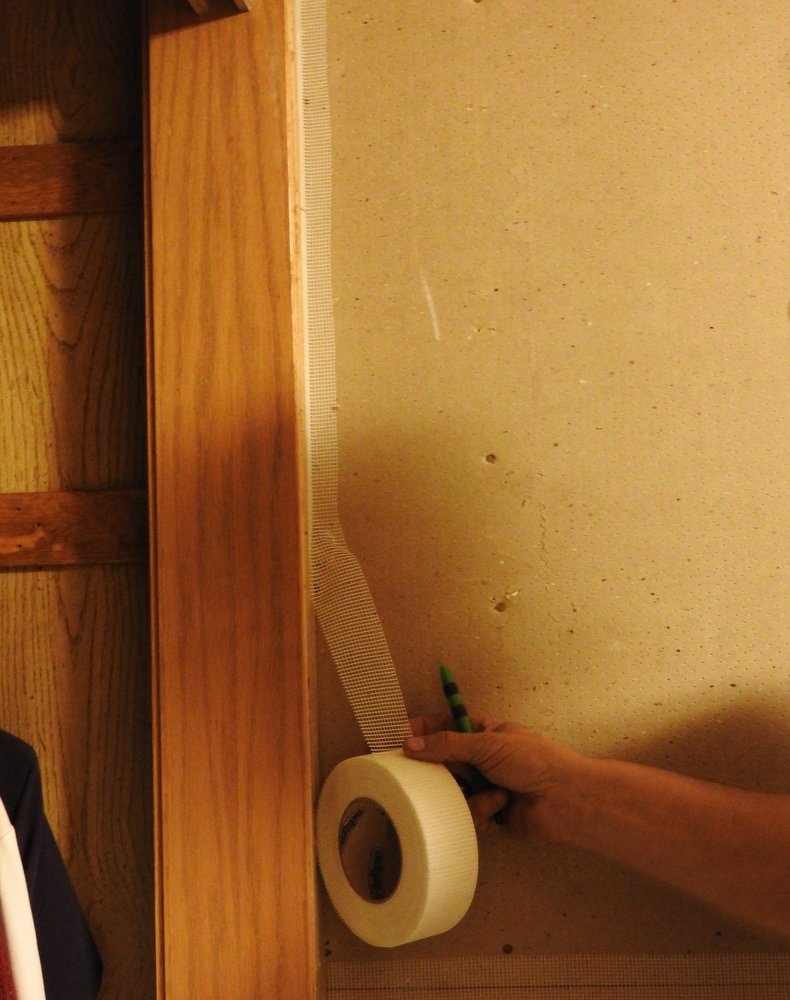 …but taping the corners was a bit tricky. 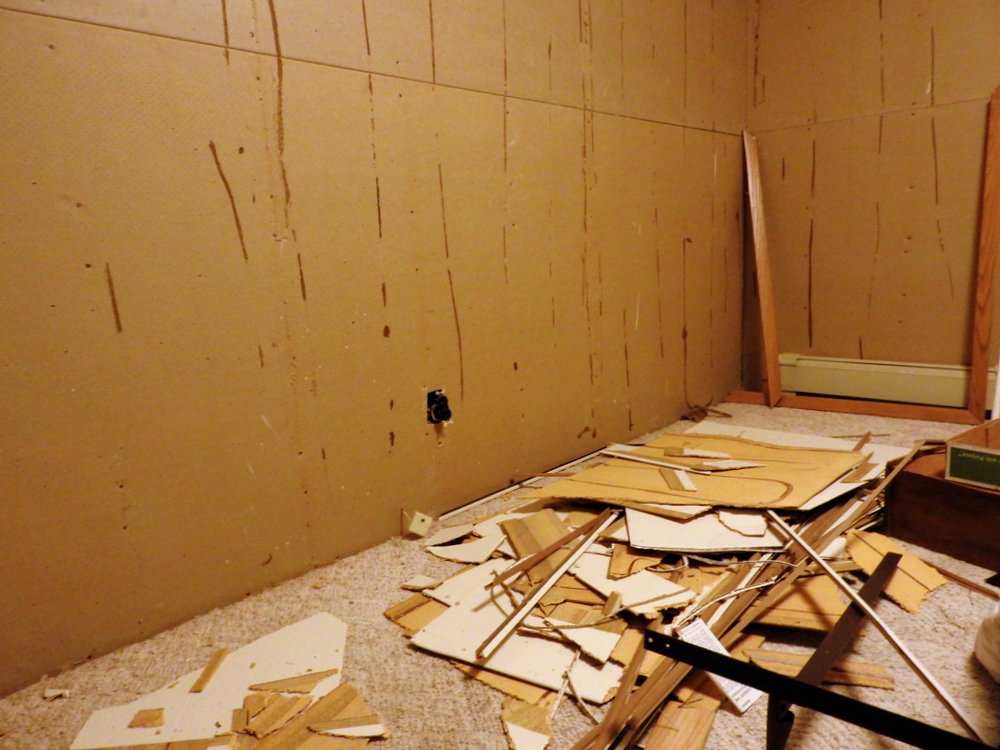 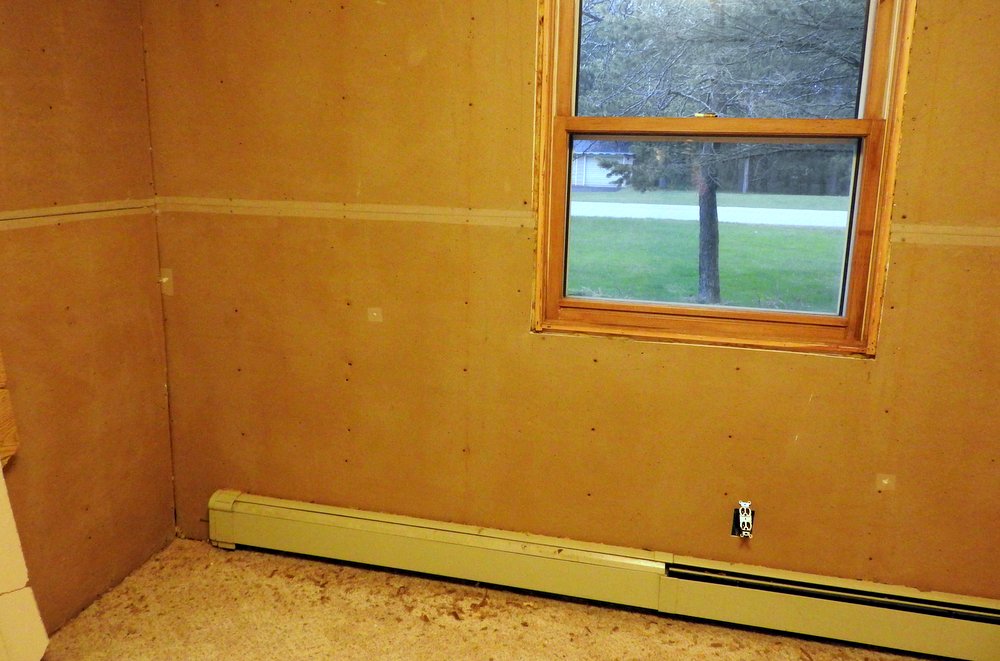 I want to have the bedroom done so we can move into it by Memorial Day weekend.  It would be nice be earning more money right now, but it’s just as well that Seaquist isn’t ready for me full time yet.  I have plenty to keep me busy!