Denise is feeling a bit overwhelmed and asked if I could do her blog for her tonight.  She wanted to write it last night, but the excitement of our boat ride caused her to run out of steam, even before she had time to finish editing all the pictures she took from our excursion.

So, I’m sure Denise has told you before about what a great place we work at here in Door County, WI.  Tim and Kathy Guckenberg are great people to work for and last night’s outing on Tim’s boat is just a small example of what they do for us, making it a joy to work for them.  Tim is into photography as Denise and I are, so he invited us and Joe and Kari, new workers this year, out for a boat ride to see some scenery and lighthouses and of course, the sunset…. 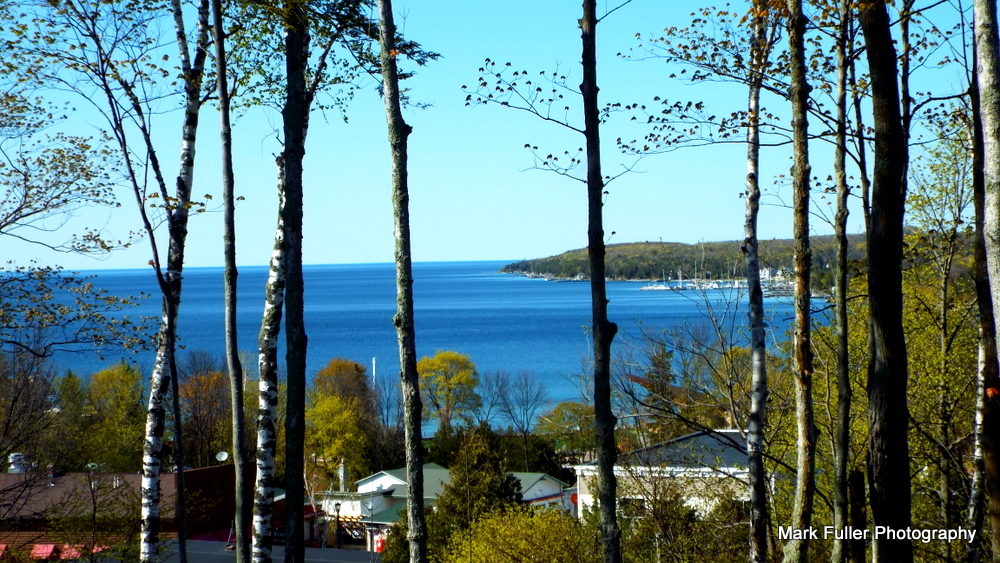 Earlier in the afternoon, the motorcycle needed a good running. I came upon this spot overlooking Sister Bay and had to snap a shot

Tim owns his own fishing charter, “Reel Addictions”, and whenever he gets a chance he heads for Gill’s Rock, which is were he took us all, to launch his boat.  I didn’t get any pictures of this, but you can rest assured that Denise did and will show you them next chance she gets. 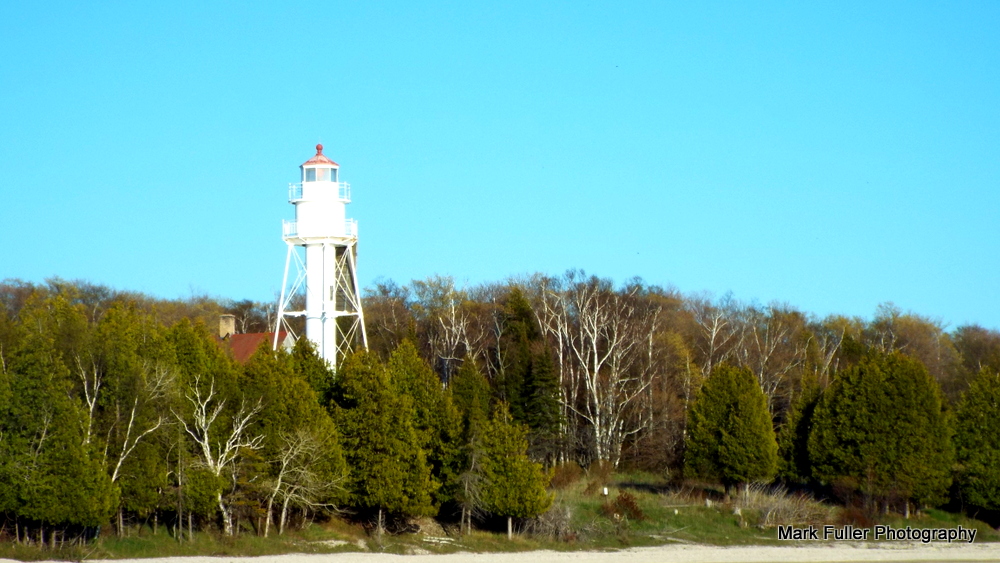 One of the first places Tim took us was to Plum Island. This channel beacon sits on the west side of the island and lights the way for ships coming into “Deaths Door”, ooooo…..

Back in the day when schooners sailed these waters and sailors navigated by the light of the moon and stars, the channel here is so narrow that many a ship lost its life trying to pass through in foul weather and rough seas.  Tim even showed a ship wreck that we could see from the surface, but my pictures didn’t turn out so good. The wreck was down about eight feet and the water is crystal clear.  This is also how Door County got its name.

Next Tim took us to an old Coast Guard station on the far side of the island….

This Coast Guard station sits vacant while volunteers, refurbish the place into an historical site

As he was getting us closer to the station, something caught our eye moving around on shore….

A deer on the beach. It gets so cold up in these here parts, Lake Michigan to be exact, that the lake freezes enough to allow wild life to cross over to the island…

After we arrived at the station, Tim tied up the boat and we all got off and walk around.  I got lots of pictures here, but in the interest of brevity I’ll show you the picture of…. 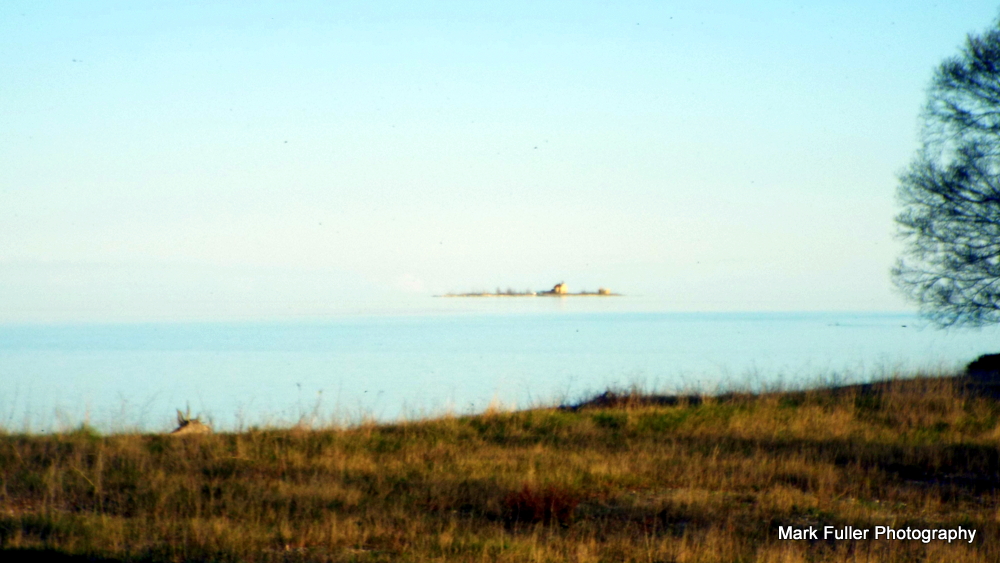 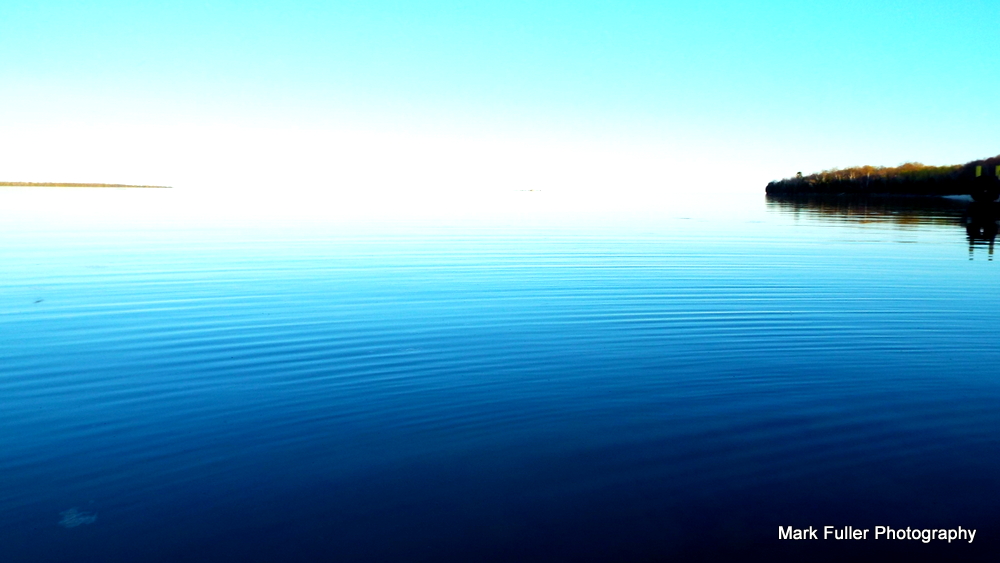 and as we got closer to the island in the sky, we could see ….. 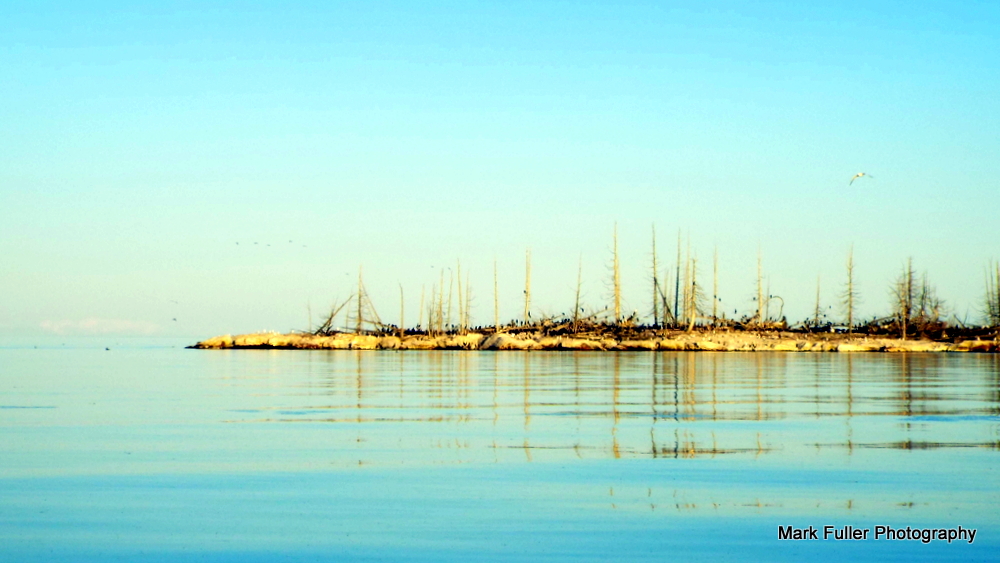 Birds!!!! Thousands and thousands of birds!! This is Pilot Island…

Pilot Island was once a Lighthouse, out-post so to speak.  It was eventually abandon cause they couldn’t get anyone to come out to this island to operate the lighthouse in all kinds of weather and birds.  Well as you may have guessed, the birds won out and it is now a bird sanctuary….. 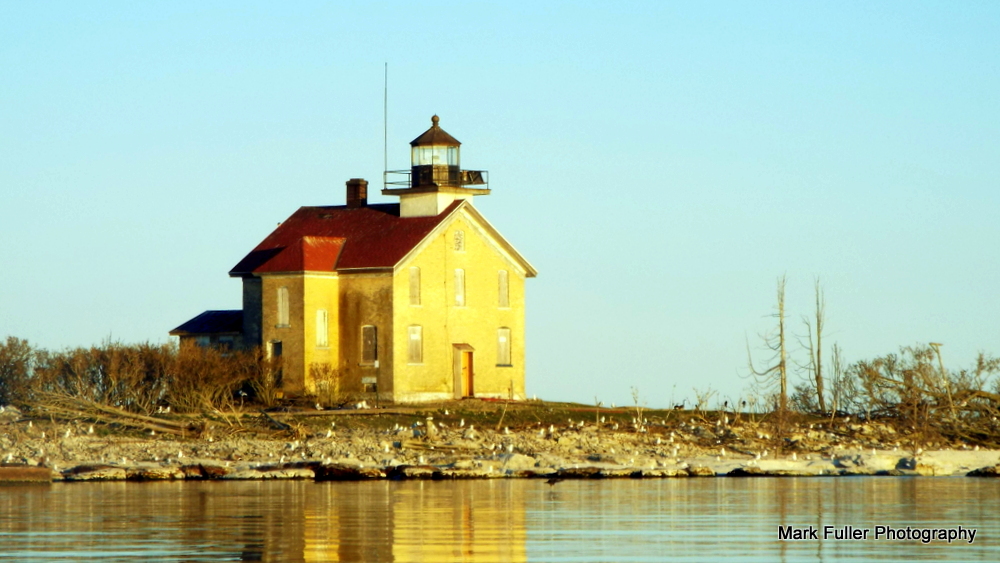 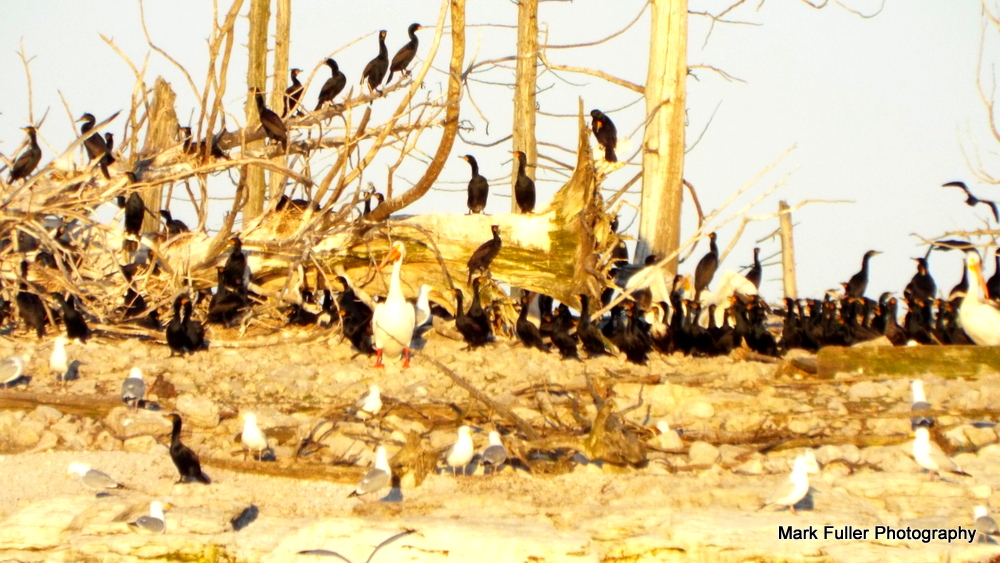 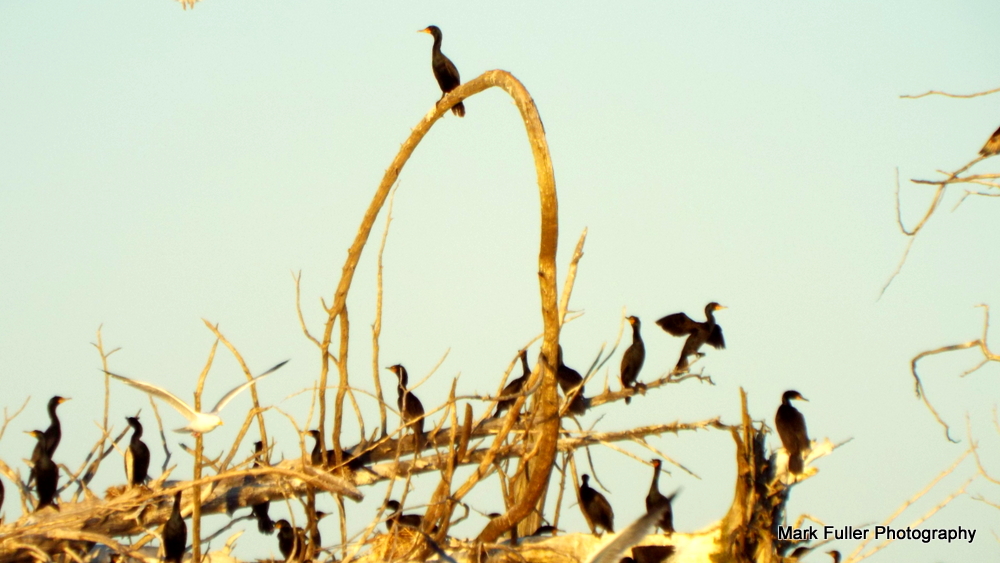 ….and this is only one end of this tiny island.  I’d show you all my bird pictures, but I don’t want to bore you….   On to the good stuff 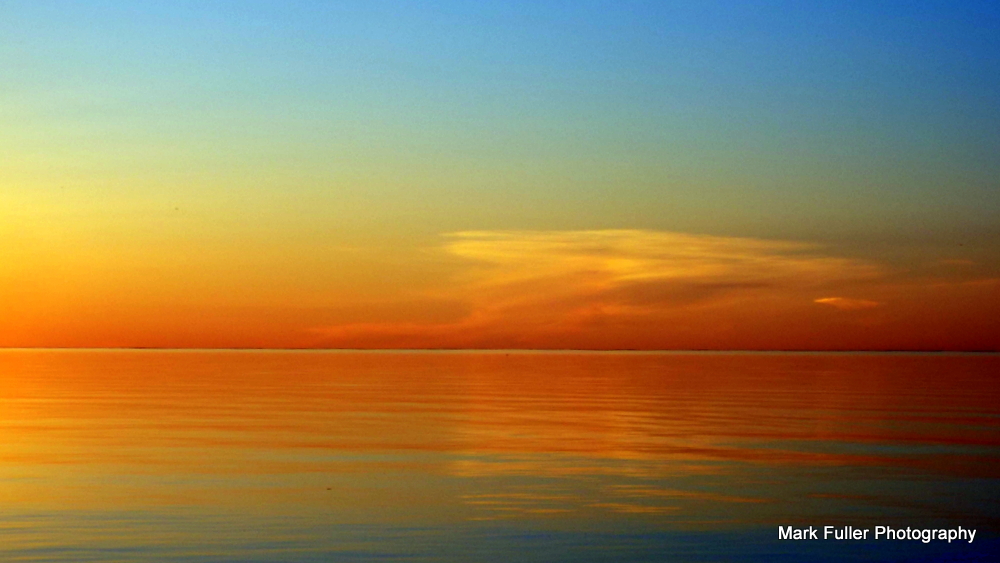 This is what we all were waiting to see…. 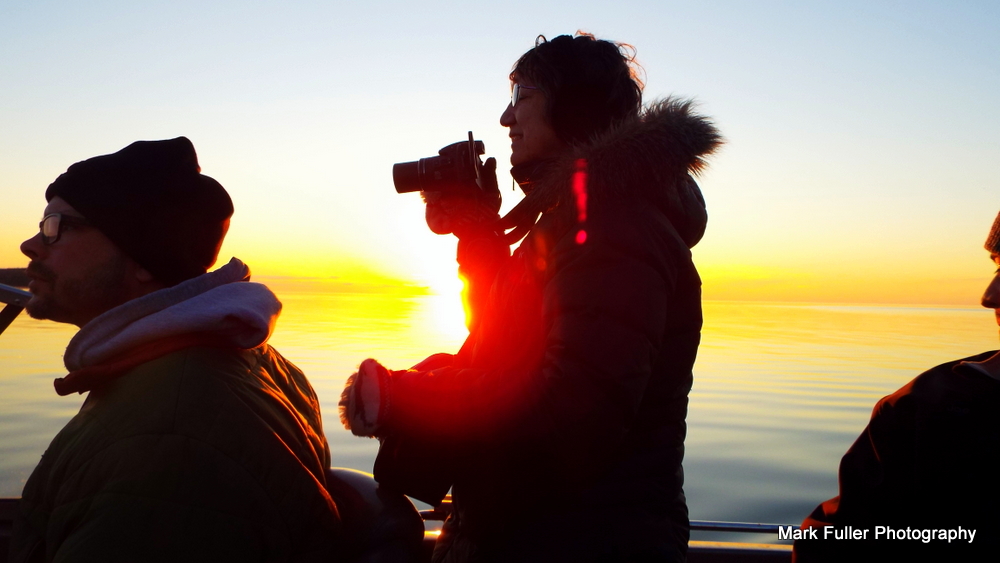 This is Captain Tim and our very own Denise, “Ms. Exclamation Point” 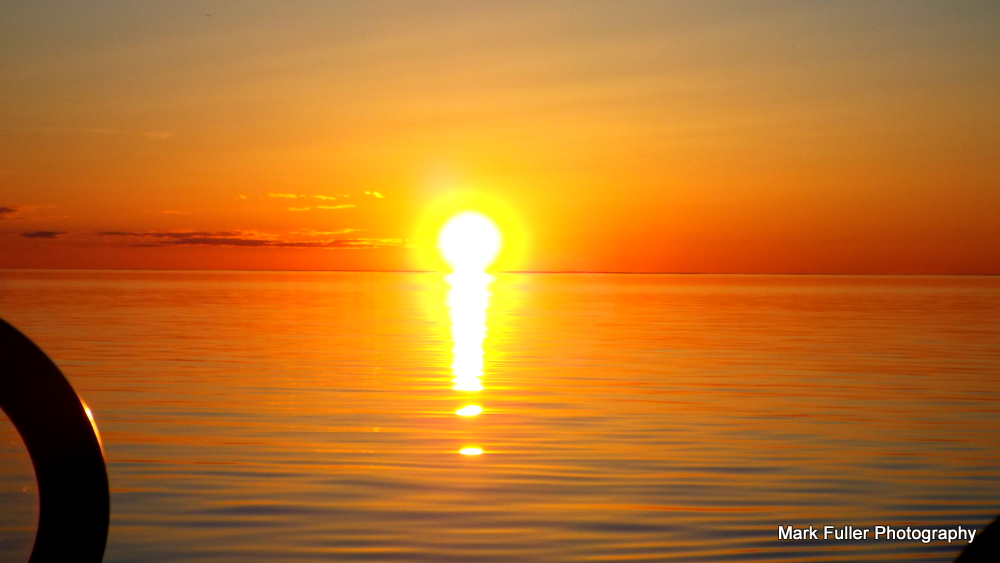 Ooooooo (I hope you feel the same???) 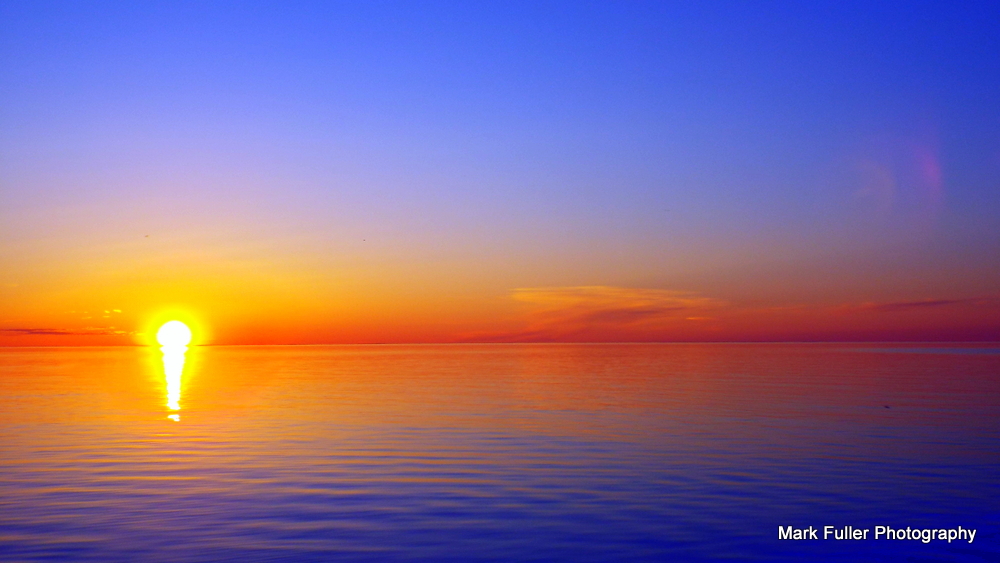 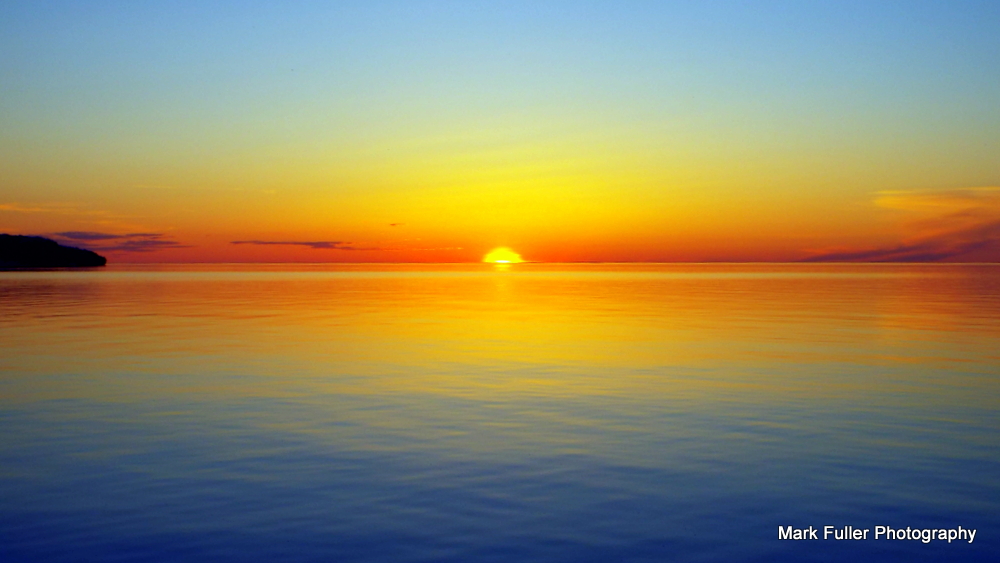 Thank You Father, for this day and all your wonders….

Headed back to Gill’s Rock and the dock… 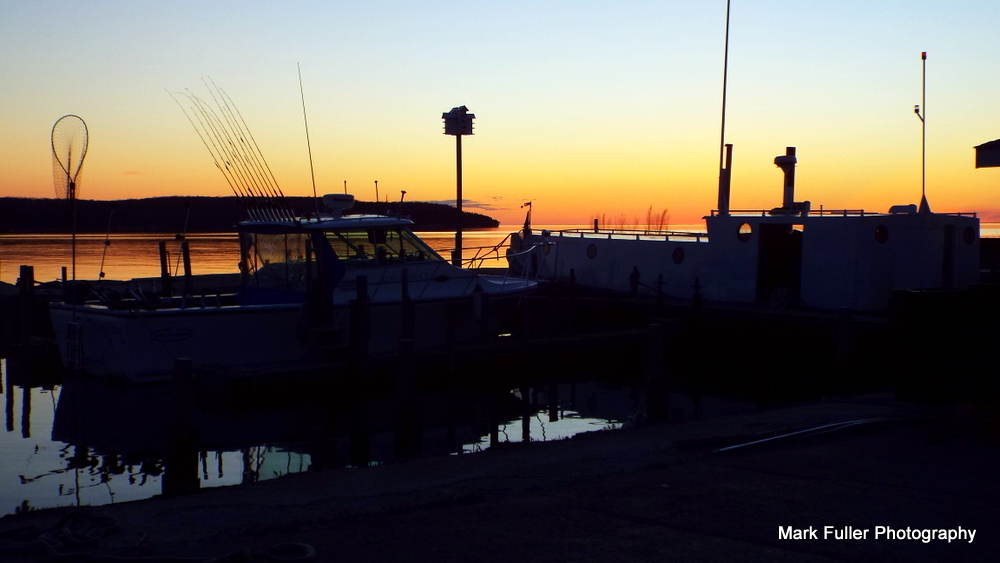