Yesterday Mark and I left the San Antonio area and spent the night in Port Aransas, an island just off the coast of Corpus Christi.  It was a typical beach town, but we were in a tightly packed RV park away from the beach.  I was uninspired there, but I took a few pictures. 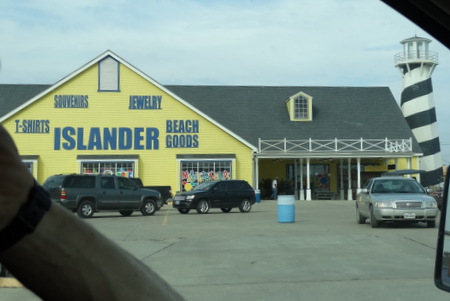 Mostly what I wanted to do in the Corpus Christi area was see Portland, TX.  There wasn’t much to it, but now I can say I’ve been in two Portland’s in the US.

This morning we got up and headed toward Houston.  The trip was unbelievably flat.  It’s not even that flat in the mid-west.  I tried a couple times to take pictures of the highly praised Texas wildflowers, but it was too hard to get a good picture through our bug-streaked windshield. 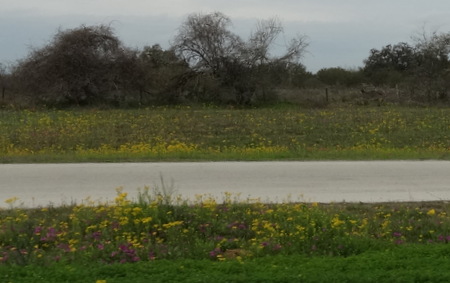 When we got to the eastern outskirts of Houston, we turned south and went to Galveston which is on an island.  We crossed a long bridge and as we approached the island there were pillars with the name Galveston on them.  As soon as we passed those pillars we were in paradise.  This is the prettiest place I’ve seen in all of Texas! 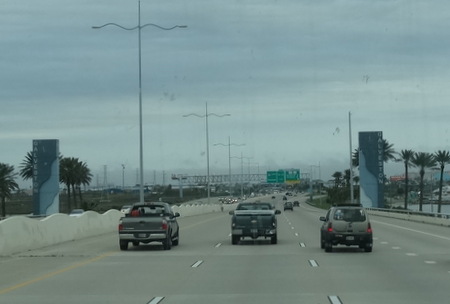 The bridge to Galveston 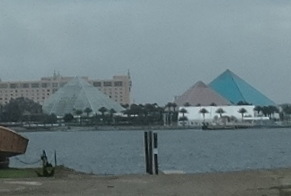 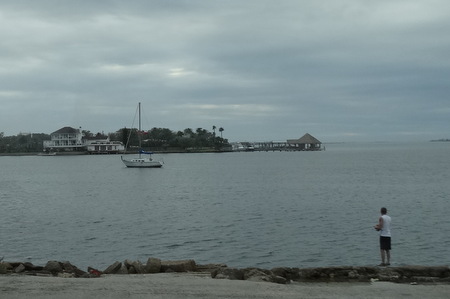 Our RV park is right on the beach and the spaces are large and roomy.  It was dusk by the time we finished setting up and having dinner, but still light enough out that Mark and I went for a walk along the beach.  Oh, how wonderful to be near an ocean again — even if it is the Gulf of Mexico and not the familiar Pacific!  The seagulls here are sleek and have black heads, unlike our fatter white and grey seagulls back home, but they sound similar and the air smells the same.  The breeze was surprisingly temperate even though it was overcast.  I am very happy here! 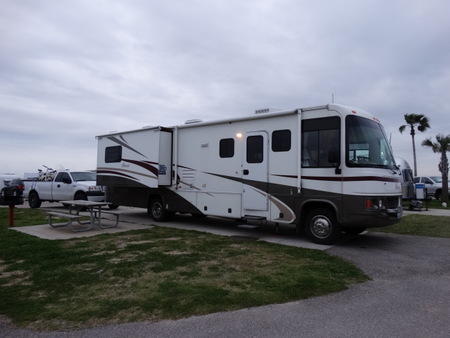 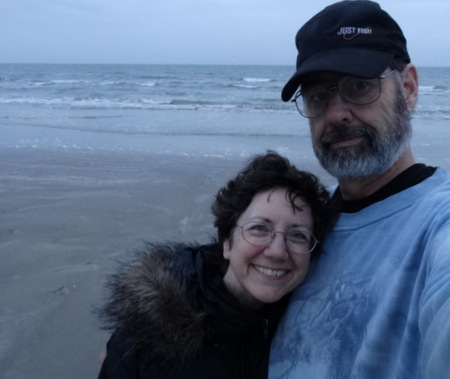 Mark and me at the Gulf of Mexico 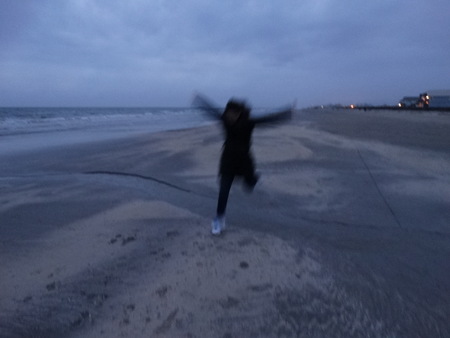 Me “flying” over a small stream on the beach