I’m sitting on hold with the IRS, so I thought this would be a good time to write about what Mark and I did on Saturday.  We took a day trip up to Mount Lemmon which looks like it’s practically in our back yard but took forever to get to by road. 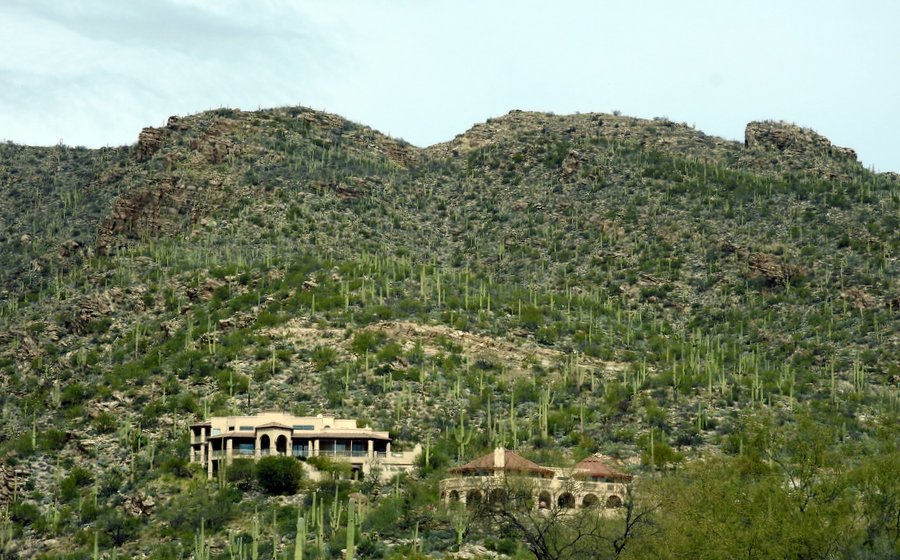 The road up onto Mount Lemmon is in another town and took a long time to get to. At this point we were finally approaching the foot of the mountain. 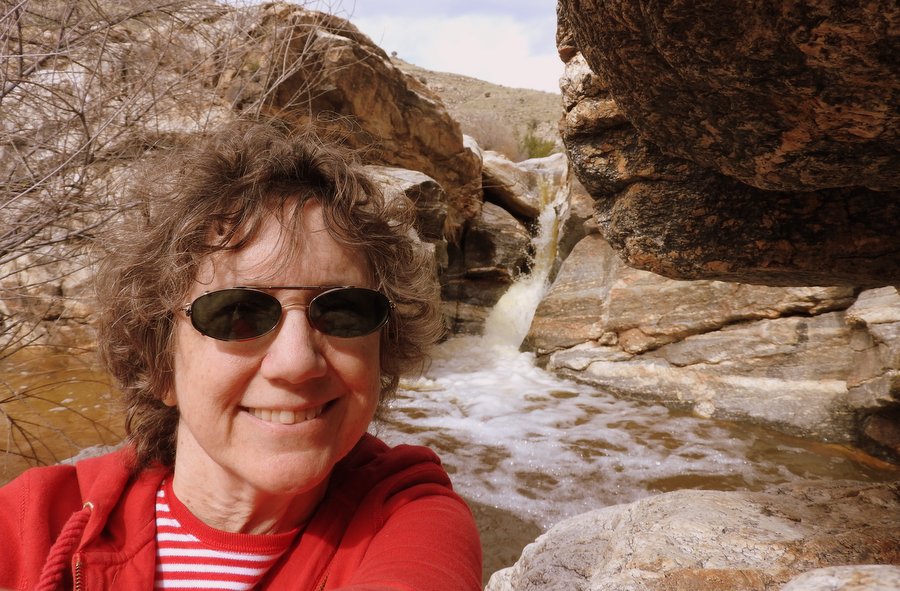 We made a stop at a place where we were able to hike down to water. We crossed on stepping stones. 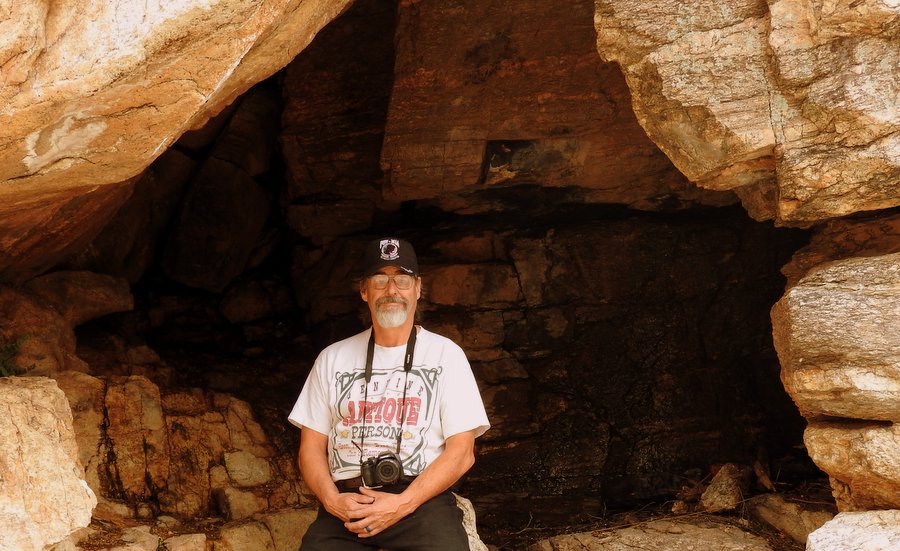 We practically had to do some rock climbing to get down to this cave. 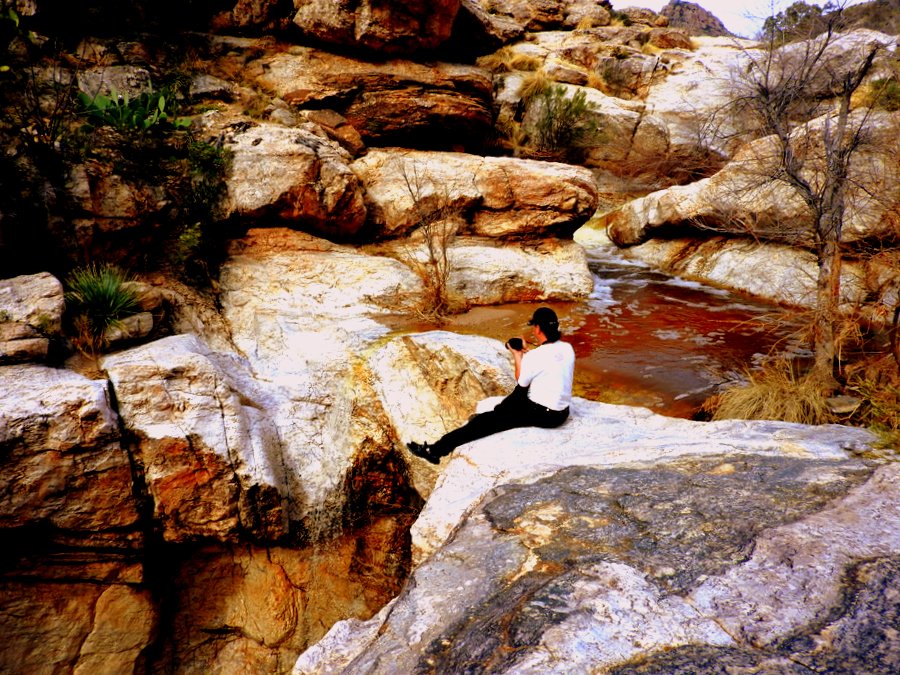 We couldn’t seem to get to a point where we could take a picture of the front of the waterfall here, but Mark got as close as he dared and tried. 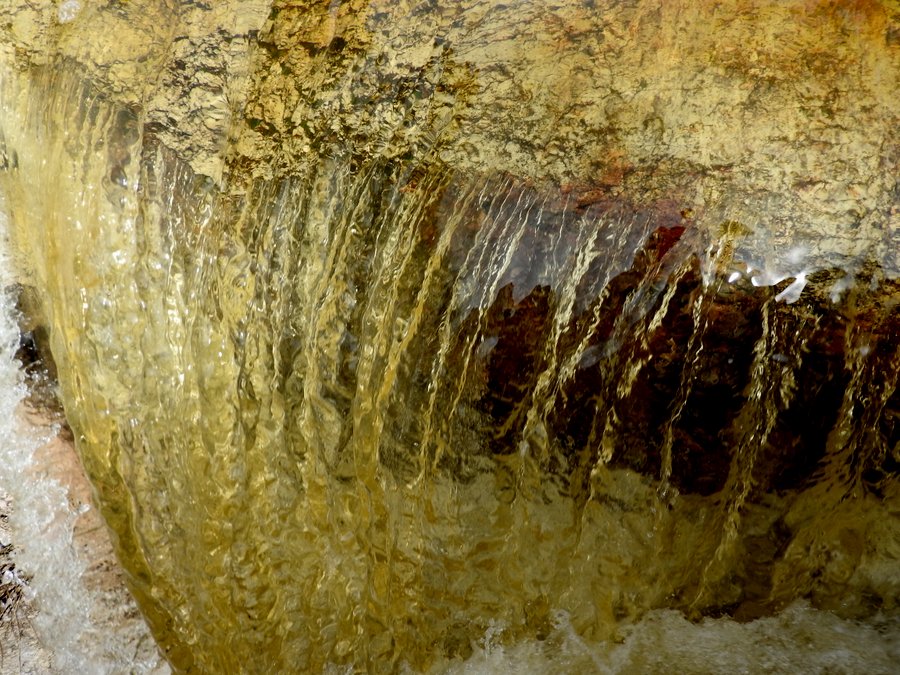 This was the closest I was able to get to shooting the front of the waterfall. 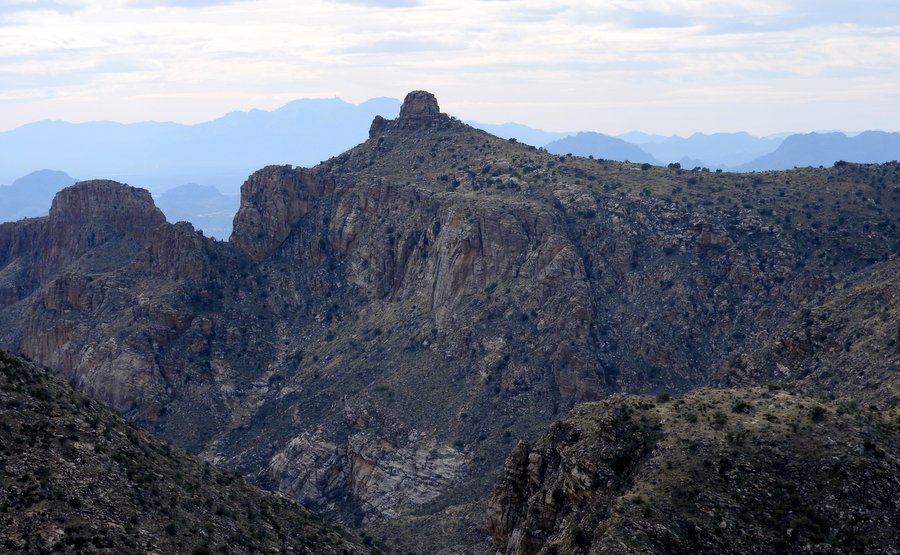 The funny bump on top of this mountain is called Thimble Peak. You can see one canyon under it and there is another beyond it to the right. 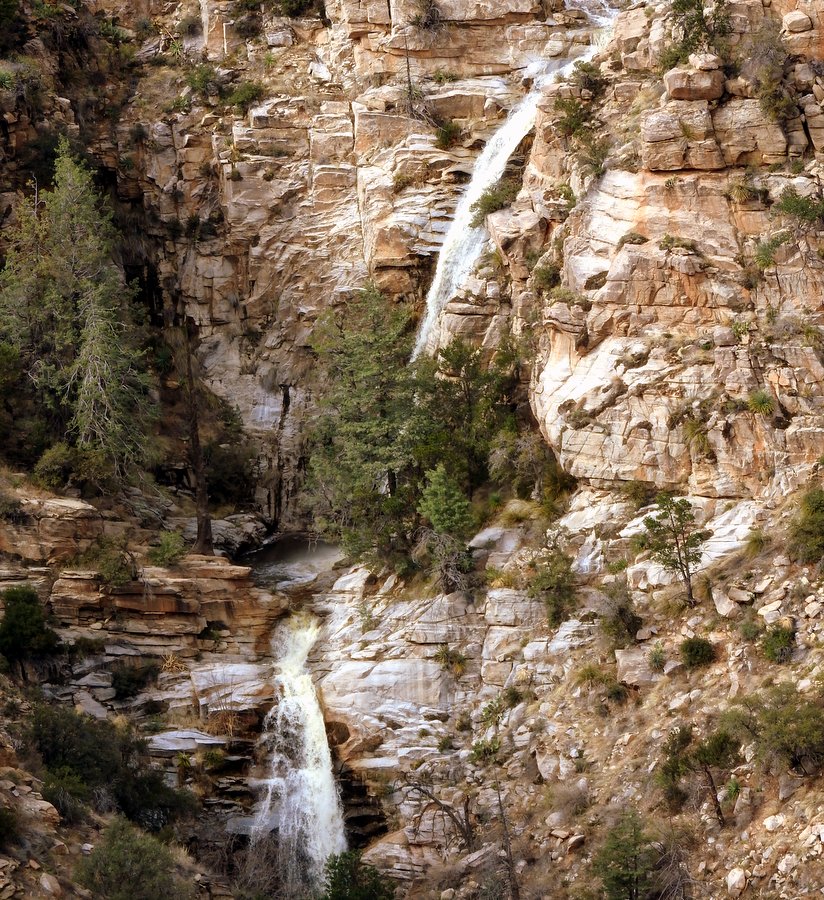 Further up the mountain, I could only get two of the three waterfalls in this shot and still have them look like waterfalls. 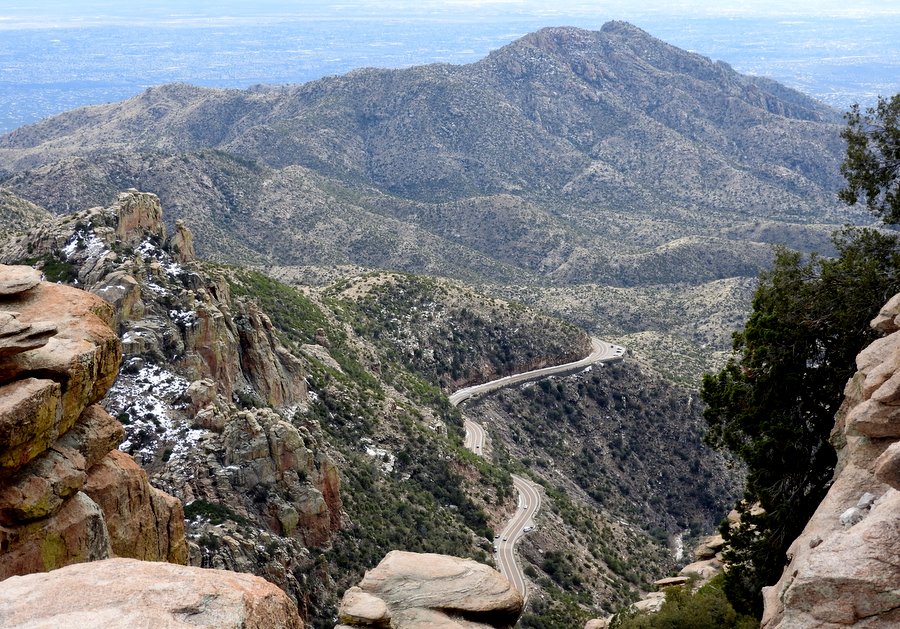 Looking down at a ribbon of road we had come from, it looked kind of like a garter snake. 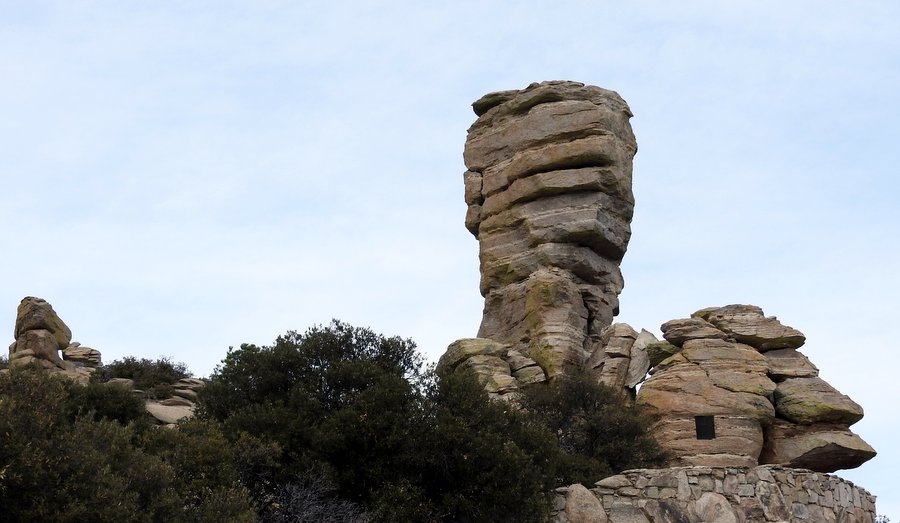 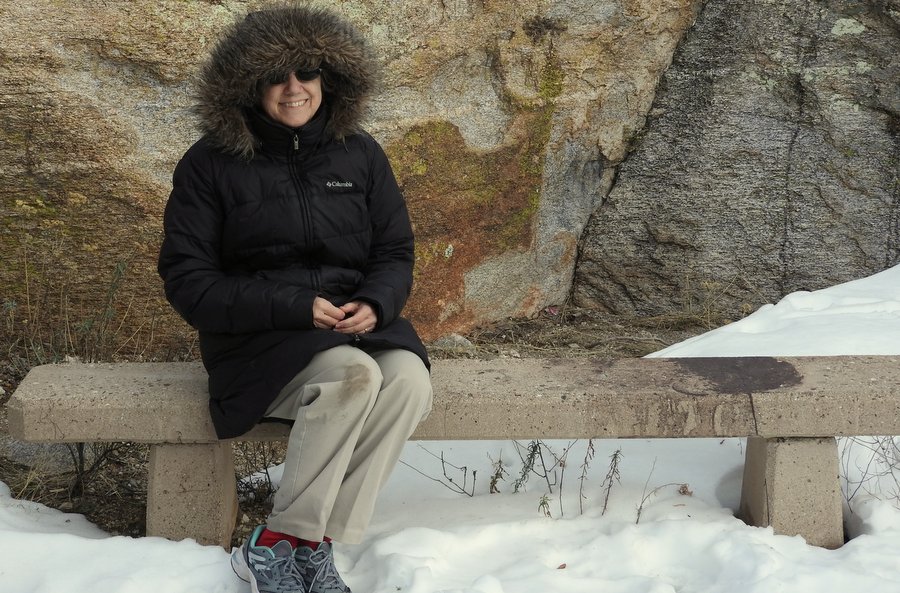 In the higher elevations, we started seeing snow. 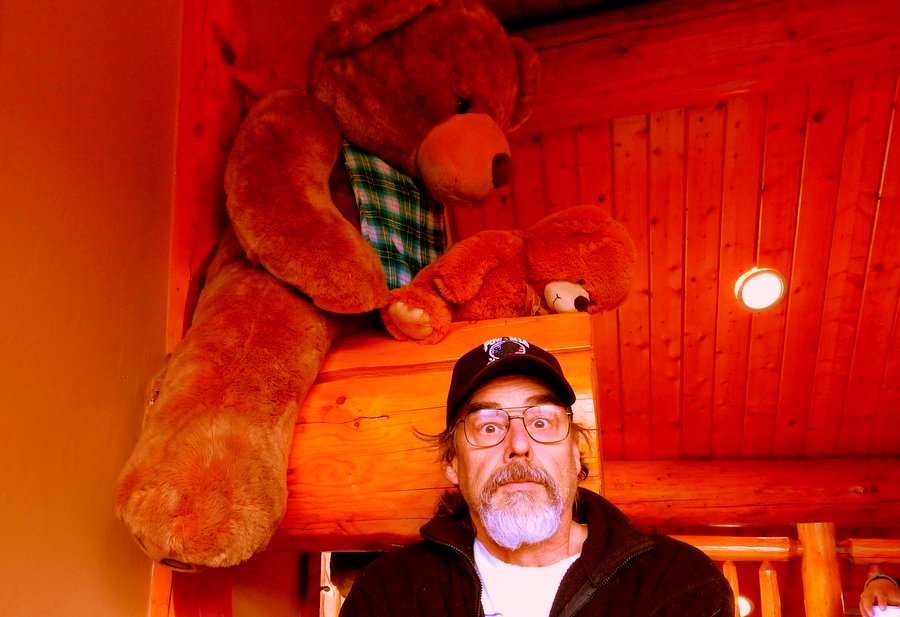 When we’d gone as far as the road would take us, we stopped at a place that is known for their cookies. Mark looks like he’s scared of the bears looking down at him! 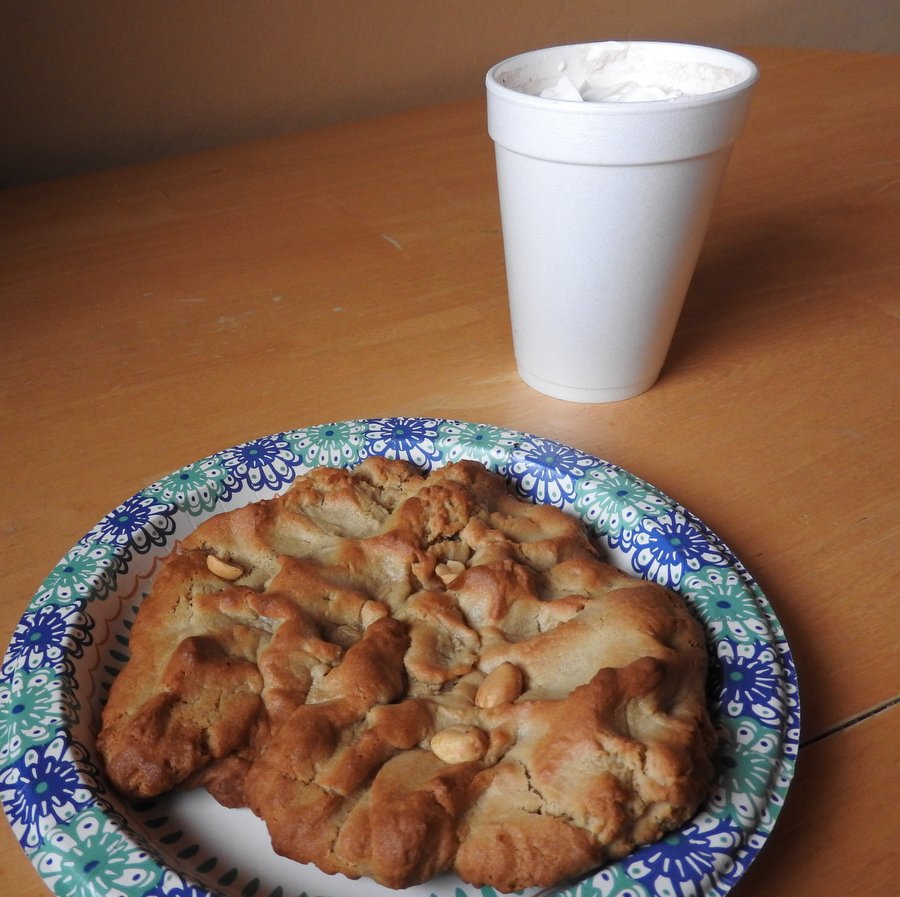 This was a plate-sized peanut butter cookie. Mark and I each got a cookie and a hot drink and the bill came to $23! 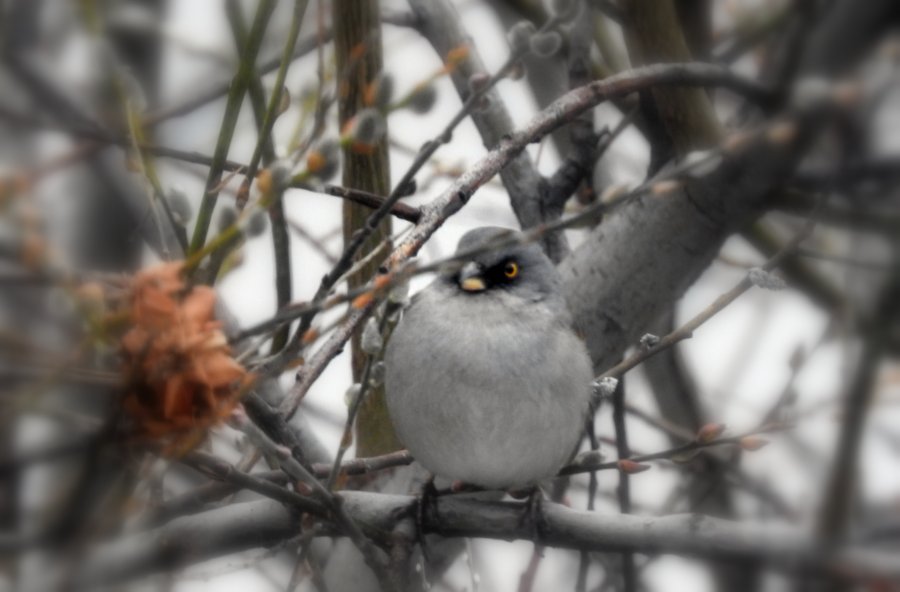 An angry looking bird outside the restaurant window. 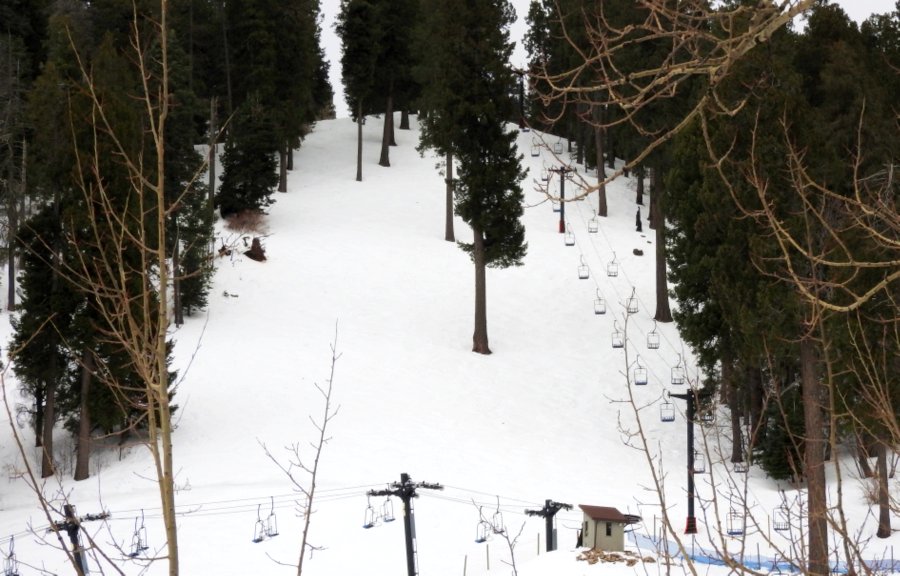 There was a ski lift up there. It reminded me a little of Mount Hood in Oregon. 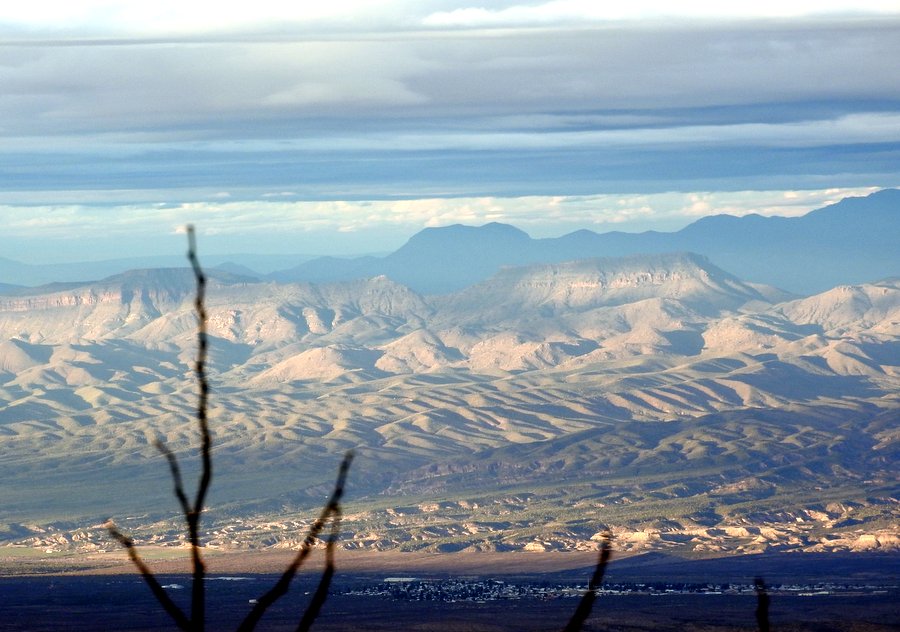 The view from atop Mount Lemmon looking north 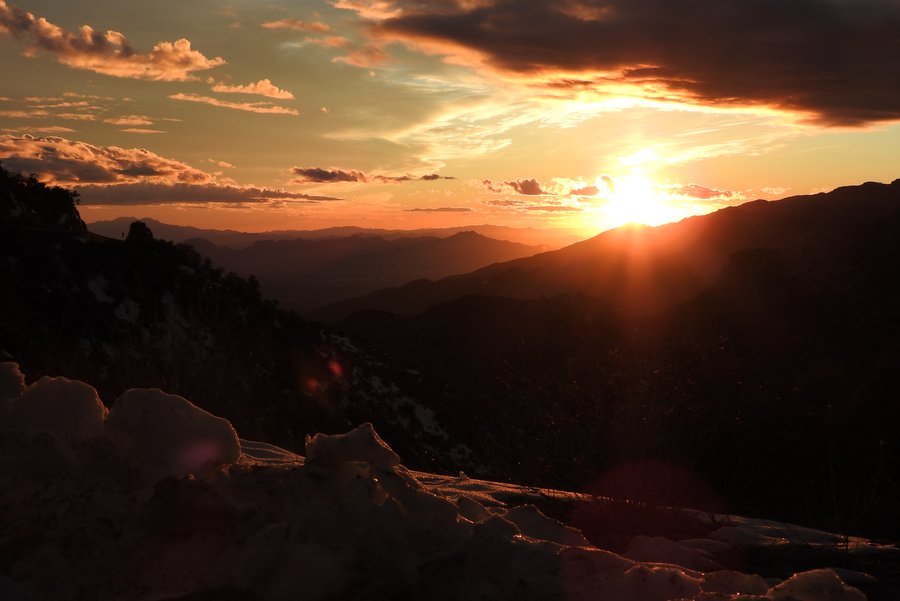 Sunset sparkling on the snow 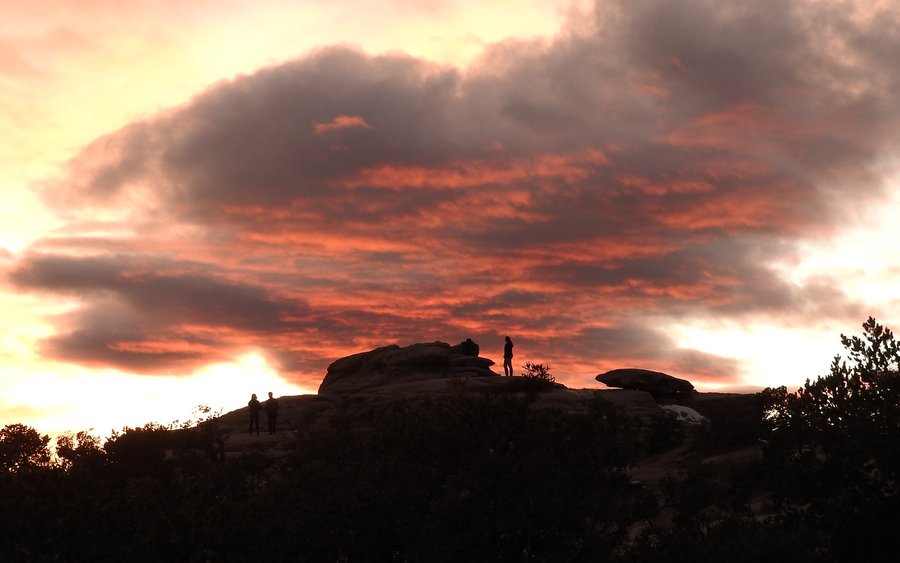 There were a bunch of people here watching the sunset. 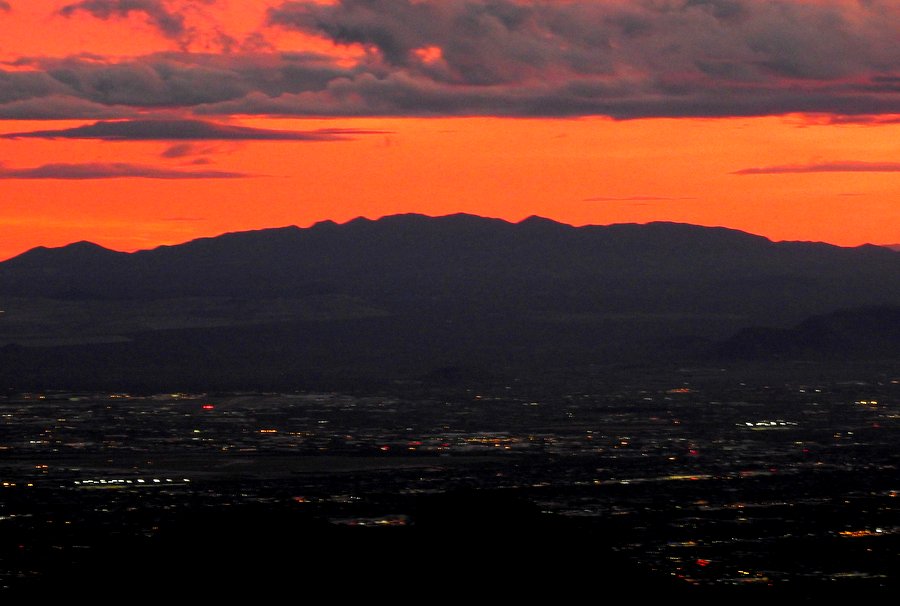 Looking down on Tucson at sunset

It was supposed to be up to 80° in Tucson Saturday afternoon, but we beat the heat up on Mount Lemmon.