Early this morning, my younger sister, Lauryn, came over and picked me up and we spent the day together.  First we wanted to go see where Sherill is buried.

Lauryn’s GPS led us to the wrong cemetery, but fortunately, the one we wanted was across the street from where we ended up, so we found our way over.  We stopped in at the office to ask where Sherill is buried and discovered a machine that would print us a map if we put in her name.  With map in hand, we went looking for Sherill’s grave, but we drove by the plot she’s in a couple times because it didn’t look like a burial place.  It looked like a large area full of rubble.  It wasn’t until our third pass that I said, “It has to be back in that gravely area.”  When we parked there, we saw that there was a slim line of grass at the edge of the gravel that had some gravestones in it.  Sure enough, that’s where we found Sherill. 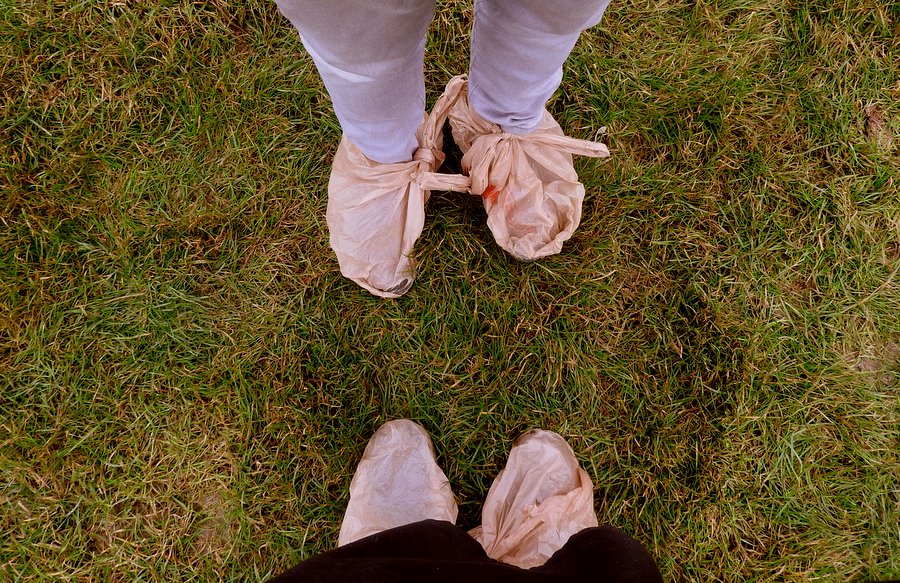 Neither Lauryn and I had good shoes for traipsing through rain soaked grass, so we had brought grocery bags to tie onto our feet. 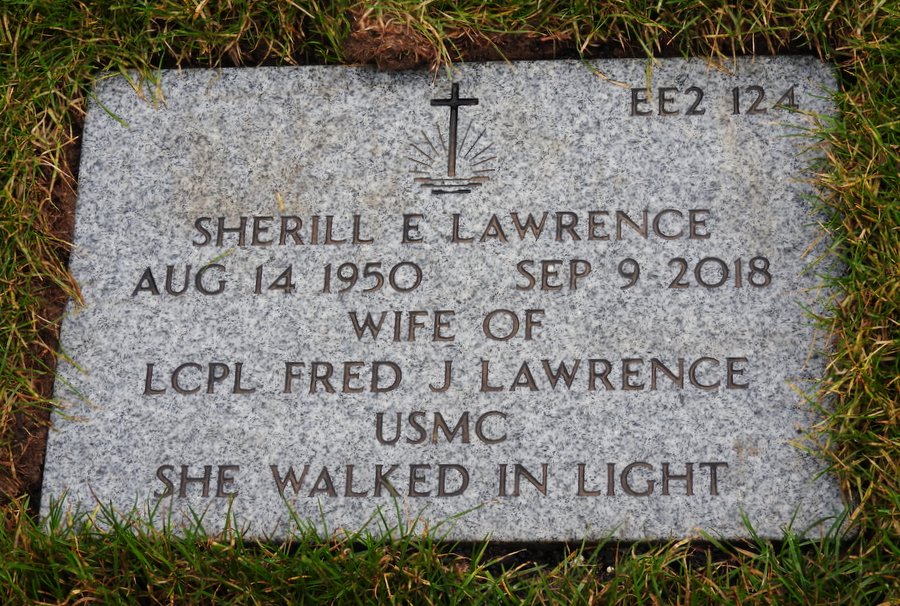 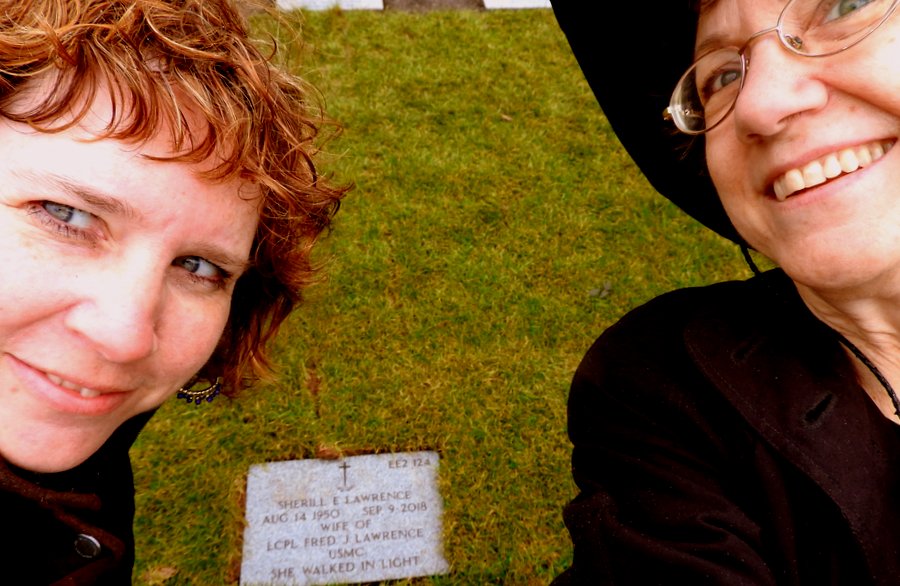 A selfie of us three sisters

There was laughter as we thought what a hoot Sherill would have gotten out of seeing our footwear, but there were also tears as Lauryn and I missed Sherill so much.  We stayed for about ten minutes, but it was very cold and we were hungry, so we found our way to a restaurant and just talked for hours.

Lauryn and I haven’t been particularly close, not because we don’t love each other, but just because we aren’t very good at keeping up with each other.  Sherill was the best of all of us at staying in contact and then letting everyone in the family know what was going on with each other.  Lauryn and I made up for lost time this afternoon with talking about everything that has been on our hearts.  I am very fond of my little sister and I am aware of not being as good of a big sister as Sherill was to both of us.

I didn’t wish you all a Merry Christmas yesterday.  I hope you all had a wonderful time, full of traditions and meaning for you.

Ours was a different kind of Christmas.  For the first time, Mark and I shared our gift giving and opening with Fred.  We told him that from our second Christmas on, we have been going to the Dollar Tree and giving each other $10 to spend on presents.  He didn’t understand the purpose of getting each other cheap gifts, so we tried to explain that both of us had formerly been married to people who broke the bank every Christmas.  We don’t really need much, but we enjoy the process of giving to each other without the expense.  Without worrying about going into debt, we can much more find the joy of giving.  Besides, we go through Dollar Tree trying to hide from each other, and sometimes we get the clerks involved in helping us keep our selections secret.  The things we get for each other are things we think the other would enjoy or could use, and that shows the kind of thought we put into knowing each other’s wishes.  Every once in a while, we throw in a gift we got somewhere else that costs more money.  This year, I got a picture framed for Mark and he bought me some jewelry.  I think this is the first time we’ve each gotten a bigger gift, but we still didn’t break the bank.

I also made toys for our critters… 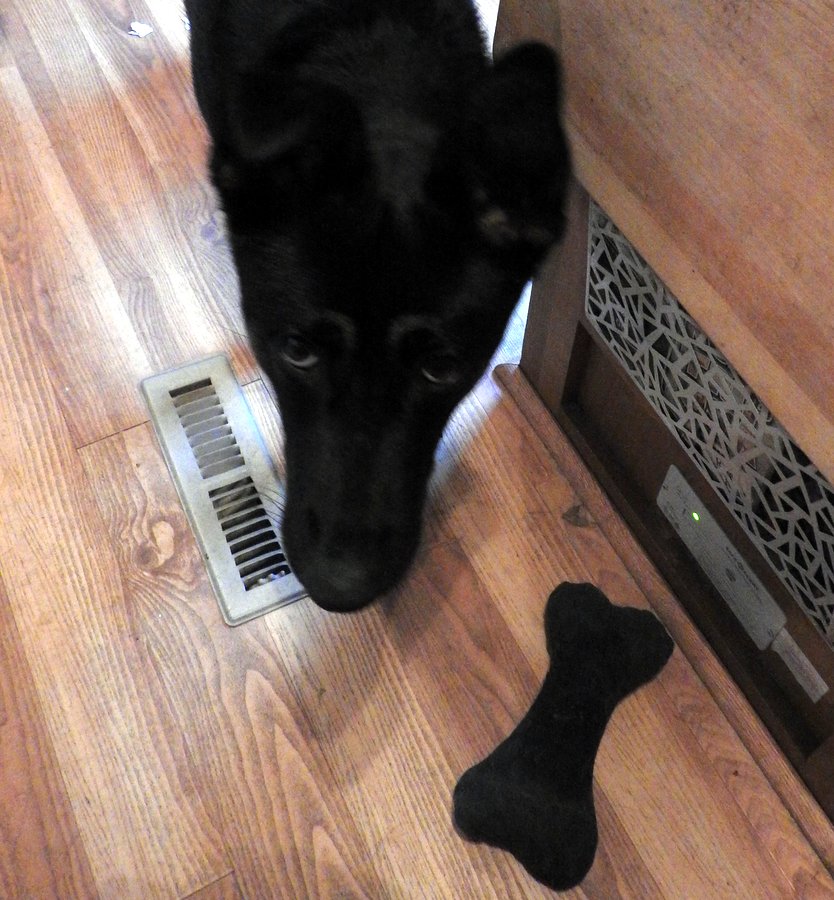 Last week I went to a sewing camp at my church and made a squeaky toy for Tucson which she appeared to really like, although you might not be able to tell from this picture.  This was the only picture where she wasn’t blurry from shaking it around. 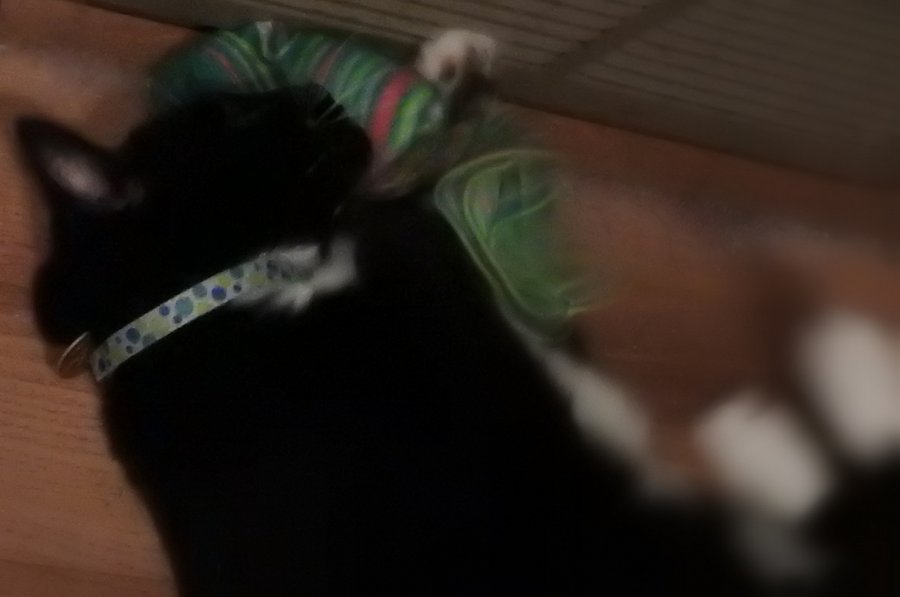 This is Dobby on catnip. I filled an old sock with catnip and he acted like he was a kitten again! 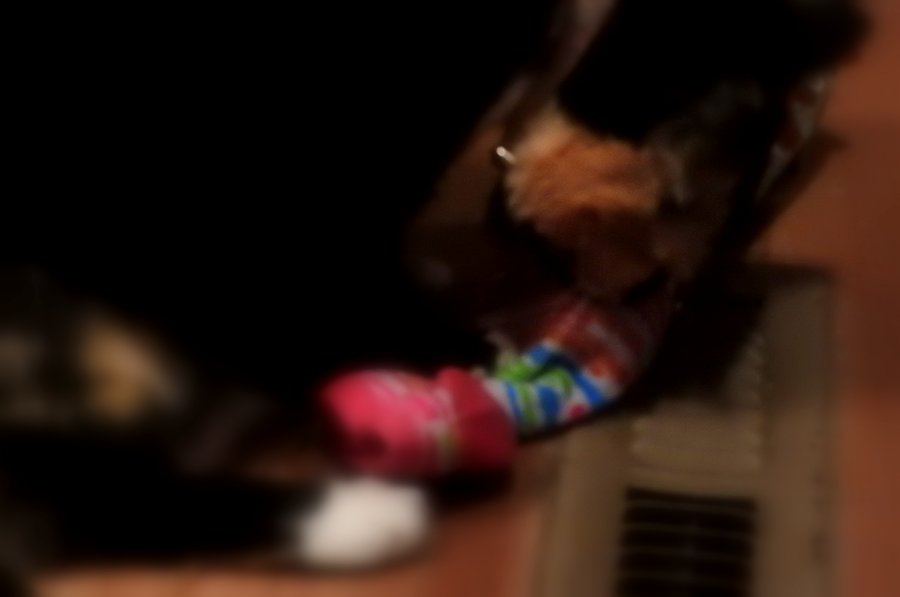 Kimba also got a catnip sock.

We (Fred and Mark and me) spent the afternoon quietly reading as we listened to Christmas music and waited for the turkey to cook.  We were hosting the family Christmas party.  Here, again, I was trying to fill Sherill’s shoes.  Mark and I cleaned and decorated Fred’s house for having family over for dinner, and I cooked the turkey that Mark had been given at work.  Mom and Fred had been worried about how the turkey was going to come out because no one in my family has ever thought of me as being a very good cook, but actually, I am not bad at it.  There were nine people here for dinner including Mark’s mom, Marilyn, all of my family (except Jamey and Sage), and Fred.  Everyone raved about the turkey as though they were surprised that I could have done so well, and then tonight, Fred praised Mark and I for pulling the whole thing off.  I suspect I didn’t do things quite the way Sherill would have, but we still managed to have a good gathering. 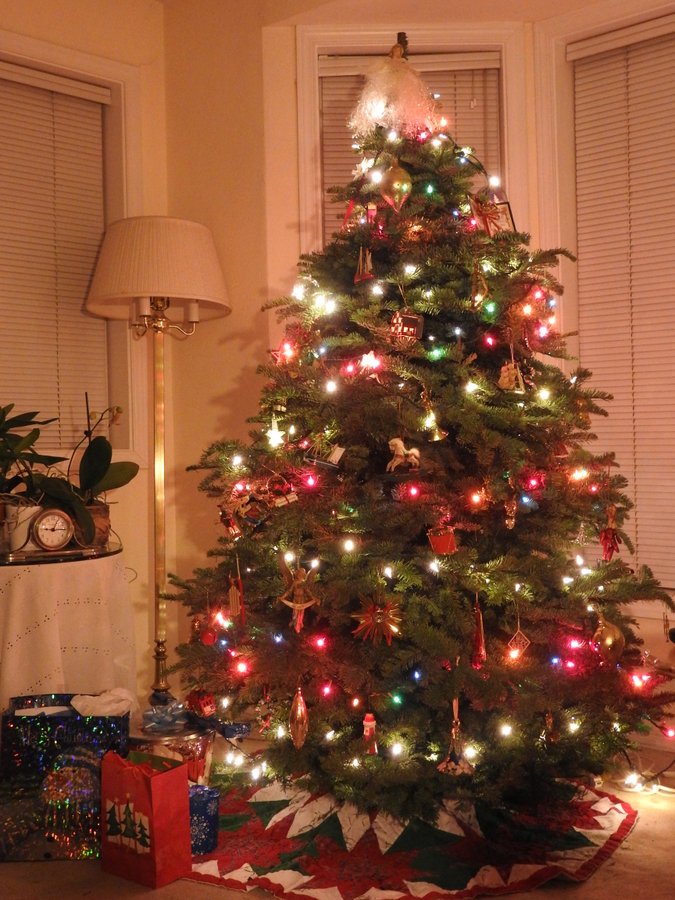 It was sad not having Sherill here.  When Lauryn and I were at Sherill’s graveside this morning, Lauryn said, “She’s not here” and we both knew that she meant Sherill is in heaven now.  Lauryn summed it up better than I could have…”The more loved ones we have over there, the more I want to be there.”  It leads us heavenward.