When my nephew, Nate, was young, my sister Lauryn decided to do the gift giving on New Years Eve so that the family could focus on Christ’s birth on Christmas.  She figured it would be appropriate to start the New Year with new things, so the biggest family party of the year has ever since been New Years Eve with Lauryn as the hostess extraordinaire.  The food was always fantastic, but the biggest event was the gift exchange, especially the white elephant exchange.  Her parties were always the highlight of the year.

I really missed being with my family for New Years Eve this year, but while they were all gathered at my older sister’s house (Lauryn and her family have moved to southern Oregon), my son called me on his speaker phone and I got to talk with all of them last night.  Thank you, Graham Bell!

This morning Mark and I got up and dressed and I made oatmeal with craisins.  We read the Christmas story from Luke 2 and I was able to quote part of it from memory.  Then we opened presents.  I think Mark’s favorite gift of all the gifts I gave him was a miniature Ford truck with something in the bed that holds a 5th wheel.  He’s had his eye on one in town for several weeks, so I could say I got him a truck for Christmas!  I’d say my favorite gift from him was a graphic novel called Rogue Angel: Teller of Tall Tales.  It’s been a while since I’ve read a young adult novel. 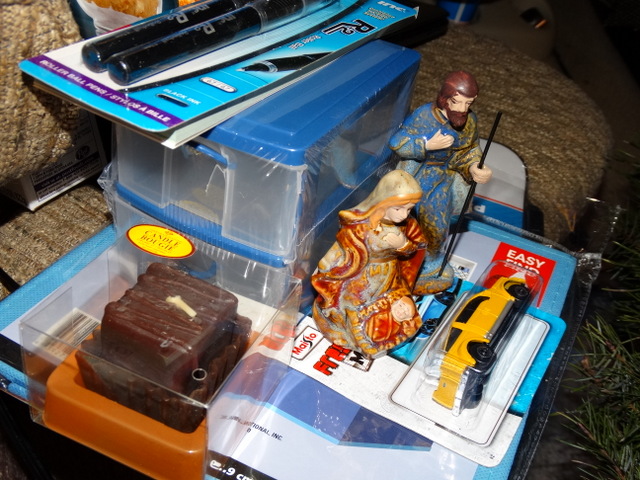 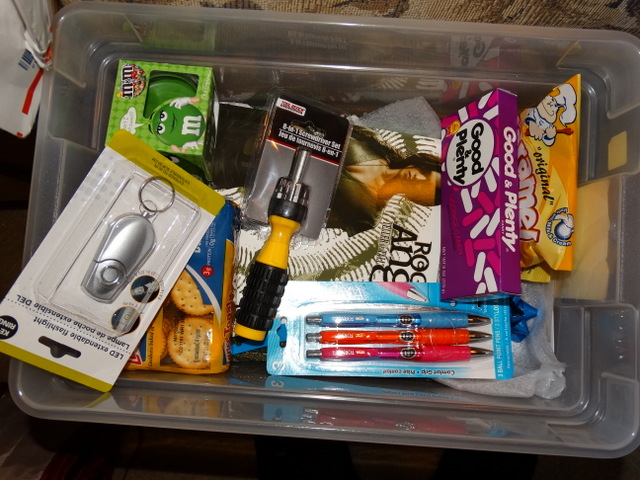 I believe we actually spent more money on presents for the cats than we did on each other.  We got a crinkly tunnel, mostly for Dobby because he likes to lie on crinkly things.  And we got a scratchy arch for Kimba because she loves to rub up against things.  The really fun part was that the scratchy arch came with some catnip to get the cats initially interested in it.  Mark and I poured some catnip into a hole on the bottom, but when we turned it over some of the catnip fell out.  Both cats got a little high on it! 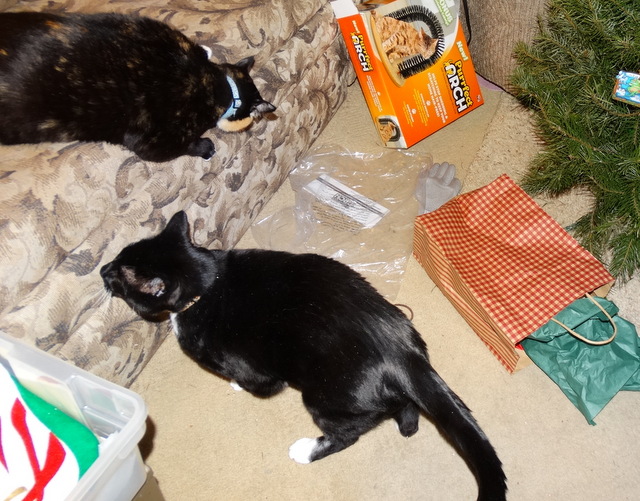 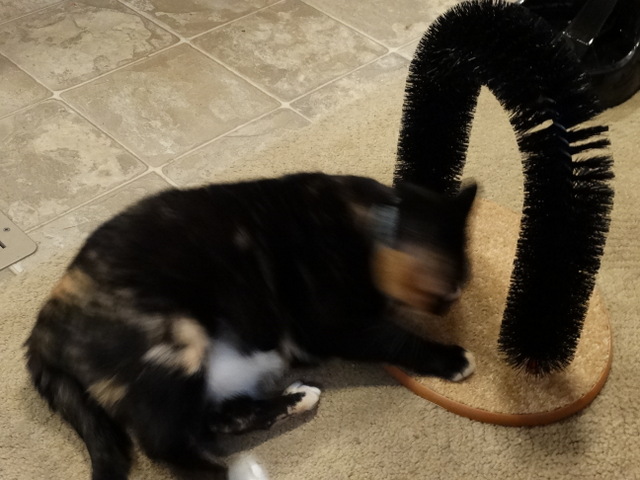 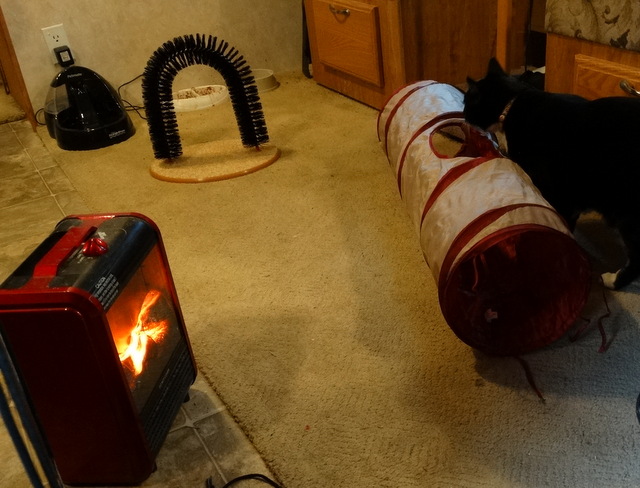 Dobby checking out the crinkly tunnel in front of our “fireplace”

For “lunner” we had some halibut that Mark has saved for a special occasion ever since we were in Alaska.  We also had some Martinelli’s sparkling cider, and for dessert, I had a miniature apple pie and Mark had a couple pecan tarts we got at the store.  We watched a History channel show about the Crusades, a movie called “Ever After” that was kind of a Cinderella story, and a National Geographic show about Hannibal vs Rome.  We’re making up for lost time on getting to watch any TV or movies.  It’s been a very relaxing day.

Tomorrow will be a busy one, but I’ll leave that to write about tomorrow.  I will leave you with a close-up of one of the ornaments I bought in Alaska last summer: 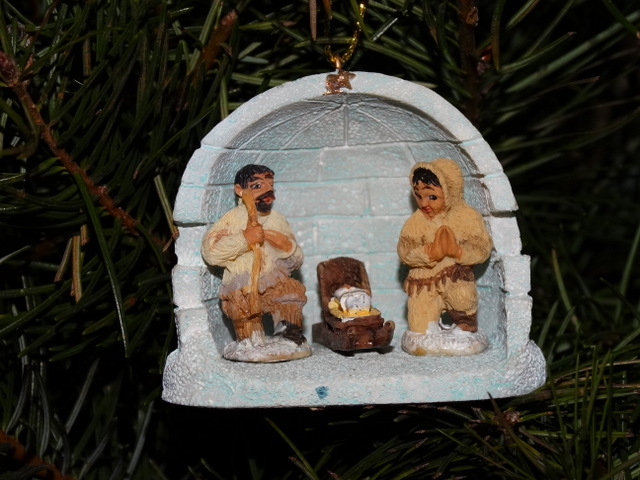