I don’t normally write on the days I work because, really, how exciting can it be in a tax office?  Not exactly something to write home about.  Today was the exception.

Today has been super busy because we are in the height of our first peak season.  I was on the phone with a client when I saw a young man in sweat pants and a hoody come in the door.  I signaled that I’d be with him as soon as I got off the phone, as I usually do, but he looked impatient.  A few seconds later he headed back toward the tax pros’ cubicles on his own.  I thought maybe he was one of their sons.

I got off the phone and one of our tax pros, Nic, came up and told me to keep an eye on the man who was now on the sidewalk not far from my window.  Nic said he was suicidal and that the police had been called.  I watched until I couldn’t see the man any more, so I walked back to see if I could see him in any of the other windows.  I had just reached our side door when the young man walked in through that door and headed back toward the office of Mary, another of our tax pros.  I went back to my desk and began praying and watching for the police.

Kim, the third tax pro in that area, came up to see if the police were there yet and she asked me to call 911 again.  I called 911 and they transferred me to the police emergency line where I was on hold for a minute before someone came on the line.  I told the woman who finally answered what our situation was and she said she thought someone from our office was already on the line with them, but Kim confirmed that Mary had hung up to talk to the man.  The woman on the phone asked me to hang on until the police came.  I told her that Kim had reported to me that the young man had said he felt like harming himself or someone else.  We had an office full of tax pros and clients, including two young children, most of whom were unaware of what was happening.

Kim was going back and forth so she could report to me anything that the woman on the phone might need to know.  At one point, Kim reported that the man was taking pills but she didn’t know how many or what they were.  The man said he was in pain.

Finally, the police and the EMT’s arrived with a stretcher.  They were back there talking with the man for a while, and then I saw the EMT’s taking the empty stretcher out.  I looked at them questioningly and they said the man had another ride.  I didn’t understand what they meant until I heard that the police had taken him out the side door and were taking him away.

Those of us who knew what had just taken place were all shaken, but there was no time to process the experience.  We were so busy today that the tax pros barely even had time to eat.  I think I had fifteen or twenty minutes to eat my lunch.  I had been waiting for the other receptionist to come and join me, but she has come down with pneumonia, so it was like a three-ring circus for me all day.  It wasn’t until I got in my truck at the end of the day and was driving home that it all hit me.

I am fine, but I just needed to talk about this and get it out of my system.  Mark came home and held me for a while, and then my older sister called and talked with me for a while.  I’m OK now. 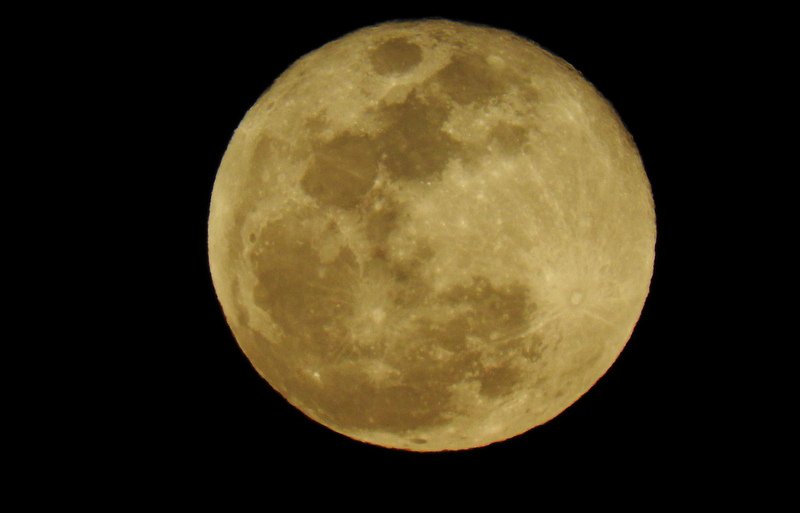 Mark just called me out to look at the moon. It’s full tonight. That could explain a few things!

1 thought on “A little excitement at work”