Today was Mark’s and my fifth wedding anniversary.  Yep, five years ago we eloped with a Quaker minister and two LDS missionaries for our witnesses.  It’s been the best five years (plus the two we knew each other before we got married) of my life!  🙂

We got up early this morning and drove to Fort Smith, Arkansas with what, for us, seemed like a considerable amount of spending money.  We had promised ourselves a new camera for this anniversary, and I had done some research ahead of time as to where to go and what to look at.  We ended up buying a Sony HX 300v.  It does really good telephoto as well as macro.  In fact, the sales clerk demonstrated the macro by placing the camera right on some words with a little light coming in, and the picture was clear.  It will do panorama shots so we can take a picture of the whole Activity Center with people in it.

We also got haircuts today — the first we’ve had since my sister cut our hair the night before we left the Portland area in February.  The temperature was up to 98 degrees today so it was good to get the hair off my neck and face!

This evening we went out to dinner at a nice Italian restaurant in Salisaw.  This weekend we have a church group that has basically taken over the park, and they’re going to show a movie of a Christian comedian named Tim Hawkins in a few minutes.  That will be our dinner and movie!

Now here are some pictures from our brand new camera: 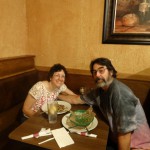 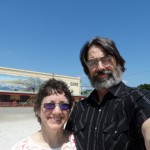 Mark & Denise taken from an arm’s-length away 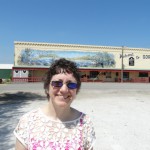 Denise in front of the biggest building in Gore! 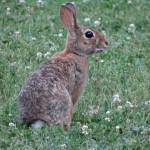 1 thought on “Our anniversary”