The newest neighbors on my block are Christians, and the husband, Matthew, works at Camp Zion.  I’ve been talking with his wife, Hannah, about it and had a desire to see it myself, thinking perhaps the kids at my church would like to go to camp there.  Today I called Dale and Carol, the managers of the camp to ask if I could come, get a tour, and take pictures and they said yes.  I brought Tucson thinking I’d leave her in the truck while I looked around, but they welcomed her as well. 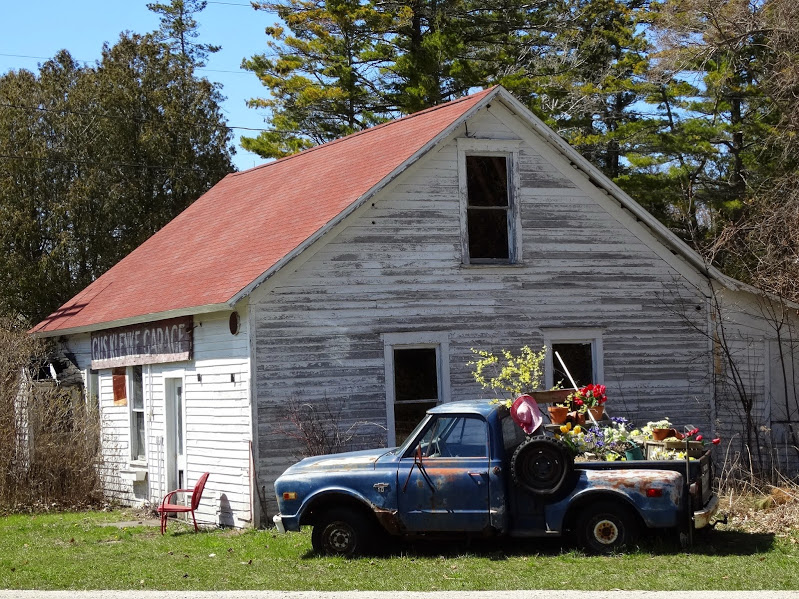 Historic Gus Klenke Garage – turn down Garret Bay Rd. which is practically across the street from the end of my road. 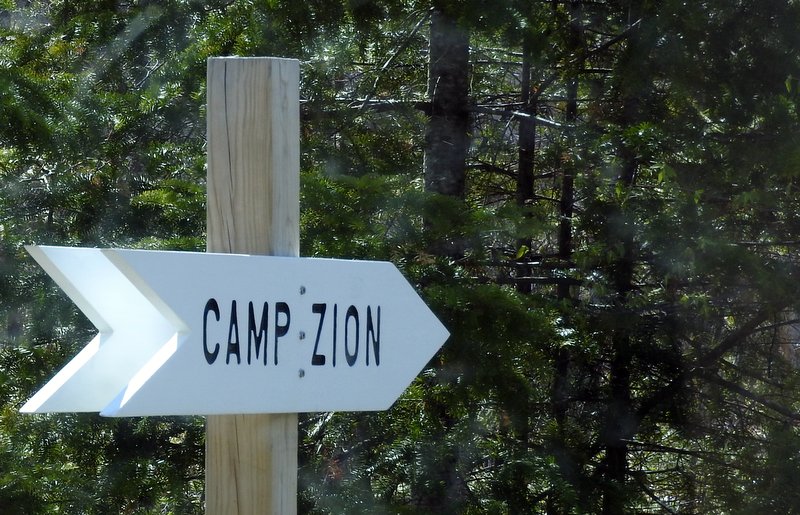 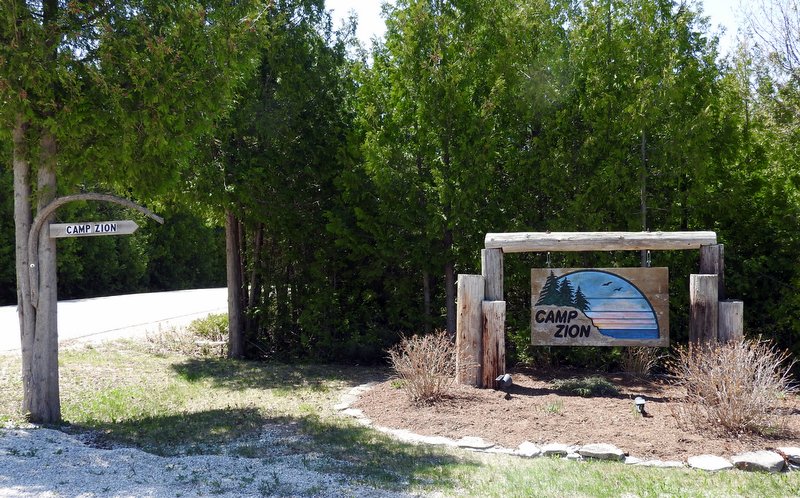 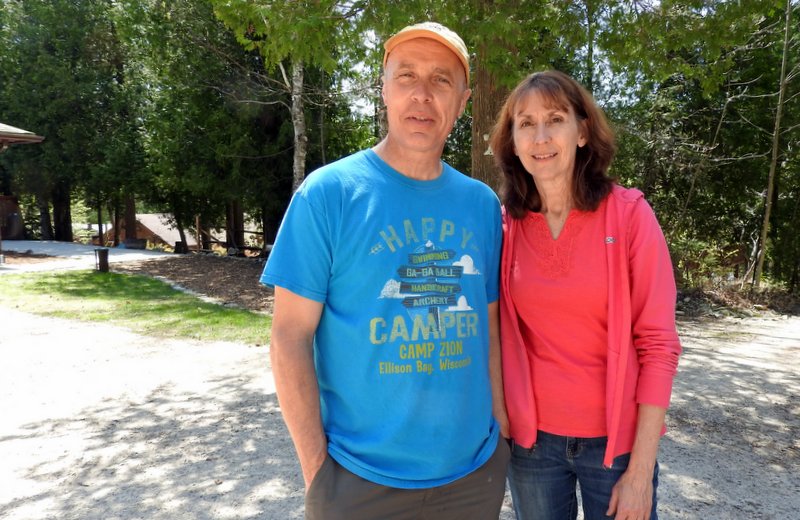 Dale and Carol – camp managers.  Dale took me on a tour of Camp Zion. 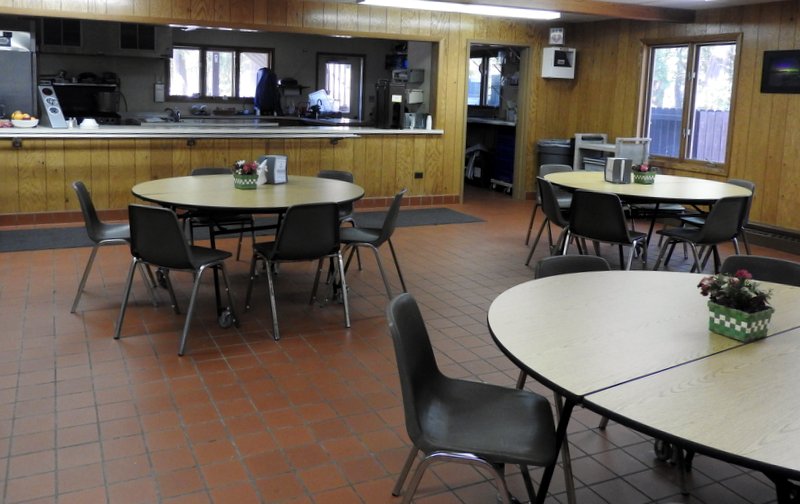 Dining hall:  Currently set up for a women’s quilting retreat, but when the kids are here, they pack in the long tables. 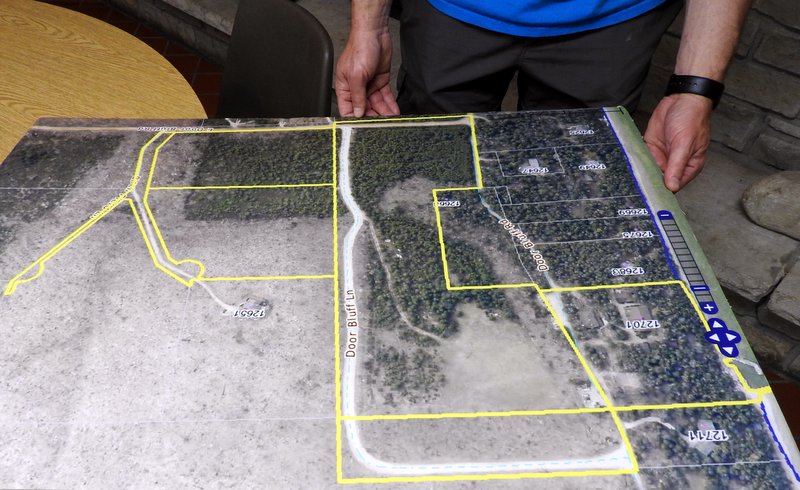 Aerial map of the campground

Dale told me an interesting story about this map.  The campground used to only consist of the section to the right of Door Bluff Ln.  They wanted to enlarge the dining hall so it could accommodate more kids, so several years ago they got a permit.  The neighbors appealed and won the appeal because the camp needed to have twelve more acres in order to enlarge anything.  Someone from the church that owns the campground sold the parcels on the left to Camp Zion and Dale tried to say he didn’t need the extra road shown to the left, but the seller said, “No, you need that road.”  Dale thought that the parcel that they were acquiring was only ten and a half acres, but when someone came out to measure the new addition, he said, “Dale, you aren’t going to believe this.  The new parcel, with the road, comes to 12.1 acres!”  Dale said that God new they needed that road.  They are now preparing to build an addition to the dining hall! 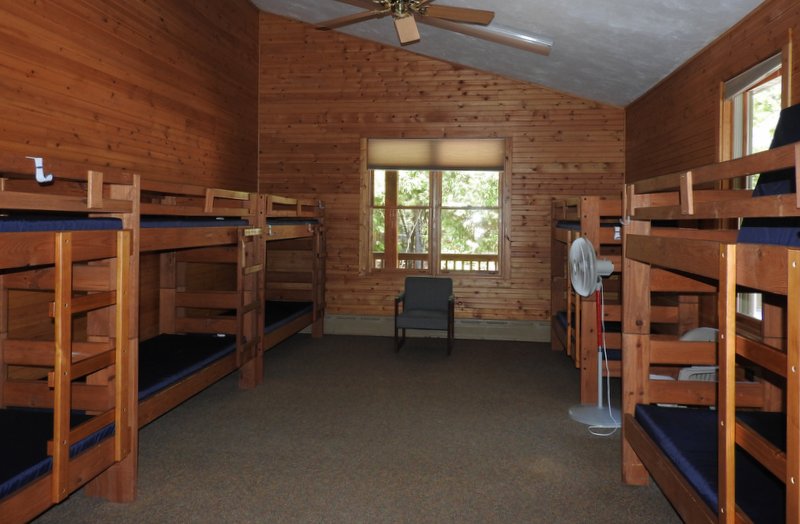 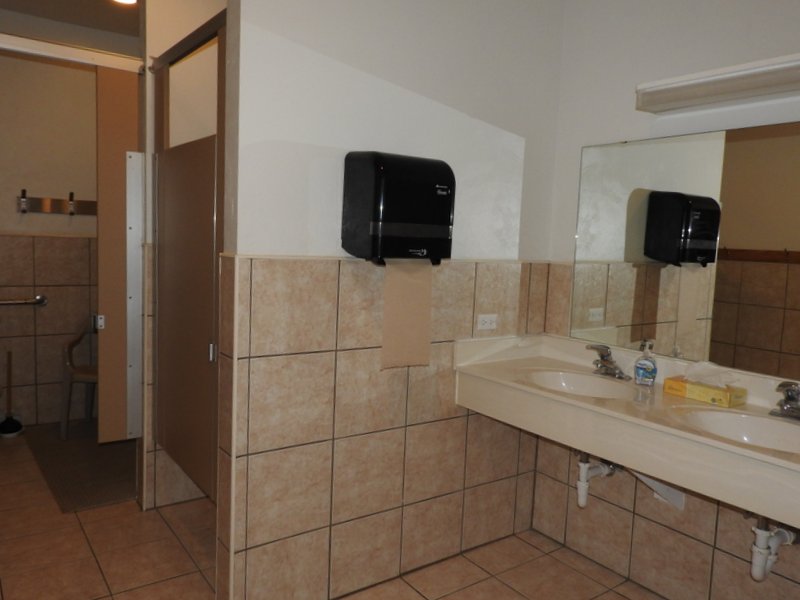 …with an indoor bathroom! No traipsing through the dark with a flashlight to get to the bath house!

They have a craft cabin 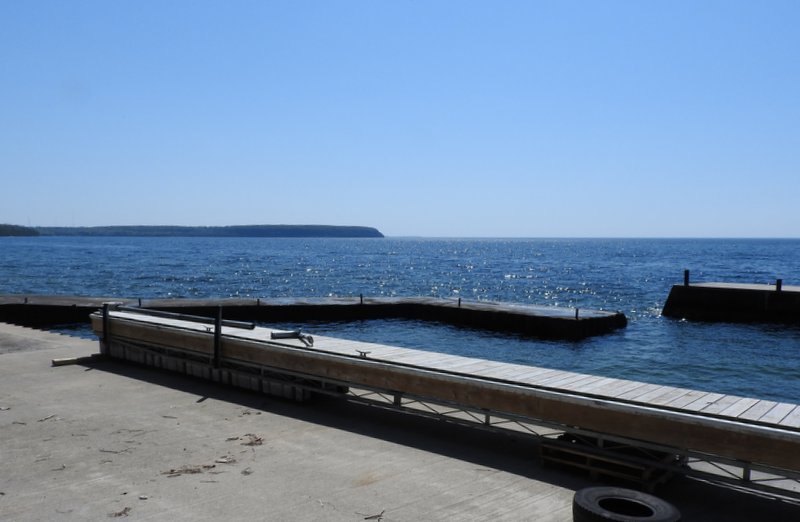 Ellison Bay is their swimming hole! They can also use inner tubes, kayaks, and go out on a boat ride. 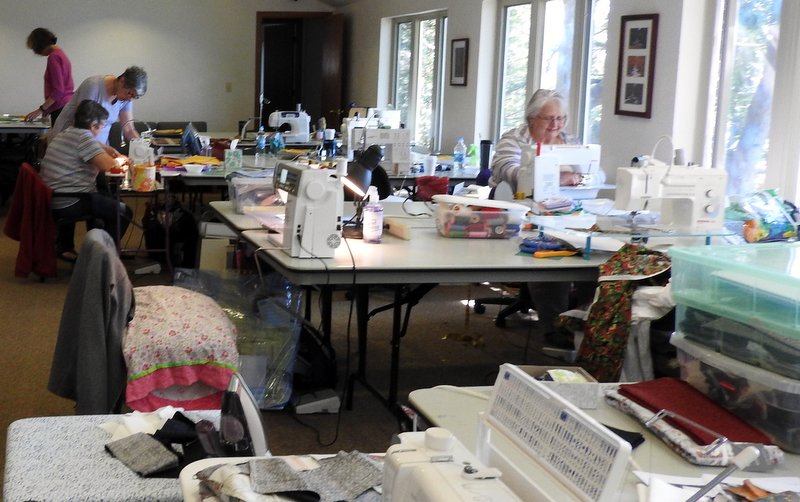 This is an activity center which is currently being used for the quilt retreat. 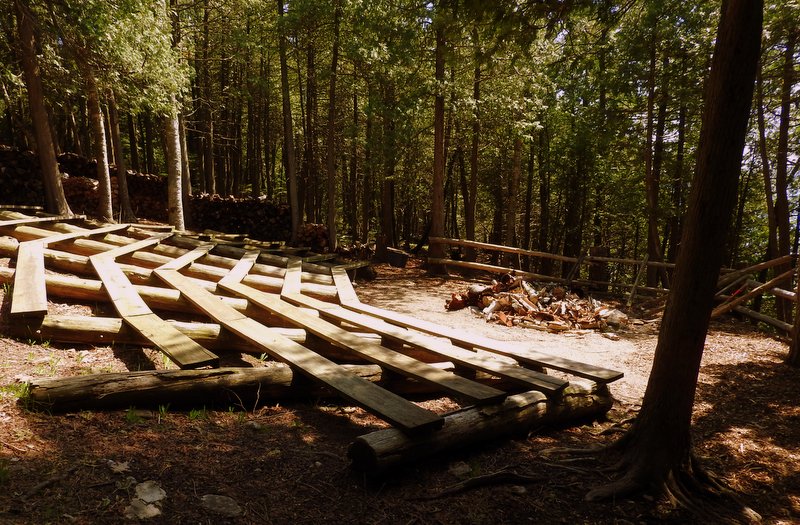 Campfires at night are conducted here. 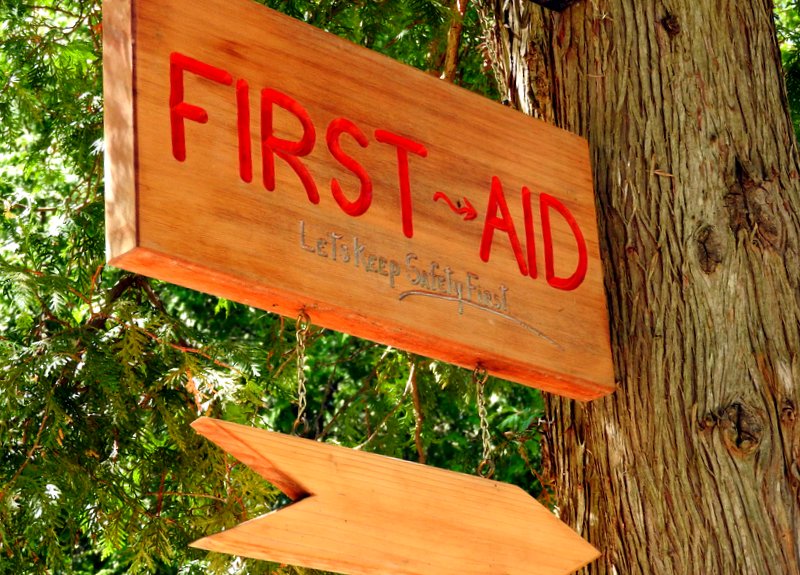 They do have a first aid station 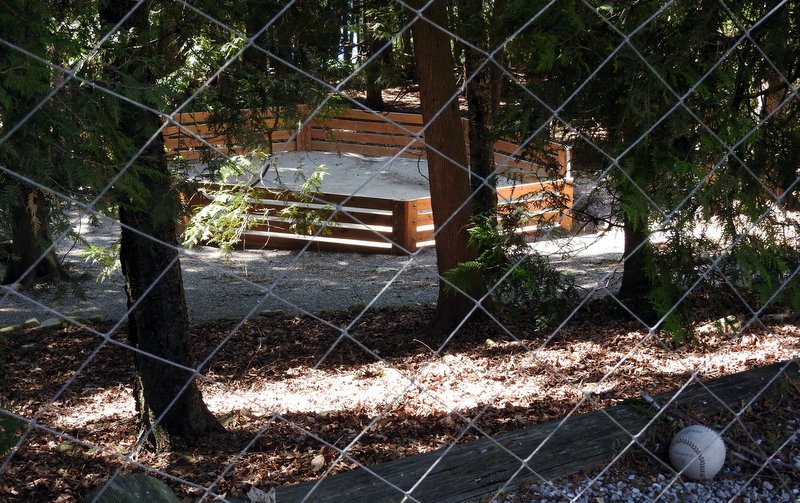 They have basketball, soccer, swings, and this enclosed area for a game called Ga-ga Ball. Dale says Ga-ga Ball has become so popular that the kids tend to choose that over archery! 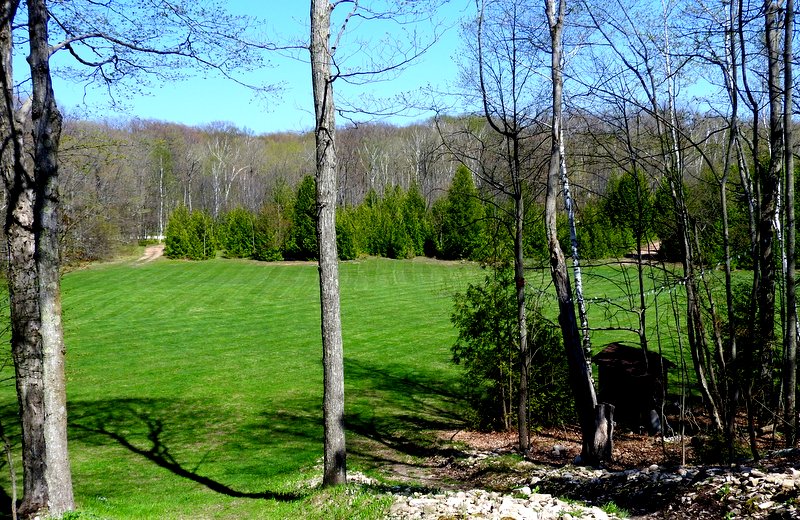 There’s a big, open field where they have other activities like archery or star gazing. 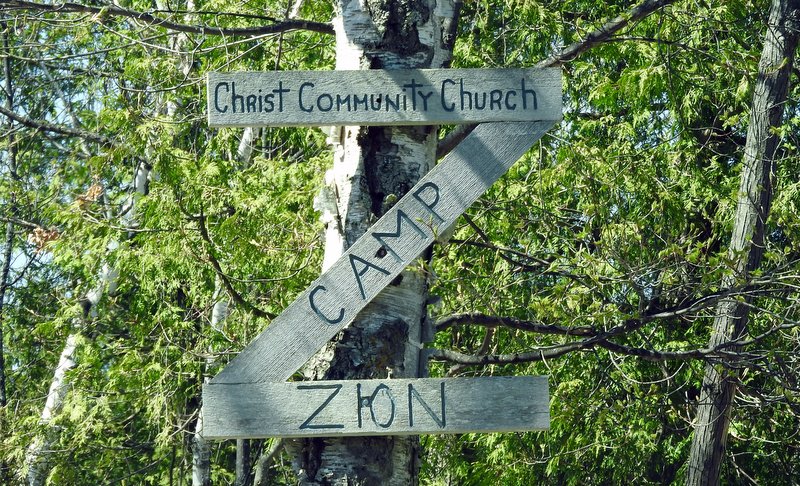 This camp is owned by a church in Zion, IL and about a third of the campers come from that church, but other churches send their kids here as well.

Dale says that the main purpose of Camp Zion is to introduce kids to Christ or to help them grow their faith.  I remember camps and retreats doing that for me when I was young.  I enjoyed the tour this afternoon!