Happy belated Easter to all you who don’t get my blog till the next day!  This is the first Easter in my entire life when I have worn a sleeveless dress; it was nearly 90°! 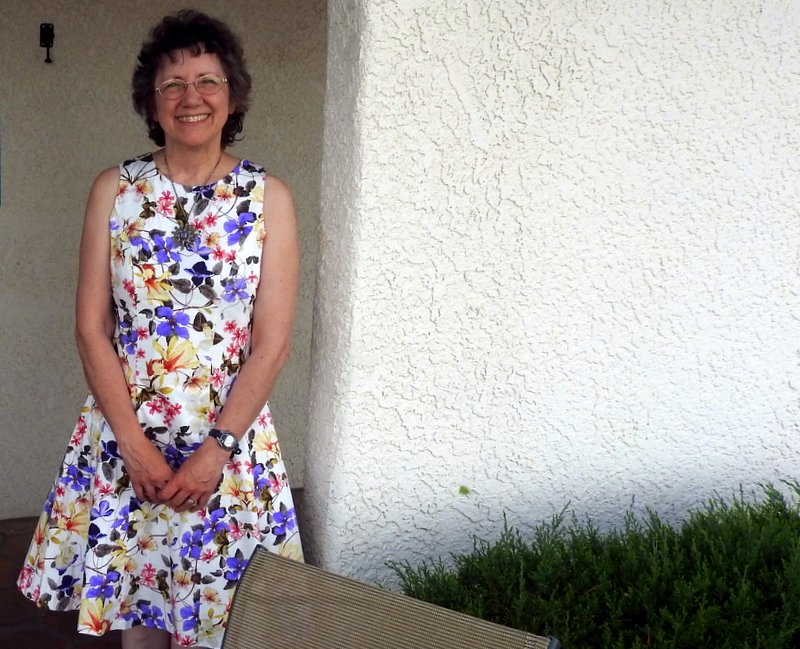 Mark bought me a new dress for Easter!

I have kept in touch with the pastor I had when we were working in Nevada, Doug Vaughan, and this week he sent out a very interesting post to the church there.  Read on…

5 Facts about Good Friday and Easter

This week marks the two holiest days on the Christian calendar, Good Friday and Easter. Here are five facts you should know about these days of religious observance:
1. Good Friday commemorates the crucifixion of Jesus Christ and his death at Calvary. The historical origins of the “Good” in Good Friday remain unclear, though some entomologists believe the term “good” is an archaic form of “holy.” The holiday is also known as Holy Friday, Great Friday and Black Friday. In the United States, 12 states observe Good Friday as a state holiday: Connecticut, Delaware, Florida, Hawaii, Indiana, Kentucky, Louisiana, New Jersey, North Carolina, North Dakota, Texas and Tennessee.
2. The day before Good Friday is known as Maundy Thursday. The term “Maundy” is derived from the Latin word mandatum (commandment). The term refers to the commandment given by Jesus at the Last Supper: “A new commandment I give to you, that you love one another: just as I have loved you, you also are to love one another.” (John 13:34)
3. The Christian scholar Bede (673-735 AD, aka, the Venerable Bede) claimed in his book De Ratione Temporum that Easter was named after Eostre, a pagan goddess of the Saxon people in Northern Europe. Later scholars, however, claim that the term derives from the Anglo-Saxon word “oster,” meaning “to rise,” or for their term for the Spring equinox, “Eostre.”
4. In Medieval Europe, Christians would abstain from eating eggs and meat during Lent. Eggs laid during that time were often boiled to preserve them and were given as Easter gifts to children and servants. Some traditions claim the Easter egg is symbolic of the resurrection of Jesus, with the shell of the egg representing the sealed tomb and cracking the shell representing the Resurrection. Christians in the Middle East and in Greece painted eggs bright red to symbolize the blood of Christ.
5. Almost all scholars agree that Jesus was crucified in the spring of either A.D. 30 or A.D. 33. In their book, The Final Days of Jesus: The Most Important Week of the Most Important Person Who Ever Lived, Andreas Köstenberger and Justin Taylor contend that the exact date of the first Good Friday was Friday, April 3 and the first Easter on April 5 A.D. 33. Their assumption for that date is based on the beginning of Tiberius’s reign (A.D. 14), the beginning of John the Baptist’s ministry in the fifteenth year of Tiberius’s reign (A.D. 28), the beginning of Jesus’s ministry (A.D. 29), and a minimum three-year duration of Jesus’ ministry, putting the most likely date of Jesus’s crucifixion in A.D. 33 (April 3). “While other dates are possible,” say the authors, “we believers can take great assurance from the fact that the most important historical events in Jesus’s life, such as the crucifixion, are firmly anchored in human history.”