From the time Mark entered Door County, he has been staying with a couple from my church, John and Georgene Mann.  They let him park the RV in front of their milking barn.  They didn’t have the right kind of hookups for him, but between his generator and his propane tank, he managed.

Today Mark moved north to Wagon Trail Campground in Rowley’s Bay.  On his way, he stopped to take pictures in Sister Bay:

The ice in Sturgeon Bay melted a few days ago, but it’s still frozen in Northern Door! 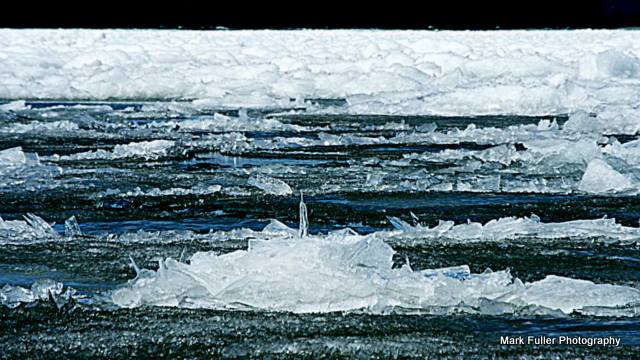 Mark said there was a wind today and the ice on the water made a sound like crushed ice when you shake the cup.

Tim and Kathy were glad to see Mark.  Kathy gave him a hug and asked how I’m doing.   He was able to refill his propane tank and he now has electricity at the campground.  The water isn’t turned on yet, but Mark has water in his tank.  Wagon Trail isn’t open for camping yet, but Tim and Kathy made an exception for us.  Mark says he feels like he’s home!

One week from today, Mark will be catching the train that will bring him back to me!  🙂