We had an opportunity to sleep in this morning which helped considerably when we went to the training this afternoon.  The training ran from 1:00 to about 5:45 and it mostly covered stuff we had already learned about how to do an inspection report.  There have been some improvements made to the template even since we did our mock inspections this summer, so it was good to see those.  They also acknowledged some of the glitches I had been having trouble with when I did the reports from our mock inspections but didn’t seem to have fixes for those yet.

Probably the most interesting part was at the end when other inspectors began to share some of their experiences on various inspections.  They talked about some problems they had run into and how they had resolved them.  There are some very creative people doing this business!  I haven’t mentioned that Mark almost got an inspection the last week before we left Door County, but it was called off because the seller didn’t want to undo the winterizing he’d done in order for the water system to be tested and the buyer decided to not buy the RV.  One of the inspectors today was talking about how he had improvised a test with an RV that had been winterized.  His system would have worked, in this case, but at the time we were glad the inspection fell through.  Mark was coming down with his cold and we had things to do to get ready to leave, so the timing was really bad for us.  Still, if that type of situation comes up again, we might be able to utilize this idea. 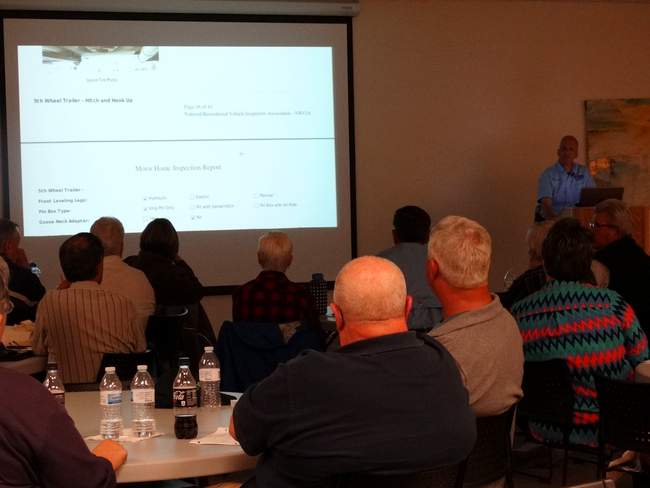 The speaker was named Howard. I haven’t caught his last name yet, but he’s going to be our IMT/supervisor in Florida.

These are the five IMTs (supervisors of different sections of the country). The two on the left are Sally and Bob. They’ve been our IMT’s in Wisconsin. The one on the far right is Howard who will be our IMT in Florida. 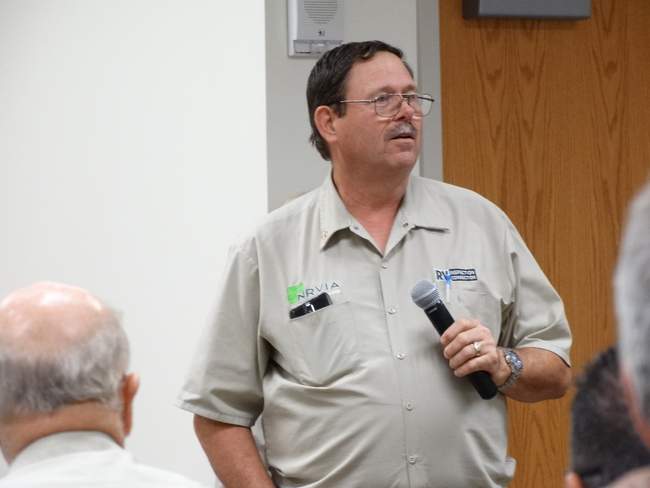 This is Terry Cooper. He’s the head of the RVIC. He did Mark’s first training.

I’ve been holding off on publishing this blog waiting for news about my stepfather, Cal Stout.  He had his surgery this afternoon although it was two hours later than originally scheduled so I’m getting the report late.  My older sister, Sherill, stayed with my mother until she went home, so she’s the one I heard from.

There was a large tumor on the side of Cal’s thyroid and the doctor removed that.  In fact, the doctor was able to remove 97%-98% of the cancer.  There are two locations that the doctor couldn’t reach.  One was going down into Cal’s chest right below the thyroid.  There were too many blood vessels in the area and the doctor didn’t want to cut those.  At least that explains why my stepfather was complaining about chest pain.  The other area the doctor wasn’t able to fully remove the cancer was on Cal’s esophagus.  The doctor said that’s a muscle and if he’d accidentally cut that with his scalpel there would have been bigger problems.  The doctor removed all but a couple nodes on Cal’s vocal cords, but he didn’t seem to be concerned about those nodes.

Cal is now facing six weeks of daily radiation treatment (weekdays).  My mother asked if chemo would also be used and the doctor said he was not going to use chemo because it was a “quality of life” issue.  My sister interpreted that as meaning that in spite of the surgery and the radiation treatment, the doctor is only viewing this as an extension of Cal’s life.

But Sherill, herself, is a walking miracle.  In 2006, she was diagnosed with multiple myeloma, bone cancer.  It’s supposed to be fatal and most patients don’t survive more than eight years after diagnosis.  Half way through chemo treatment, Sherill believed God was healing her, so she stopped the treatment.  She is still alive and well after more than nine years.  Not only that but she had broken or crushed so many vertebrae that she was all bent over like an old woman.  Several years ago several people began to notice that her neck was upright again.  That’s not supposed to be able to happen when bones have been crushed.  They don’t normally just grow back together again. 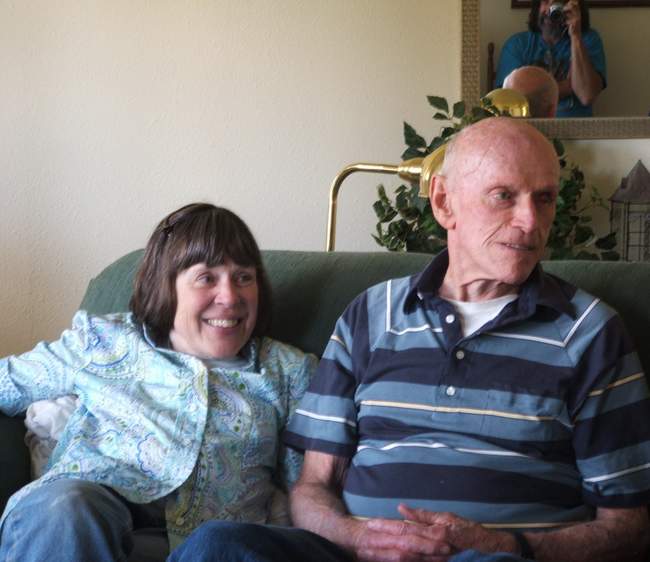 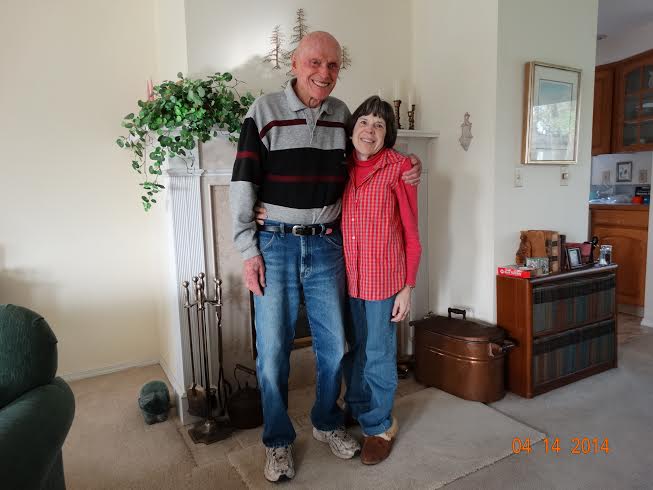 A more recent picture of Sherill

So Sherill said she’s not ruling out God’s ability to heal Cal.  Please, continue to pray for Cal and my mom. 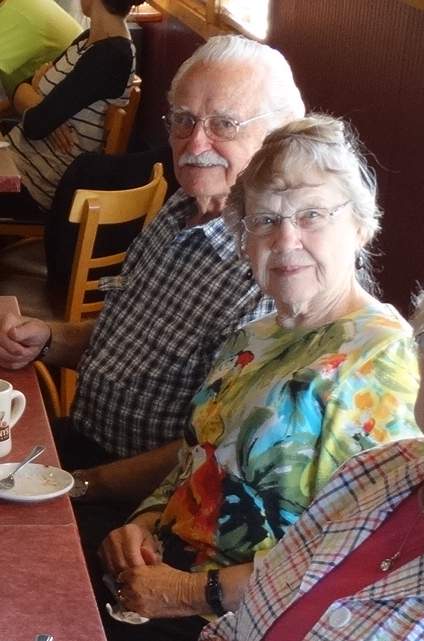 Mom and Cal a year ago