I’m not saying that it felt like summer today, but I had a bit of a glow on.  I experienced some things today I’ve never experienced before…a turtle laying eggs and the burning of the winter witch!

Mark and I had just finished our afternoon cleaning when we noticed Bob sitting in his golf cart next to the playground.  He was guarding the resident snapping turtle.  Last year she had laid her eggs in the sand on the playground, and a couple days ago Tim diverted her as she tried to make her way back up there again from the marsh.  Apparently she was not to be deterred.  Bob asked us to get our camera and I stayed there for a couple hours taking pictures. 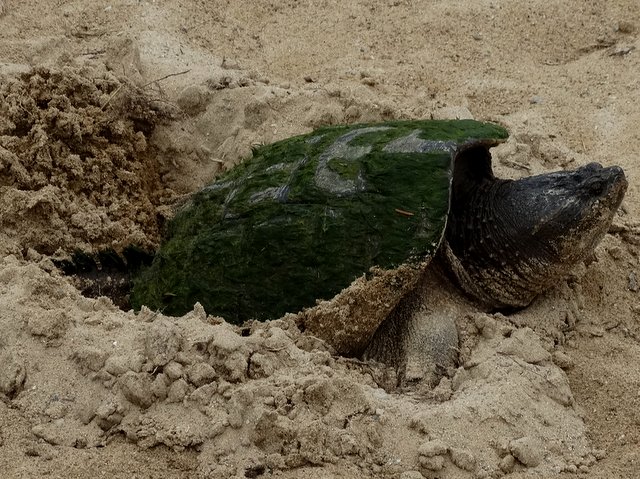 She was in the process of digging her nest when I first started watching her. 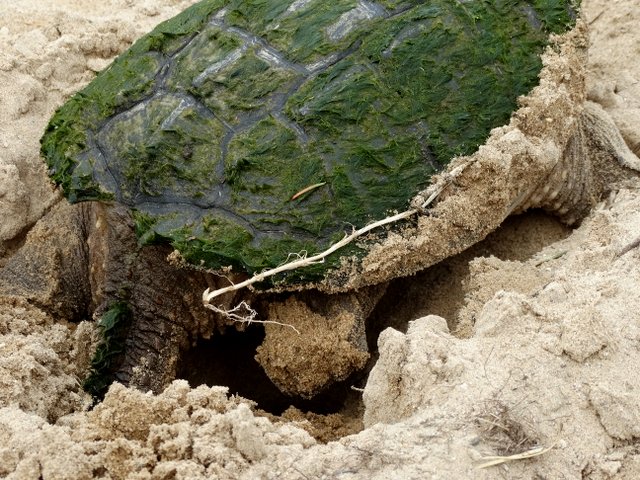 She’d put one leg down and pull sand out, rest for a few minutes, and then put the other leg down to scoop some out. 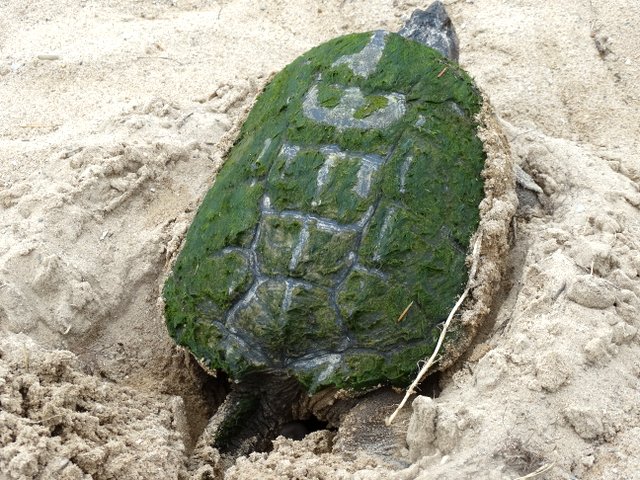 For the longest time she sat there not doing anything, as though she was tired. Then she began moving slowly up and down. You can just see an egg under her. 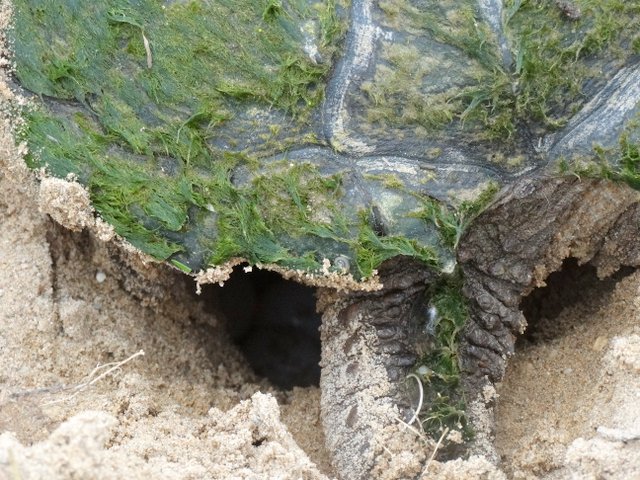 Here you can see three eggs under her. 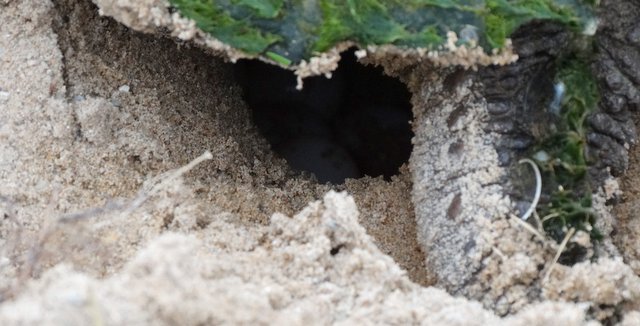 And now you can see four. 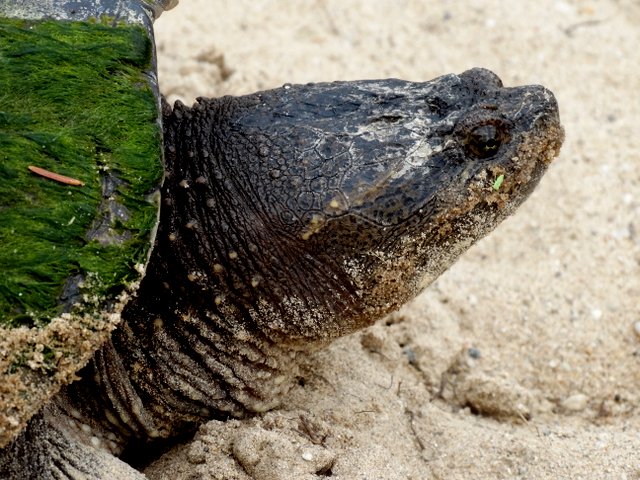 I tried to count, but I lost track around ten. Then she sat still for a long time, probably trying to build up some energy for the next chore. 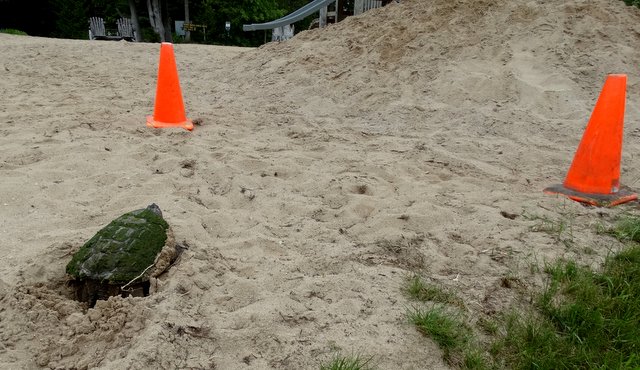 Of course children and adults began gathering to watch. Bob put cones around her to set a perimeter. One of the children said, “We should give her a name,” so we all sat around trying to think of a good name for her. I came up with the winning name — Sandy! 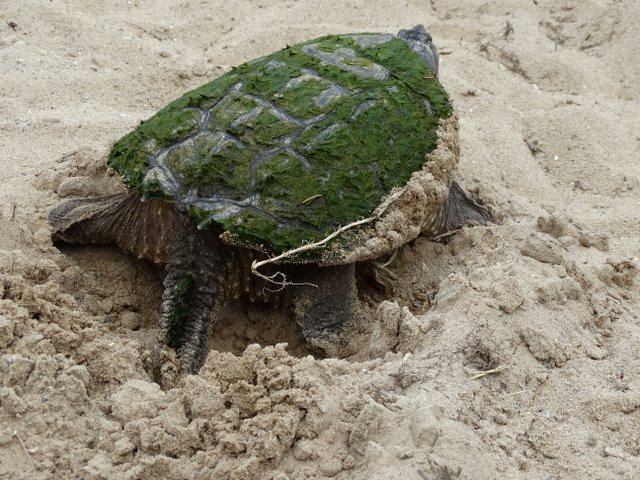 Finally she began pulling sand back down over the eggs. 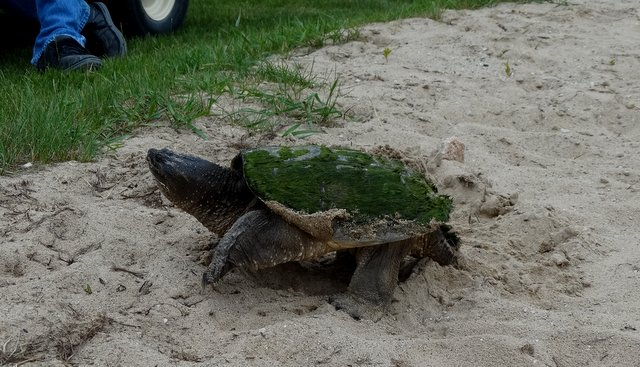 Then she made a circle of the area and was about to walk herself back to the marsh. 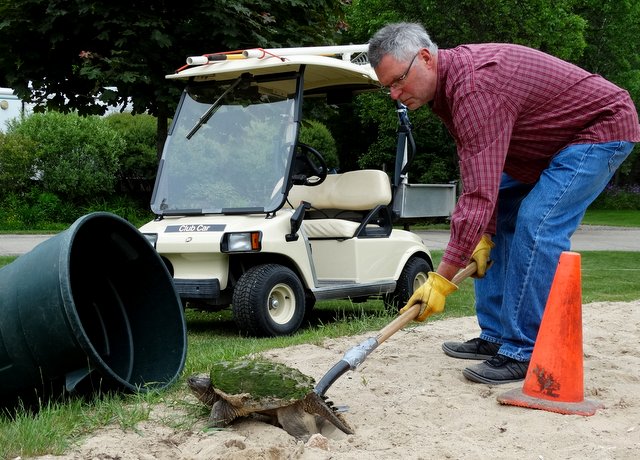 Bob wanted to spare her the long walk, so he scooped her into a recycling barrel… 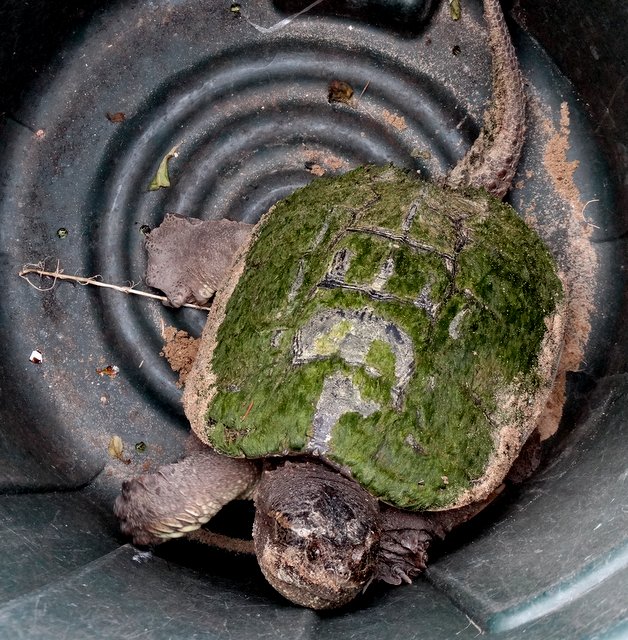 …and then he put the barrel in his golf cart and drove her back to the marsh. Once he released her she started turning back as though to go back to the nest. Bob tried to head her back the other way but finally gave up and drove back, leaving her to do whatever she had a mind to do. 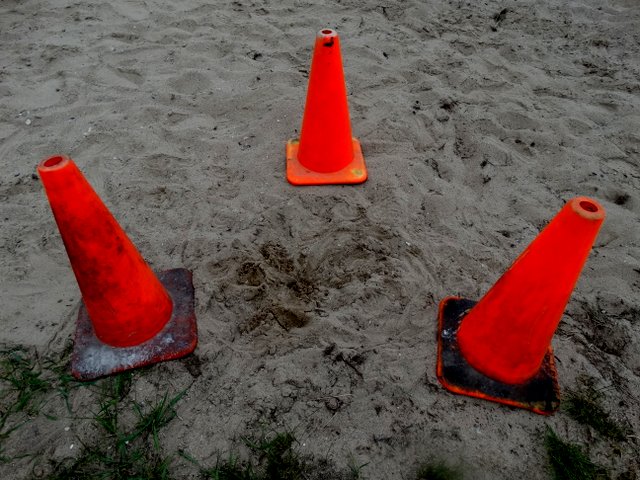 Meanwhile, I guarded the nest. 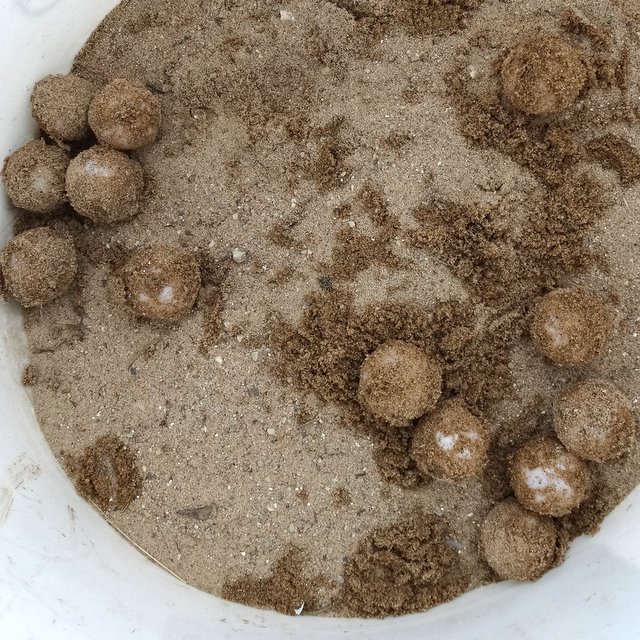 When Bob came back with a bucket, I carefully dug the eggs up and we put them in the bucket with sand over them. There were thirteen eggs! I thought they would be soft shelled, but they were kind of like small ping pong balls.  Bob put the bucket in the garage at the back of the office so that the children won’t disturb them.

When it was all over I went home and had dinner with Mark.  We did our evening rounds and then headed to Ephraim for the Fyr Bal (pronounced Fur Ball).  It’s supposed to be a Scandinavian tradition.  The town of Ephraim lights fires around the beach to burn the winter witch.  Then they have fireworks.  Mark and I made it there a little before dark. 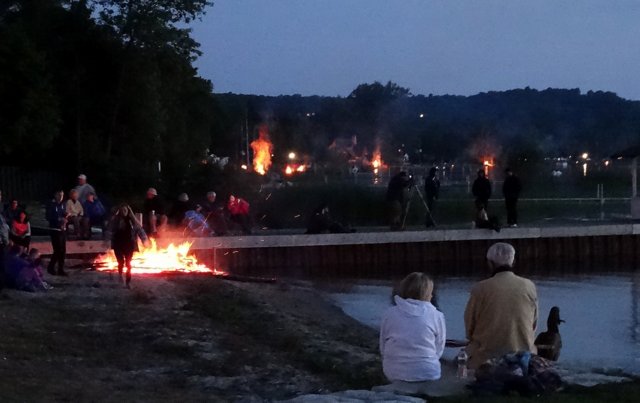 You can see several fires along the shoreline. 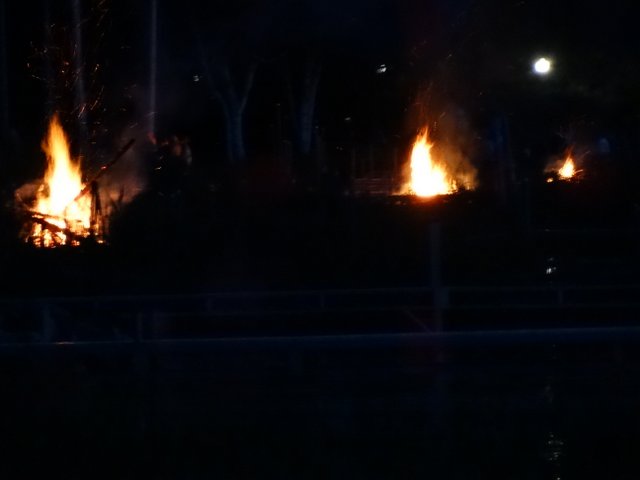 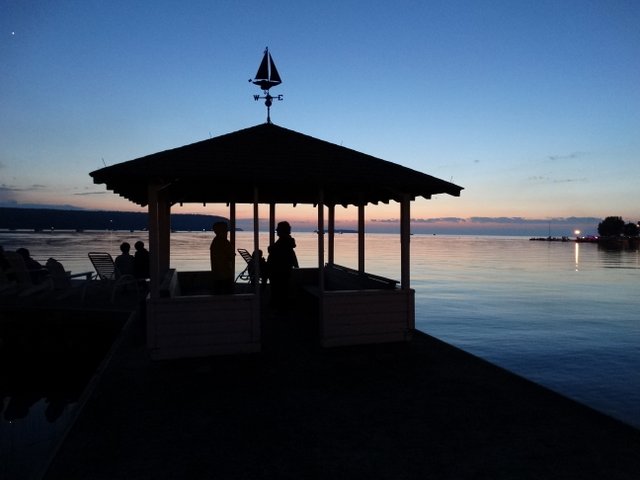 Looking out on the bay. 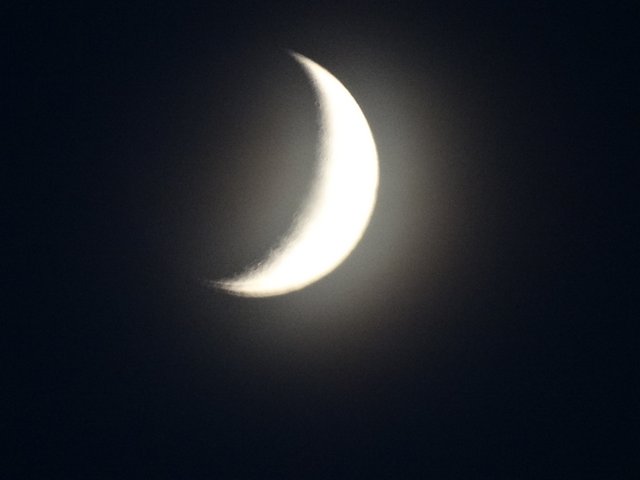 A sliver of moon was out. 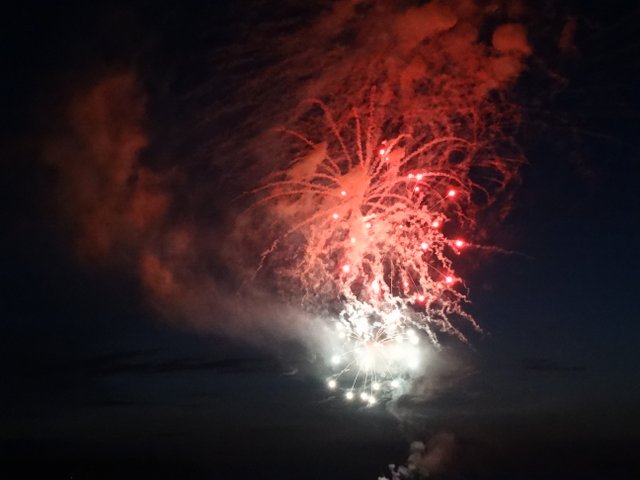 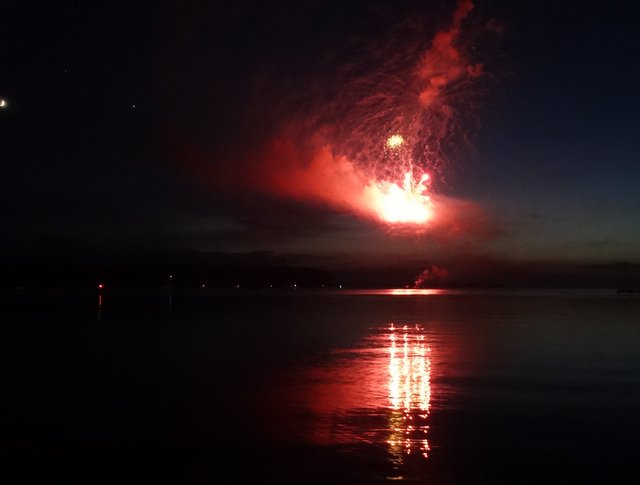 It was a spectacular display! 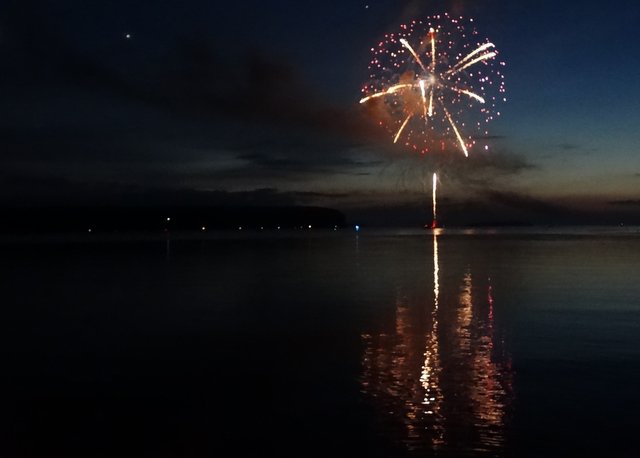 Shot from boats in the bay. 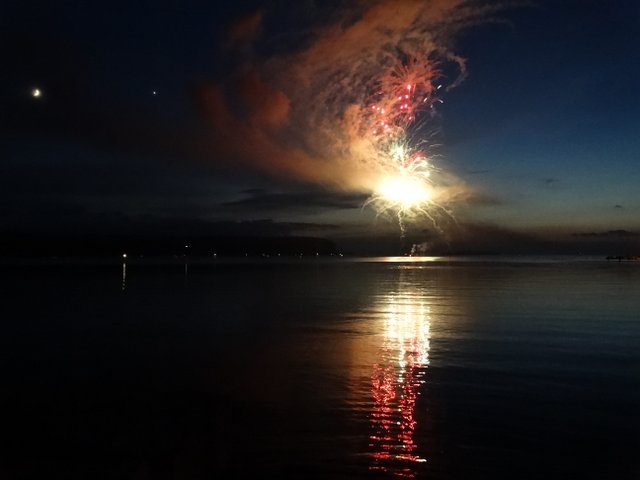 I loved the reflections in the water. 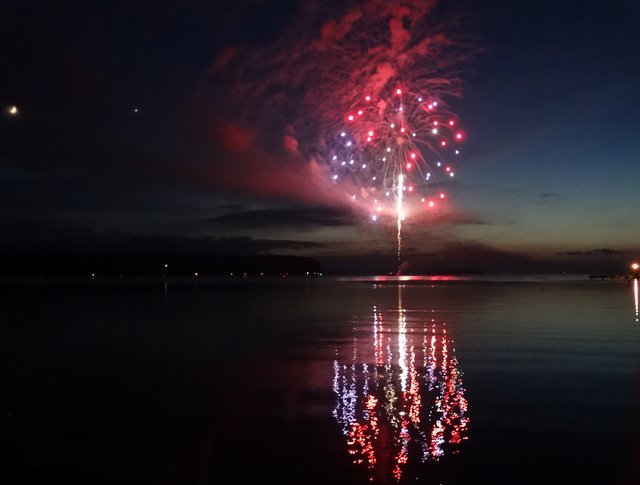 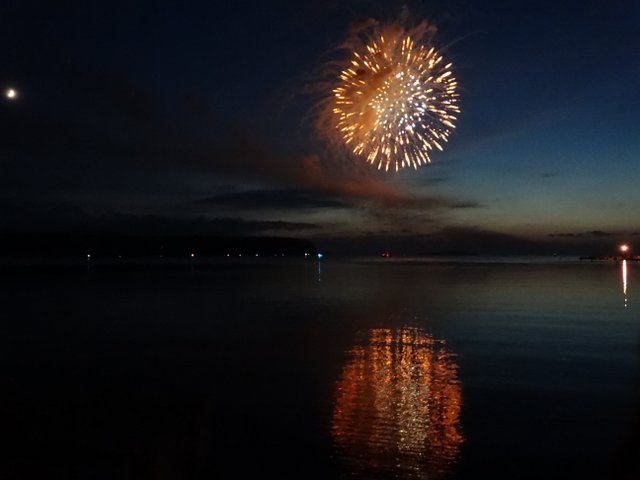 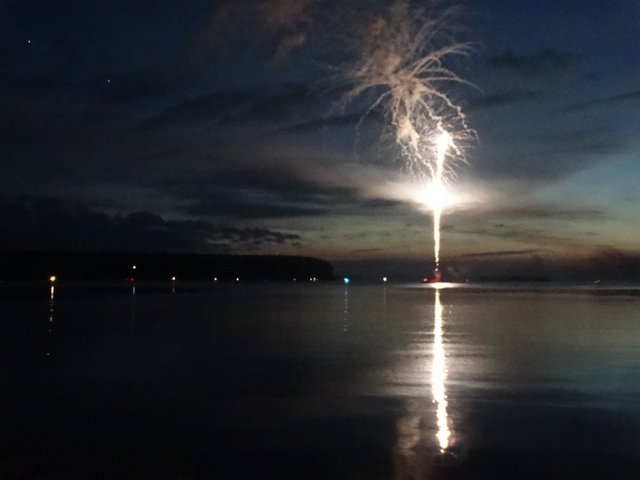 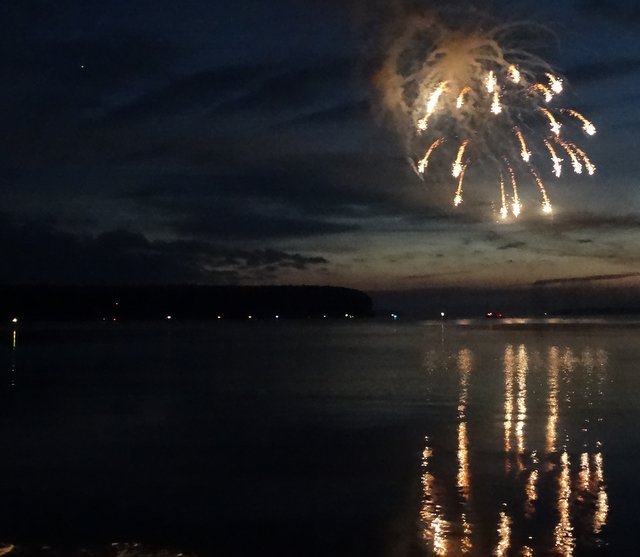