Yesterday Kathy asked if she could see Mark and me in her office and I thought, “Oh, oh!”  However, she only wanted to ask if we’d like to see a free play tonight.  She said she and Tim would cover our evening rounds if we wanted to go, so we jumped at the opportunity.  Our co-workers, Susan and Cherie also went and we followed them to the theater.

This theater is called the Peninsula Players.  Tonight was their dress rehearsal for a play called A Real Lulu.  They invited businesses to send four people tonight so that we could talk up the play to our customers.  It’s good for them and good for us.

We got to the theater early enough to stroll around the grounds. 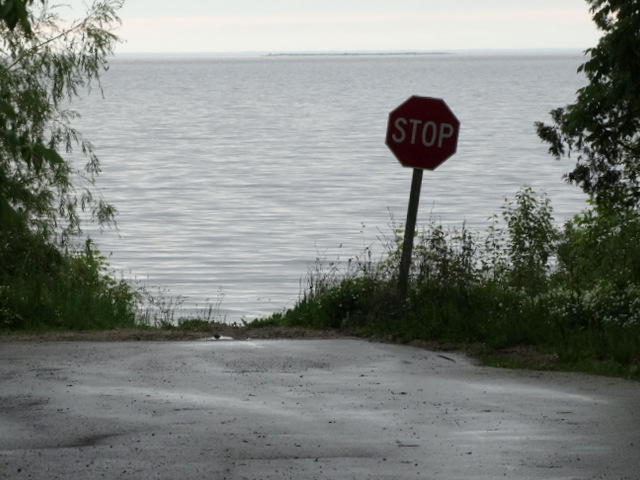 This reminded me of the Shel Silverstein poem, Where the Sidewalk Ends. This road comes to an abrupt stop right before you drive into the bay! 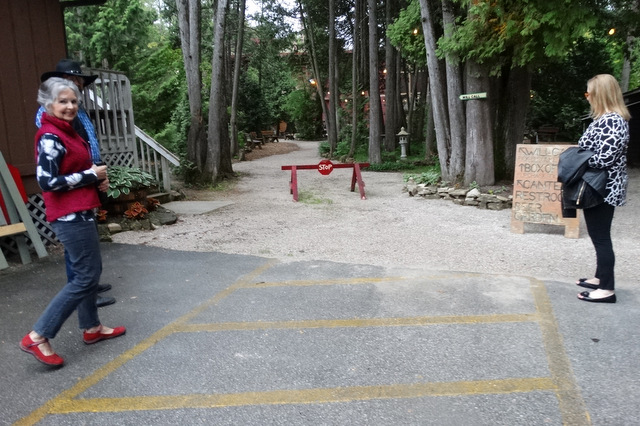 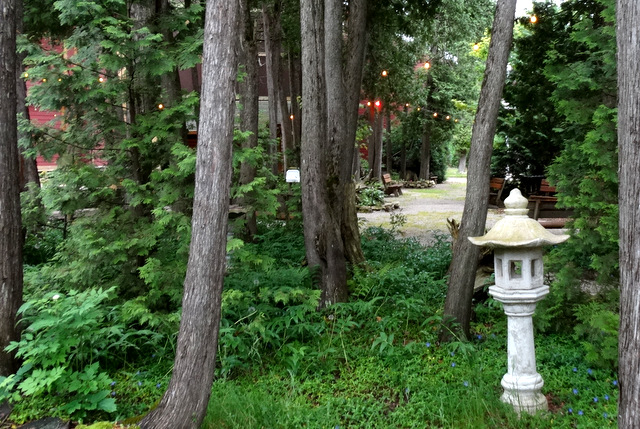 A peaceful setting in the woods.

I found this on a bench. 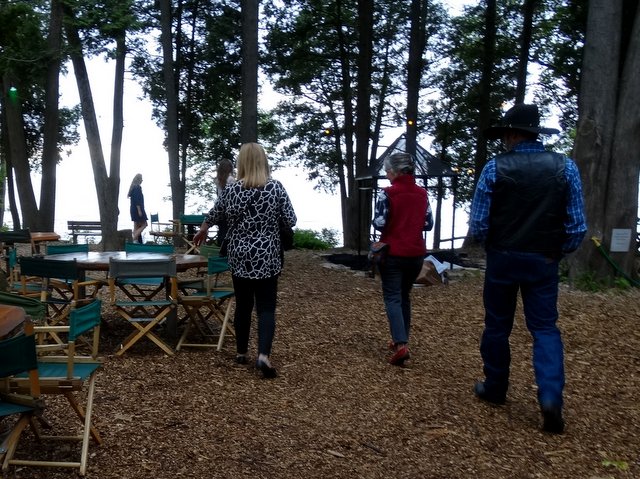 Walking towards the bay 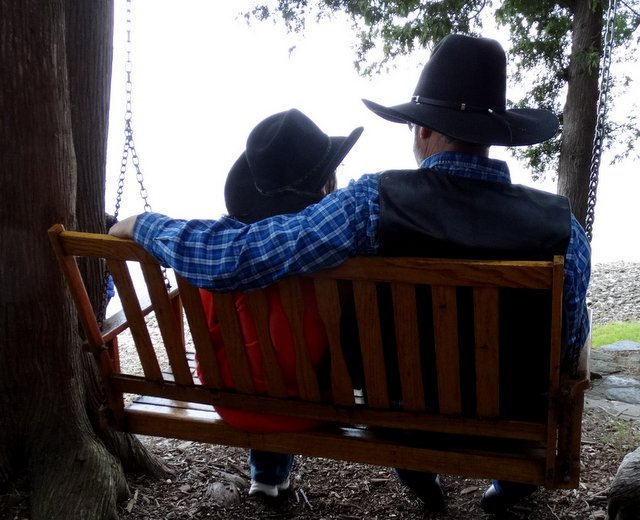 Mark and I sat in this bench swing and Susan, the artist in our midst, took our picture. 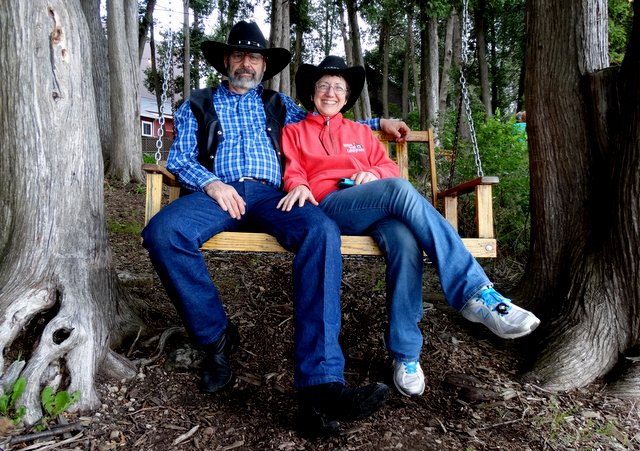 She took one from the front too! 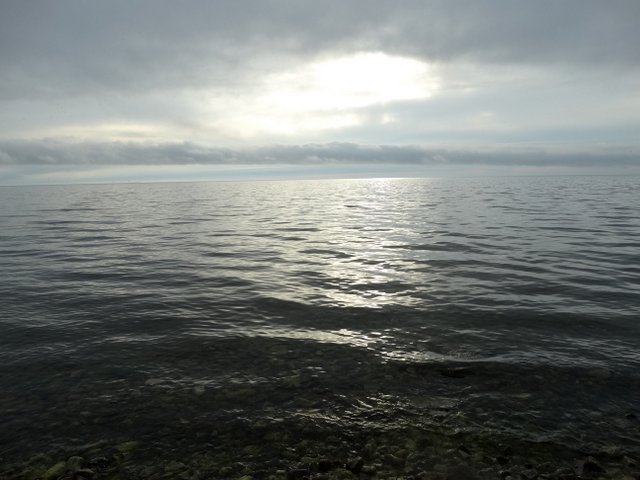 This is what we were looking at. 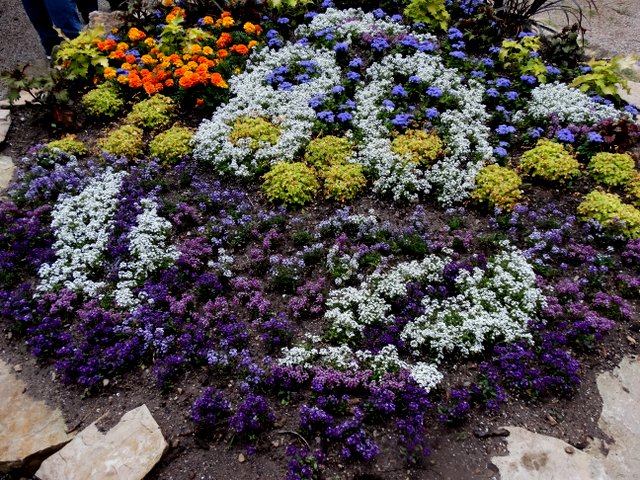 Peninsula Players are celebrating their 80th year of theater. 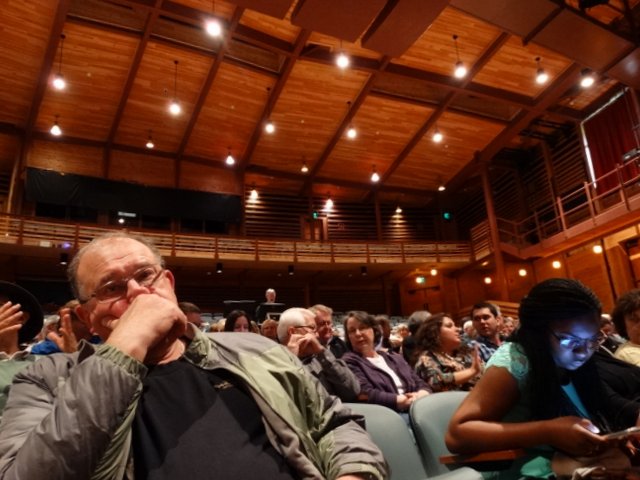 When we were seated inside I wasn’t allowed to take pictures of the stage or the set, but I took this picture behind me.  Turns out the man behind me was worried because he couldn’t find enough help for his restaurant this summer, so I told him about Workamper.com.

The play is a comedy about politics.  Vermont’s lieutenant governor suddenly finds himself becoming the governor.  He’s a shy man who just wants to work behind the scenes to help the people of Vermont, but he freezes up in front of cameras and people.  A big name political advisor and a pollster decide to “help” him but they make a mess of him.  His chief of staff believes in him and sees his true potential.  And there’s a totally clueless temp in the mix who nearly runs for lieutenant governor to the new governor.  It’s hilarious!

During the intermission I ran out to put the camera in the truck, but I saw a few more pictures on the way there… 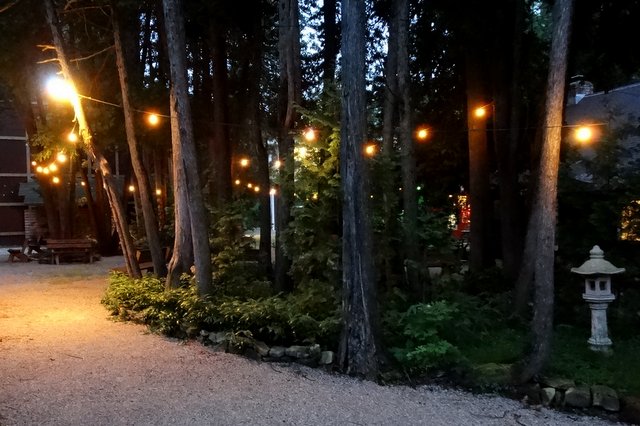 Lights in the trees 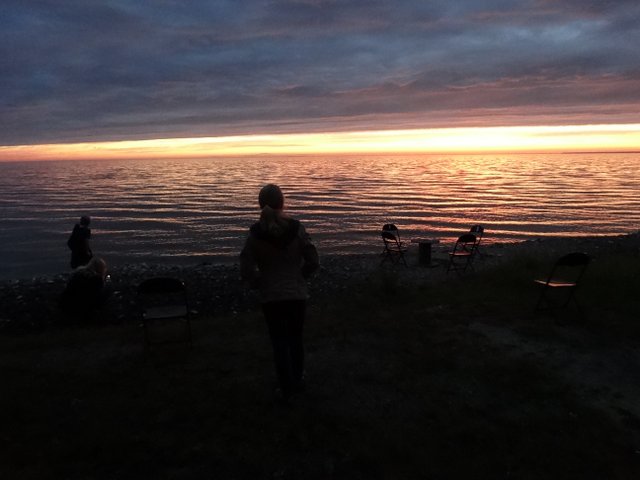 Folks on the shore enjoying the sunset. 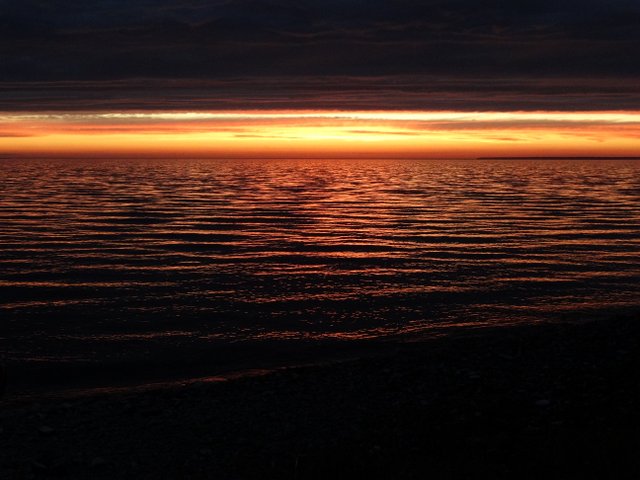 And this is what they saw!

We had the best time tonight with Susan and Cherie.  Thank you, Tim and Kathy, for giving us this opportunity!