This weekend we have a group of A-liners staying at Wagon Trail Campground.  They’re having an A-liner rally.  They’ve been coming in throughout the week, but today most of the rest of them arrived.  “What is an A-liner?” you might be asking yourself.  I grabbed a picture off Google images to show you: 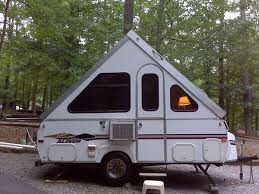 This group has all sorts of things planned for the weekend.  Already this afternoon there was an A-liner training.  It started outside, but when the people got rained on they moved into the adult lounge: 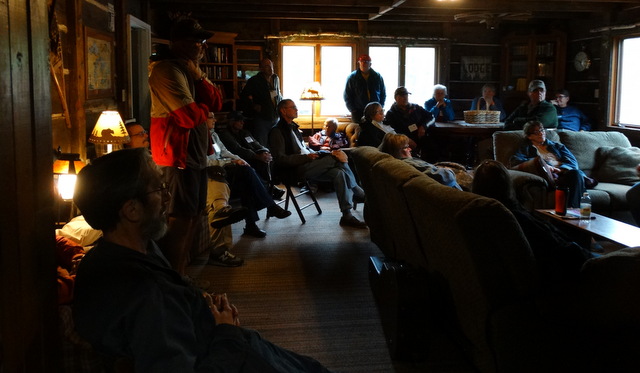 Training in the lounge

In the meantime, the game room was being used by a group of musicians that only play together once a year when they come to this rally.  There were two guitars, a flute, and two different kinds of dulcimers.  I asked about the dulcimers and the man I spoke with explained that the large dulcimer is called a hammer dulcimer.  It’s an ancient instrument that’s been found in archaeological digs. 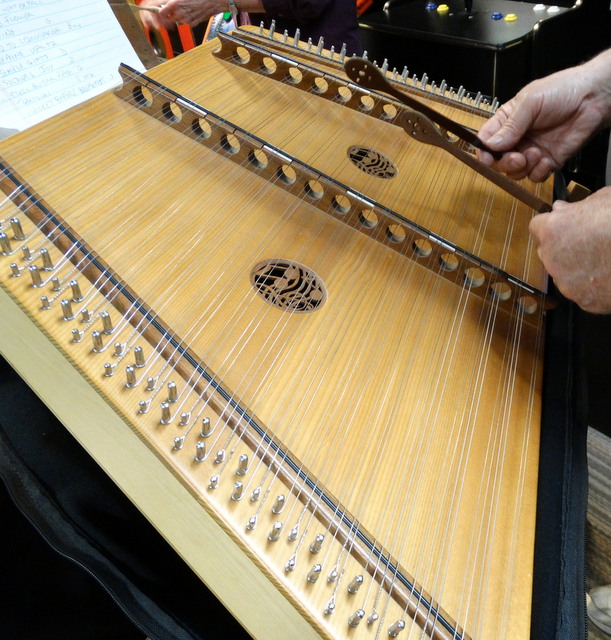 The smaller dulcimer is called a mountain dulcimer.  It’s the kind that was played (and probably still is) in the Appalachian Mountains. 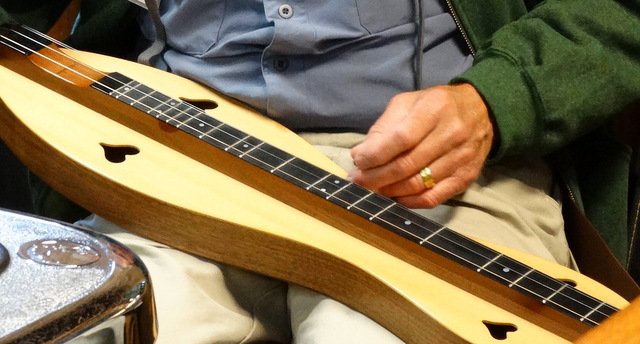 The man I was talking with had a set of songs written down so I requested a few of them I was familiar with and I sang along. 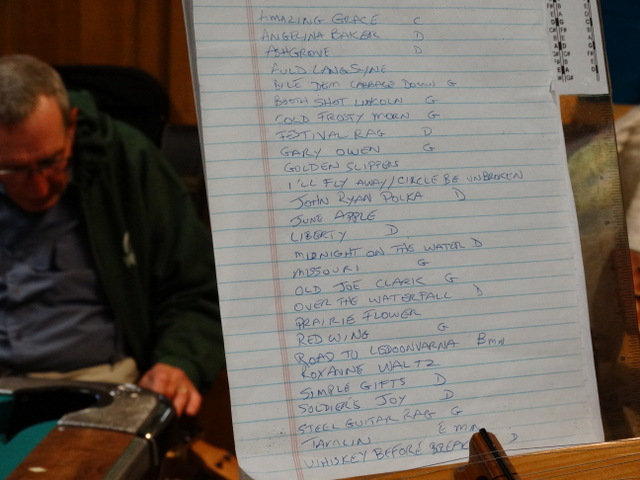 I asked for Amazing Grace, I’ll Fly Away/Will the Circle Be Unbroken, and Simple Gifts. 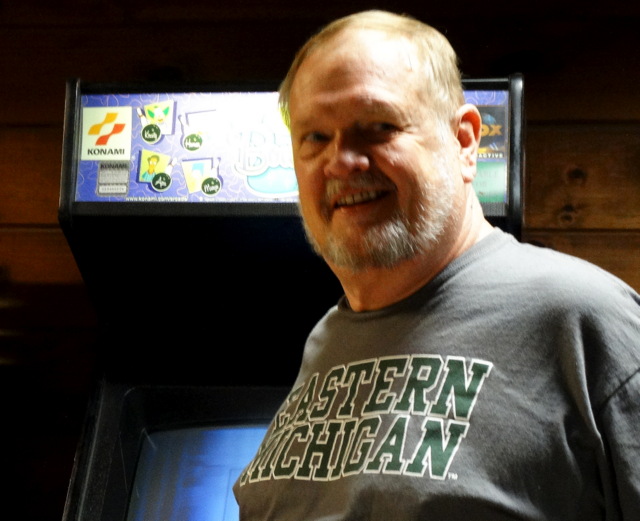 This was the man that explained the dulcimers to me. 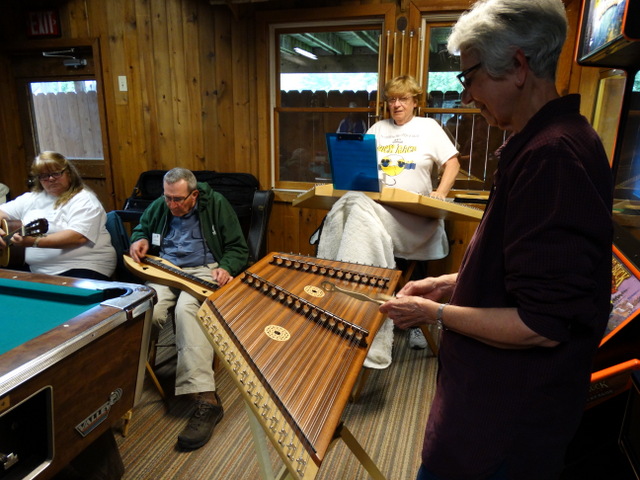 It looked like so much fun!  Mark wants a hammer dulcimer now. 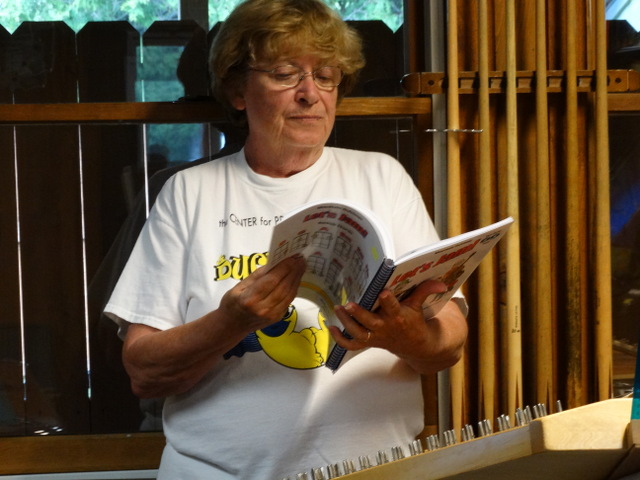 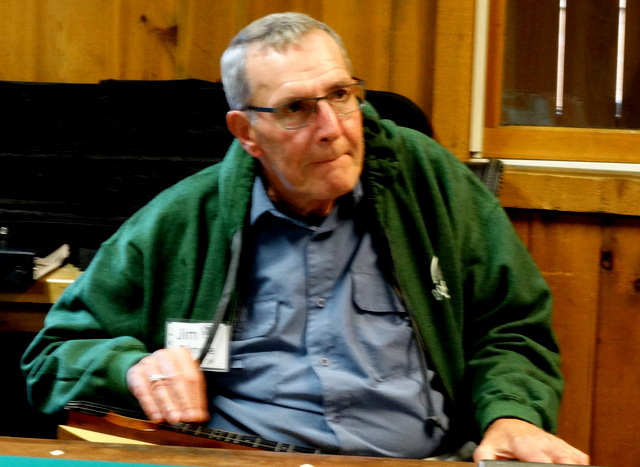 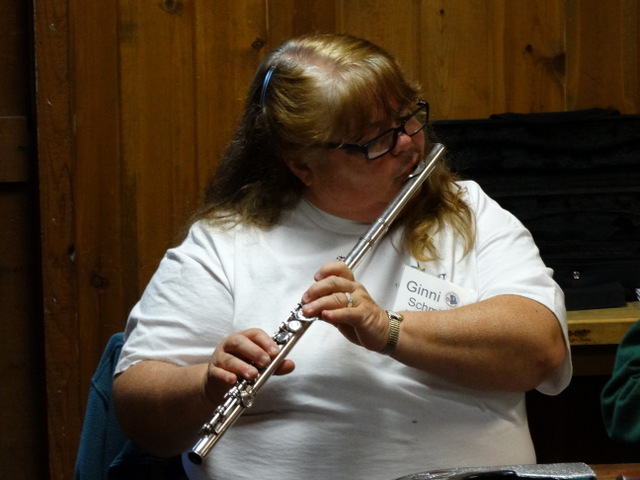 Ginni could play both guitar and flute. 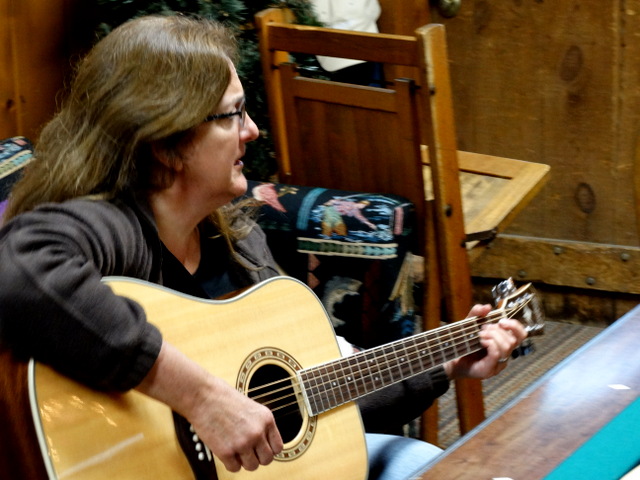 The group playing together

Crowded as the room was, there were people there listening and videoing the group: 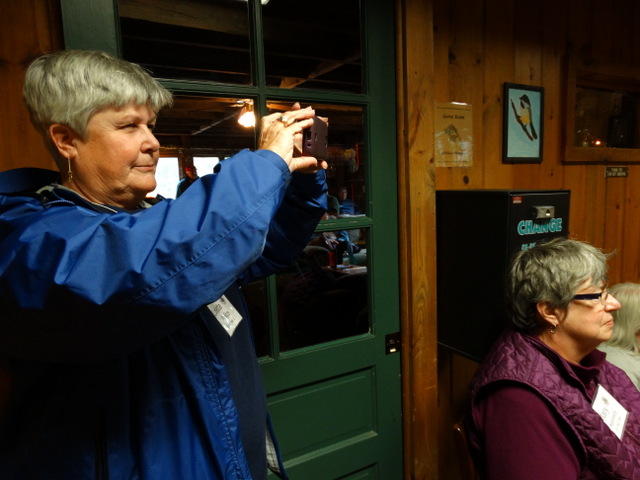 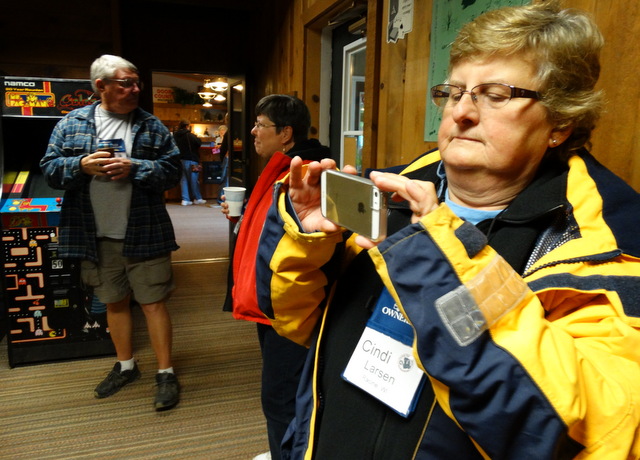 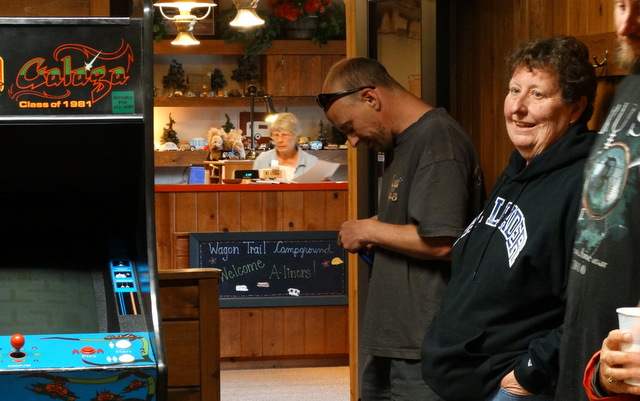 And even Judy working in the office (through the open door)!

It was time for me to go home, but I stopped to chat with folks who were waiting outside for more arrivals to come in and visiting with each other.  Nice, nice people! 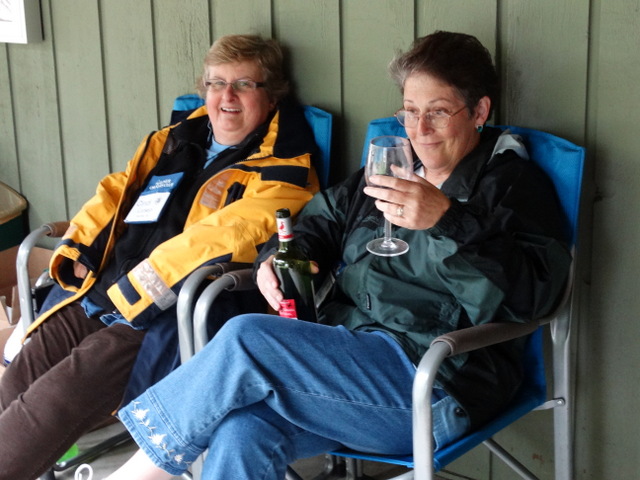 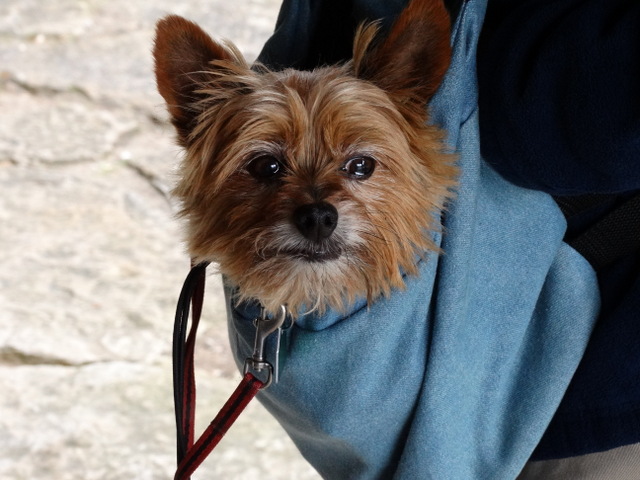 A little guy named Hercules who was staying warm in a sling around his human’s neck.