We extended our stay in Kerrville for all of last week to try to get things set up so we could get the Harley into our new truck.  We still don’t have a tow bar for the truck, but today we left Kerrville behind us with Mark driving the RV and me driving the truck with the Harley in it.

The whole time we’ve been in the RV park on the outskirts of town, we’ve been within nineteen miles of Bandera, the Cowboy Capital of the World.  We never went to see it while we were living so close, so today we drove to Bandera.  It was a bit disappointing.  I’ve seen town’s that could better qualify as the “Cowboy Capital of the World”.  Shoot!  Kerrville could have been the Cowboy Capital of the World judging by all the ranches and cowboy hats I saw around there.  But we saw what there was to see in Bandera, had lunch in a restaurant full of old photos of cowboy actors (with a whole wall dedicated to John Wayne), and there was even a Native American dressed up with war paint offering to let us have our picture taken with him and his “war” pony for $5.  He wasn’t there when we came out of the restaurant, but he was as we were driving out of town so I caught a free picture of him and his horse through my windshield.  (Shame on me!) 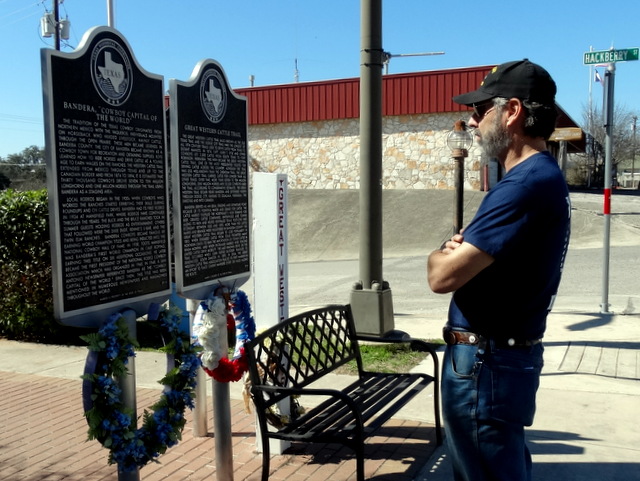 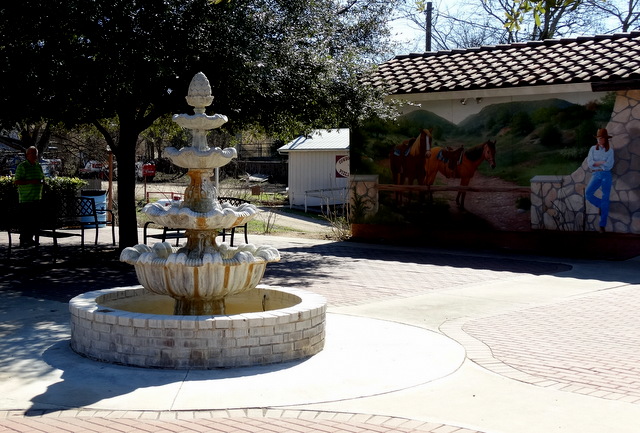 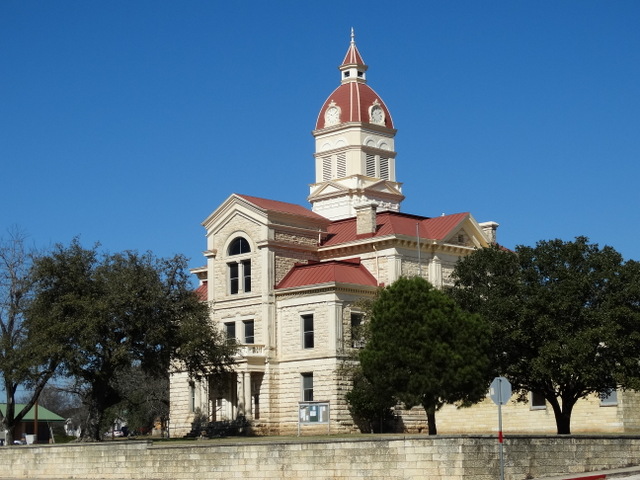 An interesting building…Don’t know what it is, but I like it. 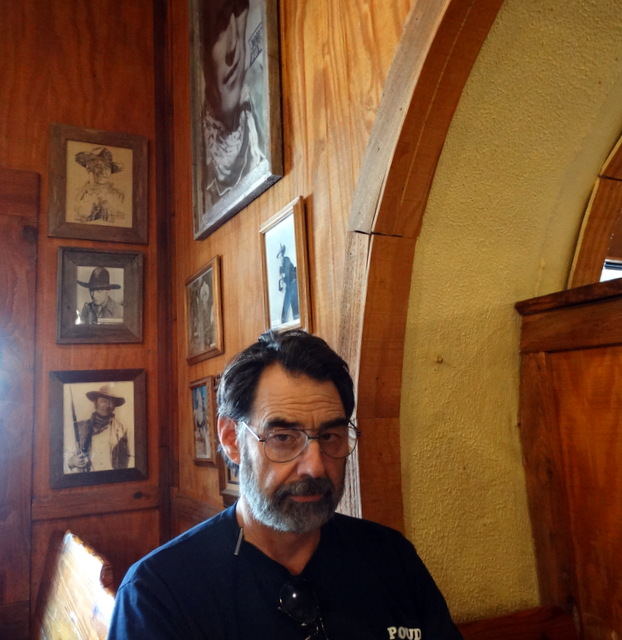 In the restaurant with all the cowboy pictures. 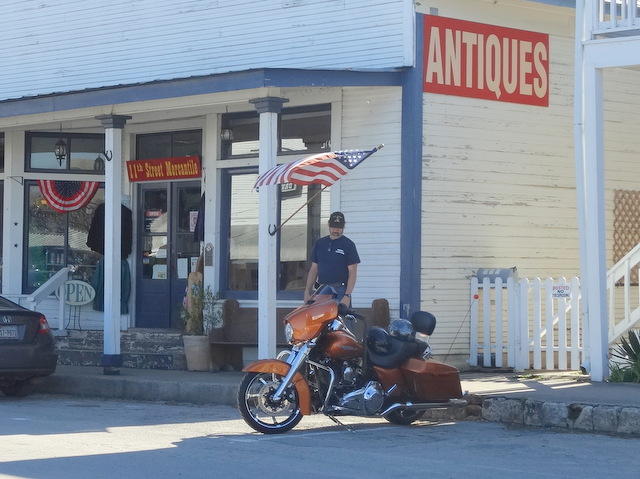 Even in the Cowboy Capital of the World, Mark stops to check out a bike. 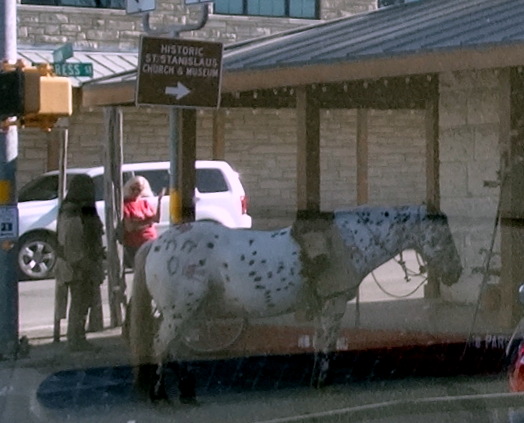 Stolen shot through my windshield. The Native American is talking with the woman in pink.

We left Bandera in the heat of the day (mid-70’s at least) and skirted around San Antonio to the south side.  We’re going to stay in an RV park here for a week or two, partly because we’re still waiting on the tow bar to come in and be installed at Camping World, and partly to finally do some sight seeing in San Antonio!

PS – If you watched “60 Minutes” tonight and saw the first segment on DARPA, the 15-second shot of a miniature drone is what the company my son, Jamey, works for has been working on.