Yesterday after our afternoon cleaning, we joined the seasonals and staff for the annual fall potluck.  Here are some pictures: 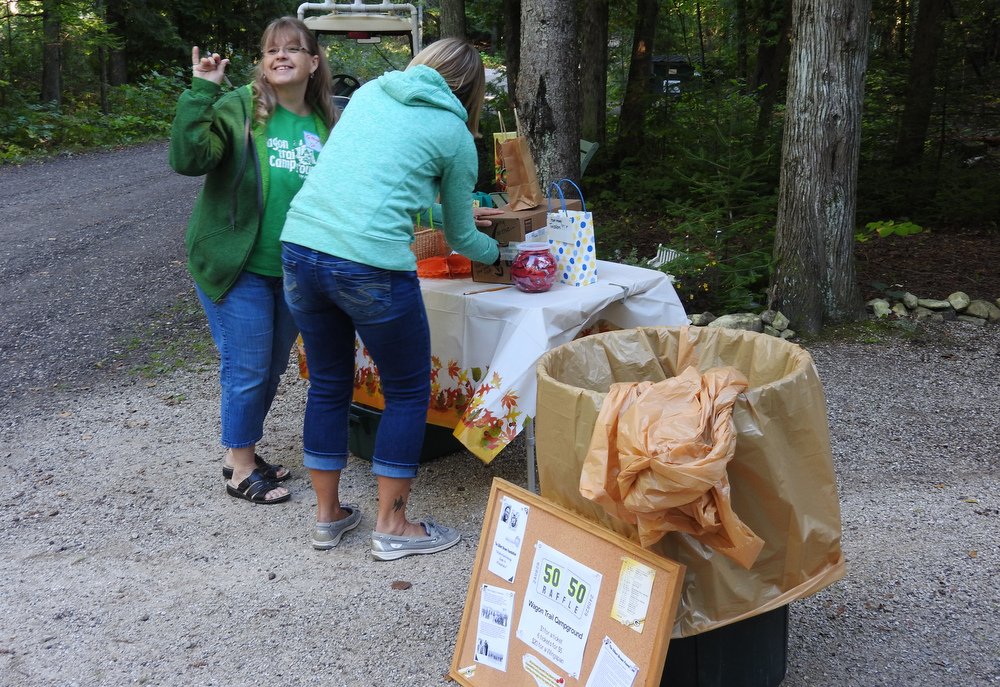 Kathy had a contest table set up, and for the first time this year she did a 50/50 contest as well. There’s a former Green Bay Packer, Gilbert Brown, who does a lot of charity work for children. He’s on the board of the Campground Association here in Wisconsin, and they keep asking the campgrounds to donate to his foundation. The 50/50 was Kathy’s means of doing that.  The way this works is you buy however many tickets you want and the other half of the ticket goes in a basket.  Someone draws one of the tickets out of the basket and the winner gets half the money that was paid for the tickets.  The other half, in this case, went to The Gilbert Brown Foundation. 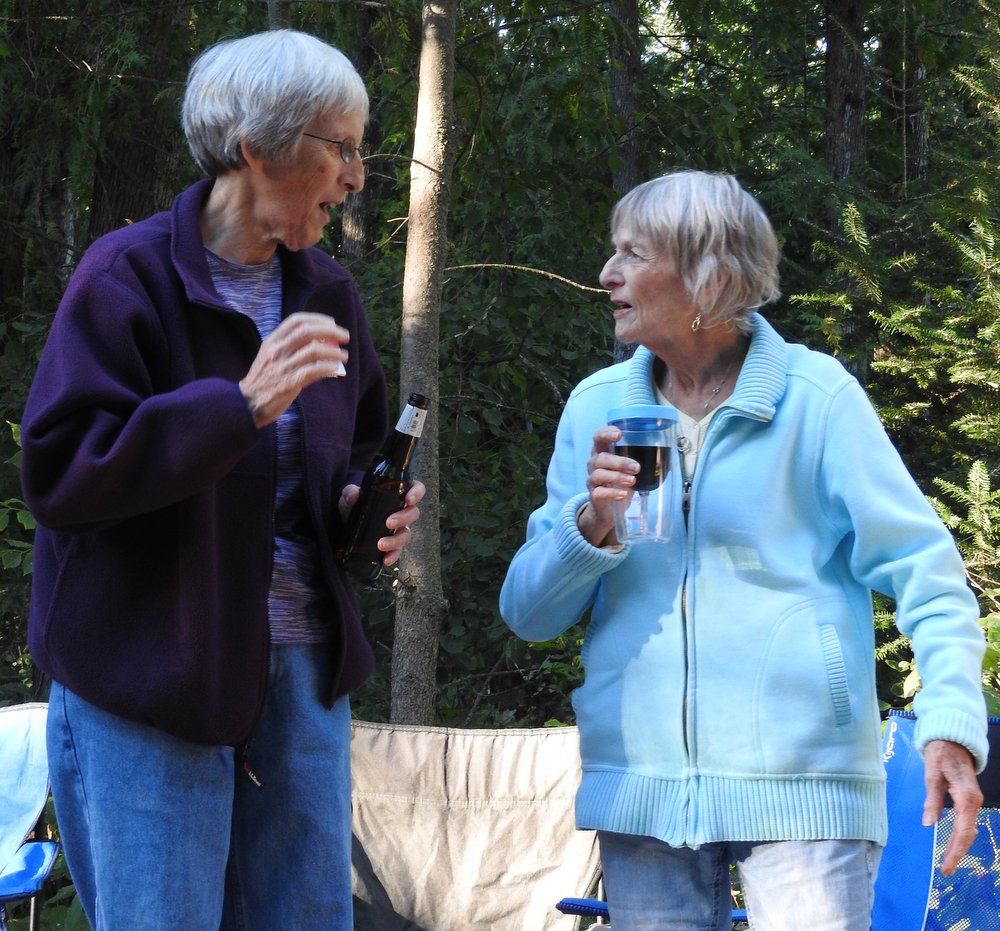 I think someone said the woman on the right has been a seasonal here the longest. 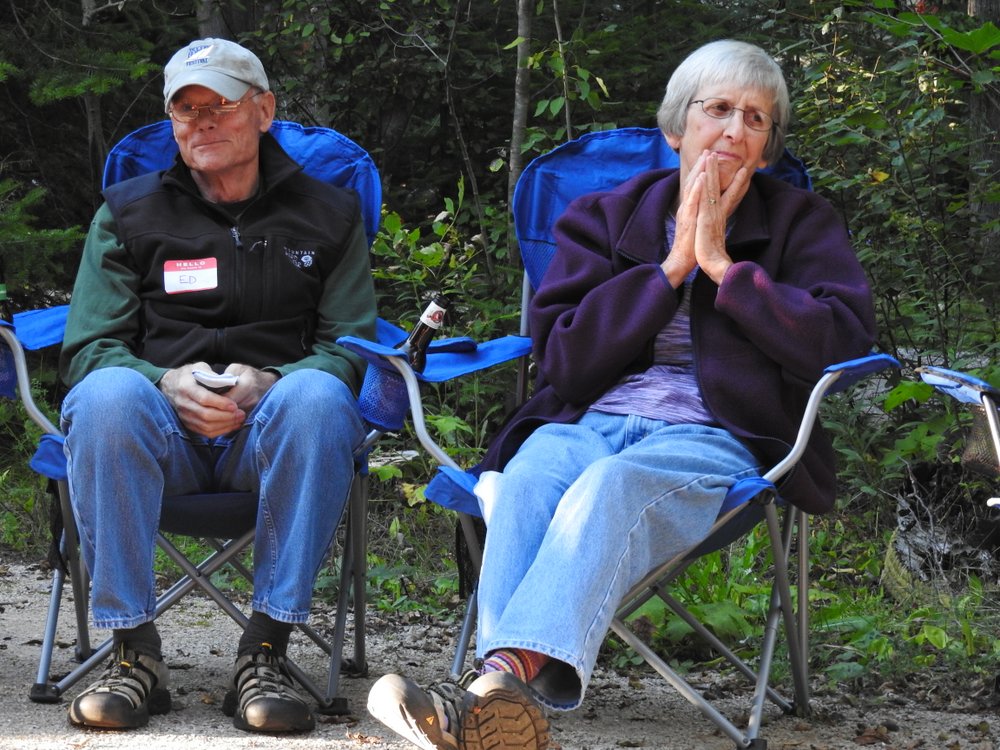 Paul Atkins, one of my seasonal friends, was telling us these were former professors of his. 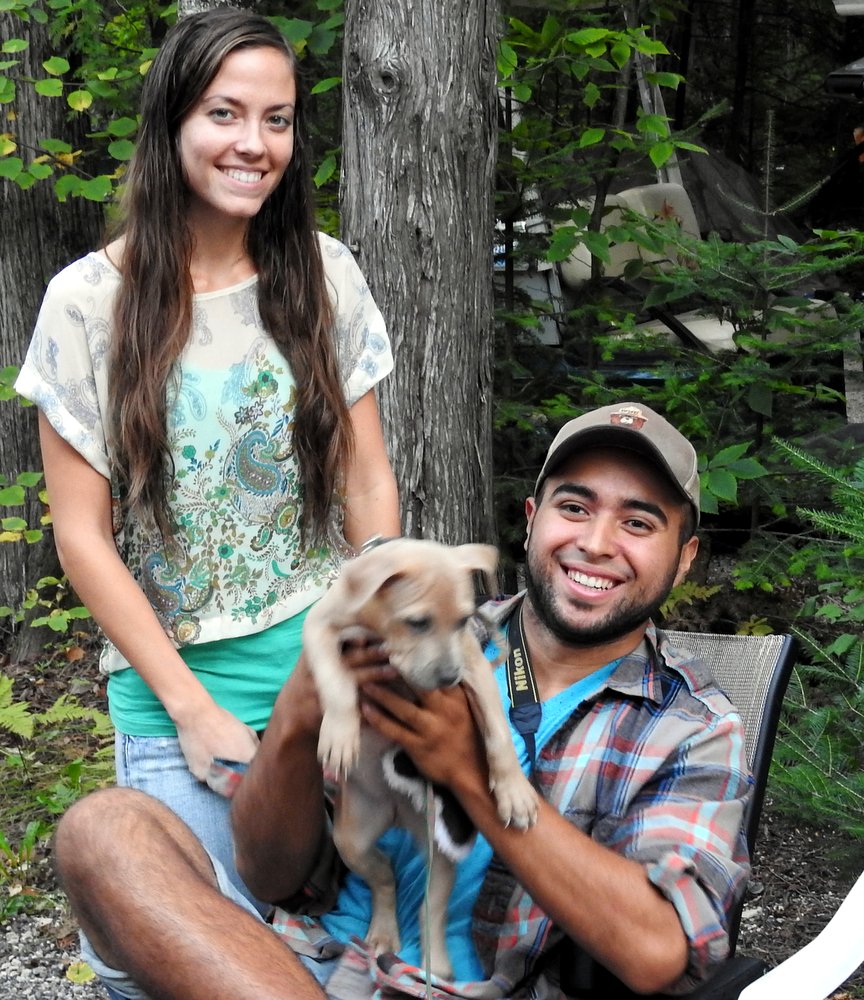 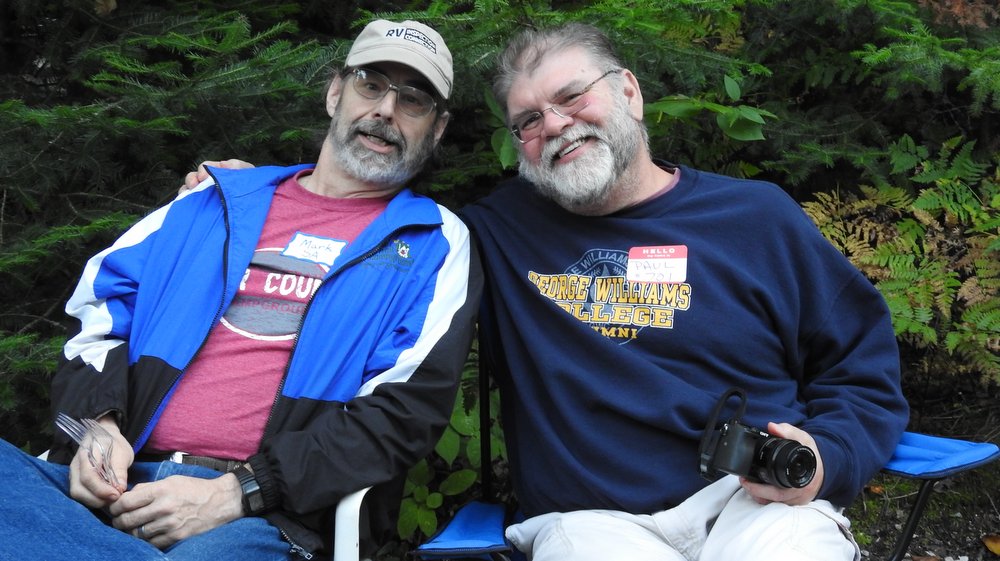 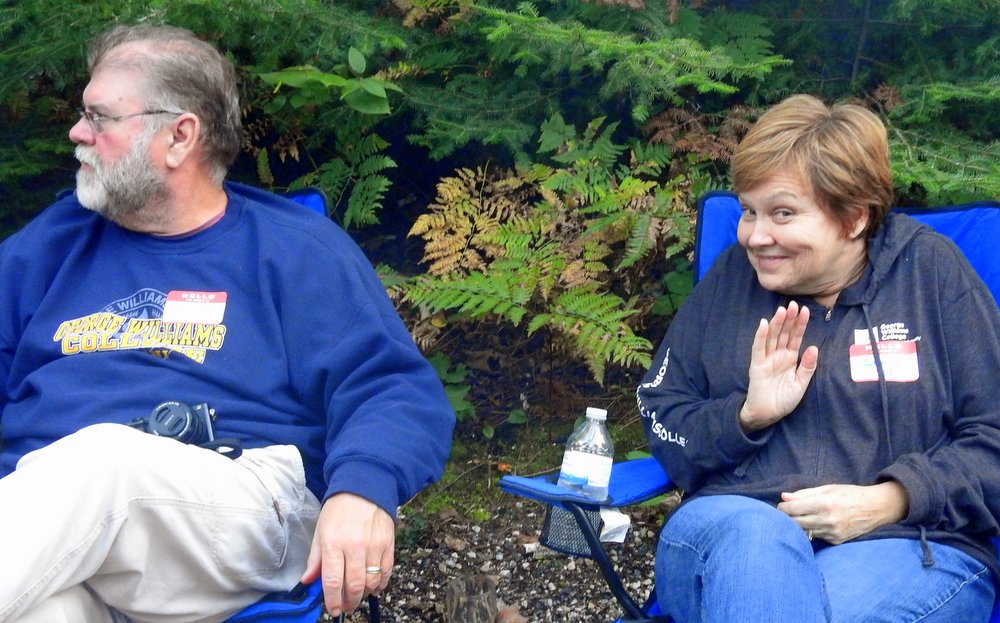 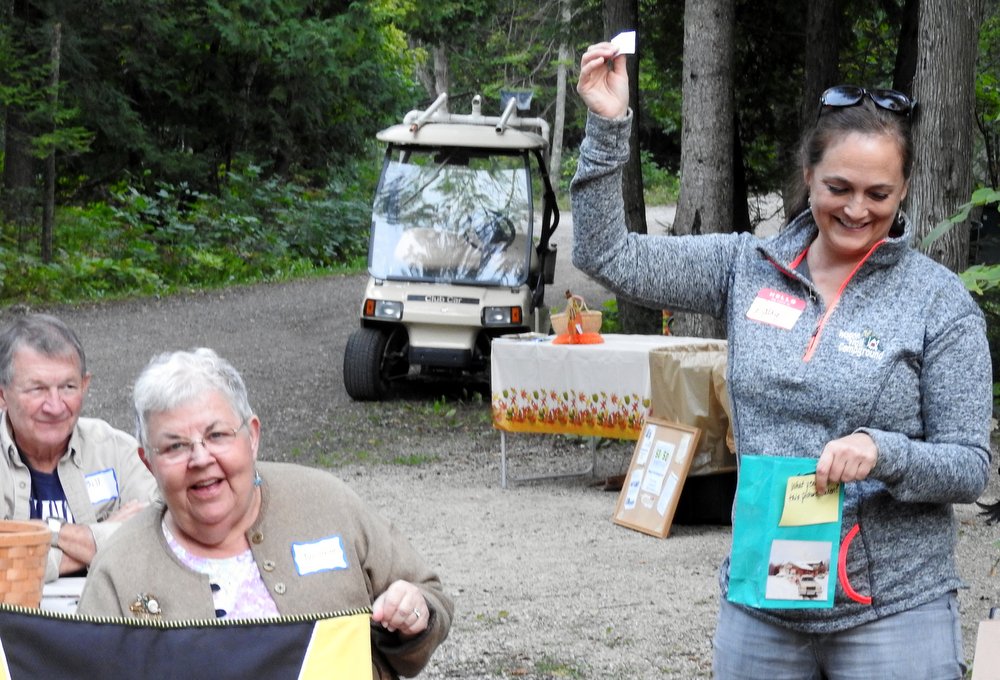 Kathy running the contests. That’s my friend Roseann and her husband, Bill Curran, on the left. 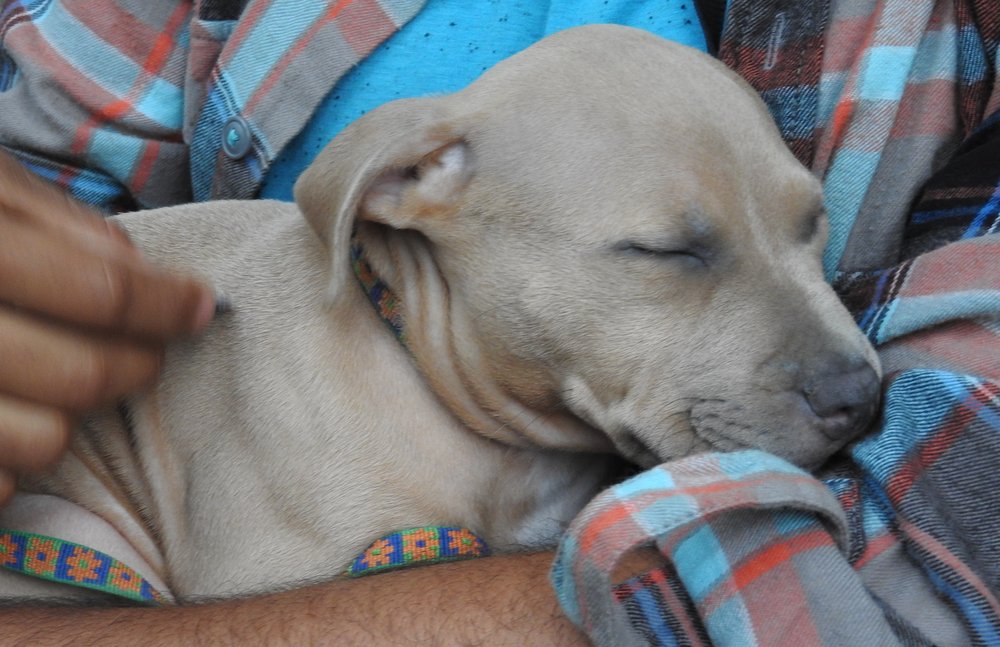 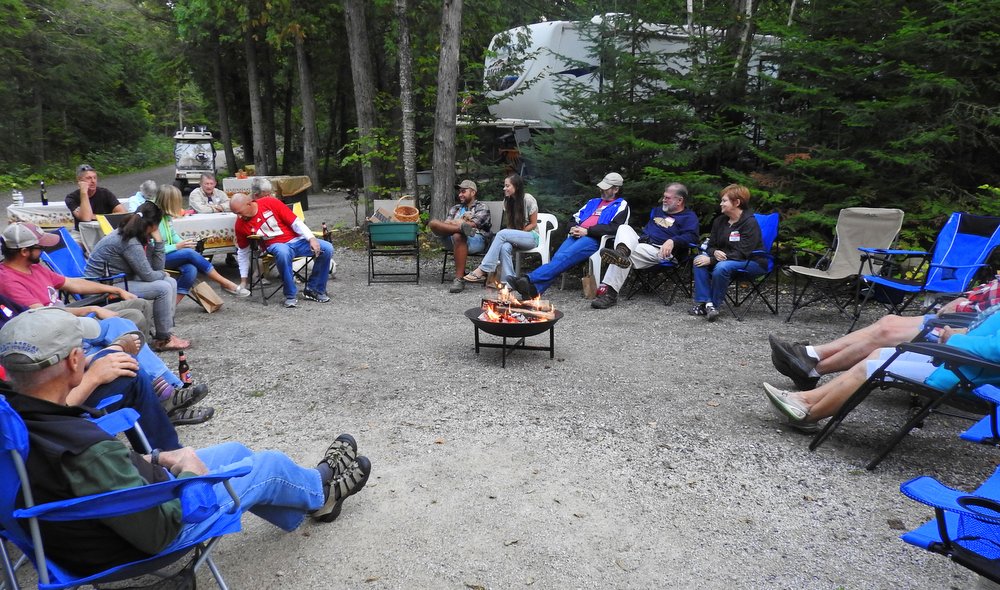 As it got a little cooler in the early evening, Tim built a fire and everyone sat around it. 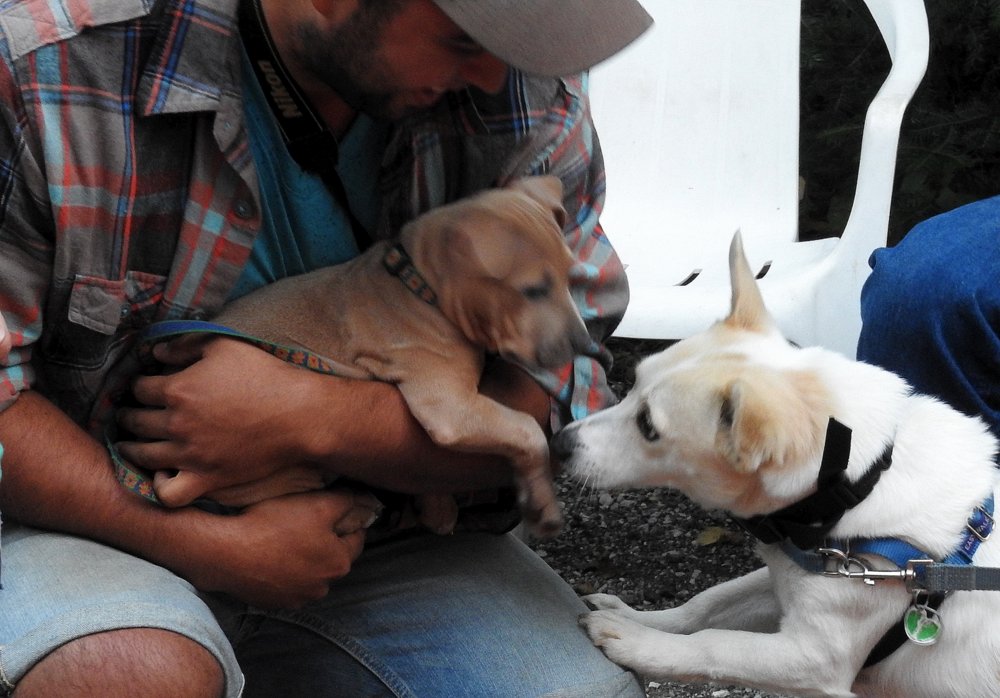 Paul’s dog, Frodo, had to check Nala out. 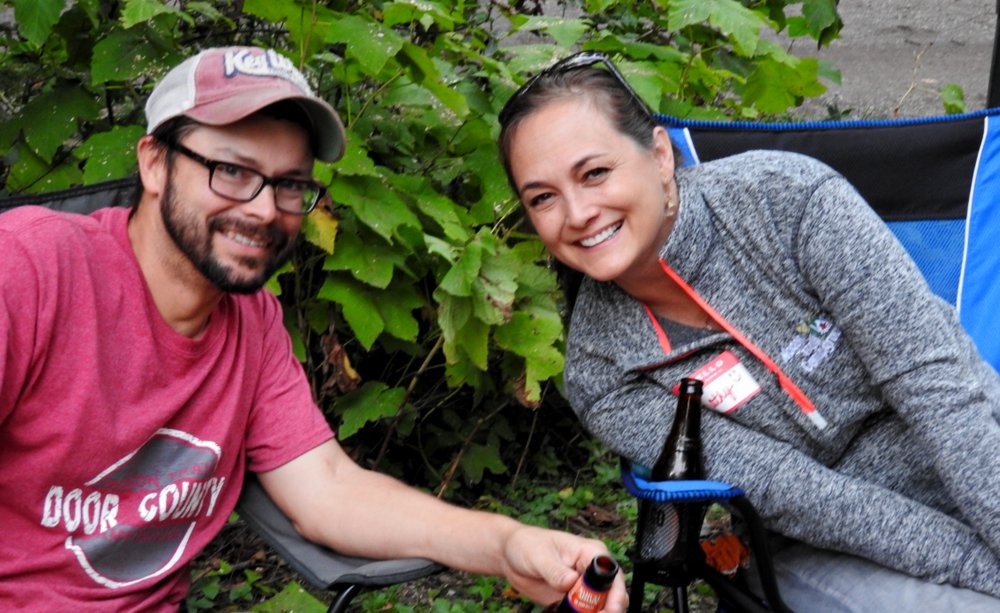 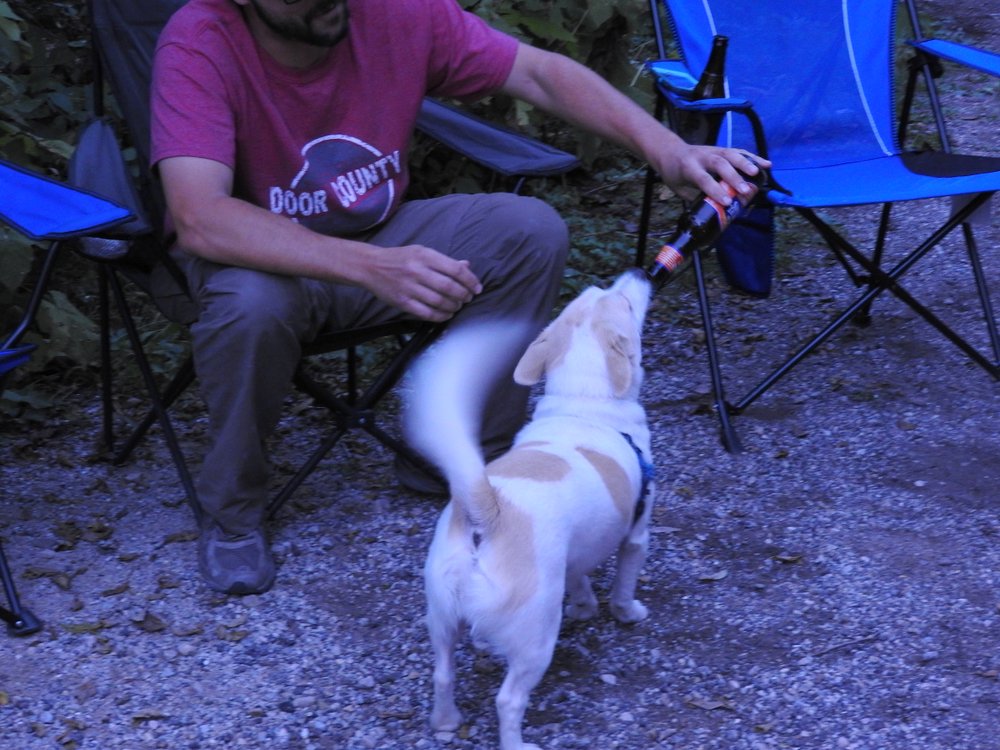 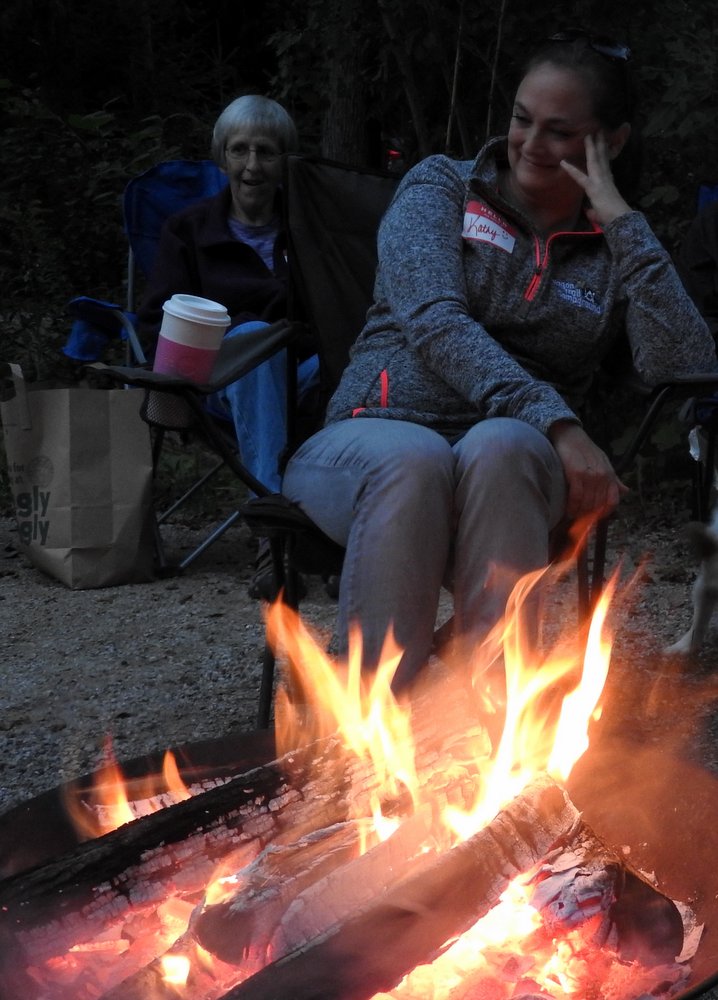 As it started to get dark and cooler yet, we all pulled our chairs closer to the fire. 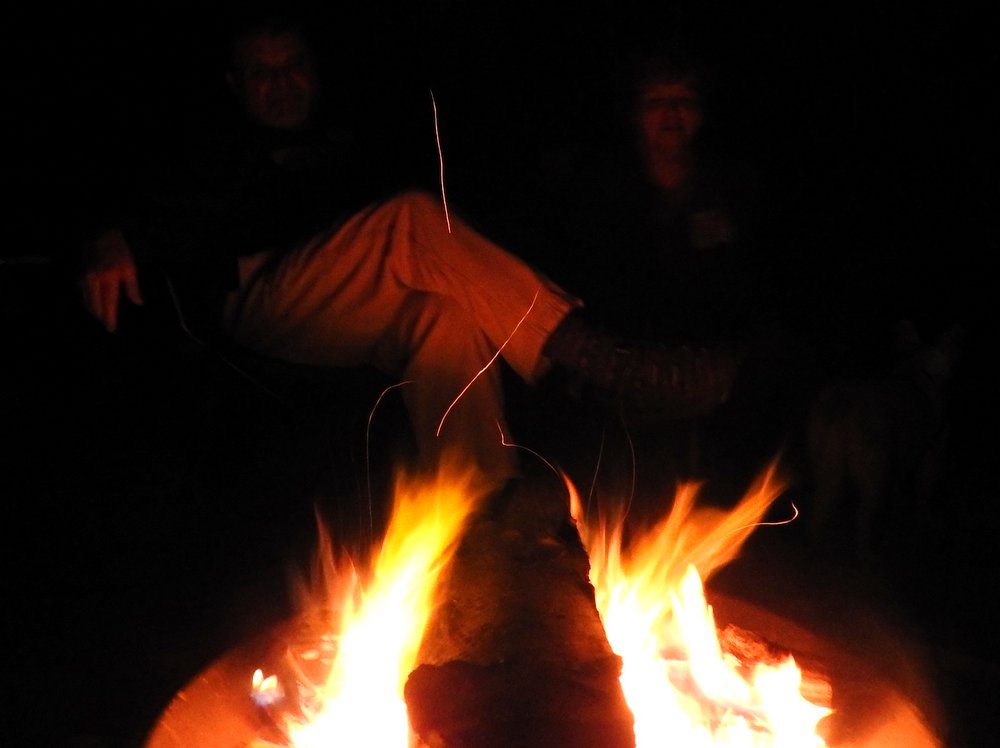 Oh, one of the highlights for my friend, Paul, was when I tried to back our golf cart out of the space Mark had parked it so I could run home and get something.  As I was backing the cart up I bumped into one of the picnic tables.  Paul will likely never let me live it down: 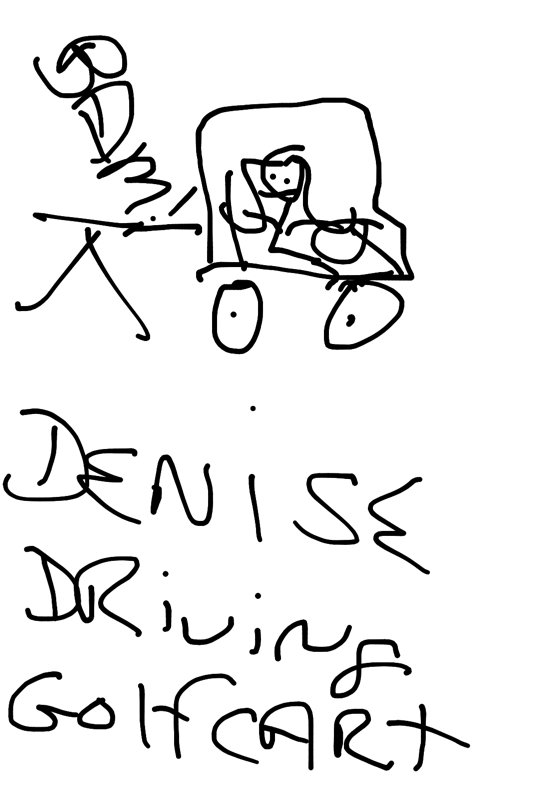 Paul sent me this sketch tonight.