I emailed everyone I could think of this morning to forestall anyone worrying about us when they saw the news about the tornado that hit close to where we are.  For those of you who didn’t get an email, you needn’t worry about Mark and me.  We slept through the whole storm and it didn’t greatly affect Sun N Fun.  We’ve seen lots of Spanish moss on the ground and one of the wifi towers was down this afternoon, but everyone here in the park is safe.

Last night as we were getting off work, the rain began to pour down.  It was warm in spite of the rain and we left the door open for a while.  At one point during the evening, Dobby somehow got out.  Mark called to him, but he hid under the RV so Mark closed the door in frustration.  The rain came down fast and furiously all evening and we even heard thunder.  Finally, when I thought Dobby might be ready to come in, I opened the door.  I didn’t even have to call.  He was standing on the steps meowing loudly and looking like a drowned rat!  I towelled him off and then Mark and I went to bed and slept soundly through the night.

We went to church this morning, which is where I first heard mention of the tornado.  I guess it hit the beach.  We are a little further inland.

Church was interesting today.  It was “Women’s Sunday” which meant that the women did everything.  The pastor’s wife preached, women collected the offering, and I was asked to say the pastoral prayer.  This is the prayer after all the prayer requests have been mentioned and right before the sermon.  I felt honored to be asked!  The pastor’s wife, Sharon, used Philippians 4:4-8 as the main body of her text.  She had us repeat: “Worry about nothing; pray about everything.”  That’s a good mantra for a worrier like me to repeat to myself fairly often!

It’s been a week since I wrote, so there is other news.  A few days ago I saw the woman who had a model dog that I photographed.  (See example below) 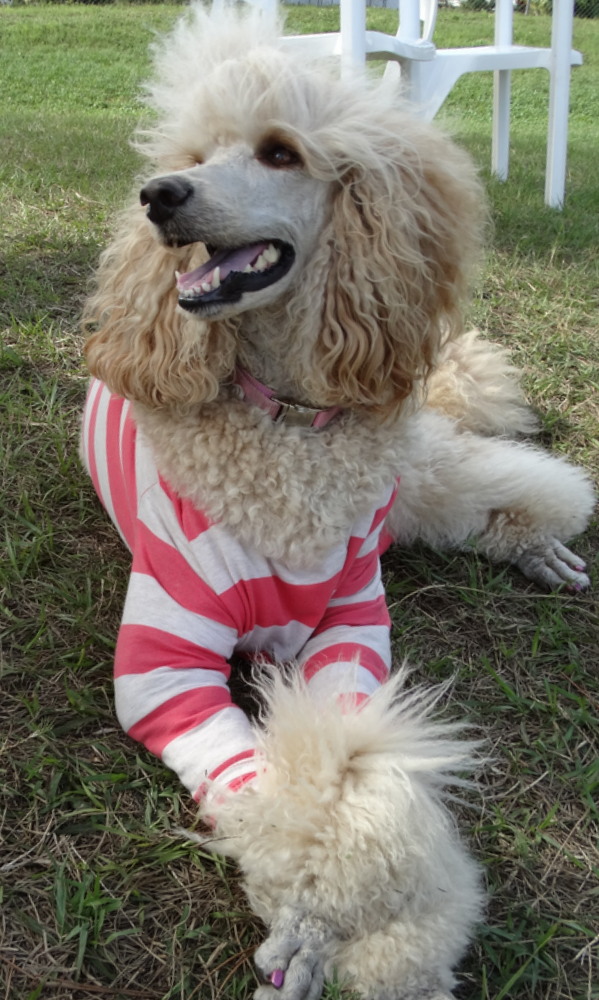 This is Canelle (pronounce Canyell, meaning Cinnamon in French). She speaks French and her mom is from Canada.

Anyway, I learned that the pictures I took of her dog have been sent around the world: Russia, Poland, and other parts of Europe.  Awesome!

Our assignment for the photo club this week was to shoot some of the activities here at Sun N Fun.  I found a line dance class to shoot: 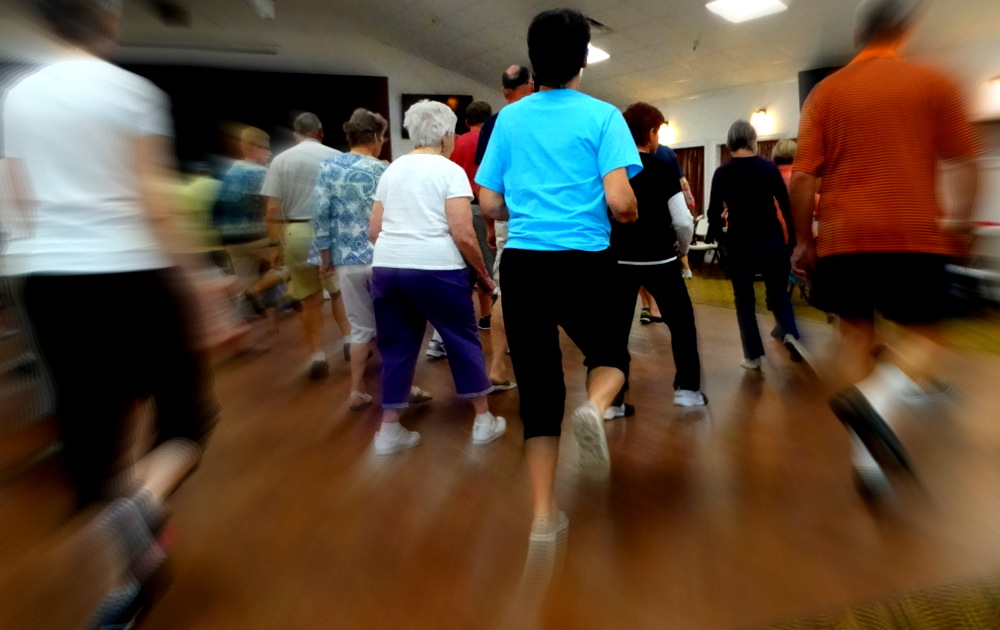 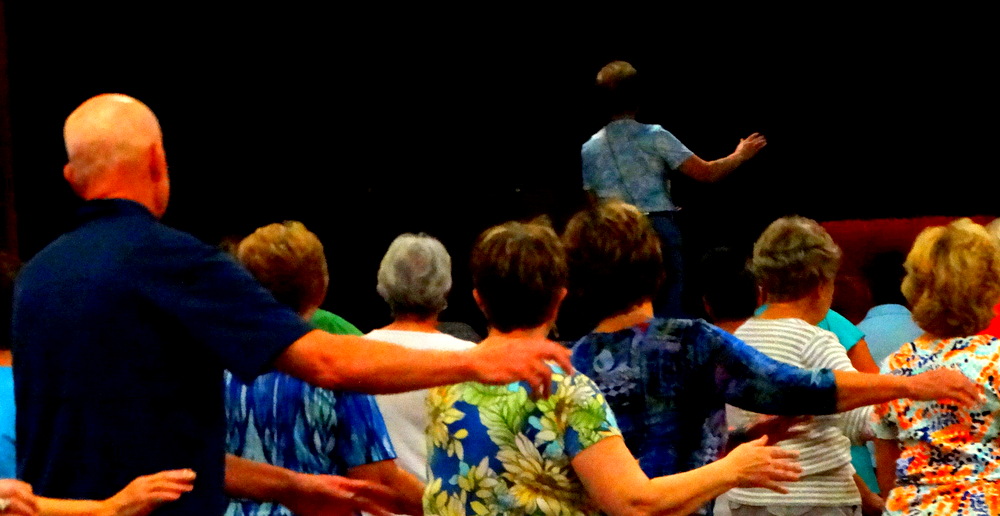 A leader up on the stage 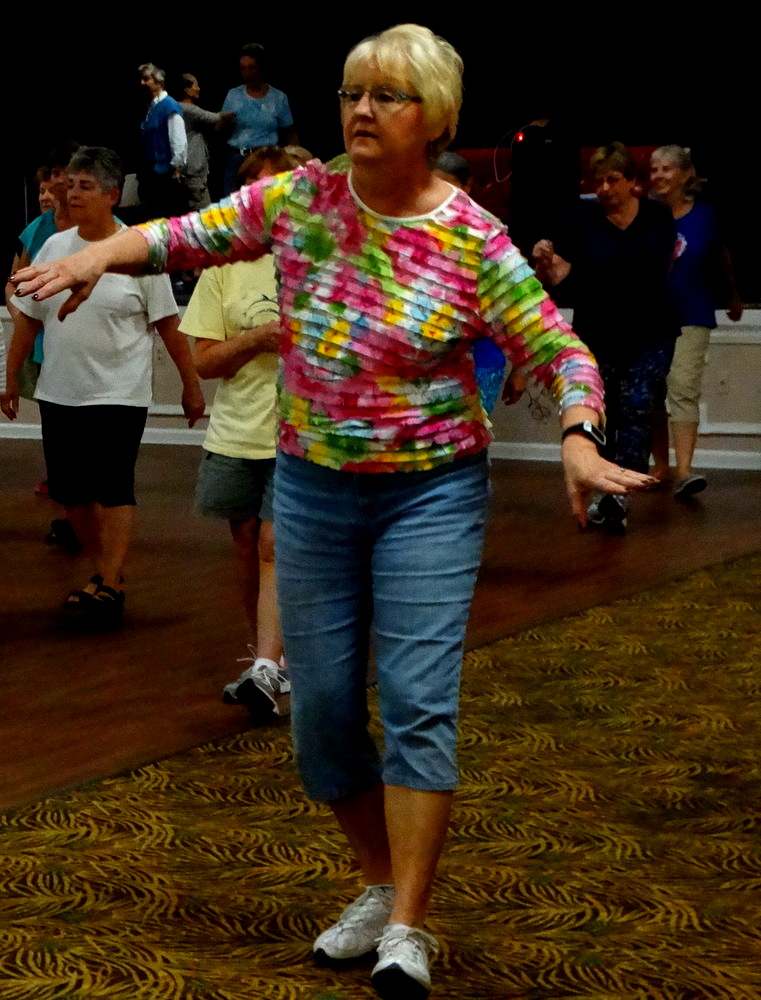 A leader to the side 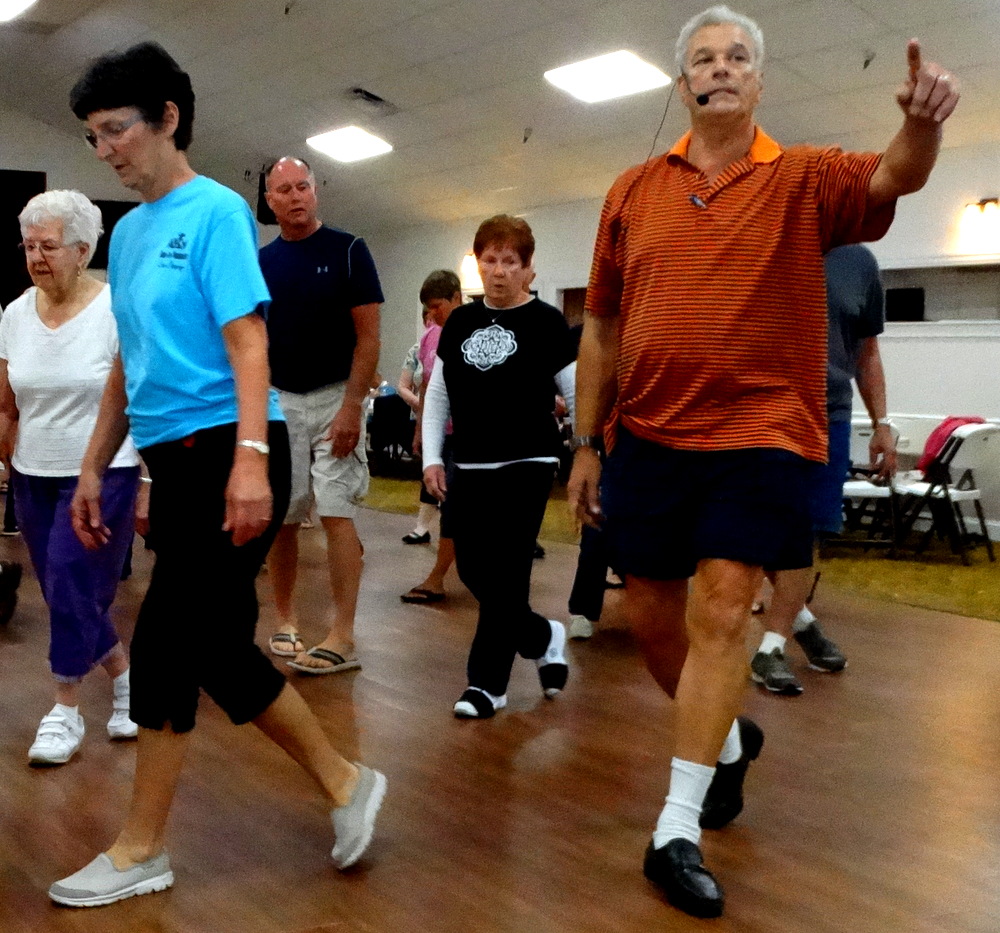 And a leader at the back of the room.

Mark ordered a Fujifilm camera and it arrived this week.  He’s interested in coming to the photo club with me now, so I suggested he do the assignment even before attending the first class.  He photographed a pancake breakfast we attended yesterday morning (Saturday) that was put on by the color guard.  Here are his shots: 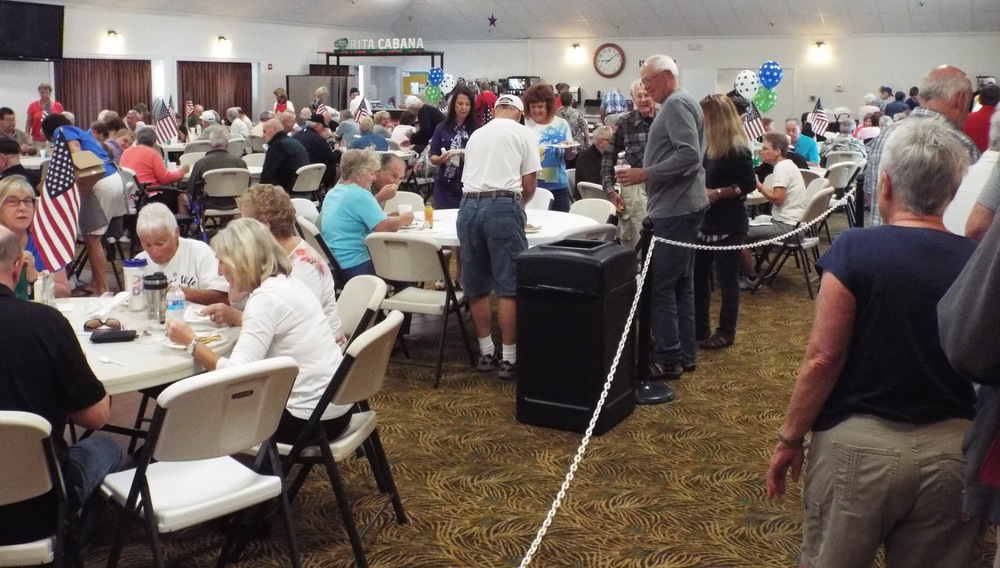 A roomful of people. This is in the same room as the dance class I photographed. 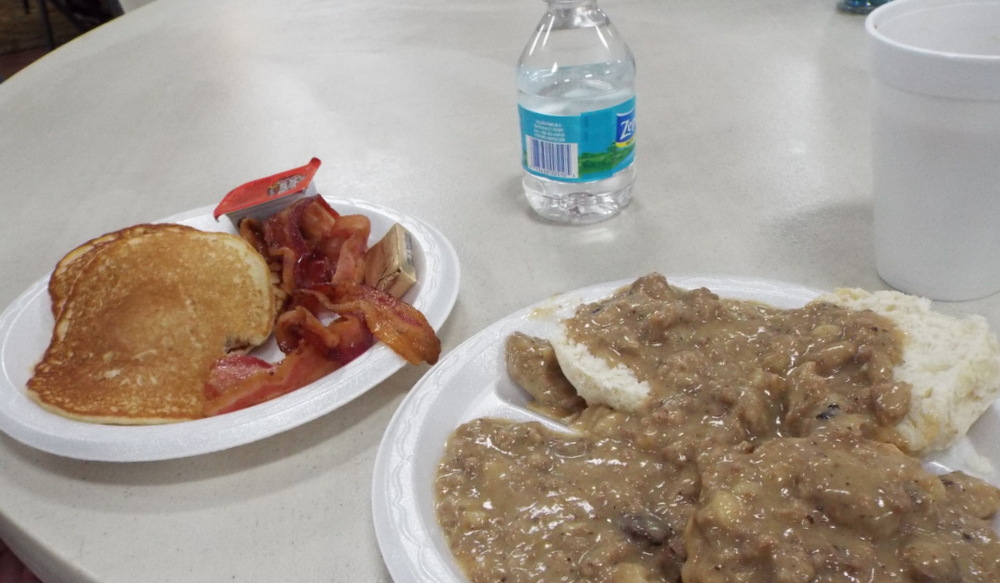 I had the pancakes and Mark had the SOS breakfast. 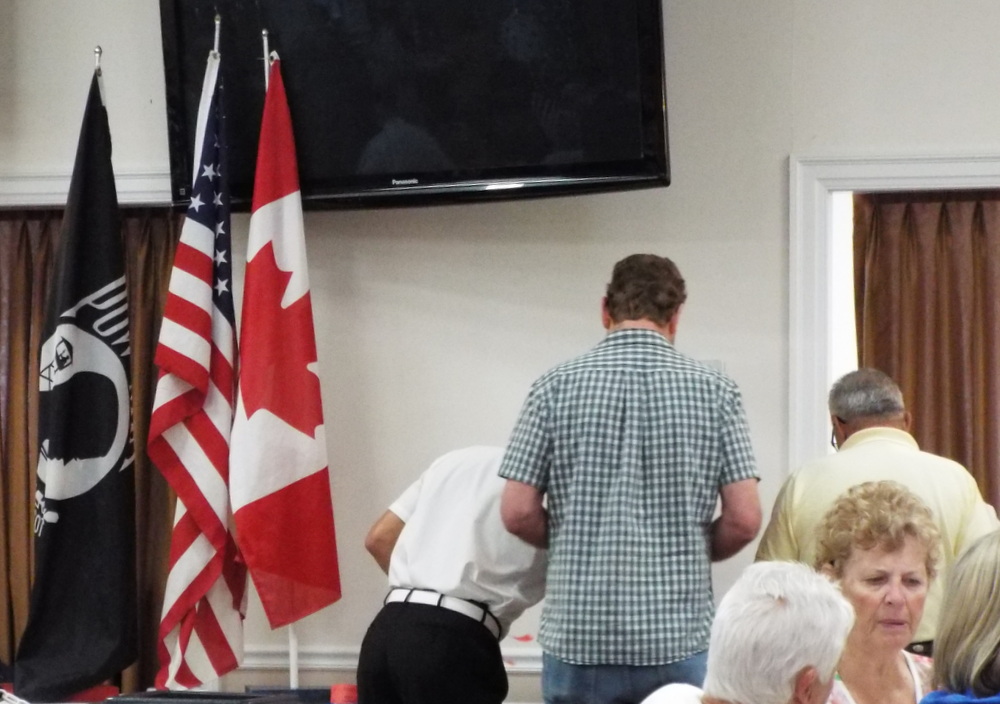 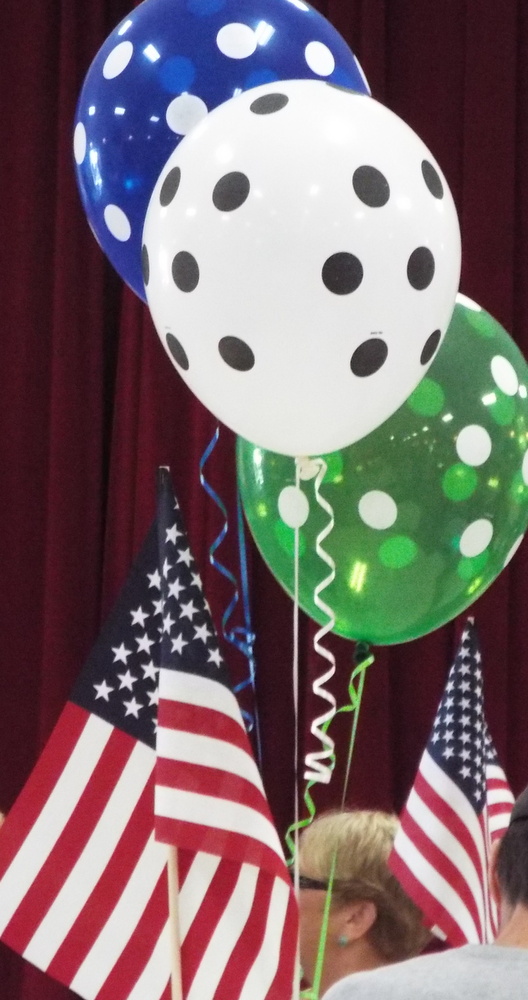 Last week was a full week for me: quilting on Monday, photo club on Tuesday, women’s Bible study on Wednesday, sewing on Thursday, a chiropractic visit at the Wellness Center on Friday, the pancake breakfast on Saturday and church on Sunday.  There is so much to do here, and that doesn’t even include work!